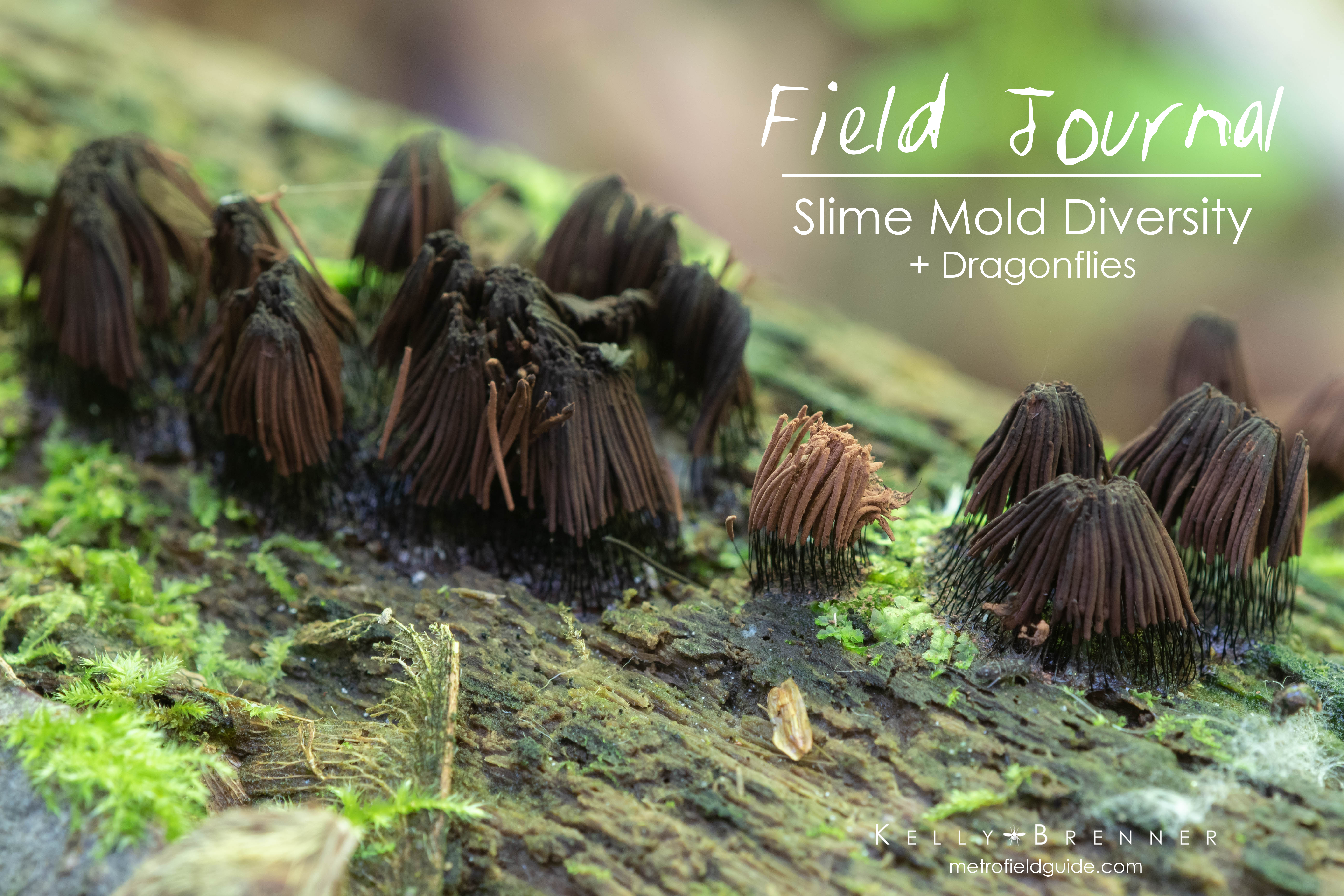 There is one constant about being a naturalist, it is always surprising. A couple of weeks ago I went to the beach for low tide and was surprised when I found no sign of the shaggy mouse nudibranch, or their eggs, which I commonly find this time of the year under rocks. On the other hand, I went looking for slime molds this weekend, not expecting to find many because of the long, dry spring, and yet I found them everywhere.

I have not had good luck taking photos of slime molds before because they are usually found in the forest, which are quite dark here. Compounding the challenge of photographing something small, in a dark landscape, my lens is long and filters out even more precious light. But I prefer to travel light and so I don’t carry a flash system, tripod or other accessories. However, I wanted to see how much different a tripod could make so I decided to go for a short walk and haul it, along with a reflecting screen and my usual Lume Cube light.

I had not gone far before I found the first slime mold, a burst of red mixed in with some moss on the side of a log, a species of Arcyria. I set up the camera on the tripod and started firing away. I soon found another, very different slime mold, the brown clusters of the tall, slender Stemonitis. These are among my favorites and this group was sitting right on top of a log in a dozen clusters, each bowed inward like they were having conversations. One, newer and lighter colored Stemonitiscluster stood in the middle.

Right across the path I noticed a log with a huge patch of white on it, and another on the log next to it. These were the species Ceratiomyxa fruticulosa, one that stays white and often takes on the appearance of coral, like little fingers reaching out of the wood. They are among the easiest to find because they stay white and don’t change colors like most other slime molds do.

Over the next hour or more, I lost track of time, I made very little forward progress because so many logs I checked had a slime mold on them. Some had many species and I found one group of down wood that had a half dozen or more different types of slime molds growing on them. There were the yellow orbs of Trichia, on top were brown orbs that had exploded with brown sugar-like spores which were Lycogala, and more long, slender slime molds similar to Stemonitis that may have been Comatricha. Inside the log I discovered stalked slime molds topped with black orbs and yellow fuzz exploding from them, probably a Metatrichia species.

Nearby I found a patch of tiny slime molds, the white orbs slowly being pushed apart to reveal a brownish inside, like the spreading of a cookie when backed. These were probably a species of Physarum. Many of the slime molds were the same as what I see in this location regularly, but I was surprised by the diversity. The tripod made shooting in these dark areas possible, so while I wouldn’t carry it every time, I think I’ll start to pack it on occasion.

As it was getting to be late in the day and the sun was getting warm, I decided to push on to visit the nearby wetlands to see some dragonflies. On my way I found some yellow Arcyria species tucked into a log and had to stop to admire and photograph it.

When I arrived at the wetland, dragonflies were soaring all over the water’s surface. I immediately saw that many of them were Four-spotted Skimmers, a dragon that holds a special place in my heart because I found the first record of this species in Seattle. I hadn’t seen one in Seattle since, but at this wetland, they were everywhere. I watched them chase darners and each other, lay eggs and buzz my face. I sat down to watch and soon spotted another dragon I don’t see in the city, a Dot-tailed Whiteface. This species is a small, slender, black dragon with a square yellow dot low on their abdomen.

As I watched I saw a newt swim away, and a diving beetle larvae, backswimmers and water striders all in the water. Above me birds flew to and fro and I saw a flash of yellow and red, a Western Tanager. There were many Cedar Waxwings in the trees and immature Red-winged Blackbirds ran across the lily pads. Many were feasting on the dragonflies and I watched a blackbird and a waxwing both consume them.

Aside from the dragonfly massacre, it’s hard to beat a day out that is full of both slime molds and dragonflies, two of my favorite organisms. 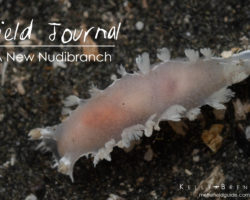 This time of the year, I check my tide app almost as much as my weather app. Low tide in Seattle means the chance to find marine life that is harder to spot when the waves are higher up on 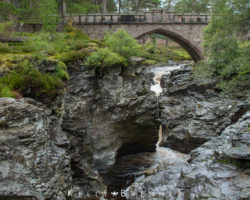 Poem of the Week: Inversnaid

By Gerard Manley Hopkins (1881) This darksome burn, horseback brown,His rollrock highroad roaring down,In coop and in comb the fleece of his foamFlutes and low to the lake falls home. A windpuff-bonnet of fáwn-fróthTurns and twindles over the brothOf a pool so pitchblack, féll-frówning,It