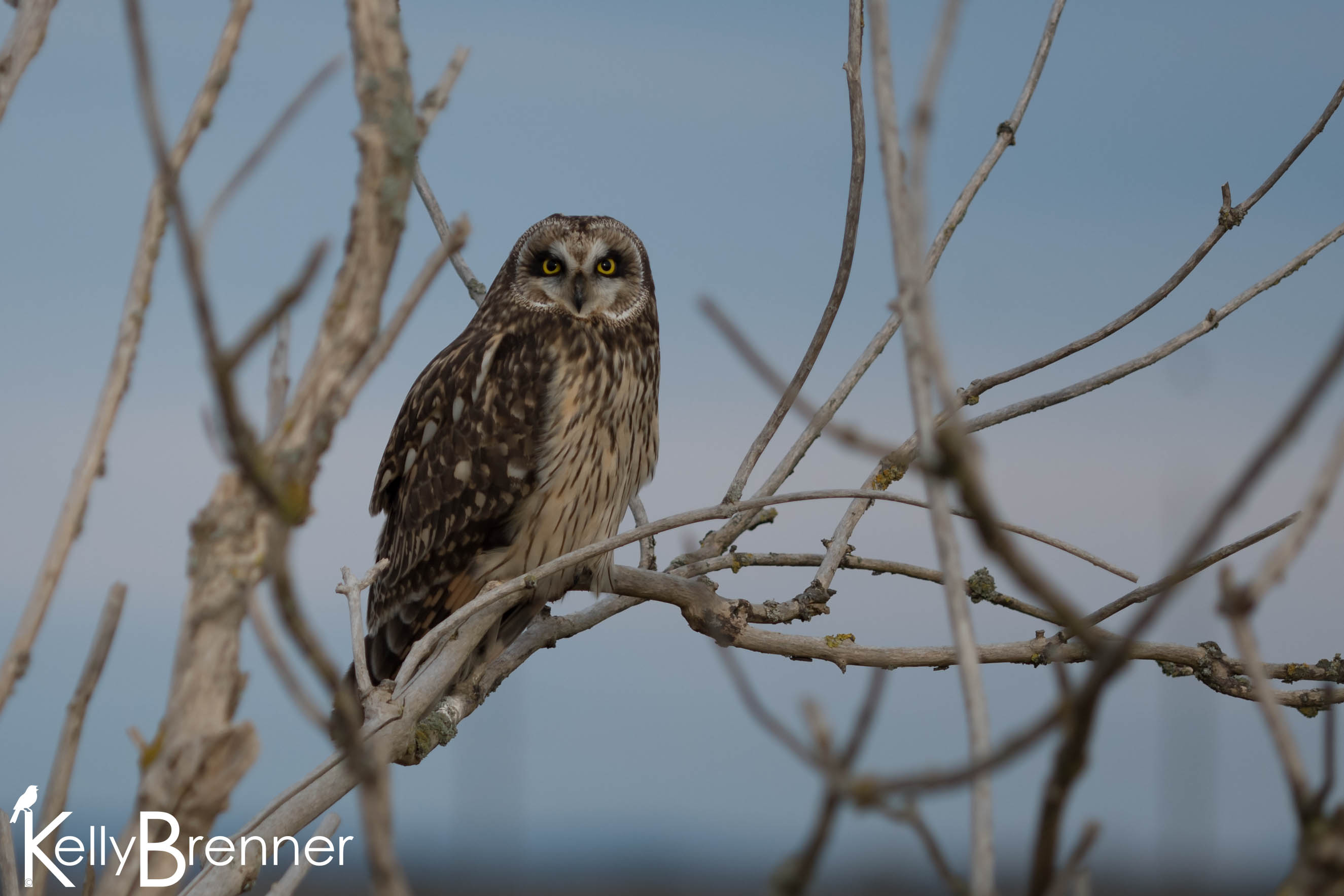 Sometimes we all need a moment of peace, but sometimes a whole day is even better. Near the end of my 365 Nature Project I took a few solo adventures to visit locations around the Olympic Peninsula and rather got a taste for it. On Saturday, with the weather warmer and no rain in the forecast, I decided on a spontaneous adventure for a day of peace. The news has been overwhelming over the last week and with my four year old being particularly challenging at the same time, I needed a break. I’d been hearing quite a bit about the Short-eared Owls of Eide Road and decided to visit there and Padilla Bay, just to the north. Eide Road is famous for its owls and is more properly named the Leque Island Unit, managed by Washington Department of Fish and Wildlife. It’s a small island nestled in Puget Sound between Camano Island and the mainland at Stanwood, sitting at the mouth of the Stillaguamish River. The unique habitat was once a saltwater marsh but with the construction of a dike it’s now a wetland and agriculture fields managed for bird habitat. The dikes regularly fail and work is being done to try and protect the island from flooding. The resulting habitat is perfect for Short-eared Owls which thrive in open meadows. The owls have achieved a sort of fame among bird watchers and as such, the island is a very busy place. I tend to avoid these types of locations preferring to be alone making new discoveries, but this time I gave in and stopped by.

I’m glad I did because the owls have achieved this repute for a good reason, they are plentiful and not overly shy. I arrived in the morning and there were already a couple dozen people out in the fields and paths clad in camouflage and armed with monstrous lenses on tripods. It was extremely easy to find the owls, simply triangulate the camera lenses. My first view of an owl was as one landed in a bare tree a hundred yards off the dike path almost as soon as I set foot on the path. As I continued on past the owl paparazzi, I encountered another owl in a tree a short distance off the path, again surrounded by cameras. I took a few shots and continued on, this time encountering another owl in a tree a mere twenty feet off the path and surrounded by fewer people. I again took a few shots and continued on until the path encountered a canal and I stood trying to decide which way to proceed.

The main activity was to the right, closer to the fields where the owls were soaring over the stubby grasses so I went that way. There were another dozen photographers in this area all tracking a couple of owls. I stopped as one of the owls flew at me and landed nearby and I was able to get more shots before all the other photographers crept up. I retreated from the people and opted for the other path, between the dike and canal. I had only walked a minute before an owl flew by other photographers with a rodent in its talons, across the canal and landed thirty feet from me on the ground next to the mass of blackberries and grass which covered the dike. With the canal between the owl and everyone else and the taller grasses blocking their view, the other photographers lost interest and returned to chatting while I was able to have an intimate encounter with a Short-eared Owl to myself.

The owl didn’t seem to mind me at all as I watched and it set in to tearing apart the rodent with occasional glances up and around. I stood and watched as bits of the rodent, what kind it was I don’t know, disappeared down the owls beak. If I knew more about anatomy, I probably could have identified some of the innards going down the owl’s beak. As it was I saw fur, feet and even the head swallowed by the owl. At one point a large raptor, a Red-tailed Hawk I think, flew over and the owl froze in place, its head following the large bird overhead. Its face transformed instantly from a smooth rounded disc. The ears came up on the top of the head and the feathers around the beak looked like somebody had rubbed a balloon on its face, they all stuck straight out. It kept this new appearance until the hawk was long gone.

Another time I could see it tracking something behind me and I turned to see another owl fly by. Once it had passed, my owl continued its meal until it was done. I expected it to fly away at that point, but instead it sidestepped closer to the grasses and blackberries that created a dense thicket over the dike and settled down closing its eyes partly. The feathers around its beak had finally laid back down, but the ears remained up giving its face more of a heart shape instead of the circle it had been before. After a time I left the owl to digest in peace and continued along on my walk. I turned back a few times to watch other people pass right by the owl without realizing it was there, it blended in so well.

I watched Northern Harries and more Short-eared Owls flying over the fields. Sometimes the owls would come together and swoop at one another, once in a while more aggressively, before soaring away from each other. Occasionally there would be a deafening blast of a gun on the other side of the dike as hunters tried to take down the flying ducks. As the owls seemed to vanish I walked back towards the owl I had watched eating and kept an eye out to see if it was still there. A half hour after I had left it, the owl was still there on the ground, eyes half closed. I stopped to watch it again although it wasn’t doing anything but resting. I wasn’t the only one to see it, a Spotted Towhee working its way along the tangled blackberries spotted the owl and started making alarm calls. The owl ignored it until it was within ten feet then issued a screech so loud it startled me although I saw the call coming. I was surprised such a small owl could make such a huge sound and the towhee dove into the thicket and its calls faded away. I continued watching the flying owls, turning back to check on the other owl periodically. Two owls came flying at me and while one turned the other came closer and closer until I heard the screech once more from behind me and the flying owl banked and flew off in the other direction.

My second stop was along Padilla Bay where I stopped in at the Breazeale Interpretive Center to visit the displays. There is an overlook at the center with views of Padilla Bay and a staircase to the beach. I spent some time looking at the surrounding islands alongside my map trying to figure out what I was looking at and getting my bearings. I then drove a short distance to the shore trail which follows the shoreline dike for a couple of miles along Padilla Bay. The sun by then had become hidden by the clouds but the horizon was still clear resulting in a rather nicely colored view of the bay. There were hundreds, if not thousands of ducks in the bay and among them huge numbers of Mallards and American Wigeon. There were smaller numbers of Northern Pintails among them. In the field on the other side were swans and some geese I couldn’t identify from that distance.

I walked some distance and then found a bench to observe the bay for awhile. It wasn’t long before I noticed curious behavior and from my observations over the last year I suspected I knew what had caused it. What I saw were groups of ducks closest to the shore abruptly flying away from the shore and land further out in the bay. This happened in several waves and I watched now vacant water and was proved correct in my guess when I saw three otter heads pop up out of the bay. I sat and watched as they swam closer to me repeatedly diving and surfacing. They swam past me, pausing to study me before swimming into a small bay where they took turns catching and eating fish. It was so quiet I could hear them crunching through fish bones. It seems river otters have become quite ubiquitous in my life. After watching them for a while I returned to my car and then home.