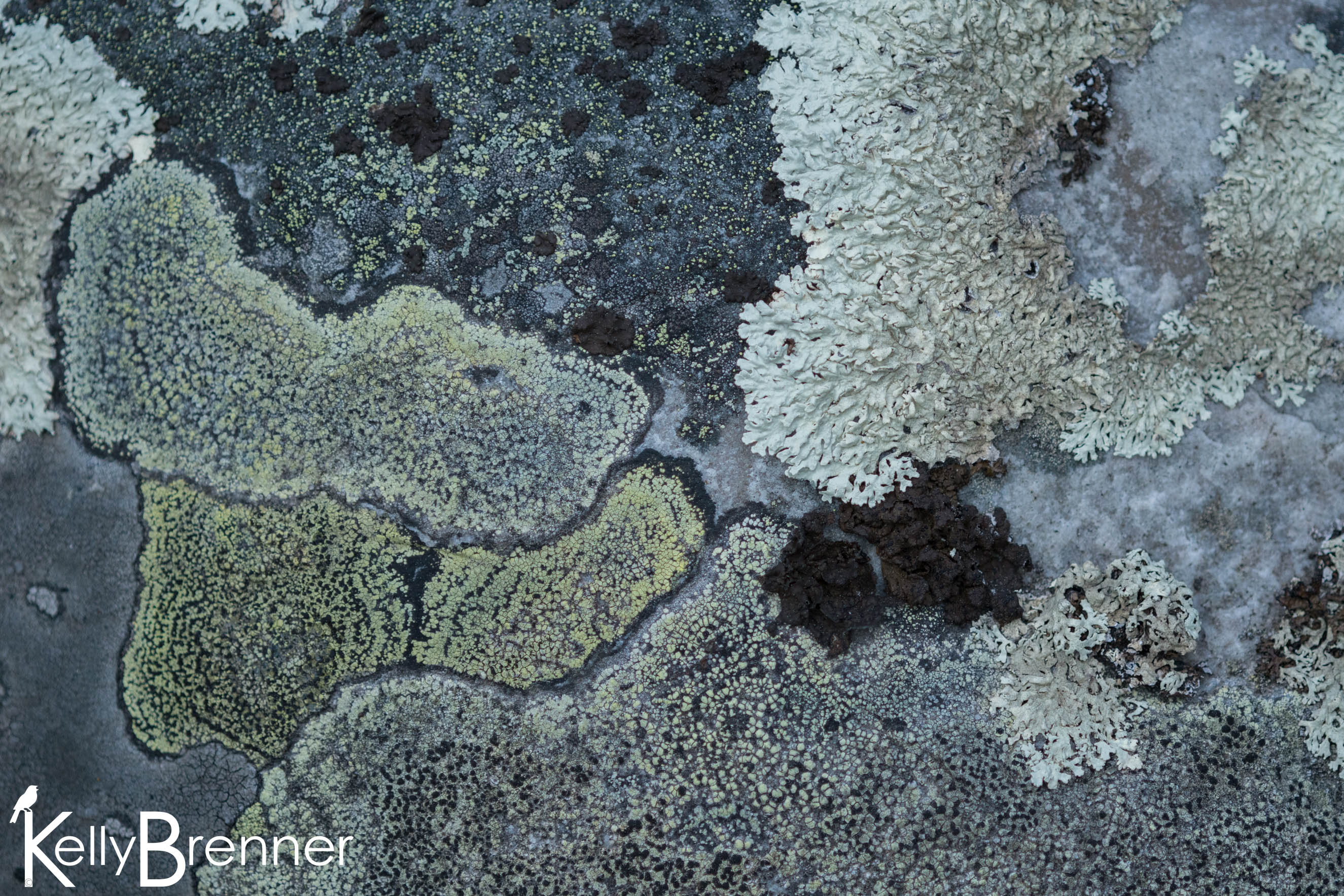 O tell her, Swallow, thou that knowest each,
That bright and fierce and fickle is the South,
And dark and true and tender is the North.
– Alfred Tennyson

When I last visited Finland I stayed only in Helsinki. This time I was eager to travel north, as far north as possible and see the Lapland. After exploring the western coast of Norway, followed by the Scottish Highlands, I found I was developing a strong draw to the north. So we set out looking to see how far we could go on the train from Helsinki and decided we’d travel as far as Oulu, located on the northeast side of the Gulf of Bothnia and not terribly far from the Swedish border. I began searching for cabins to stay in, widening my search area farther and farther until I landed upon the ideal cabin, set in a forest of Scots Pine trees, in the middle of nowhere. It was perfect.

The cabin was in a ski resort area right on the edge of Pyhä-Luosto National Park. Being summer, it was the off-season and we largely had the tiny town and park to ourselves and spent three full days exploring the trails. The national park, one of many in Finland, is a long, narrow shape and connected Pyhä and Luosto with a lengthy trail suitable for backpacking. The 35 km long fell range in the park is a “remnant of one of the world’s oldest mountain ranges.” Our cabin was on the Pyhä end of the park and we stayed in that area finding no shortage of trails to explore.

The first day we began our morning by visiting the Pyhä-Luosto Visitor Centre Naava where we looked at the interpretive displays and dioramas. I noted several nice books in the small gift shop on my way out and made a mental note to return. We decided to tackle the easy Tunturiaapa Nature Trail first which promised to have “a bit of everything: old-growth forests, an open aapa-mire with a bird watching tower and a lovely view to the fell chain of Pyhä.”

We walked from the visitor’s center up the road before crossing under the hibernating ski lifts and finding the park’s entrance sign. Along the way I saw a male Bullfinch and a Chaffinch and spotted my first dragonfly as it flew in front of me before landing hidden in the plants off the trail. With three adults and kids ranging from 5 on up in our group, we didn’t move fast, which is exactly how I prefer to explore. Our route led us into the forest which was dominated by Scots Pines spaced rather sparsely and the ground was blanketed with lingonberry, which was not yet fruiting. Strewn about along the path and throughout the landscape, large gray boulders rested in the thick bed of lingonberry plants.

I was able to investigate boulders close to the path and found them almost completely covered in lichens. There were crustose lichens in black, yellow and many shades of gray. On some rocks the lichens were patched together in a way which made me think of a map, as if each species of lichen a different country. In addition to the pebbly crustose lichens, several foliose lichens joined the map, some grey and some white. It took me a few boulders to notice the leafy black lichens mixed in with the others, camouflaged by their dark color.

After walking through the woods we found ourselves going downhill and walking across a boggy area with shallow, moss-filled pools which reflected the sky. More diversity of plants grew in and around the water and I saw several types of very low-growing flowers. Shortly after, we arrived at a lean-to shelter with a large wood burning structure outside. We rested and admired the view from the small hill out at the landscape below, noting the long boardwalk. As we continued we noticed a large anthill and trails of ants crossing our path. Not the last we’d find in the park.

Our trail led us down towards the boardwalk and suddenly we were out of the forest and into the flat expanse of an aapa mire. The information kiosk described aapa mires as “the most common type of mire complex found in Finland. Typical features of aapa mires are a wet and treeless centre that contains soggy pools and meandering strings of peat. The strings run perpendicular to the flow of water. In winter the strings can move several tens of centimeters. Edges of aapa mires are generally bogs with stunted pines or swamps with spruce and broadleaves.”

At first the landscape was dotted with scraggy and stunted pines and we walked along the boardwalk elevated over the soggy land. The ground wasn’t flat, but a miniature series of mounds and pools. Large, grey and black spiders rested on the edges of the boardwalk in the sun, darting under the boards if I got too close. As we continued, our group spread out, content with exploring at our own pace. I saw a handful of bumble bees and one lizard which was so fast I only caught a photo of the tail half before it disappeared under the boards. Large, black ants walked along the boardwalk and alderflies, or something similar, rested on vertical surfaces of tree trunks and posts. I found one little weevil and several small moths also on the boardwalk.

A few lichens and moss grew on the old wood holding up the boards of the boardwalk and a few birds flitted around in the trees. One bird finally landed close to the walkway and I took some photos which I later identified as a Yellow Wagtail. Further along, the trees disappeared as the mounded ground gave way to wide, shallow pools of water. I saw a few dragonflies patrolling and a few damselflies. One of the dragonflies repeatedly landed on the boardwalk and I was able to get photos. I could see it was black with a red and I later consulted my book to find it was a Whiteface (Leucorrhinia sp.) but there are two species which are too similar to distinguish apart unless in hand.

I also noticed a strange insect swimming in the water, wiggling along in a similar manner to a damselfly larva. Looking it up later, I think it’s a type of diving beetle larva. Many little black dots in the water spun around creating complex rings in the water as it radiated out from the tiny specks. They were very small beetles and impossible to photograph as they spun in tight circles, forever spinning.

Although the boardwalk through the aapa mire wasn’t long, we spent a long time traversing it. There was so much to see from the small flora and fauna, to the grander landscape. The blue sky, heavily textured by clouds, reflected in the perfectly clear and still pools of water while the trees punctuated the edges. The denser forest bordered the mire while one of the rocky fells overshadowed us from the north. We had all experienced this landscape apart, but once together again our sentiments were quite similar. We were all in awe.

We returned a slightly different way, again through the forest, but this time we encountered a small valley. At the bottom a small slow moving creek was surrounded by taller, denser vegetation and many ferns, the first I’d seen yet. We followed another boardwalk, but this one was over a large boulder field, before finding a long set of wood stairs we had to climb. Up at the top was group of buildings including another lean-to shelter and also a Lapp hut. At the top we sat and rested and I heard my first cuckoo. We followed the call, but as soon as I thought we were getting close, it was suddenly coming from behind us. As we continued, we encountered a lone reindeer on the path, which quickly jogged away off into the forest. It wasn’t the first reindeer we’d seen, we had encountered an entire herd in the little town area earlier in the day, but it was more satisfying to see it in the forest instead of a parking lot. 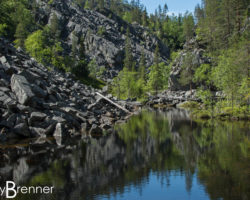 Our second day at Pyhä-Luosto National Park in the Finnish Lapland began with me pointing out that we had not yet seen the bird on the park's logo, a Siberian jay despite descriptions of the park saying they were very common 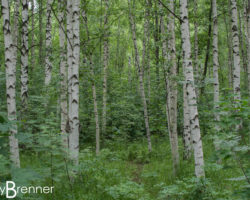 One of the most memorable places I visited the last time I was in Helsinki was the Viikki Nature Reserve and I wanted to return again this trip. Although we spent time exploring the Kivinokka area this summer, it isn't