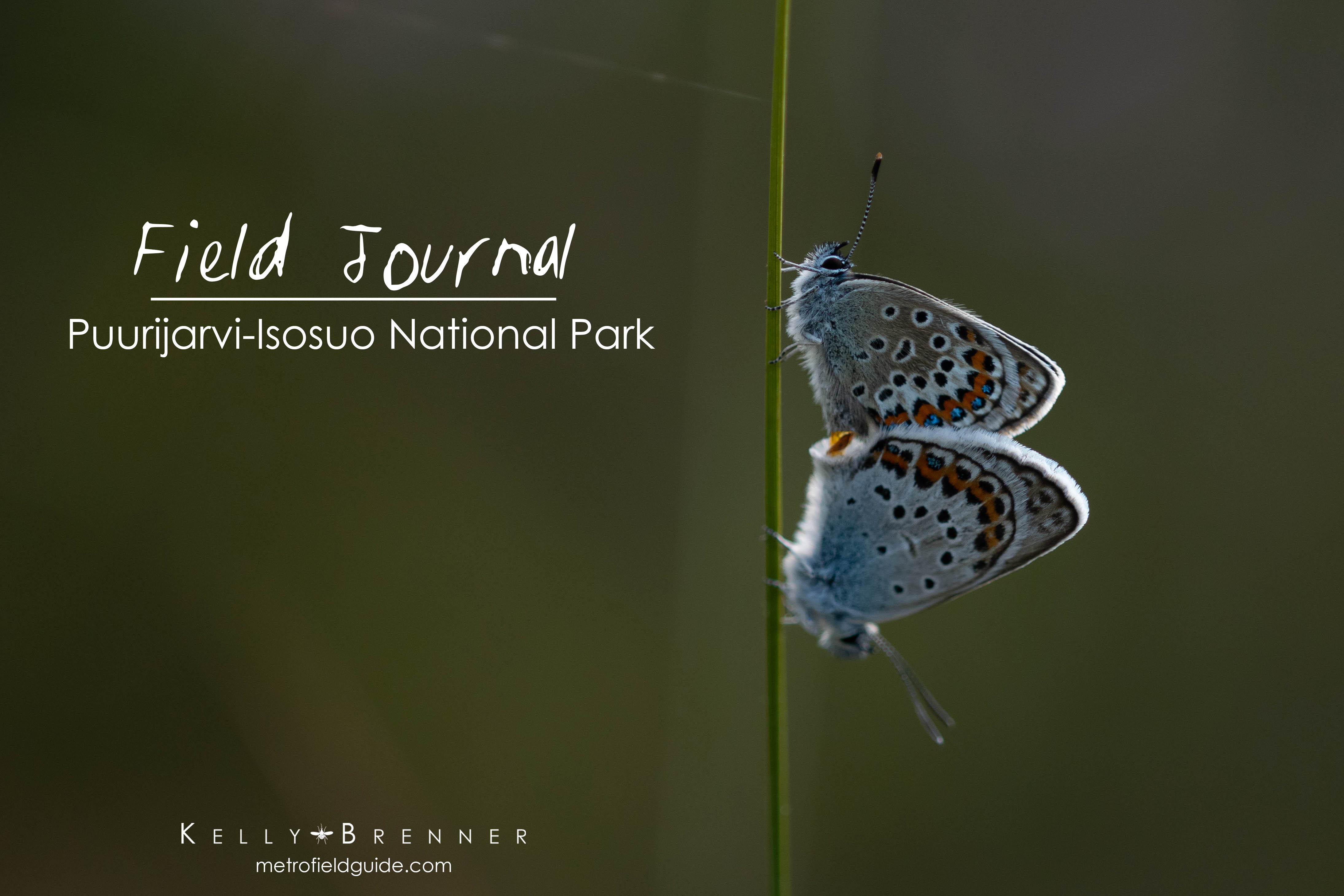 This summer when I was in Finland, I had the opportunity to do some solo exploring from Helsinki so I planned out a four day trip that would take me to as many of Finland’s national parks. My first destination was Puurijarvi-Isosuo National Park, a two and a half hour drive northwest from Helsinki. Some of Finland’s national parks are large and you could spend days walking the various trails, but others are smaller. Puurijarvi-Isosuo National Park is the latter. It only has just one, 2 km long loop trail with a couple of short offshoots from it.

Puurijarvi-Isosuo National Park is set in the middle of farmland, one of the last remaining patches of mire habitat in the area. When I arrived there was one other car in the parking lot which was just leaving. Those were the only people I encountered my entire time there. The day was sunny and warm, but not too hot despite the heatwave in Helsinki I had just escaped from.

The logo for Puurijarvi-Isosuo National Park is a dragonfly and I have to confess, one reason I chose to visit. I wrote another Field Journal article about the dragonflies I encountered at Puurijarvi-Isosuo and other parks in Dragons of Finland. But there were far from just dragons at this mire.

Immediately upon setting foot on the duckboard pathway, I could see the mire was buzzing with insects. Dragonflies and damselflies flew around, and with them tiny blue butterflies danced around over the Bog Rosemary (Andromeda polifolia) and Marsh Tea (Ledum palustre). As I watched the invertebrates, I heard a bird call, one I hadn’t heard before but knew exactly what it was, that of Common Cranes. I had seen cranes fly overhead the last time I was in Finland, but this time, although I could hear them close by, I couldn’t see them no matter how hard I looked. Common Cranes breed in southwest Finland, and in fact the park I was heading to next on my national park tour was known for its breeding cranes. Yet, here they were, unexpectedly among the dragons.

Because the trail was short and I had nowhere else to be, I walked slowly, allowing myself to get distracted by every, single butterfly and dragon. As a result, I stopped a lot and discovered many more invertebrates that weren’t immediately obvious. I saw moths and beetles hiding in the plants, lizards basking on the duckboards and hiding spiders carrying egg sacs.

Emerging from the pines I found myself out in the open mire where Round Leaf Sundew (Drosera rotundifolia) grew alongside Crowberry (Empetrum nigrum) and Cloudberry (Rubus chamaemorus). Out in the open the insects still flew, dragons and several species of butterflies, flies and beetles and on the wood of the duckboards, a caterpillar plodded along in the sunshine.

The mires here are raised bogs, the middle being higher than the edges. The centers are more barren with sphagnum moss and few trees while the edges are wetter and have more pines. The landscape is a complex matrix of highs and lows, each with its own set of plants.

Near the end, I took a side trail to visit Lake Puurijärvi, a designated ‘important bird habitat’. Although there were only a few ducks when I visited, the lake has a high number of birds that can be found there, including many migrating waterfowl like swans and geese. With the draining of the mires in the 1800’s, (a common refrain around Finland) the shallow lake began to dry out during the dry, summer months, leaving little water. But restoration is under way to preserve this valuable habitat set in the middle of vast agricultural land.

I meandered slowly over the course of a couple hours, thoroughly enjoying one of the best days I had on my trip. The solitude, peace and quiet and abundant insects couldn’t have been improved upon one bit. 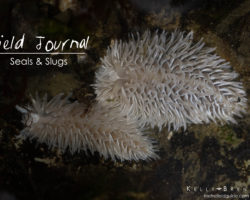 When a couple of Twitter friends met in Bali recently to search for invertebrates together, I was naturally overcome with jealousy missing out on their fun adventures finding nudibranchs and all kinds of fascinating insects. We decided that since all 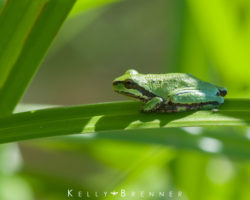 Poem of the Week: Death of a Naturalist

By Seamus Heaney All year the flax-dam festered in the heartOf the townland; green and heavy headedFlax had rotted there, weighted down by huge sods.Daily it sweltered in the punishing sun.Bubbles gargled delicately, bluebottlesWove a strong gauze of sound around the