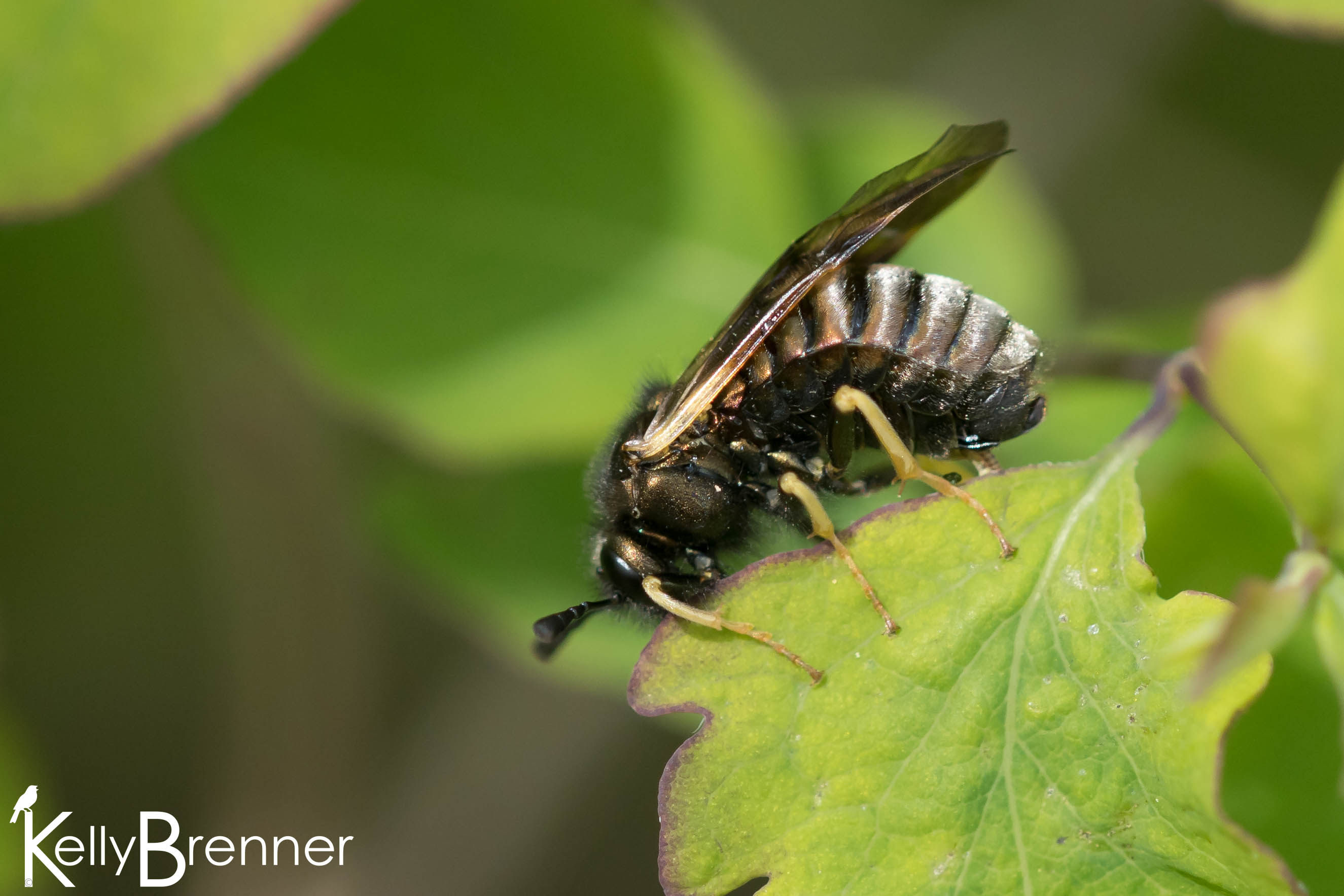 On the final weekend day of the Seattle City Nature Challenge I headed for one of my favorite places in Seattle, Magnuson Park. The day promised to be warm and sunny and I hoped some insects would be out which I could document as Seattle’s biodiversity. When I arrived it wasn’t yet very warm, but there was plenty to see. I immediately found a bumble bee visiting some purple deadnettle when I entered the wetlands. As I walked around the first set of ponds I counted Red-winged Blackbirds, Violet-green Swallows, American Goldfinches, Bushtits and Green-winged Teal. I listened and heard a Marsh Wren singing, hidden among the cattails and as I searched for the bird I found a large fuzzy ball in the reeds. A Marsh Wren nest.

I continued walking around the many ponds and as it warmed a little I started to see insects flying around. I photographed an alderfly and various species of flies along with a few ants, and near the water, non-biting midges. In the large pond I found Hooded Mergansers, Ring-necked Ducks and Pied-billed Grebes. In the trees, warming on the trunk in the sun, I found my first solitary bees of the day. On the other side of the road, along the other large pond I found water striders on the surface, freshwater isopods under the water and Tree Swallows flying in the air. On the pond’s edge I found an Anna’s Hummingbird drinking nectar from a twinberry and a Great Blue Heron preening on a log.

As the sun came out and warmed the air, more insects became active and soon I was taking dozens of photos of the various flyers. I found many solitary bees and tiny wasps, flies of all kinds, weevils, crane flies and many syrphid flies. A few spiders lurked on the ground or on leaves. A large insect landed on a plant and I knew it was something I hadn’t seen before. It was very large with a fat abdomen and no waist. It wasn’t until I returned home that I learned it was a Cimbicid sawfly. A few minutes later I encountered my second sawfly, but one I’d seen before, a willow sawfly.

Up in the sky I noticed an interesting weather phenomena, a sun halo.

Nearing the end of the wetland trail I retraced my steps and watched a Song Sparrow catching flying insects. It caught a crane fly right in front of me. On some down wood I found some seed bugs and carpenter ants. A Spotted Towhee perched over the pond while in the pond I found a Northern Shoveler, Gadwall, American Wigeon, Bufflehead and Green-winged Teal. In the branches over the water Yellow-rumped Warblers searched for food.

As I returned to the far side I found a busy Oregon Grape with a honey bee and syrphid flies visiting. I was most excited when a fuzzy bee fly joined in and I was able to take photos of it visiting the flowers and hovering in the air. I continued retracing my route and found a log with three garter snakes, two stretched out on the top warming in the sun, while the third poked its head out of the log. Around the corner I found one more garter snake basking on the mulch. I also discovered a pile of ants on the path.

Magnuson Park also produces a wide variety of species, from plants to birds to insects and I knew it would be a good place to visit for the City Nature Challenge.