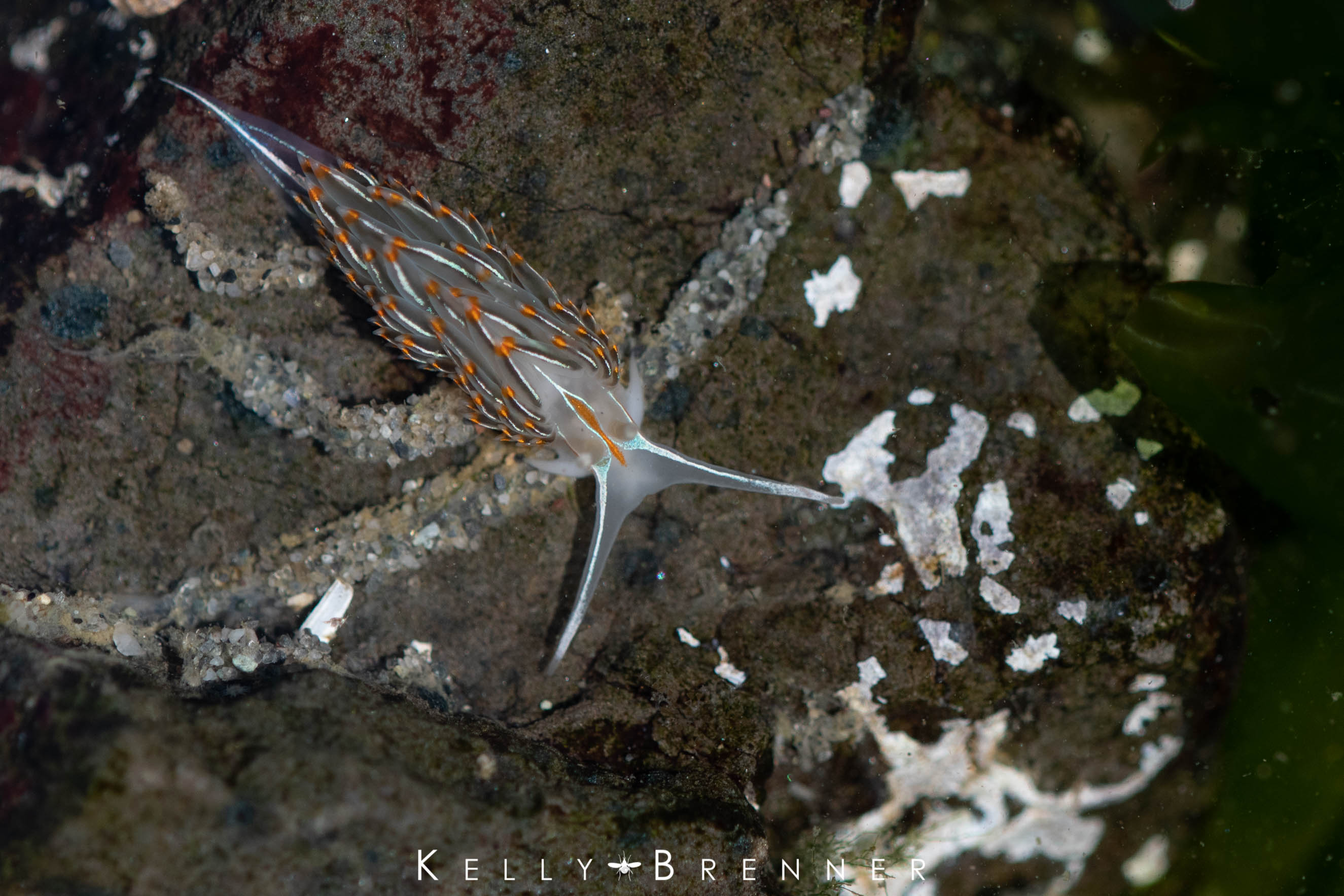 It doesn’t seem to matter how many times I visit Alki Beach at low tide, I always discover something new. This weekend the spring low tides were just on the minus side, the weather was dry and I headed to the beach to explore. I hadn’t been since the low night tides during the winter and I was happy to get back out there again. There were few people on the beach and I had plenty of room to search by myself.

The first thing I noticed were tiny yellow donuts scattered around on the kelp. They felt soft to my fingers and I took photos of them to look at later. Once on the computer I could enlarge them enough to see they were rings of eggs and some where yellow, but others were more of a white creamy color. The yellow ones were definitely full of eggs, but the lighter colored ones looked like they had hatched, and I thought I could see teeny snails inside. I posted it to Twitter and learned they were laid by a Lacuna snail.

In New England those little egg donuts are laid by Lacuna vincta!

It wasn’t long before I found my first nudibranch of the day, a large and very bright yellow sea lemon plastered to a rock, half out of the water. It wasn’t until I looked at my photos later I realized there was a second sea lemon sitting at the end of the first one. But it was the nudibranch I found after that which was the highlight of the day. I flipped one rock to reveal an opalescent nudibranch (Hermissenda crassicornis). It was the only one I found that day, usually I find a few, but it was perhaps the largest of that species I’d ever encountered. I set the rock in the water long enough to take a few photos as the nudibranch tried to slide back into the shadows, before placing the rock back down how I found it.

Not long after, I found something I didn’t know under another rock. It was small, but my eye noticed it didn’t quite match the rock and as soon as it was in the sun it began moving very quickly across the rock’s surface. To my bare eyes it was flat, like a flatworm, but looked like it had legs. I was baffled to what it was, but I posted it also on Twitter with my guess of a polychaete worm. It turns out I was right. It is is a polychaete worm called a scale worm, possibly Harmothoe imbricata. This worm is a predator that lies in wait for amphipods, but also eats algae.

I explored along the length of the beach, checking in the cracks and nooks of the rocks and found two more nudibranchs, a small sea lemon and a larger, very hidden leopard dorid. Very interestingly, what I didn’t find were any shaggy mouse nudibranchs, nor their eggs. I have photos from past visits to Alki Beach in April of these nudibranchs and their eggs so it’s strange I didn’t see any on this visit. 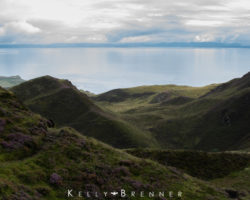 Poem of the Week: Sing me a song of a lad that is gone

Sing me a song of a lad that is gone, Say, could that lad be I? Merry of soul he sailed on a day Over the sea to Skye. Mull was astern, Rum on the port, Eigg on the starboard 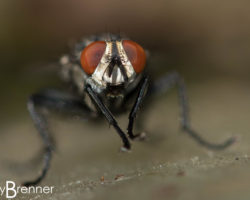 Poem of the Week: On a Fly drinking out of his Cup

BUSY, curious, thirsty fly! Drink with me and drink as I: Freely welcome to my cup, Couldst thou sip and sip it up: Make the most of life you may,