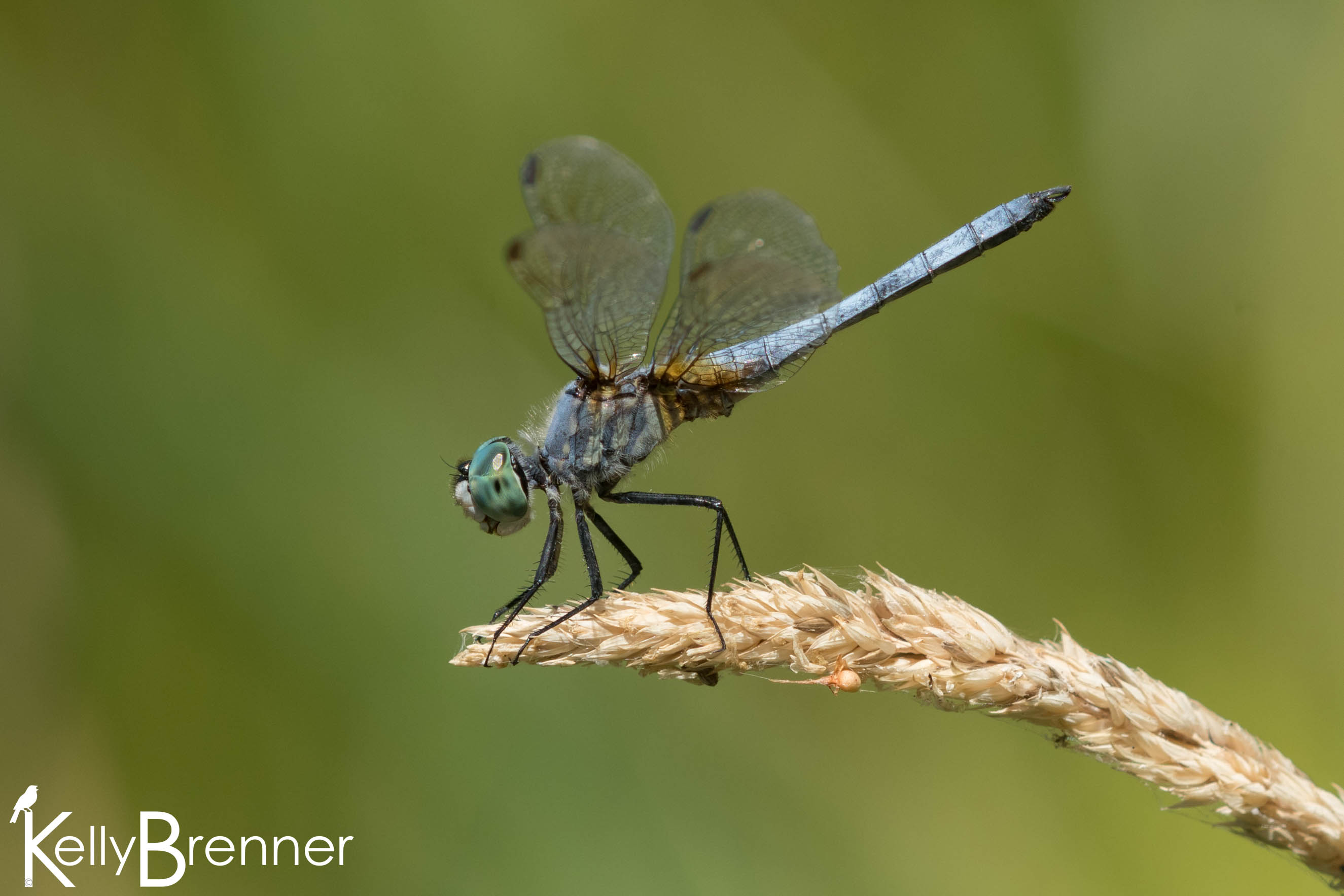 A month ago I attended a dragonfly class at Magnuson Park with dragonfly expert, Dennis Paulson. He talked about the dragonfly’s life cycle during the class portion, then we went out to Magnuson Park in Seattle to look at the odes. The season had already begun to fade as many he had seen just a week ago were no longer flying. We did see many blue-eyed darners, cardinal meadowhawks, eight-spotted skimmers, blue dashers and western pondhawks. A single black saddlebag patrolled the pond. There were a few tule bluet and California spreadwing damselflies as well. I spotted one unfortunate blue-eyed darner which had become trapped in the water, only its head was above the surface as it tried to fly out, unsuccessfully. Paulson said that happens sometimes when the males fight, one will become stuck in the water and die. Some of the ponds had dried out, as they were designed to do, but one of the larger ones near the beginning had also dried out, the third year in a row it has done so.

Less than two weeks later I returned for another visit and found the large pond which had the most ode activity in the last visit, had been nearly completely taken over by algae. While it covered part of the pond on the previous visit, less than two weeks later it had spread a tremendous amount leaving little open water for the dragons to lay eggs. A few of the same dragons flew, cardinal meadowhawks and western pondhawks. I spotted a mating pair of black saddlebags in a tree and mating western pondhawks in the water, one laying eggs in dead-end pond.

I spent some time watching a cardinal meadowhawk sitting on a low branch looking for insects. It returned to the same area time after time and as I watched, I could see it flicking its head up and down and side to side every time a movement caught its eye.

Though the dragonflies were fading out, there were dozens of skipper butterflies on the aster and goldenrod and I discovered I could fairly easily catch them on the flowers with my hand. They would sit momentarily on my finger before flying off. There were also many different types of bees visiting the same flowers. Yellow jackets had made a nest in a log along one of the ponds and my daughter unfortunately got a little to close, resulting in a sting in the ankle.