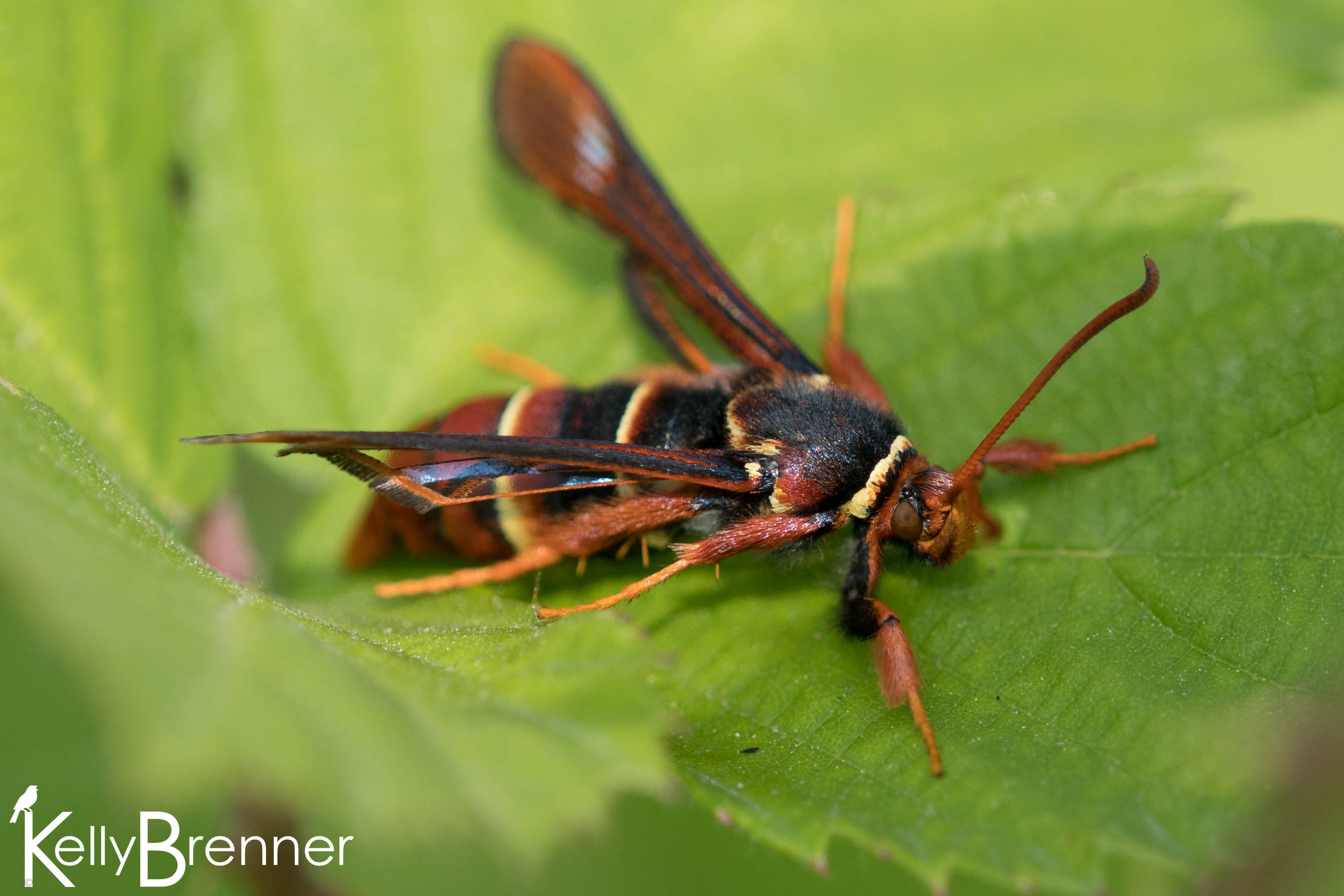 With the warm and sunny weather coming to a temporary end, I wanted to make the most of it to find some insects before the cool weather arrived. The day started sunny and although I arrived at the park in the morning, there was plenty moving around. The rose plants were full of small bumble bees and a few damselflies cruised around the edges of the ponds. I surveyed the grassy hillside where I often see dragonflies resting in the morning before they warm up enough to fly. While looking for dragonflies, I noticed a bright red insect sitting on a leaf. It was so colorful and large, it would have been difficult to miss. It was one of the few times I see something that really is unusual. When I got close enough to it, I could see it was a moth, but could very easily have been confused for a wasp. It was a Western Polar Clearwing Moth, a convincing wasp mimic, with red, yellow and black stripes on the abdomen and narrow, bee-like wings. But the hooked antennae and furry body gave it away as a moth.

Later I found an actual wasp flying around the stems alongside the ponds. I saw a few, and they were so small and slender that when they were flying, all I could make out was a blur of red and I had a hard time following them with my eye. It wasn’t until one landed, when I finally got to see what it was. It had very long and slender antennae, almost as long as the body of the wasp. It also had a tiny waist and a very long ovipositer on its abdomen. I watched as it moved up and down the stem before settling on one location, at which point it curved its abdomen donw and pointed its ovipositer, which looks like an enormous stinger, at the stem. In my photos I could see better as a thin strand came out from the abdomen and threaded down the ovipositer and into the stem. I assume it was laying eggs.

I visited the ponds and found dragonflies as well. There were many Eight-spotted Skimmers flying around the pond and a few landed on plants on the water’s perimeter. I also watched many Variegated Meadowhawks, a few mating and laying eggs. I saw one Cardinal Meadowhawk and several Common Green Darners. I spotted other darners as well, but couldn’t get a good look or any photos of them. Near the end of my walk I saw my first green Western Pondhawk of the season. 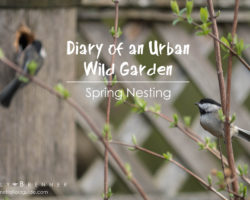 This spring our wildlife garden has seen a lot of activity. Last year, during my 365 Nature Project, we watched a Bewick's Wren pair make a nest in our backyard nest box, while a pair of American Robins built a

A week or so ago I realized we may have a Spotted Towhee nest in our backyard, in addition to the Black-capped Chickadee and Bewick's Wren nests. I was pulling weeds in the area which used to be a large