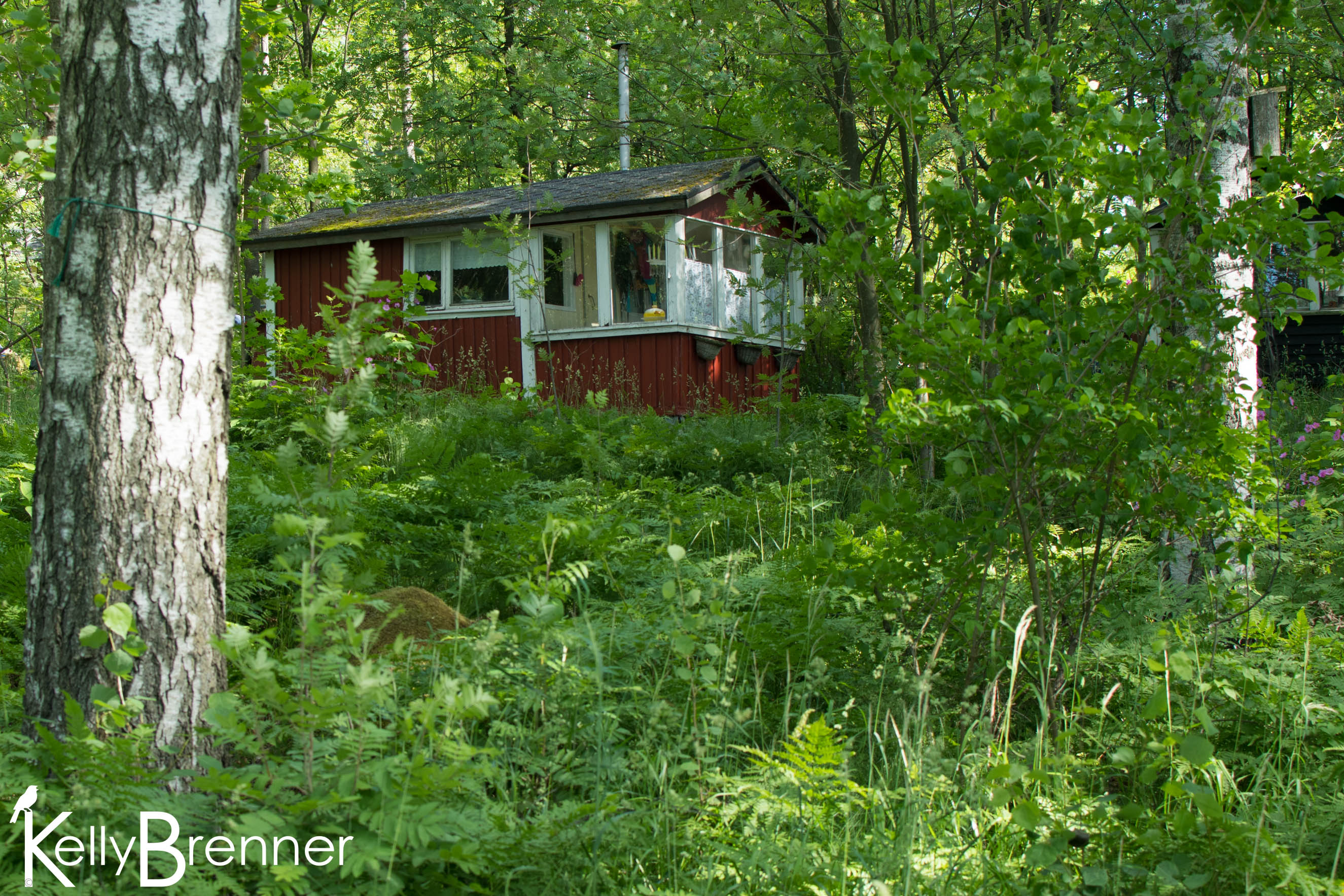 While we were in Helsinki we visited the Kivinokka area a couple of times because we were staying within easy walking distance of it. The last time I visited Finland I had taken a short trip to Kivinokka and remembered seeing a lot of birds in the forest area. It’s just outside the boundary of the Viikki Nature Reserve, but included on the maps of the area and has trails and a viewing platform to look out over the reed beds.

It was much as I remembered. Most of the peninsula is dotted with Finnish summer cabins, tiny buildings with no electricity or water, tucked away among the forest. Many were red, some blue, green or yellow, but all were enviable as somewhere to spend a weekend or an entire week. Along the water I spotted Barnacle Geese with goslings swimming among the boats. Docked were some beautiful, wooden boats which made me want to take up boating. Flying overhead I watched Common Terns fishing, diving into the water. In the woods I spotted a female Ring-necked Pheasant with a brood of chicks and many other common forest birds like Great Tits, Chaffinches and Pied Flycatchers.

In the open grassy areas and in the woods, Fieldfares were impossible to miss. All along the water, Black-headed Gulls were abundant. When we reached the point, I heard a shorebird and watched it for some time as it flew from rock to rock avoiding us. It was a Common Sandpiper, a tiny little bird. The sun was out, but it was a windy morning and it was quite cool. I relished the cool summer weather.

We walked through a community garden and enjoyed the garden art and patchwork style of the different gardens as they created a complete quilt. On the other side of the gardens we we spotted a hare, one of the larger ones we had seen so far. Large as it was, the hare was still very fast and I only got fleeting photos as it ran away. Among the flowers of the garden were many bumble bees, some syrphid flies and other types of flies.

On our second visit we walked along the other edge, the more northeastern side of the peninsula. We wandered through a dark forest and saw a Treecreeper, more Pied Flycatchers and heard calls I couldn’t identify coming from the reed beds. We reached the viewpoint but there wasn’t much to see in the water, we were too late in the year. However, there was a pair of Mute Swans and a couple other water birds too far out to identify.

We walked back through the center of the peninsula, past many more cabins, before we heard a thundering noise descending down the road behind us. Before we could even turn around, two animals crashed through the undergrowth next to us before returning to the road. It was two deer, an antlered male chasing a female. They continued along the gravel road at a full sprint until rounding the corner where we lost sight of them. It happened so quickly we all just stood there rather shocked before continuing on our way.