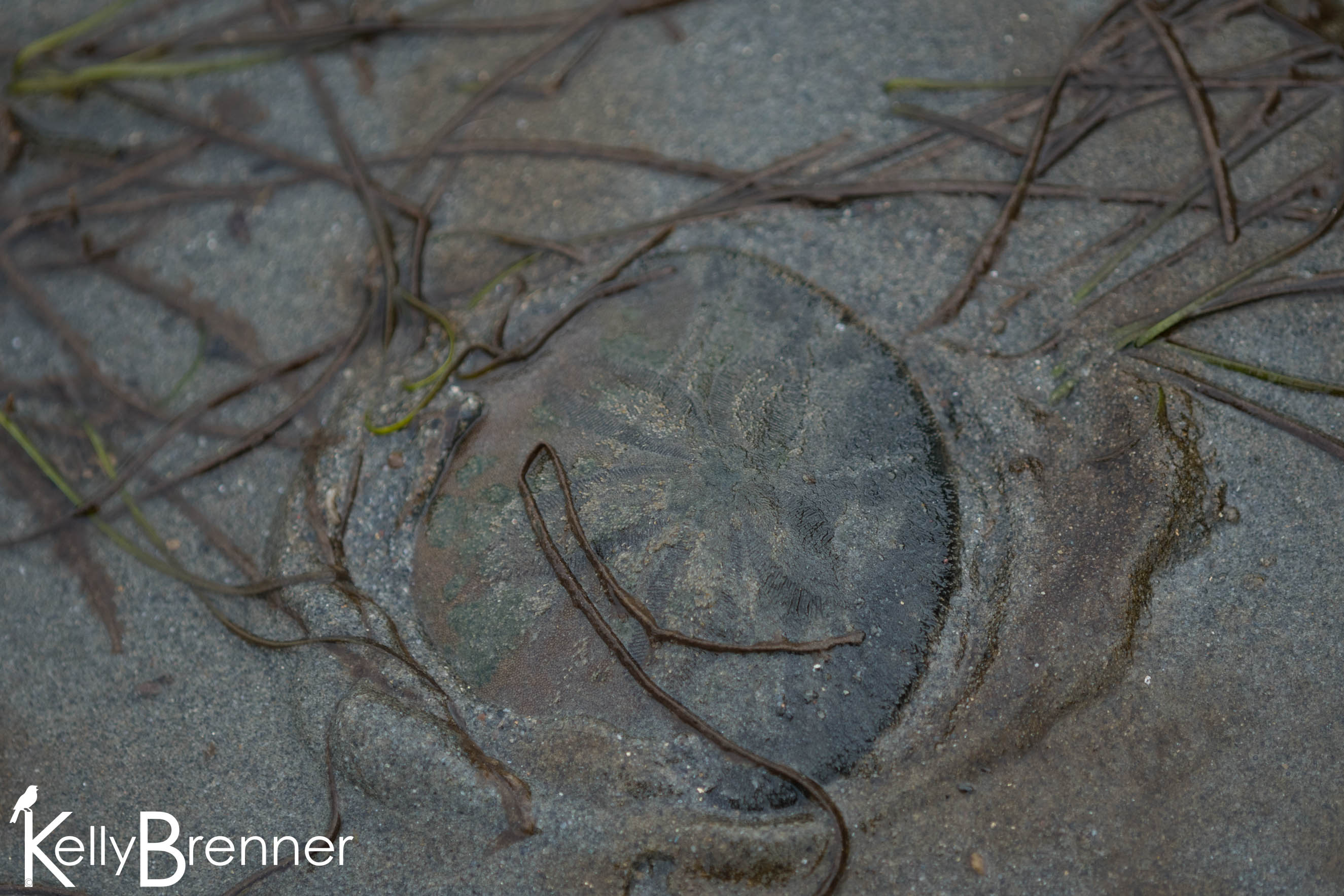 This morning I felt the urge for an adventure and since I’ve had nudibranchs on my mind I opted to visit a new beach. There are many public beaches around Puget Sound and they are all a little different. Between Seattle and Tacoma are several beaches including Seahurst Park in Burien and Saltwater State Park in Des Moines, both of which I’ve visted. Today I opted to go a little further south to Federal Way and Dash Point State Park. The winter tides are high and today’s low tide, which coincided with my morning arrival, was just shy of a plus seven.

As soon as I arrived I could see this beach was different. While Saltwater State Park, just a few miles north, is very rocky, Dash Point is almost entirely sand. Sandy beaches may be common on the coast, but in Puget Sound I have not encountered very many. I was at first disappointed because without rocks there would be fewer creatures to discover. But I had forgotten that there are things to discover in every type of habitat.

I walked along a small creek towards the beach and followed the flow of freshwater out onto the sand. Where the freshwater broke and braided into many streams through the sand, crows and gulls gathered in large numbers foraging, bathing and talking. Shortly after I stepped onto the beach the whole lot of them took to the air flying and squawking. As I wandered down the freshwater paths I watched the crows shifting to the south down the beach and following them with my eye, I suddenly realized there was a Bald Eagle also on the sand. The eagle was eating something and dozens of crows had gathered around, an audience watching and cawing, and waiting to steal. I walked a little closer until I could see what the eagle was dining upon, a large crab. I admired the tenacity of the crows who, like a ninja, crept in to steal a crab leg or other tidbit while the eagle’s attention was occupied with its audience. At one point the eagle clutched the crab in one talon and hopped away, unsuccessfully, from the crows. Eventually the eagle had had enough of the crows or crab and flew a short distance to the water where it dipped its beak in. A few minutes later it was gone and I continued my exploration alone, as the beach was completely devoid of any other humans.

The water curved into the beach creating a small inlet and I was excited to discover a large collection of sand dollars. They were dark black with a slight purple hue and most were stuck sideways in the sand, under the water. As I approached I noticed circles in the sand and realized there were more laying flat under a layer of sand and I carefully picked my way around the small saltwater inlet. Around the other side I spotted something I’d first seen in one of my books, the castings of the Pacific Lugworm. I’d not seen this before at other Puget Sound beaches I’d visited and was excited for this new discovery. Nearby was another burrow, more of a mountain peak than a hole in the ground, but what caught my attention was the interesting pattern of ridges and grooves radiating out from the peak. I don’t know what made this burrow.

Later I found many lugworm burrows and sand castings. On a warmer and brighter day in the future I’d like to return and dig one of the worms up to see and photograph it. My book says they are first greenish when uncovered, but if placed in water turn red. I caught a slight glance of one when a burrow I was watching suddenly started moving as the lugworm pushed a new casting up out of the hole. The burrows of the lugworm, and many other creatures, were easy to spot because the sand which had been pushed up was gray and contrasted with the brownish colored sand on the surface.

I worked my way north along the beach and found another huge area of sand dollars, so dense it was tricky navigating around them. When I returned home I learned more about these animals. This was the Eccentric Sand Dollar and, as I discovered, can be found in massive densities, over 500 per square yard. I also found they eat diatoms and can live up to 13 years. For some reason I never considered a sand dollar growing, when I have ever found a dead one washed up on the shore, it was a hard, if brittle shell. As I walked though, I saw very small sand dollars, less than two inches in diameter, next to larger ones. The once or twice I didn’t see one and felt a tiny crunch under my shoe made me feel bad, even worse when I learned they can live over a decade. I encountered a woman who said she’d live here her whole life and had never seen so many sand dollars. Likewise, I have never seen so many, in fact I can’t recall having seen any live sand dollars.

In one patch of sand dollars I noticed something different in the sand patterns. In the valleys, where the water was still collected, I noticed groups of pellets. When I looked closer, many of these pellets were near a small burrow, underwater. I took pictures and researched when I returned home. My best guess is these were from the Bay Ghost Shrimp, a small, pinkish shrimp which lives under the sand. Apparently they make mounded burrows which are characteristic of this species. I will return again armed with this knowledge to search again and see if I can find their burrows.

During my couple hours on the beach I regularly heard a soft sound all around me, like a very quiet shot. It was the sound of a clam being dropped from the air. The gulls feasted on clams by flying up into the air, dropping them so they would break open and then flying down to pick the clam out of the shell. I watched this behavior quite a bit and found there’s a learning curve. The immature gulls would make mistakes, dropping the clam in the water or right next to another gull. Naturally if a clam falls out of the air next to you and breaks open, you’d take advantage and these gulls pounced on this unexpected meal. The mature gulls were more successful, dropping the clams on the harder patches of sand and not near any other gulls. It was such a common behavior I half expected a clam to be dropped on some beach visitor’s head.

The crows were also numerous on the beach, many gathering to talk or bath in the freshwater. I observed a few digging in the sand, some with great persistence. I wonder if they recognized burrows of clams or shrimp and were able to dig out the occupants.

Most of the stretch of sand was devoid of rocks, but there was one small area with a scattering of boulders. On one of these larger rocks I found barnacles which were absolutely huge. I would estimate they were four inches in diameter and maybe as tall. My best guess is they were Giant Barnacles (Balanus nubilus). 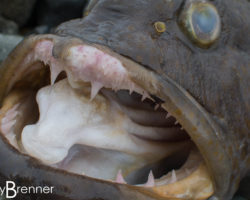 Despite being a certified pluviophile, this long, gray winter (and autumn for that matter) has been starting to get old. Seattle has been a city in monochrome for months and while I've found many noteworthy things this winter, I'm starting

Earlier this week we visited Lincoln Park in West Seattle. The park lies along the western edge of the city overlooking Vashon Island and the Puget Sound. Part of the park is a bluff full of Pacific Madrone trees with