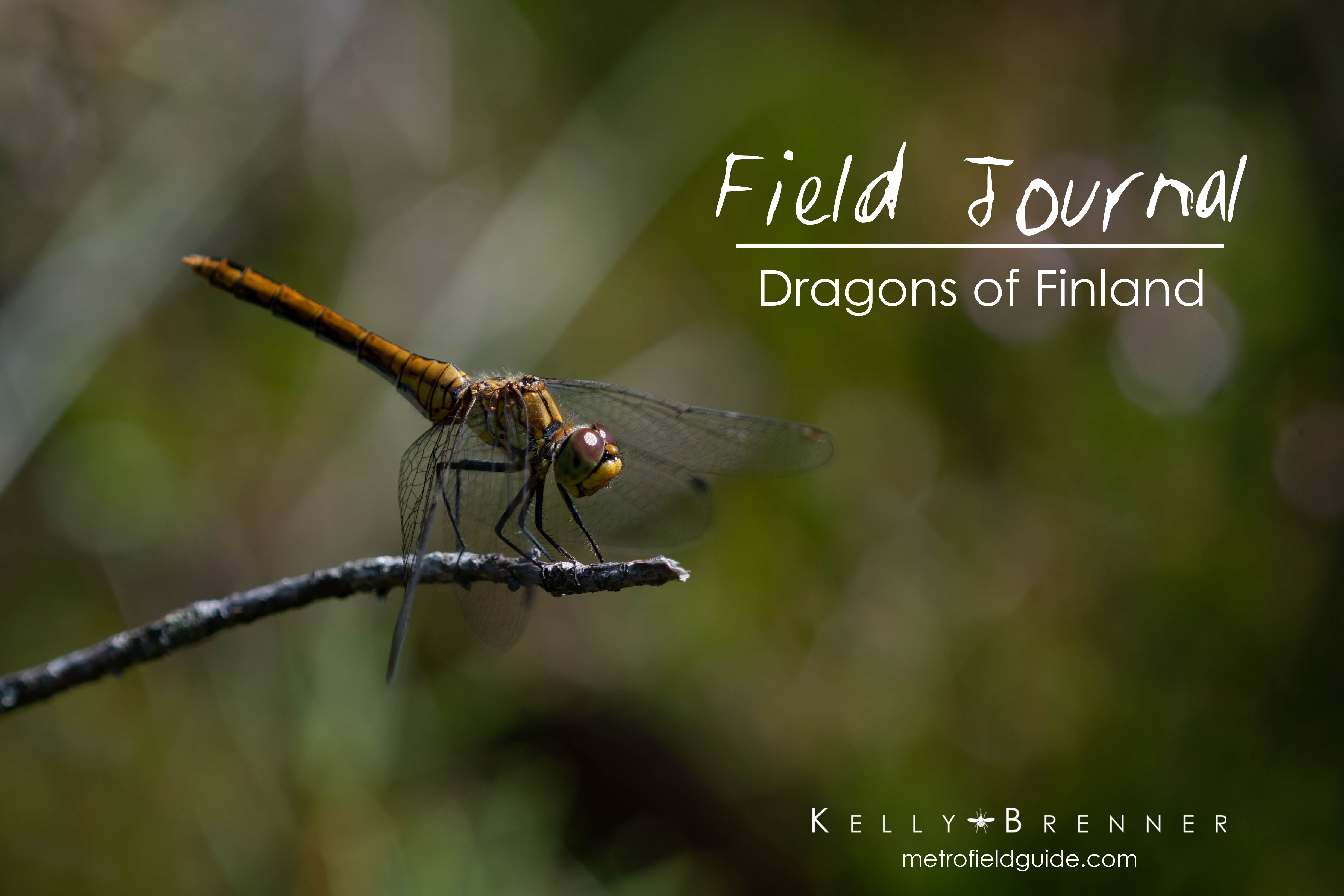 I admit, Finland may not be the most popular country to visit for dragonflies. Most people head to warmer locations like Costa Rica which has 270 species or Australia which has 320 species. Finland meanwhile, has a mere 62 species of dragonflies and damselflies. Although I didn’t expect to see many, if any, dragonflies last time I visited Finland, I was treated to an abundance of dragons and even a swarm over a boulder lined pond. Finding a lot of dragonflies in Finland, especially north in the Lapland, was surprising, but perhaps it should not have been.

Yes Finland is cold, with a long dark winter and short summer. But this country has something special that makes it well worth the short breeding season for dragonflies: many lakes and mires. After forests, mires cover the most amount of Finland, although less than they used to because much has been drained for agriculture or otherwise destroyed. Mires are also known as peatlands and in Finland there are seven different types. While some are small, other mire complexes can be vast.

The structure of the mires and the presence of long lasting and slow melting snow creates a landscape full of year-round wet pools, the perfect habitat for dragonfly larvae to live. During the summer these pools are buzzing with dragonflies as I found two years ago when I walked through a mire in Pyhä-Luosto National Park in the Lapland.

The Finnish word for dragonflies is sudenkorento and I hoped to see more during my return to Finland this summer. This trip we visited another national park, just a little south of Pyhä-Luosto National Park and outside the Lapland. Syöte National Park has many different types of habitats to visit and we spent four days exploring hills, lakes and forests. It was at one lake I caught my first good look at a dragonfly, a stunningly metallic green species called a Brilliant Emerald (Somatochlora metallica). These dragons can take on a copper sheen in the right light and I was lucky to find one perched and observe the rainbow of colors the metallic body produced. There are other species of Emeralds, but this one is the most common in Finland, although it doesn’t venture much further north. At the same lake I saw a Jewelwing damselfly several times, and I chased it until it landed, but by the time I’d catch up, it had vanished. In the end, I caught only one, very blurry photo of the Jewelwing.

Near a different lake, along a sundew lined pond, I watched more dragonflies buzz around the water’s edge. One minute a half dozen would be flying, the next they all vanished. It took considerable patience to get a photo of even one of them, and that one was a Small Whiteface (Leucorrhinia dubia), a black dragon with red markings and a white face. This little dragon is one of the most widespread species in Finland and easy to see because it regularly rests in the open on the ground.

A day later I chased another Jewelwing damselfly up and down a constructed creek, but utterly in vain because they never landed. In the same creek I watched another Brilliant Emerald patrol his territory, chasing off any other dragons who came near. Its patrol route was so regular I was able to aim my camera at one location and with some patience, capture photos of it in flight.

But it was a few days later, when I took a solo trip to visit four different national parks, that I hit upon a dragonfly bonanza. Each of the Finnish national parks has a logo, something which represents the unique aspect of that park. Pyhä-Luosto National Park has a Siberian Jay and Syöte National Park’s is a meadow sauna to illustrate the slash-and-burn use of the land there. So when I saw that one park had a dragonfly for the logo, I knew I had to visit.

Puurijärvi – Isosuo National Park is a three hour drive northwest of Helsinki. The website promised a mire full of dragonflies, which was hard to believe until I arrived because it’s set right in the midst of massive expanses of farmland. But it turned out the park’s logo was very aptly chosen.

Almost immediately I encountered dragonflies and damselflies and I quickly discovered the understory was alive with yellow dragons that would take flight as I walked, hover over the duckboards in front of me and land again when I stopped. I believe these were mostly Moustached Darters (Sympetrum vulgatum) and they were everywhere. Sometimes I would see five or six hovering in front of me at once. The yellow individuals were likely immature dragons because the males are all red, while the females are yellow and red. Later I did see some red dragons that may have been mature males but were harder to approach, as well as mature females.

Less obvious were smaller and darker colored damselflies. But looking at them closer revealed they were large for damselflies, and as brilliantly colored at the Emeralds I saw earlier. These were either Common Spreadwings (Lestes sponsa) and/or Robust Spreadwings (Lestes dryas). The spreadwings are very similar and difficult to identify from photos, but my best guess is that I saw both.

During my entire walk around the mire I was accompanied by dragons, there were always some in sight, either on the duckboards, flying by me or taking flight when I got too close. It was a magnificent day. 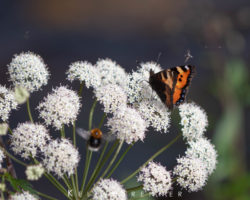 Poem of the Week: Farther in summer than the birds

By Emily Dickinson Farther in summer than the birds, Pathetic from the grass, A minor nation celebrates Its unobtrusive mass. No ordinance is seen, So gradual the grace, A pensive custom it becomes, Enlarging loneliness. Antiquest felt at noon When August, burning low, Calls forth this spectral 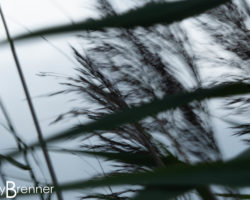 Poem of the Week: Who Has Seen the Wind?