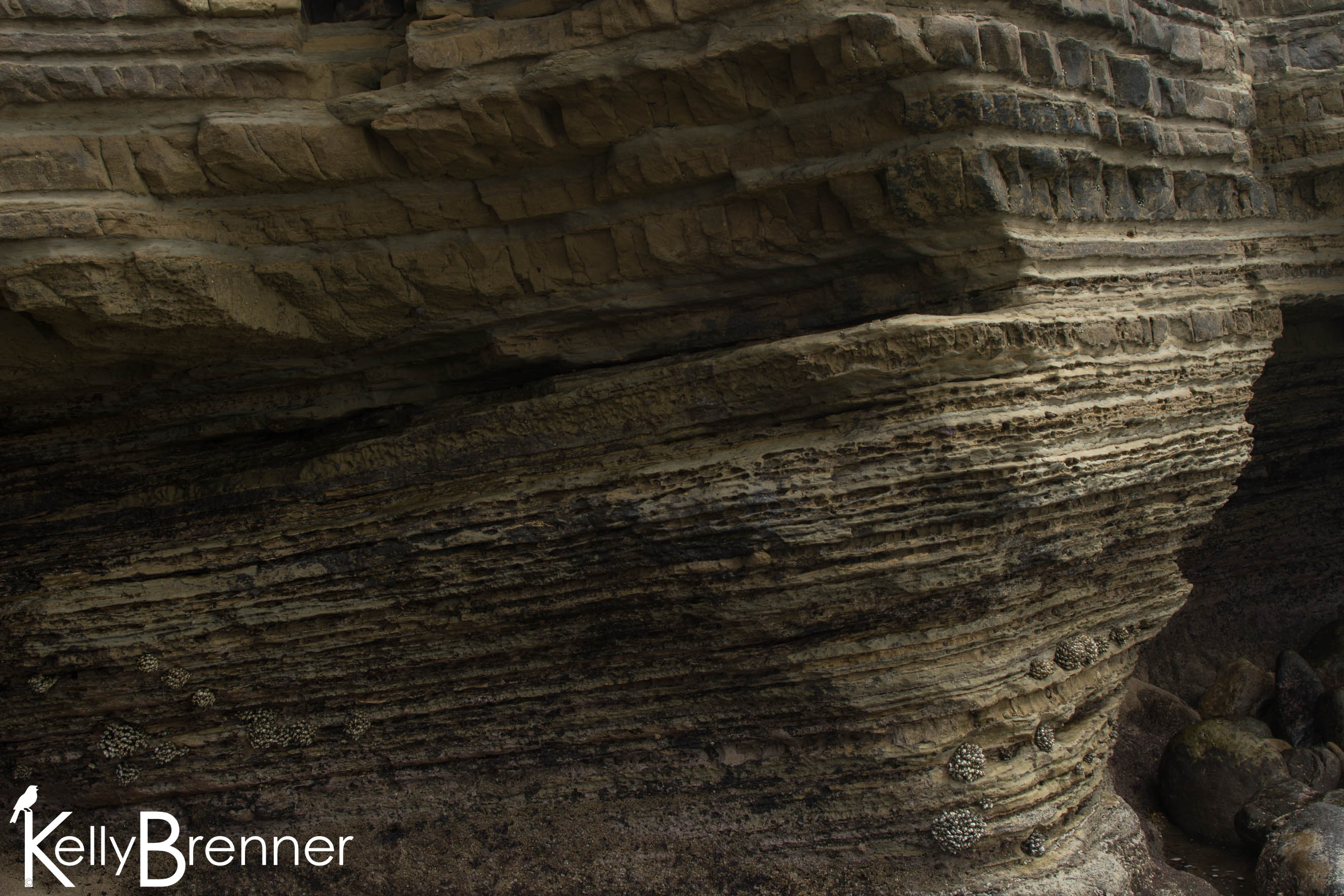 In the afternoon of our second and last full day in San Diego, after we visited Tecolote Canyon we headed towards the Pacific Ocean. I wanted to find tide pools to visit at low tide and read that Cabrillo National Monument had some pretty nice marine fauna. Unfortunately, what I didn’t realize was that it was a free parks day and by afternoon the place was absolutely packed. There was no parking near the tide pools and when we finally arrived, after low tide had already peaked, there were so many people that navigating the rocky shore was more like navigating cars at rush hour. Sadly, I didn’t get to thoroughly investigate the tide pools and animals and instead had more of a fleeting glance. I’d love to go back another visit when it’s less busy and the tide is further out, because it does look like a phenomenal place to explore.

The rocks are stunning enough to want to make anyone learn more about the geology of the landscape. Layered together like enormous pancakes, you have to walk down the natural stairs that have formed. The varying shades of beige to orange create a complex tapestry where the ‘stairs’ sometimes recede into the rock and turn into living MC Escher art. The rocks are punctuated by large clusters of the beautifully patterned Gooseneck Barnacles which splay out like a bouquet.

Right away I noticed many animals clinging to the rocks like limpets and chitons. Most fascinating to me were the chitons who appeared to be trapped in deep holes. I’ve heard that chitons can be particularly partial to their ‘home’, which they return to each night after venturing out to forage for food. But I wonder about these chitons and their holes. Did they find holes in the rocks which fit their size perfectly, or are they responsible for creating the holes? In other patches of rock I found a radiating pattern of lines which I believe were made by a snail or other animal scraping algae off the rocks. Perhaps the rocks are particularly soft. I’d love to learn more about this landscape.

In the water I found snail shells, iridescent and patterned, all gathered together in individual pools. But watching them immediately revealed they were not snails but hermit crabs. I found many groupings of these hermit crabs all wearing that particular shell.  On the rocks we found other crabs, larger than our shore crabs in Seattle, but similar in appearance. They were busy eating the algae on the rocks, their claws constantly moving from rock to mouth.

I saw barnacles as well which looked like our common Thatched Barnacle, but their shells were either partially, or entirely pink. There was one structure on the rocks I couldn’t quite figure out until I looked on the Cabrillo Intertidal Guide. It looked like a honeycomb structure, but made of tiny shell or sand particles. I discovered it’s the home of the Sandcastle Worm.

As the tide started to rise I turned my attention back to the rocks and found them to be fascinating. In some places the horizontal layers were marked with dozens of limpets, barnacles and other shelled animals. In other areas, the rocks had turned into a series of pockmarks with the various limpets, snails and others attached inside. Caves with large boulders on the bottom also hid under the top layer of rocks, unseen to those standing on the top.

As we hiked back along the road up the hill I kept an eye out and watched flocks of Brown Pelicans soaring in from the north. Near the top I crossed paths with a caterpillar and stopped to watch its march down the road. I looked up into the plants and found dozens of caterpillars devouring the foliage. They were mostly black, with orange heads and one orange spike projecting from their back end. Some had yellow dotted stripes running down the length of their bodies while others showed slight yellow spots and yet others had combinations of stripes and spots. I later learned these were the caterpillars of the White-lined Sphinx  Moths I had so enjoyed watching in Balboa Park. I also learned the caterpillars are highly variable in their coloring. It was a real treat to meet the larval version of this spectacular moth. 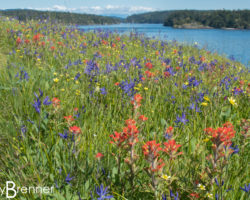 In the middle of May I was fortunate enough to sail aboard the Orion, a beautiful sailboat which tours the San Juan Islands in Washington. The tour was offered by the North Cascades Institute as part of their field excursions program. 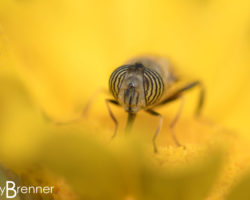 To begin our second day in San Diego, I chose to visit a place I'd heard about but had not yet seen, Tecolote Canyon. The park is named tecolote which also means owl and indeed, Great-horned Owls and Barn Owls