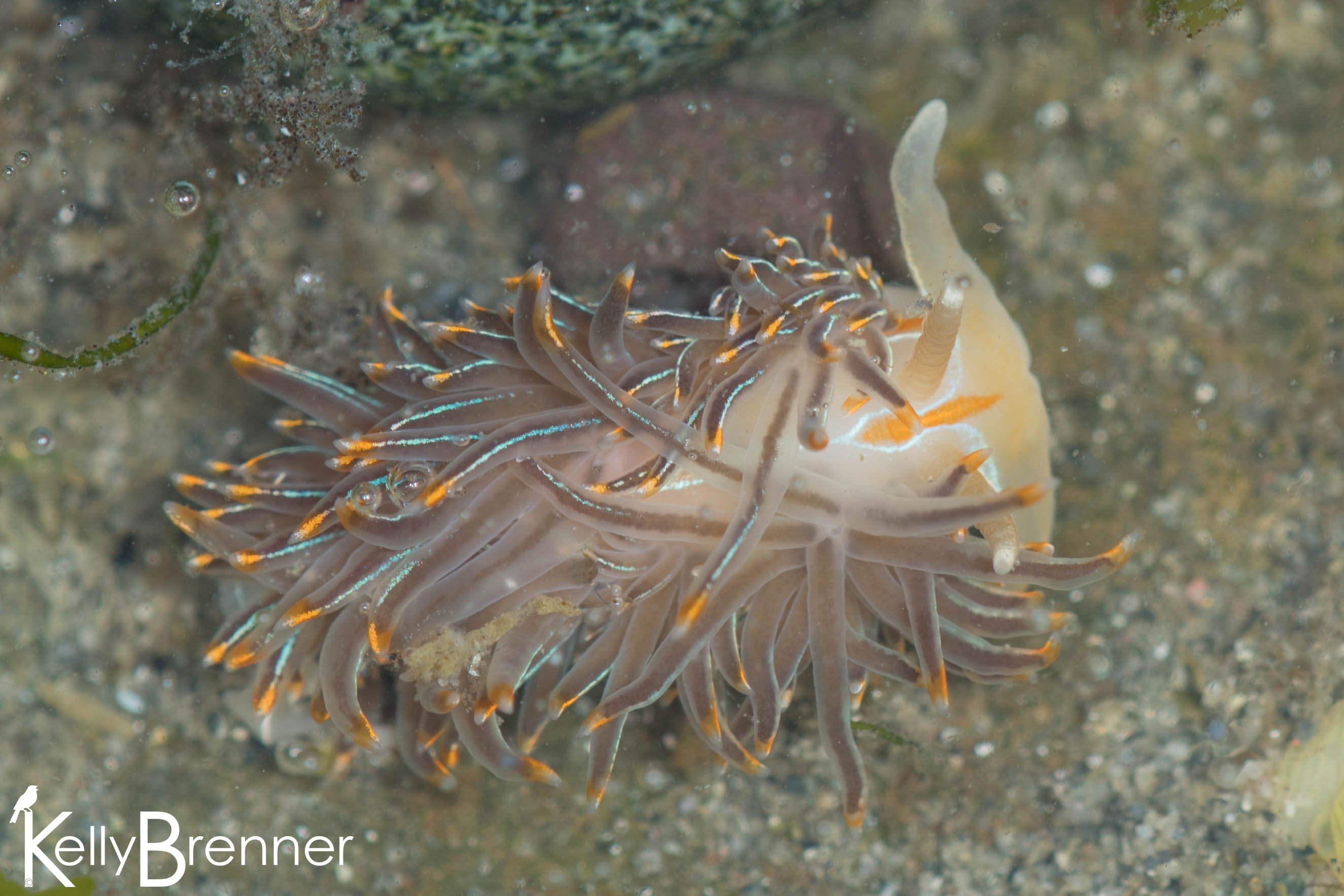 For Mother’s Day I chose to visit Alki Beach at low tide, one of my favorite activities in Seattle. It was busy on the beach and after noticing the many red hats walking around I realized it was one of the Seattle Aquarium’s Beach Naturalist days. The red capped people were volunteers there at low tide to educate visitors about the life on our shorelines. I started wandering and first watched a Great Blue Heron successfully fishing in the outgoing water. My next encounters were with chitons, limpets and sea anemones. Like I saw the previous day in Edmonds, dog whelk eggs covered some rocks. I observed something which looked like a sea anemone, but the base was completely buried in the sand and only ghostly white tentacles waved about in the water. Nearby a crab shell hosted a handful of Acorn Barnacles which were busy feeding.

It wasn’t long before I encountered my first Opalescent Nudibranch of the day under a small rock. It was tiny, no more than half an inch long and I placed it in the water so I could see the cerata float to life. The shore is a visually busy place with sand, animals, debris, seaweed and other things strewn about and I often discover things in my photos that were so small I didn’t notice them at the time. In my nudibranch photos I saw a small creature which may have been some type of amphipod and long, brown strands of something which were perhaps eggs.

Under other rocks I found flatworms and segmented worms. In another photo I noticed some strange gelatinous beings with the limpets. Dozens of Orange Sea Cucumbers were tucked under a grouping of large rocks with their lacy tentacles extended in the water. Mixed in with the sea cucumbers were many different types of sea anemones, some with pink candy stripes, others with gray tentacles. I found a few sea stars tucked away and feather duster worms being splashed by the waves.