A week or so ago I realized we may have a Spotted Towhee nest in our backyard, in addition to the Black-capped Chickadee and Bewick’s Wren nests. I was pulling weeds in the area which used to be a large deck and will one day be a wildlife pond, when a towhee flew up from almost under my feet. Realizing what it meant I quickly retreated and left the area to its own devices for the time being. Instead I started to watch, and indeed, a pair of towhees were constantly on the fence and in the neighbor’s tree. A couple of times I crept back to the corner of the garden trying to find the nest, but after some scolding from the towhees I quickly abandoned the search.

They were very sneaky, flying in and out from different places and I couldn’t discover where the nest was. Once I’d think I had it figured out, they’d fly out from a different area. A couple of days ago I started hearing a strange buzzing sound and quickly realized it was chicks. I decided to try using my new GoPro like a trail camera and set it up in the back corner, aimed at the area where I currently suspected the nest was.

I set the camera up, hit record and retreated to the other side of the backyard. After about ten minutes the towhee returned and hopped down into the garden. After it left I retrieved the camera and hit play. I had caught a great recording of the towhee with a large insect in its mouth. In fact, the insect has quite baffled me, I can’t figure out what it is. The downside of the recording, was the towhee hopped right past the camera and around behind it, the opposite direction from where I thought the nest was.

So I returned and this time faced the camera the opposite direction and waited again. This time I caught the towhee going in the right direction. I believe I even caught it in the nest, but it’s hard to tell through the vegetation. (See in video on top of post, it’s too large to embed.) But I didn’t know it was possibly in the nest until I looked at the video on the computer later. So I moved the camera again. This time I caught both parents hopping in to the nest area and leaving.

The videos show that the towhees tend to land away from the nest and hop quite a ways to the chicks. Sometimes they hop back out the same way and other times they fly up from another direction. I watched them land in the tree and spent a good five minutes or more surveying and quietly calling, all with an insect in their beak, before visiting the nest. They are quite sneaky, as ground nesting birds are required to be.

When I get a moment I plan to head back out again with the GoPro and hopefully get it closer to the nest. 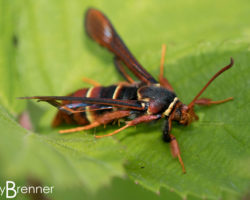 With the warm and sunny weather coming to a temporary end, I wanted to make the most of it to find some insects before the cool weather arrived. The day started sunny and although I arrived at the park in 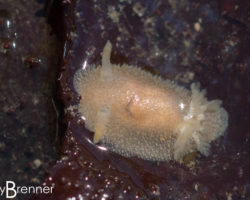 Last weekend we had the first of our really low tides of the year and I took advantage of it by heading to Alki Beach two days in a row. On both days I was eager to explore and although