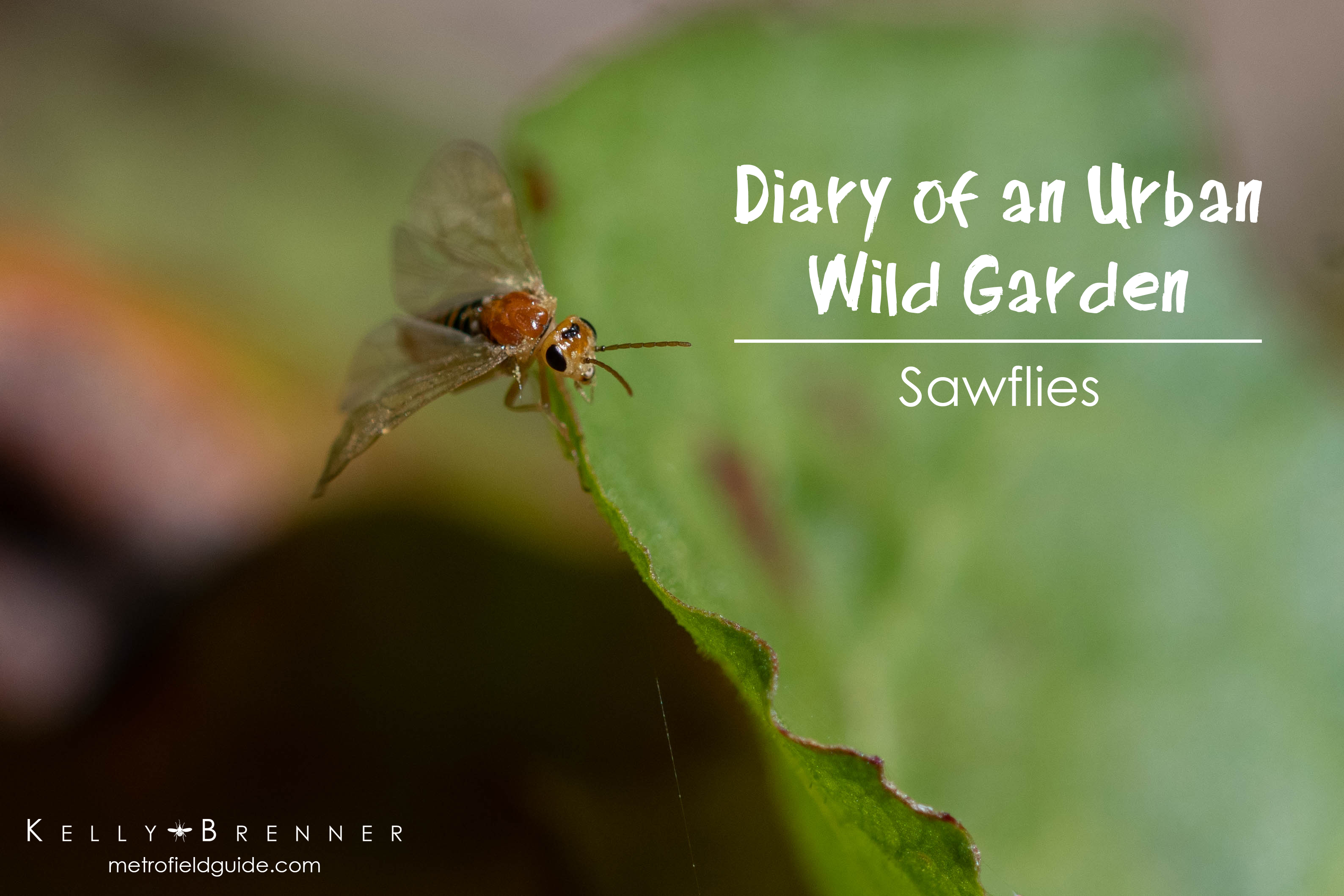 Being a naturalist often illustrates an interesting phenomenon. When I first learn about something, likes slime molds for example, I suddenly start finding them everywhere. Although it feels like they suddenly started showing up all over, they have, of course, always been there. What’s changed is my observation skills. It’s simply mind-boggling to me how many things I’m sure I still overlook simply because I have not yet noticed, learned or otherwise discovered them.

My backyard presents a more complicated picture though. Because I’ve created habitat where there was once only grass and a deck, new things do arrive regularly. But is the first time I notice them the first time they showed up, or have they been visiting far longer than that? Case and point, this spring I have noticed many different sawflies in my wildlife garden.

Sawflies are a tricky group of insects. They look like bees or flies and can be hard to distinguish at first glance. Sawflies have four wings, like bees, while flies have only two. Sawflies also have long antennae like bees, while the antennae of flies tend to be very short. But the bodies of sawflies are much more like that of flies, lacking a narrow waist. Their larvae are likewise very tricky because they look uncannily like caterpillars. One difference is that the caterpillars of Lepidoptera have up to six prolegs, which are the stumpy, fake legs along their body, while sawfly larvae have six or more. Sawfly larvae also lack any hair and tend to stay small.

A couple of weeks ago I first noticed a small, orange sawfly near the wildlife pond and I watched it for a while. I found the same sawfly again this week, also in the same area of the yard. It turns out these were a sawfly in the Hoplocampa genus, the larvae of which feeds on fruit of plants in the Rosaceae family. One of the plants in this family is Amelanchier, and our next door neighbor just so happens to have a Serviceberry tree that overhangs the exact corner of the yard where I saw both of the Hoplocampa sawflies.

Oooh! The first one (orange one) is Hoplocampa – they feed in developing berries mostly of the rose family (e.g. Spiraea). The second one is also a nematine. Can’t really tell more from the photo but looks likely to be Pristiphora. Thanks for the tag! And the sawflies 😁

I also saw another small, black sawfly on the osoberry that looked more like a wasp than a fly and it may be in the Pristiphora genus of sawflies. A third sawfly I found as I sat watching a patch of Cooley’s hedge nettle for bees. I noticed a strange bug had landed on a leaf of the nearby fireweed and I immediately knew it was something different. I only managed a couple photos before it flew off and when I looked at them I was initially stumped. The antennae were long, but they had knobs on the end, more like butterflies than any bees or flies. The abdomen was thick and rounded and had a gold sheen to it. There were obviously four wings, which also had a gold tint, but in addition included some dark coloration on the otherwise clear wings. It was a strange insect, as though it was a Frankenstein mashup of other bugs. But, of course, it was a sawfly. This one was in the Abia genus, a group of sawflies introduced from Europe.

Some of these sawflies may be new to my yard, but I’m definitely noticing sawflies more as a whole. On my recent visit to Magnuson Park I observed several sawflies which were flying amongst the wasps and bees. They’ve always been here, and now I’m finally seeing them more. 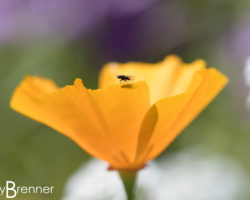 Poem of the Week: The Fly

How large unto the tiny flyMust little things appear!—A rosebud like a feather bed,Its prickle like a spear; A dewdrop like a looking-glass,A hair like golden wire;The smallest grain of mustard-seedAs fierce as coals of fire; A loaf of bread, a lofty 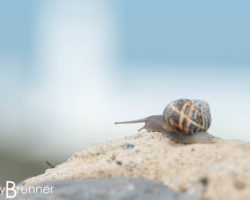 Poem of the Week: The Snail

To grass, or leaf, or fruit, or wall,The snail sticks close, nor fears to fall,As if he grew there, house and allTogether. Within that house secure he hides,When danger imminent betides,Of storm, or other harm besidesOf weather. Give but his horns the