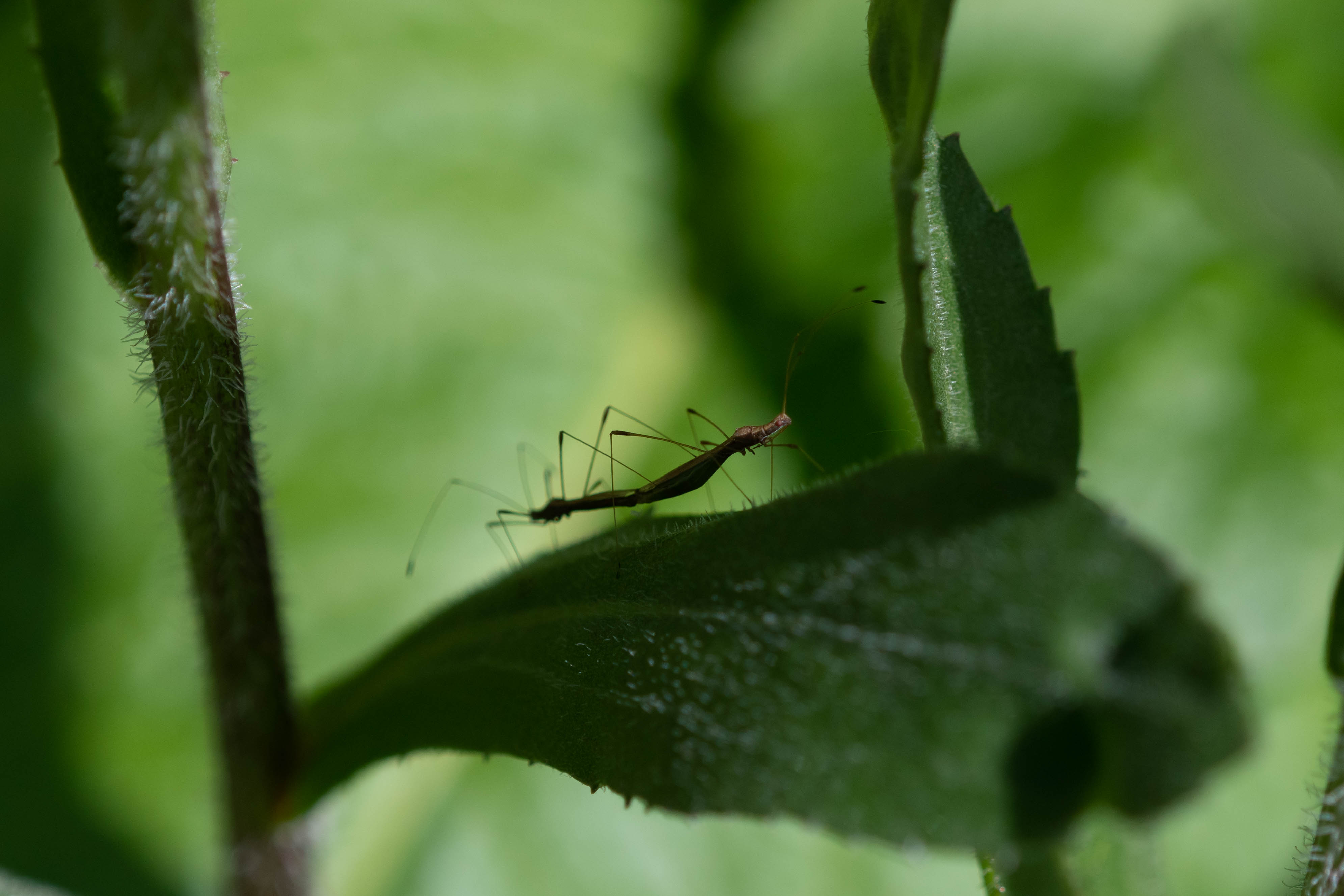 Diary of an Urban Wild Garden

Diary of an Urban Wild Garden: A New Discovery

Once in a while I encounter something in my yard that leaves me completely baffled. I may not be able to identify all the bees, flies or beetles I see, but I usually know that they are bees, flies or beetles. A few days ago, I noticed something that no matter what angle I looked at it from, I just couldn’t figure out even what type of insect it was.

At first glance it looked like a stick insect, but when I looked closer, I could see there were two, a pair mating back to back, attached together. They had long, sender bodies and even longer, more slender legs. Their antennae were also thin and terribly long, ending in little knobs, similar to that of butterflies. Their bodies were brown, but one had a thicker abdomen which had a green underside, and they both had reddish eyes.

I found them mating on my blanket flower (Gaillardia aristata), a plant with flowers of bright yellow and red. The stems and leaves have small hairs and this was a clue as to what these fascinating insects were. I took a lot of photos with my camera and a video with my phone and posted the video to Twitter, where I quickly got an answer to my mystery creatures.

Stilt-legged bugs, or just stilt bugs, are in the family Berytidae and there are just 12 species in North America. They feed mostly on plants, particularly plants that are hairy, just like the blanket flower I found them on. They are true bugs, in the order Hemiptera, which means they have piercing mouth parts they use to suck the fluids out of plants, including the stems, leaves and fruit.

But they aren’t restricted to plants, they also consume other insects, mostly slow moving ones like aphids. In fact, although they can get along fine solely on plants, they produce more offspring and live longer when they also feed on invertebrates. They generally live on the ground and are easily overlooked as they blend into the vegetation. When disturbed, they creep around the opposite side of a leaf or stem. I lost track of them multiple times as they did just that, and I had to re-find them regularly during the hour or so that I watched them.

There’s not a whole lot of information about these interesting bugs and much about their biology is unknown. Regardless, I had a lot of fun photographing these bugs and their great silhouettes.

Become a Patron!
Liked this? Take a second to support Kelly Brenner on Patreon!