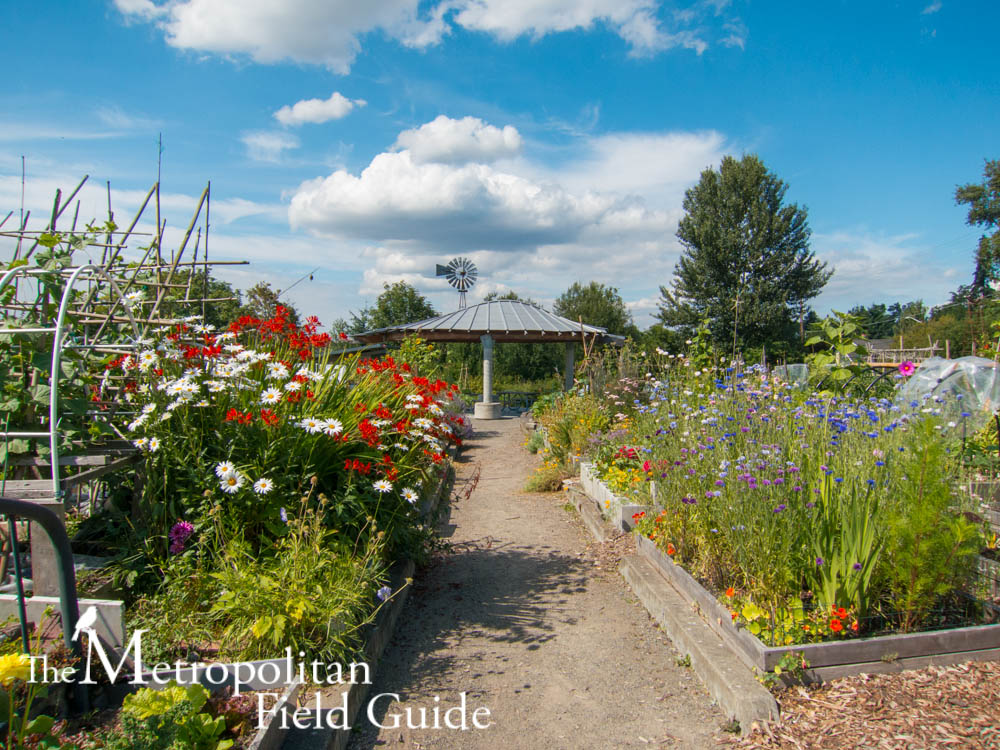 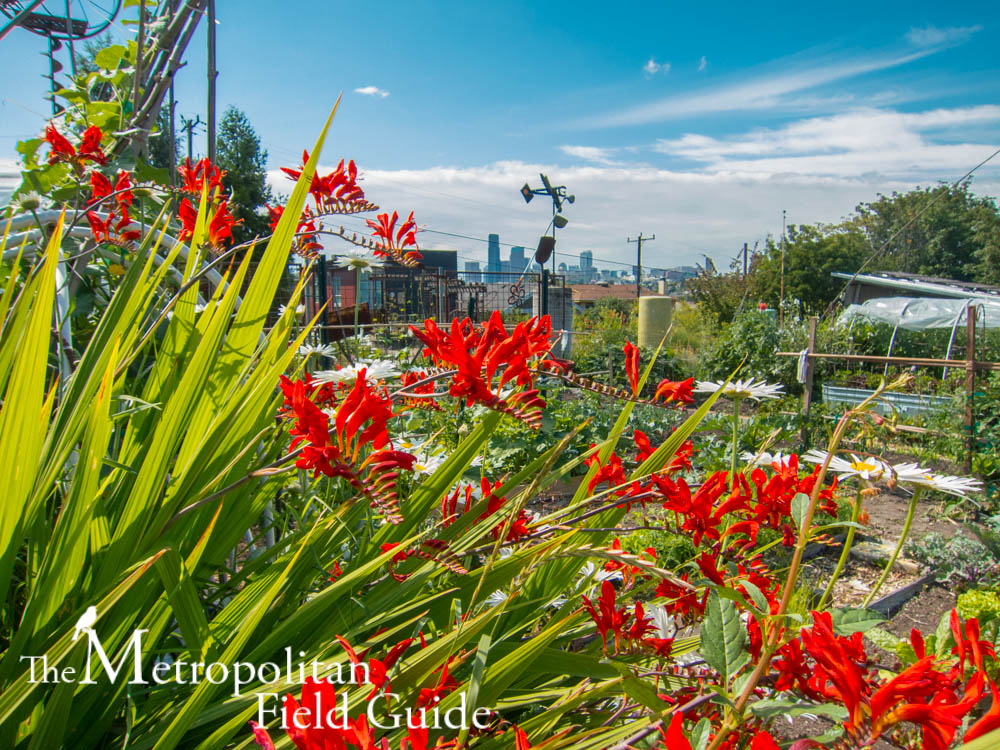 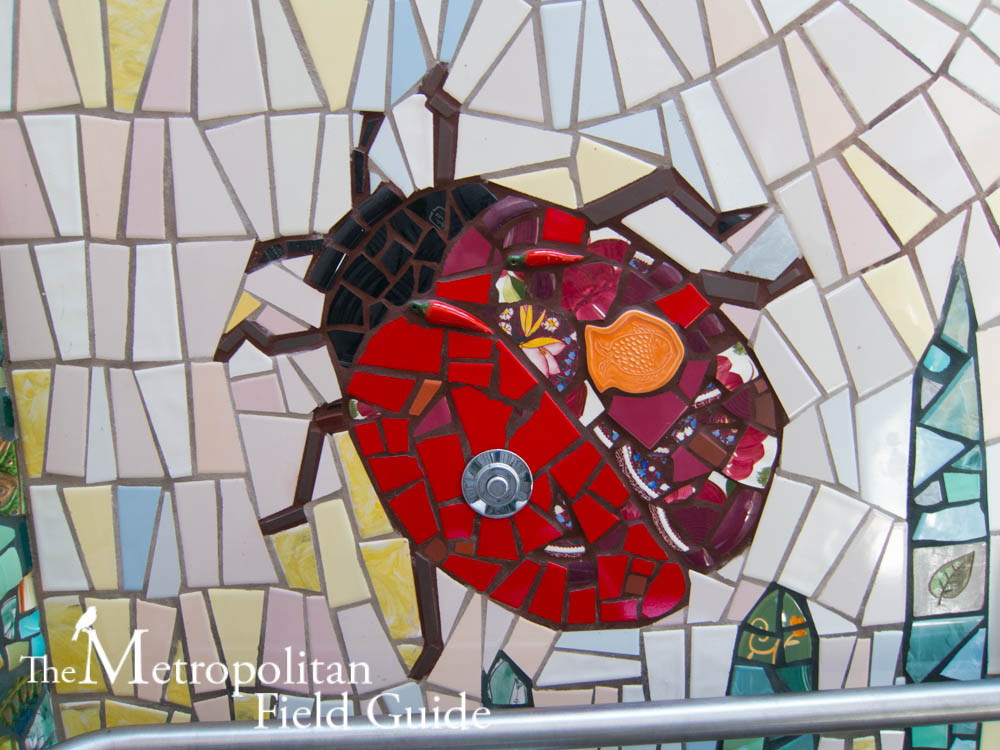 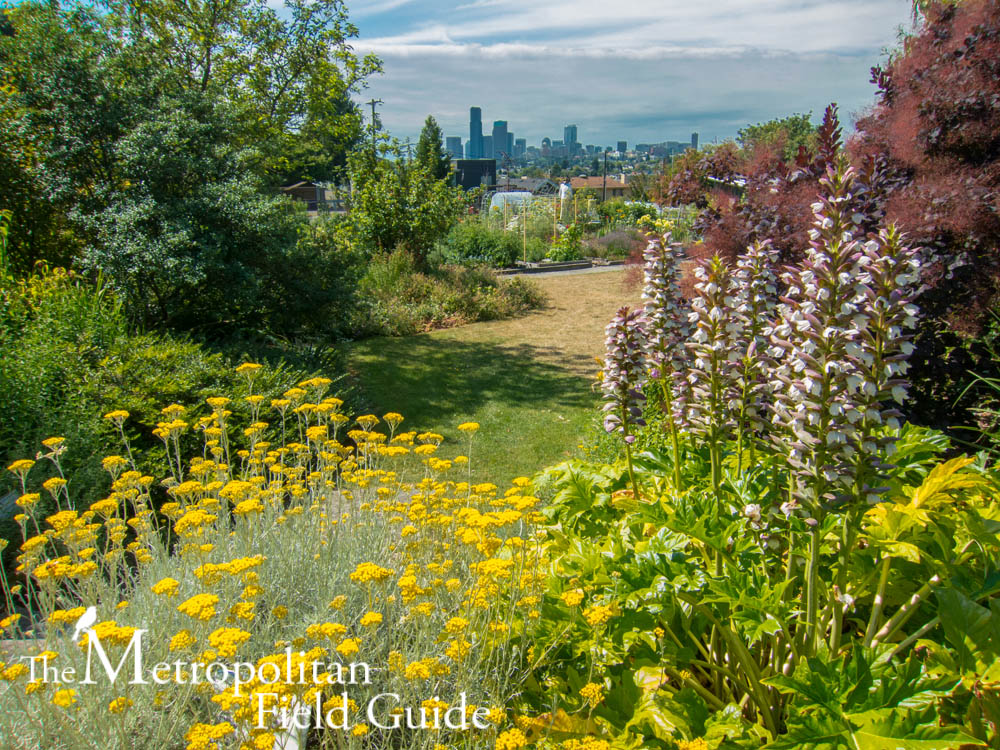 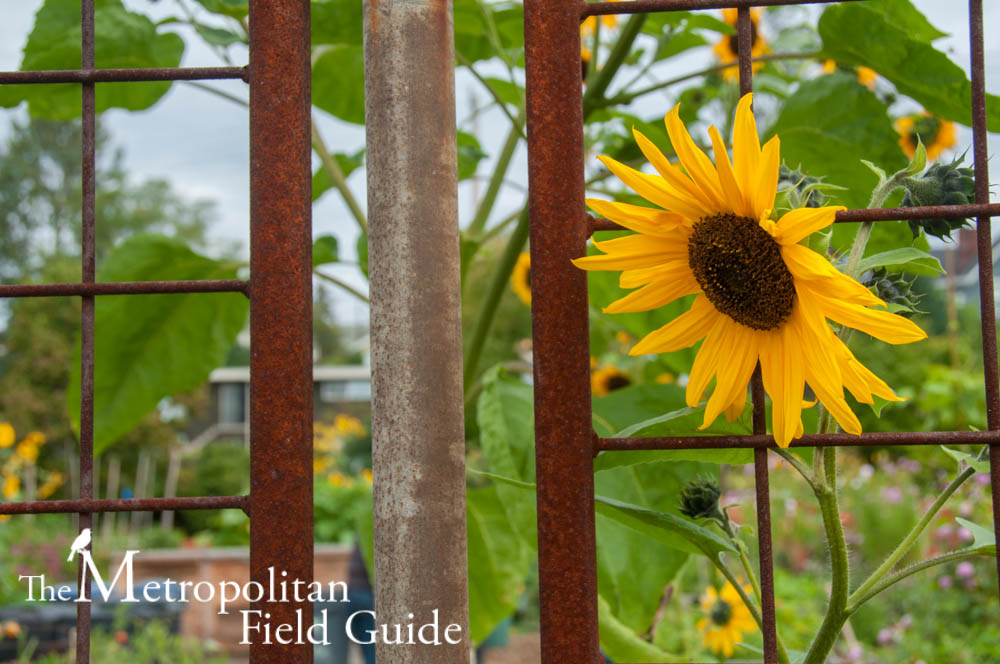 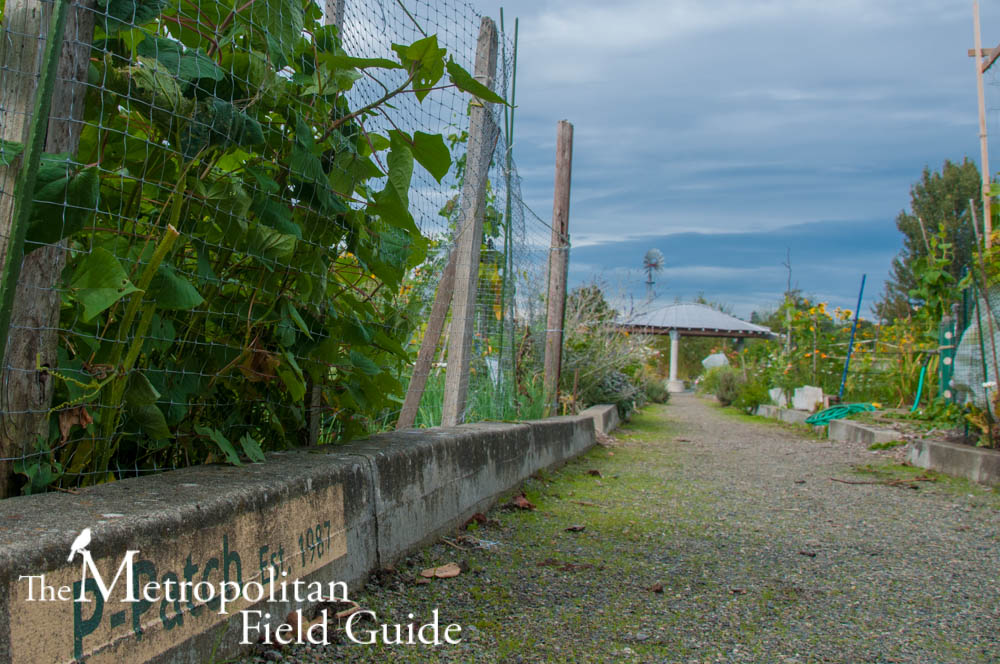 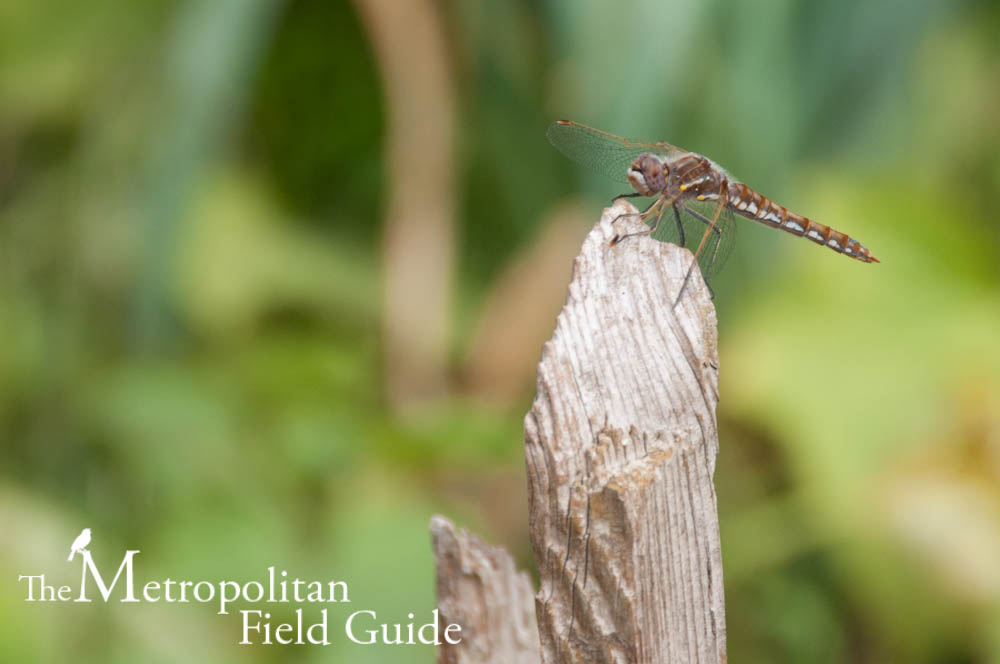 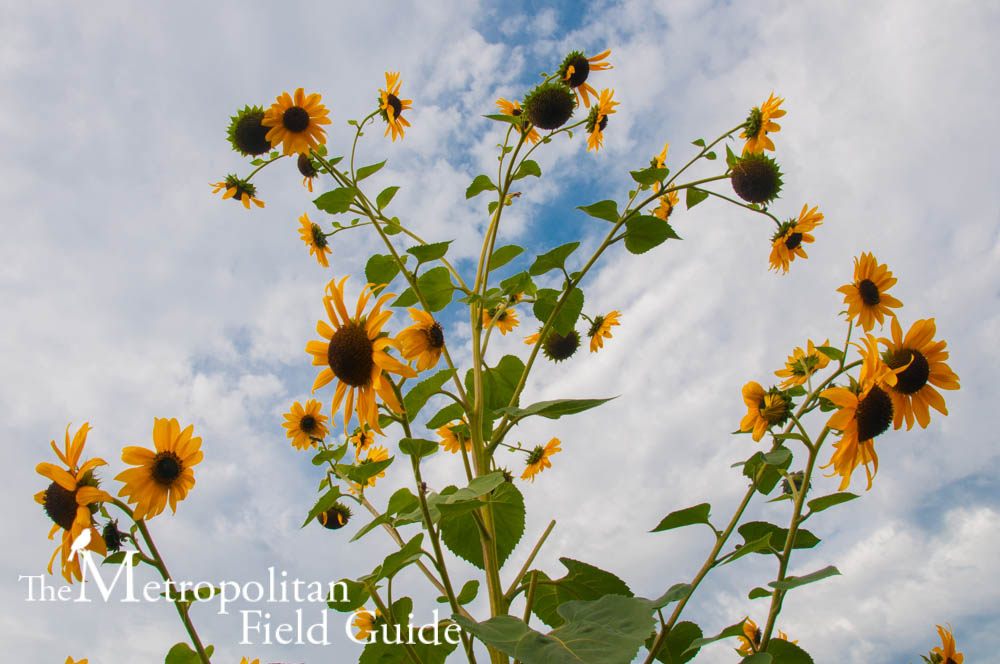 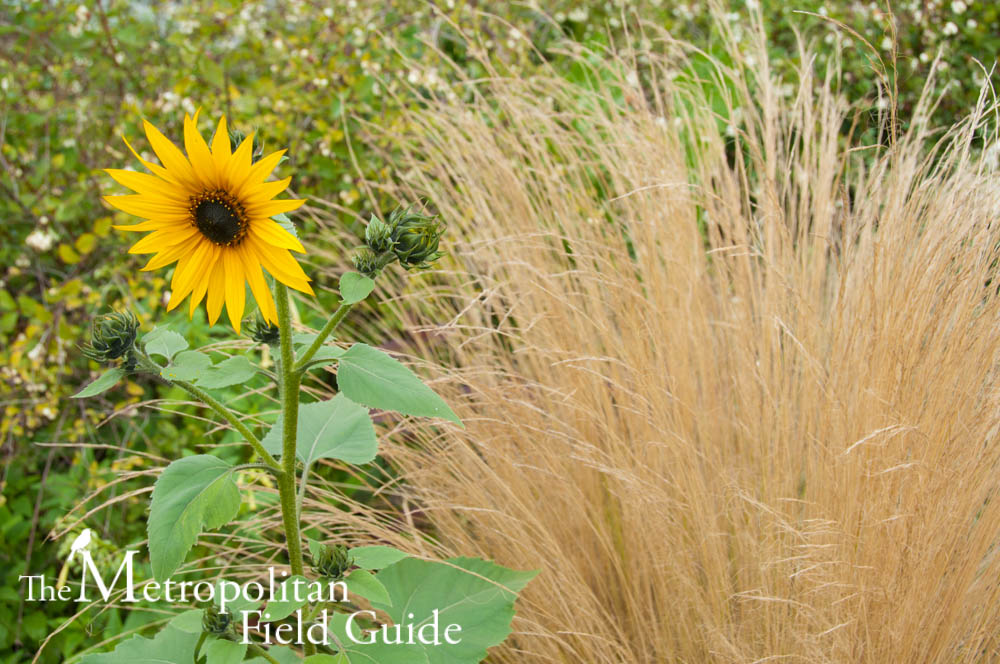 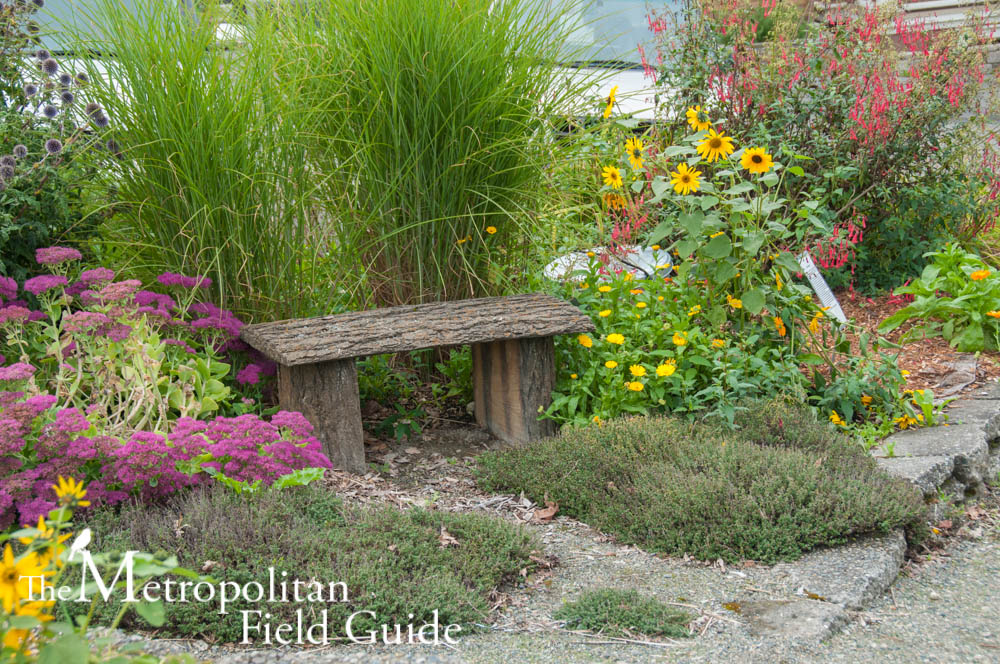 The history of Bradner Gardens Park goes back to 1971 when the 1.6 acre lot was purchased by the City of Seattle along with 19 other lots in the city to be used for parks. For many years however it was leased out, first to the school district and then social services. In 1987 a P-Patch was established for Mien immigrants from Laos and along with a basketball court, left over from the school days, the lot provided a community space for the diverse neighborhood. In the mid-90’s neighbors discovered that the city had plans to sell the lot without ever building a park on it. The community sprung into a fury of action by making calls, talking to the city and the mayor who was on the side of the proposed development. They then held a couple of design charettes with landscape architect John Barker and community members as well as current users of the space, the gardeners and the kids who used the basketball court. With this input John Barker prepared a plan that the community presented to the city. After a two-year battle and no results the community tried a different tactic by gathering signatures (over 24,000) and introducing the Protect Our Parks Initiative. The initiative became Ordinance #118477 and states:

All lands and facilities held now or in the future by The City of Seattle for park and recreation purposes, whether designated as park, park boulevard, or open space, shall be preserved for such use; and no such land or facility shall be sold, transferred, or changed from park use to another usage…

Thanks to the community’s concern for their open space, the entire city of Seattle can now be assured their neighborhood parks can’t be easily lost to development. There were still challenges for Bradner Park to actually become a park, but again, the community banded together and several organizations including the Friends of Bradner Park, Seattle Tilth, WSU King County Master Gardeners, the P-Patch Program and the Washington Native Plant Society joined local community members to make the plan a reality. In 1998 construction began and the final stage was finished in 2003 with over 40,000 volunteer hours.

Bradner Gardens Park is located in the Mt. Baker neighborhood of Seattle, to the southeast of downtown, which can be seen from the garden’s view. The 1.6 acres packs a lot in with the P-Patch, Seattle Tilth Demonstration Garden, Pavilion, native plant garden, habitat garden, rain garden, butterfly and hummingbird garden, xeriscape, kids garden, play area, basketball court and classroom. Among the gardens is a huge amount of art, some hidden away among the plants, some out in the open and some under foot. The garden is volunteer run in cooperation with Parks and Recreation and completely organic. In fact, a work party was just finishing up for the day when I arrived.

There are several structures in the park including three entry gates, which were designed and installed for a design/build studio by the architecture department at the University of Washington. The central, leaf-shaped pavilion and bridge was also designed and constructed by the architecture department. One of the most noticeable structures is the old windmill at the north end of the garden which is used to pump water from a seasonal pond to a dry riverbed.

The bench along the basketball court is a mosaic full of wildlife such as birds, frogs and dragonflies and was assembled by Coyote Junior High students, while artists contributed many pieces including a carved, wooden bench, a painted fish, painted concrete pillars, a garden tool fence and a large, red tractor.

Along the border are several themed gardens created by the Master Gardeners including butterfly and hummingbird, sensory, winter interest,  shade, native plant, fragrance and dry or xeriscape. Each of the demonstration gardens are scaled such to fit a smaller, urban yard and are the settings for regular classes and workshops.

The native plant garden which provides wildlife habitat is along the border of the park and acts as a screen from the neighbors on the same block. It’s full of native plants, various species of trees and shrubs, which replaced a large blackberry patch. There is much activity in the garden with many birds including Chickadees and even a Flycatcher.

Aside the native plant garden is a miniature arboretum featuring over 50 types of trees that are suitable for small urban yards and under utility lines because they all have a shorter growth habit.

The P-Patch is not without its own wildlife and I observed butterflies, dragonflies and a large variety of bees throughout the garden. The community gardens are as individual as the people that tend them, many have their own mosaics or other art. There are common themes among the garden as well that bring home the community sense such as sunflowers, scarecrows and decorated hose bibs.

Bradner Gardens Park is a very interesting place to visit. One has to appreciate what has been done with this space. In only 1.6 acres there is abundant food being harvested, room for kids to play and learn, habitat, recreation and a place to picnic. So many activities go on here that range from education and exploration to gardening and farming to play and recreation. The sense of community makes the park feel comfortable, the art makes it unique, the view makes it wonderful and the wildlife makes it feel natural.

The Art of the P-Patch:: Seattle Times

Interesting Nature Extreme Insects by Richard Jones:: Featured on the Guardian website, this slideshow highlights a few images from a new book of extreme insects. News School of the Year Awards:: From the Big Wildlife Garden in the U.K. is a list of