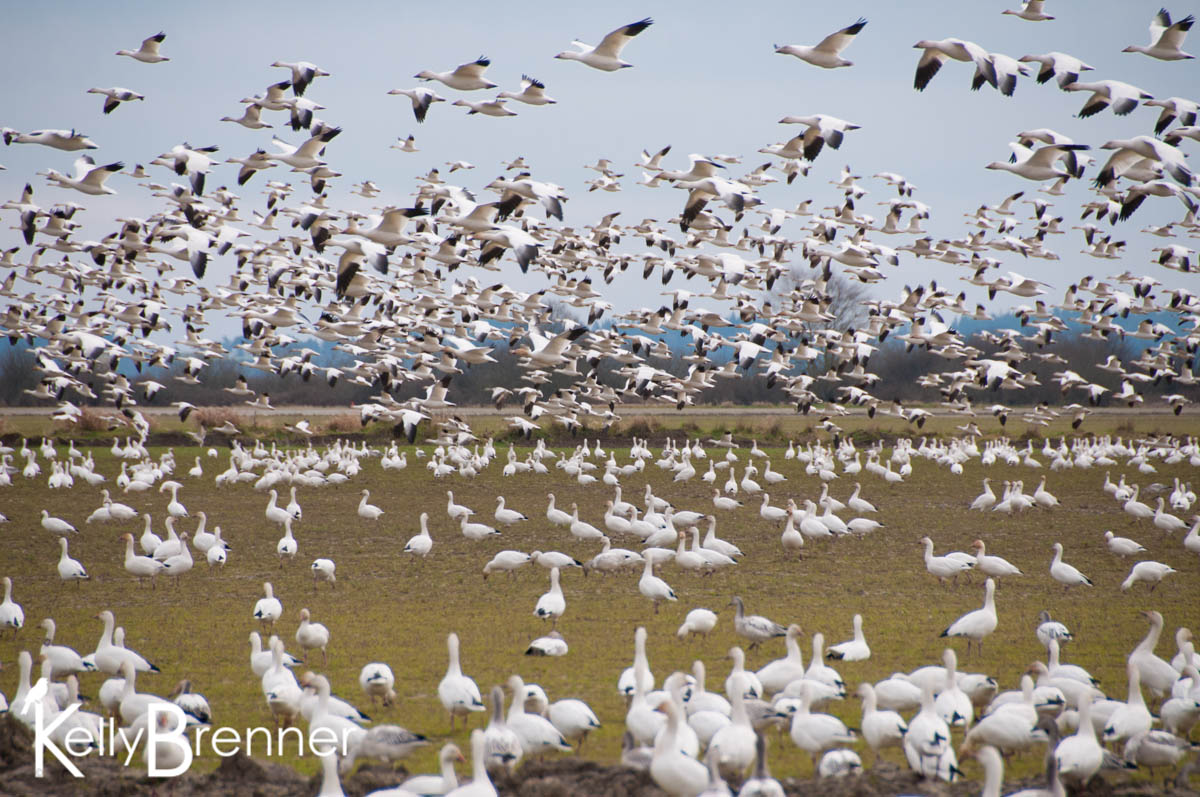 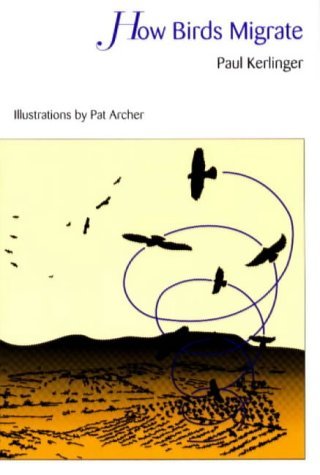 I finished reading How Birds Migrate

by Paul Kerlinger just ahead of International Migratory Bird Day which is coming up on May 8th. Migration is an important topic for the urban environment as many cities have an enormous impact on bird migration and many cities, including Portland and Seattle, lay in a major flyway, which is the Pacific Flyway on the west coast.

Apparently a new edition of the book came out recently which is worth a look at because the edition I read was very dated in some places. The book has a lot of great information about bird migration as well as a lot of case studies, most of which are from the east coast and very few from the west coast unfortunately. However, the basics of migration are well explained.

Many birds migrate at night including songbirds, owls, shorebirds and waterfowl. There are many reasons for this such as it’s cooler which helps keeps the birds body temperature cooler. Additionally, the air at night is more stable and requires less energy to fly. It’s important that we understand the impact of city lights along migratory paths and how they impact migration. As mentioned in the previous post, the Audubon Society of Portland is starting to monitor fallen birds early in the morning. Many other cities have started programs to reduce city lights such as Chicago, San Francisco, Toronto, Boston and New York City. There is also a significant human benefit to dimming city lights, reduced energy needs.

It’s also important to think about barriers when thinking about migration and if cities lay at either side of the barrier it will help the birds to provide the elements they need before taking off or when landing. Barriers can include large bodies of water such as the Gulf of Mexico, deserts, mountain ranges or even forests and prairies. Before taking off birds need enough water and food to stock up a good fat reserve and when landing many require safe places to land to recover from exhaustion. The book points out that migrants now find fewer places to forage and rest because for example forests have been cleared. In the Northeast urbanization is replacing the coastal forests forcing migrants to fly further to find suitable habitat to land.

A chapter in the book talks about rest stops which is another aspect to think about with urban environments. Refueling is important to keep the fat reserves as full as possible which will help keep them warm and prevent them from starving when they stop and there is no food. The urban environment can help these birds by providing a regular supply of food for a multitude of birds. Flowers help hummingbirds, plants that produce seeds and fruits help most songbirds and plants that house many insects also feed songbirds. However, food without cover may be ignored despite the need of the migrant. A study in Sweden showed that Bramblings spent more time in the forest than the fields because there was less predation even though there was also less food.

The final chapter in the book discusses conservation and talks briefly about inadvertent killing of migrants. Some of the ways birds are killed are by collisions with a variety of objects including buildings, towers, wires and windows. Radio and television towers result in the death of thousands of migrating bird each season. Foraging disturbance is also a little thought of factor of impacting the birds during migration. Human or domestic animal disturbance while foraging prevents the bird from building that important fat reserve. Cities could help provide disturbance free areas such as building roofs, walls, or other tall structures that are inaccessible to humans and domestic animals.

Each piece of the migratory route is important and the more assistance we can offer, the better chance each species has at maintaining their population. There are many, integrated elements that affect a migrating bird and the less negative impact we can make the better. By offering refuge in the city by providing food and shelter and by reducing the impact of cities by dimming lights we can help the birds as well as educate ourselves and start to reconnect with nature again by knowing that we’re doing a part to help. 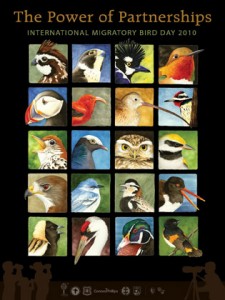 Be sure to find an International Migratory Bird Day event to attend on May 8th. You can search the events on the Bird Day website and even order materials to host your own event. The theme this year is “The Power of Partnership”. The events are always interesting and fun and the art for the posters every year is always fantastic. You can even print out bookmarks highlighting some of the birds from this years poster.

If you’re unfamiliar with this event here is a description from their website:

International Migratory Bird Day (IMBD), the signature program of EFTA, is the only international education program that highlights and celebrates the migration of nearly 350 species of migratory birds between nesting habitats in North America and non-breeding grounds in Latin America, Mexico, and the Caribbean. Each year IMBD explores a different aspect of migratory birds and their conservation.

If you happen to be in New York or visiting soon, be sure to check out Safari 7 which will be running from April 19-24. This is an amazing project that is centered on the