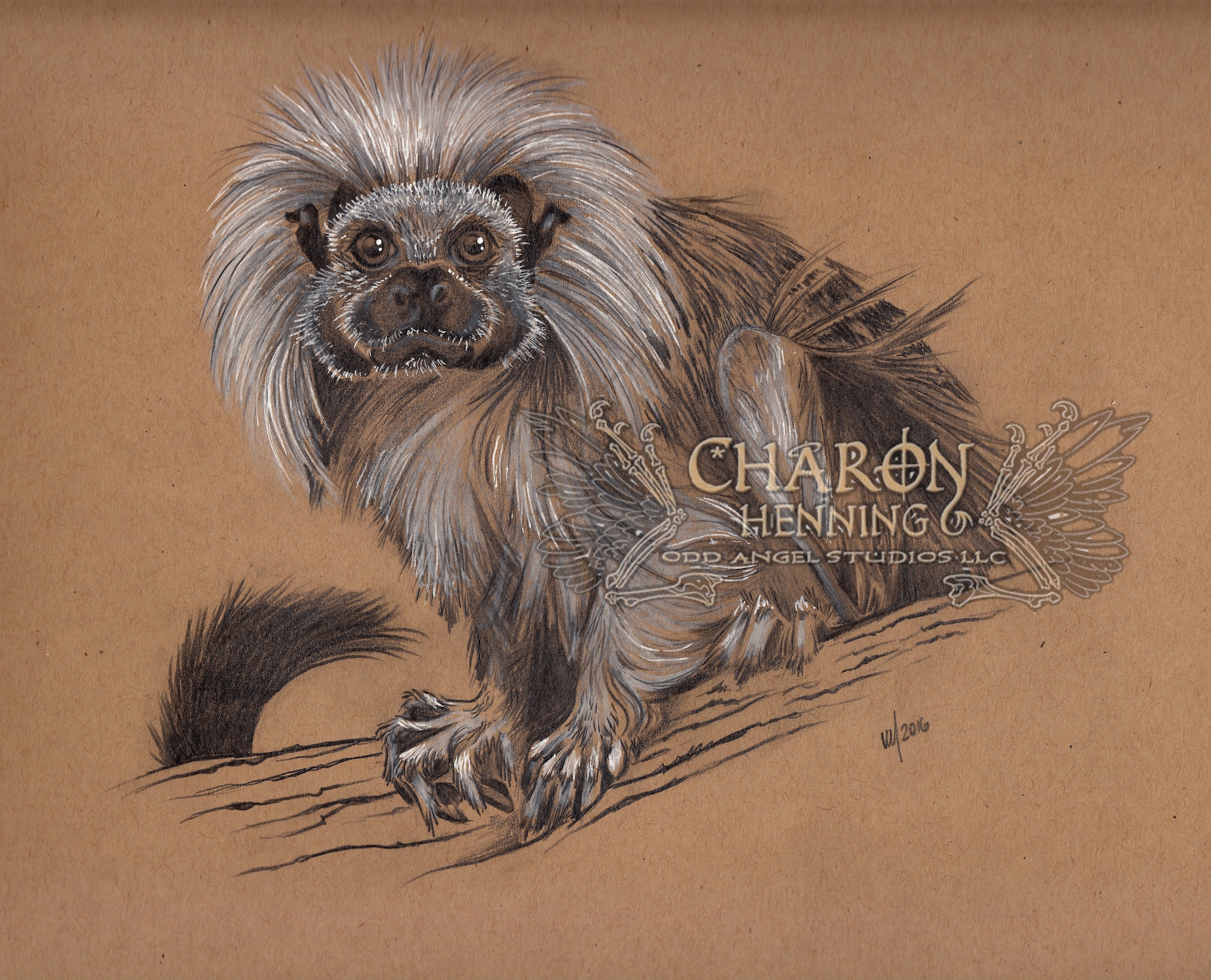 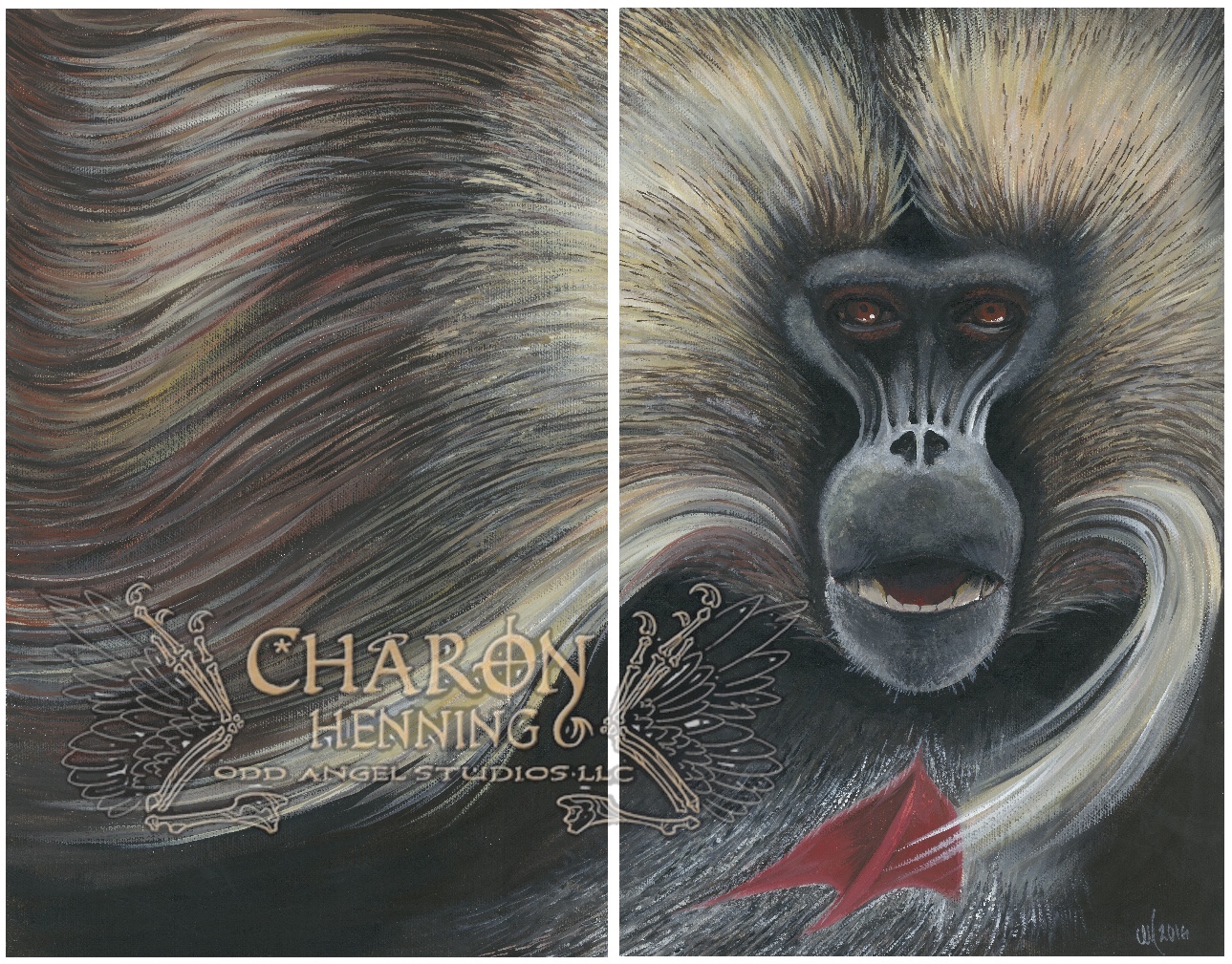 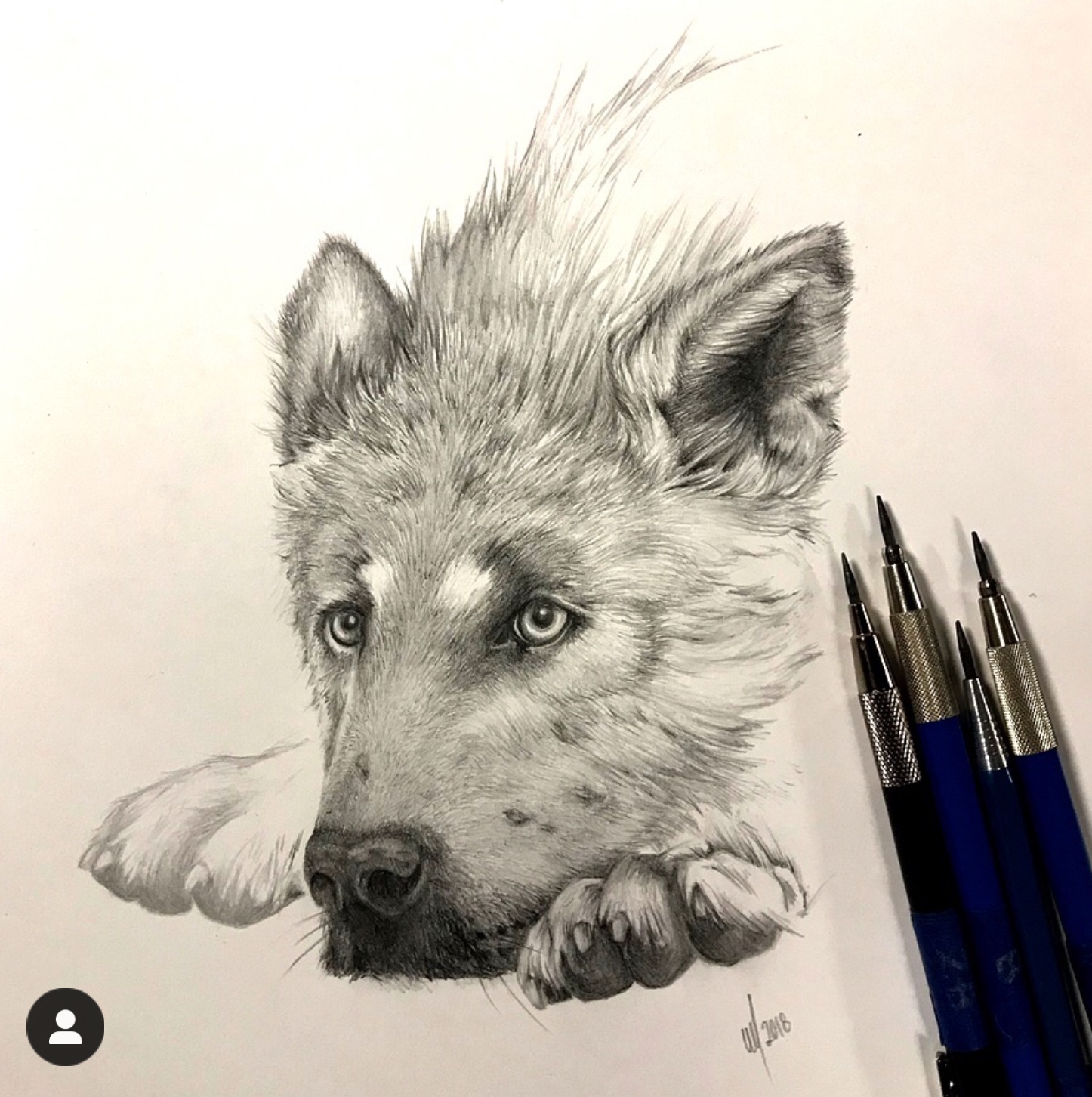 To say that Charon Henning is simply an artist is a vast understatement. When I interviewed her and learned more and more about where she came from and what she has done, a common refrain kept going through my head, that of The Cat in the Hat – “But that is not all I can do. Oh no. That is not all…”

Charon’s roots as a Visual Science Communicator and Scientific Illustrator began when she was a child and would bring home toads and harvestmen to share with her mother, who never discouraged her curiosity. In her basement, Charon had a set up of tanks where she could watch creatures she’d collected at a creek near her house. But the point of no return for Charon, “when it really took off for me, that can be summed up in three words, one man: Sir David Attenborough.” Life on Earth, one of Attenborough’s earliest shows, was the first nature documentary that Charon remembers watching. It was “deemed important enough that the television was brought into the kitchen *gasp* so we could watch it while enjoying dinner.” He became such a fixture in her life that throughout her childhood, Sir David was always “invited to dinner” when his new shows came out.

At the same time, Charon always wanted to be an artist. From the time she could hold a pencil she was drawing and her routine answer to the age-old question ‘what do you want to be when you grow up?’ was always ‘artist’. But as she grew older, as is so often the case, others discouraged her artist dreams and tried to turn her to more ‘sensible’ careers in graphic design or computer animation, which she knew with certainly were not for her. Fortunately for Charon, a teacher saw her potential in high school and began mentoring her, encouraging Charon to pick projects, clearly explain where she was going with them, set deadlines and learn to understand her audience. This high school teacher was so important to Charon, she has recently reached out to meet up with her, years later. It wasn’t the last important mentor Charon would have.

Ever since Charon knew what a tattoo was, she wanted to be a tattoo artist, in part because of the ‘starving artist’ myth which led her to look for an art career that could earn a living. She apprenticed under a tattoo artist whose mentor was “on the Bowery in New York in the infancy of the tattoo culture in the States” and she learned a great deal not only about art, but the tattoo industry and it’s history, reading every book on her mentor’s shelf. But it wasn’t an entirely positive experience and Charon ended her apprenticeship early, leaving with new skills, a love of tattoos and being ‘bomb-proof’ as a result of her time there. She has now been tattooing for 27 years and loves to focus on science themed tattoos and knotwork. “But that is not all! Oh, no. That is not all…”

Charon also is a variety arts performer, and although now semi-retired, she still performs on occasion for fundraisers or charity functions where she walks on glass, swallows swords and eats fire. Her older brother, a magician on the East Coast, ensured she grew up around ” this interesting mix of the performing arts” and performers. The ones who really got her attention were the sideshow arts practitioners. “It was a world I knew of through tattooing, Coney Island being a real mixing bowl of the two worlds, and when I met someone at a magic convention who offered to teach me some of what they knew I jumped on it.” Early on, Charon met her wife and they were soon touring the Renaissance Faire circuit, a gig that went on for a decade. But as the shows became more about profit and less about art, Charon returned to tattooing full time, until a couple of years later when the trajectory of her art career would change again. “But that is not all! Oh, no.”

Charon was working at a paleontology museum on an “interactive journaling project around paleontology, storytelling and meditation and negotiated to be able to do hands-on work with several of the fossil specimens that need up as drawings in the book.” One day the museum liaison looked over her shoulder as she worked in graphite and asked if she did any work in scientific illustration. She repeated what others had told her which she had carried with her and told her liaison that she wasn’t skilled enough for that kind of work – but he disagreed. His words stayed with Charon and she mulled over them for months before bringing up the topic with her wife who was wholly supportive of a career change, in her early 40’s.

Somewhere along the way, Charon also created a web comic called Kei’Phavian that “began as a series of story ideas about birds being the dominant species on the planet.” She also used it as a way to improve her illustrations of birds, something she wanted to get better at. Kei’Phavian “explores the concepts of birds in the role of the dominant species on the planet, and how humankind’s abilities to create community and connection through the tools of storytelling are covertly and expertly steered and nurtured by the avian world.” Charon has been reworking the art and story since she first created it to revolve around ‘Numbers’, a young crow. On the Kei’Phavian website a countdown to December 21st when a reissue will begin. “But that is not all! Oh, no. That is not all…”

Today Charon is a ‘location independent’ artist, roving the country in an Airstream trailer with her wife and cat. Her phone is her office and she carries all the art supplies she needs in the trailer. Being location independent allows her a variety of opportunities to connect with different people and institutions, like her recent internship at the Raymond Alf Museum of Paleontology. While Charon was working through a Scientific Illustration Distance Learning Program, she consulted with Dr. Andrew Farke, the curator at the Alf Museum and near the end of her program, was able to secure an internship at the museum. Charon completed a ten week internship during which time she “created figures for a paper on ceratopsian humerus bone ontogeny as well as several color life restorations of Miocene mammal species for use as signage in the museum by their fossil displays.”

“But that is not all!” Charon is also well known on Twitter for yet another project, March Mammal Madness, the annual hypothetical animal battle game begun by Dr. Katie Hinde. Charon is the art director and got hooked on it in 2014 when she first came across the hashtag on Twitter. She printed out the brackets and roped in several fellow artists and they “spent a lot of time on one division in particular, ‘TheWhoInTheWhatNow’ I think it was, and the discussion got quite intense, with multiple internet searches being done to help make choices that were informed.” Later they’d all head to their neighborhood ‘Cheers’ to see how they did with their battle selections. After participating for the first time, she reached out to Katie about illustrating the mammal combatants, and she’s been doing it ever since. At the beginning, getting other artists to participate “was initially an attempt on my part to showcase the fact that many of the finest artists working today are found in tattoo shops.” And for Charon, “eventually it became about how best to showcase a species in a way that would help make it matter even more to those playing along at home or in school.”

Most of the early artists have moved on, but Charon now has artist Mary Casillas helping her, and this last year she added two new artists she met through her time at the Alf Museum, Valeria Pellicer and her sister Olivia Pellicer. Behind the scenes of March Mammal Madness, Charon, her team and Katie meet before, during and after the tournament to divide out the work. Species are assigned based on the artists interests and Charon keeps everyone on schedule.

Charon loves to illustrate animals in their habitat as well as vertebrate paleontology, ornithology and osteology. For Charon, an illustration is a story and she loves “the way that nature art can compel a strong reaction and tell a story in a single moment captured. So much of our lives are spent focusing on ourselves and our needs as human beings, so presenting someone with a moment in time that has absolutely nothing whatsoever to do with them can be incredibly transformative.”

Charon’s art can be found in museums, on bodies, in comics and in a fictional battle-to-the-death Twitter game. I’m looking forward to what she does next. “That is not all…” 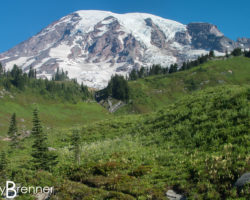 Poem of the Week: Climbing Song

By Ruby Archer Away, away,—to the mountains away,Where the pine trees murmur and sway,And the foamy waterfalls sing and springOver the boulders gray. The hidden beauties will lure you on,'Till your heart from its dreaming is drawn,And your eyes are bright 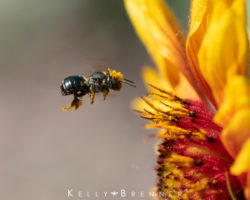 Poem of the Week: The Bee

By Emily Dickinson Like trains of cars on tracks of plushI hear the level bee:A jar across the flowers goes,Their velvet masonry Withstands until the sweet assaultTheir chivalry consumes,While he, victorious, tilts awayTo vanquish other blooms. His feet are shod with gauze,His helmet