At one point in my college career I became interested in wildlife movement corridors and as a result I started to learn about wildlife crossings over major roadways. In my next to final year we were given an option of a number of studio choices, one being an independent study and I opted to create my own studio to design a wildlife crossing for Interstate 5 in Oregon between Eugene and Albany. This decision came about in part because my husband traveled that stretch of road in his daily commute and was always commenting on the number of animals killed on the side of the road.

The first step was to analyze the section of I-5 and I did that with GIS. I found many existing layers from the State of Oregon and the Department of Transportation. I merged many different layers to find consistencies between waterways, vegetation and so on. During the course of over three months my husband documented where he saw roadkill and what it was if possible to tell. I then created points for each and compared the locations to the previous layers such as waterways.

I also studied several case studies including the Banff Highway in Canada and Alligator Alley in Florida for their design specifics and whether they worked or not.

For this project I did a great amount of research and found many documents and references for wildlife crossing design. I also studied at-risk species in the Willamette Valley to target specific species for the crossing.

After analysis I focused on one area, the Calapooia River where it ran under I-5. There was an existing bridge over the river but upon a site visit I could see that it was overrun with blackberries and had been turned into a deep ‘V’ shaped channel, none of which was conducive for wildlife movement.

I proceeded with all of my references about wildlife crossing design and species specific requirements and created a design that leveled out the area under the bridge, added native plantings, places for shelter, and an amphibian wall to prevent movement out onto the highway.

This design was very exciting to me because it was an all new subject and by the time I was finished I was the resident expert among my peers and faculty on the subject. There are so many opportunities to reduce the level of conflict between humans and wildlife fairly easily as with this design. I found that I am fascinated by wildlife movement and migration and see it as a subject that I’d like to learn more about. I found that exposure to different projects during my school career really helped to build and focus my interests for my future professional career and this design was a big step along the way.

Below are drawings from the final design as well as a PowerPoint in PDF format that explains the process, analysis and design. 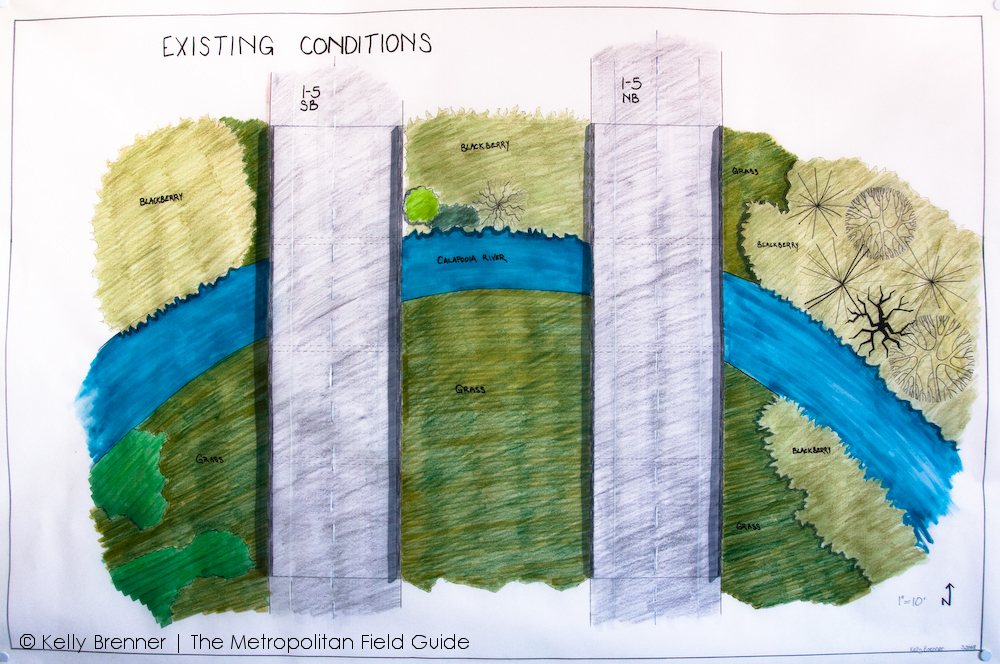 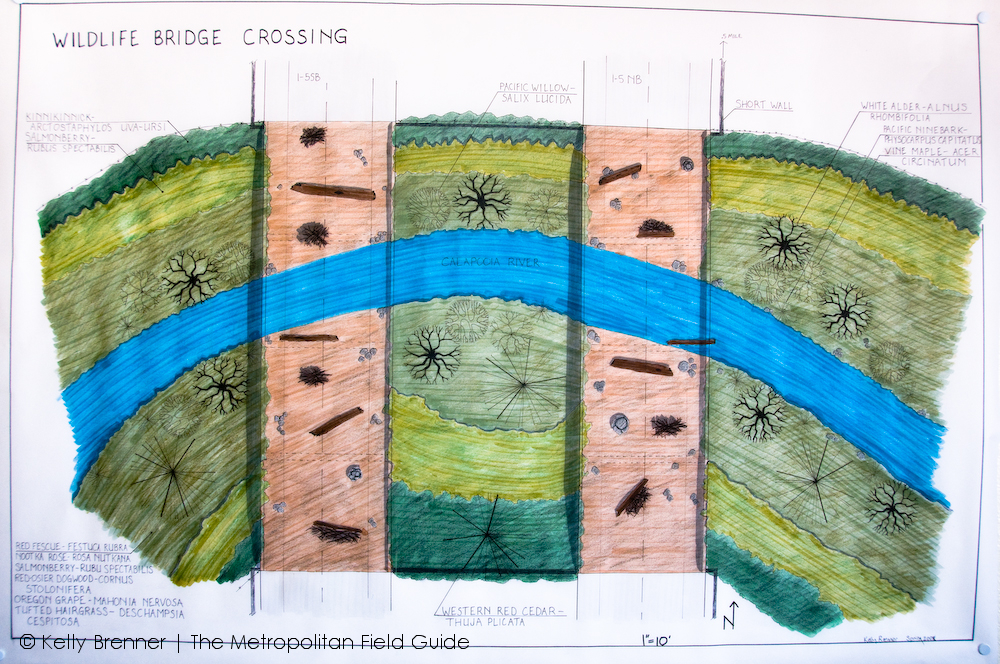 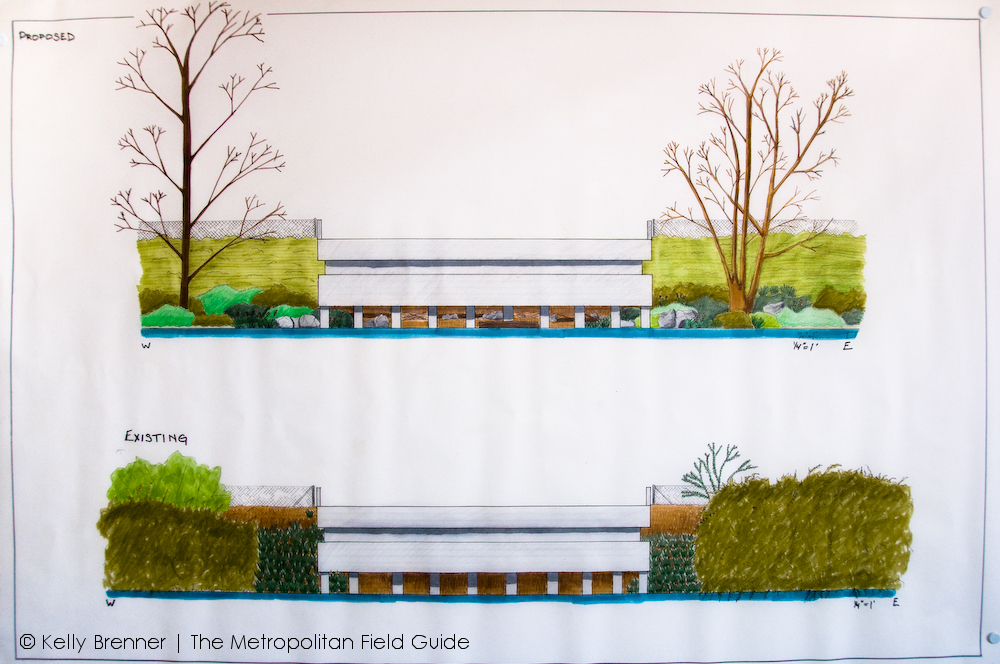 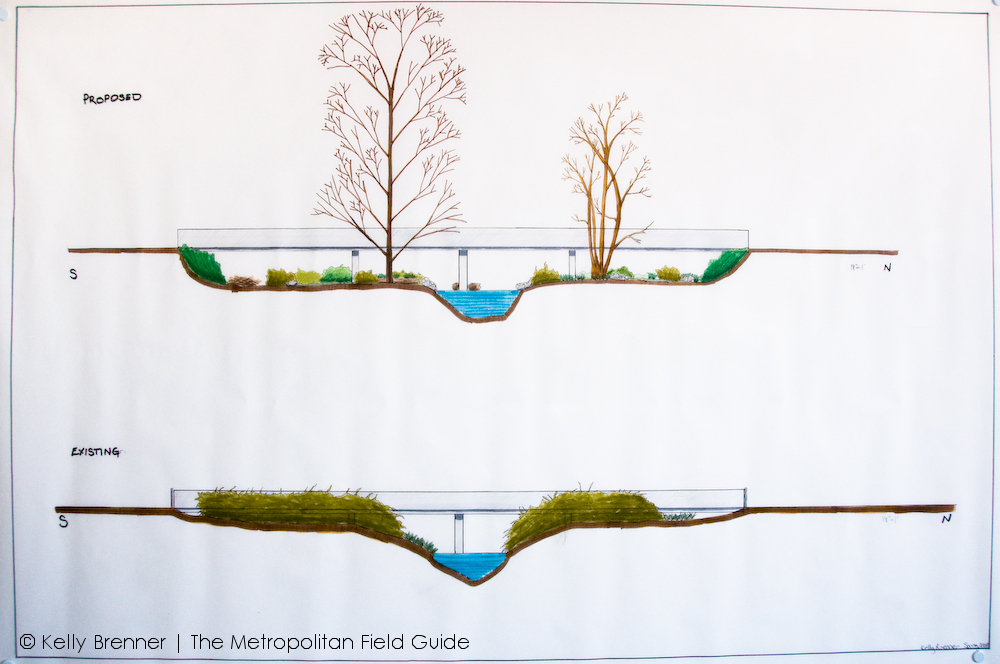 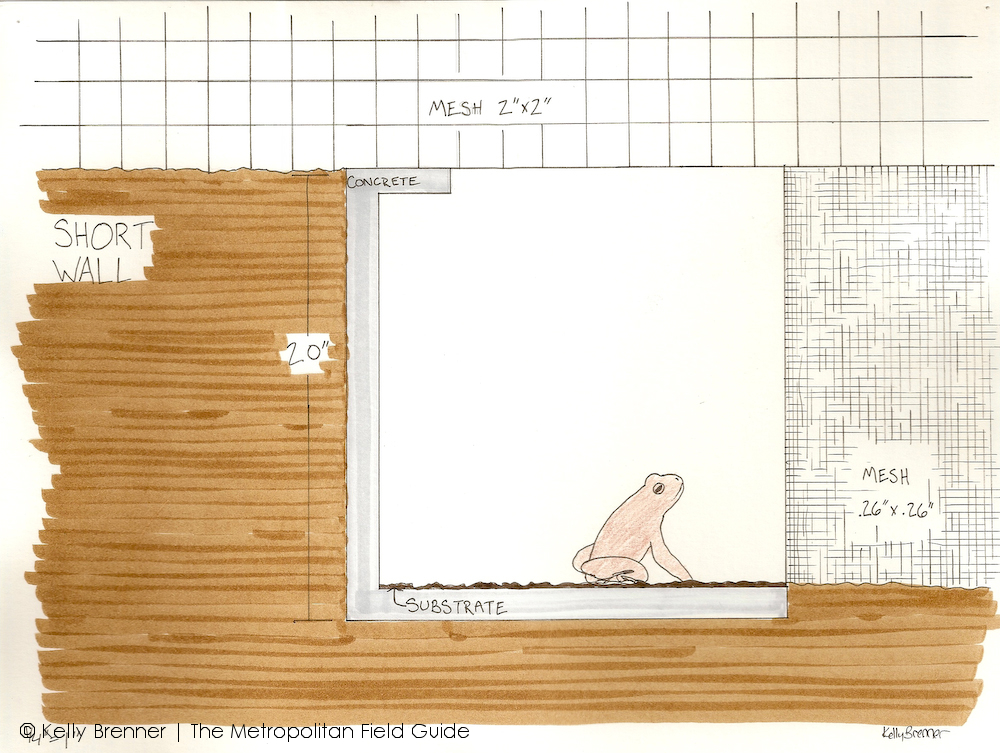 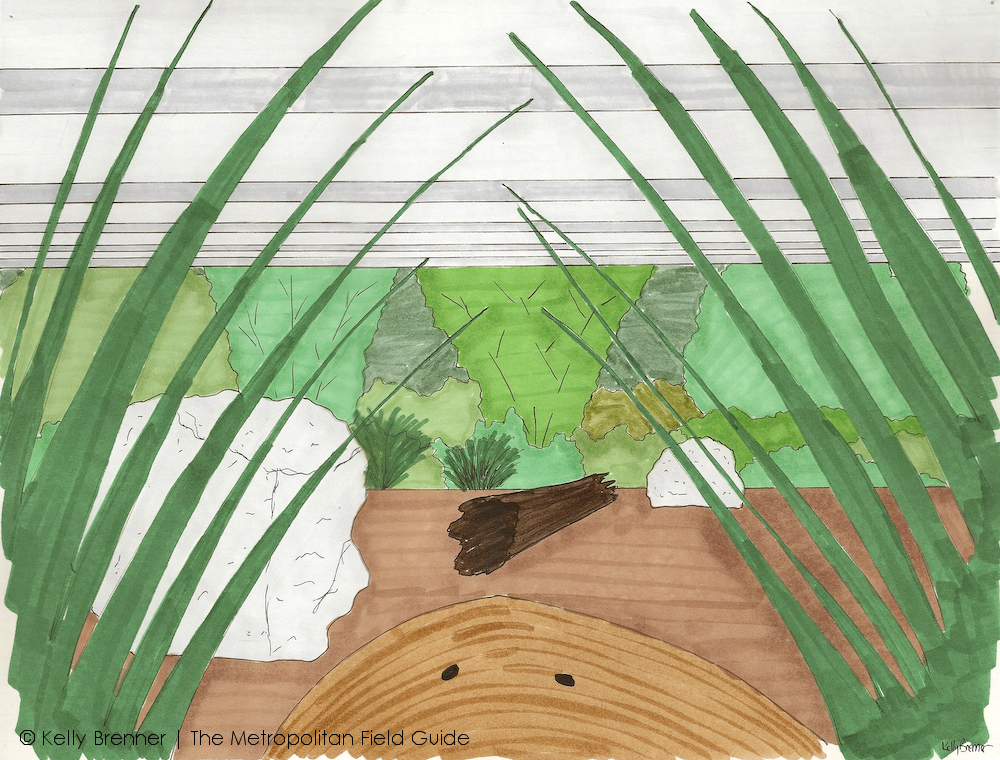