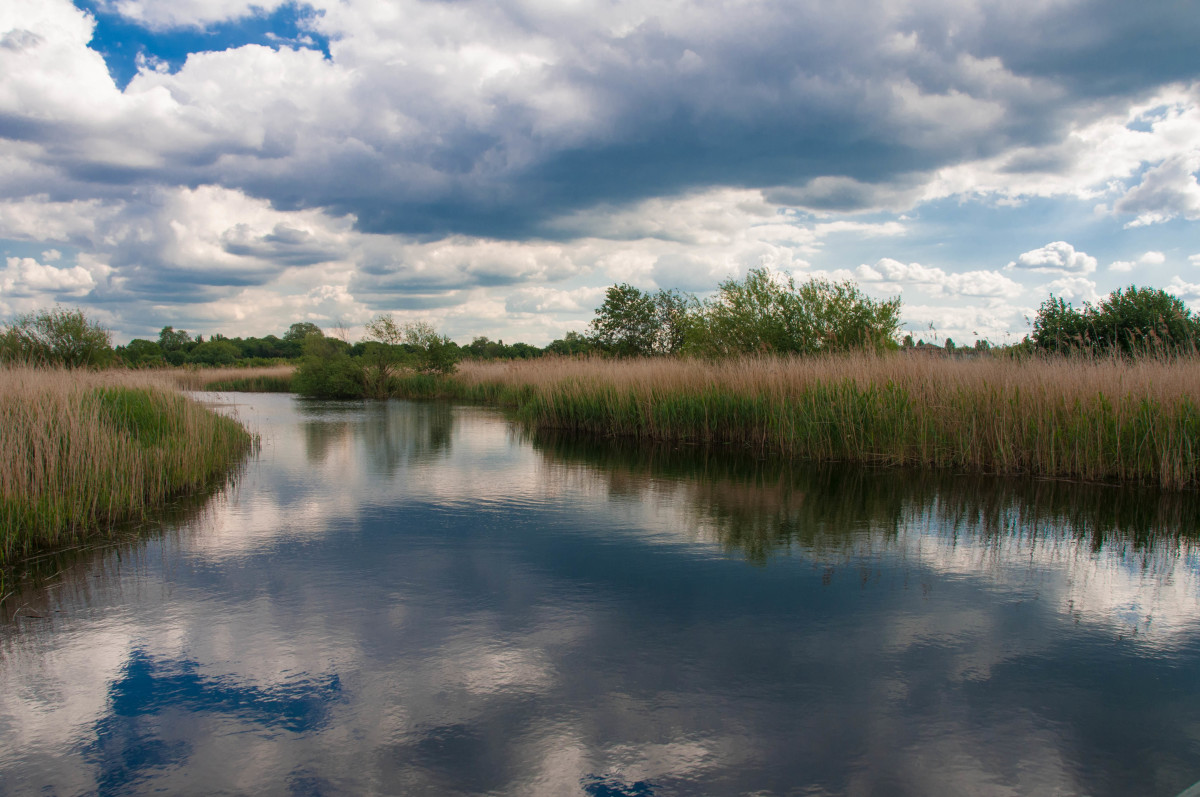 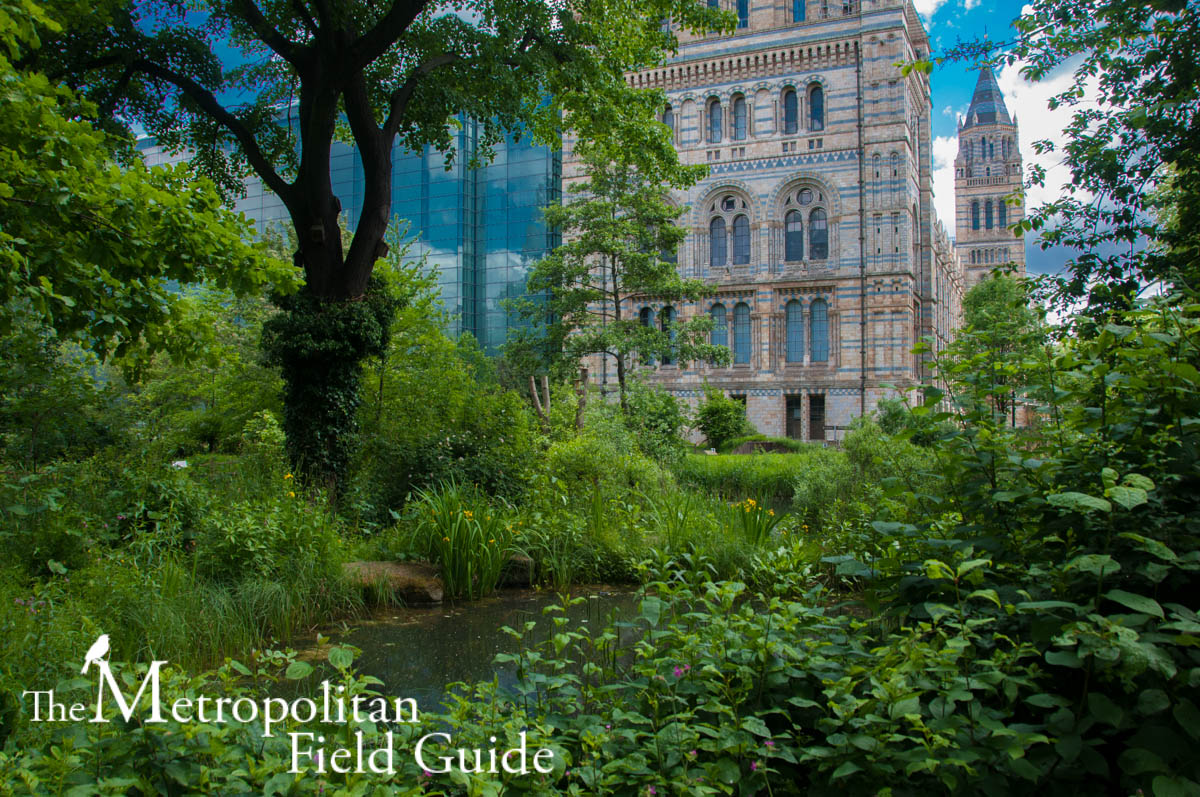 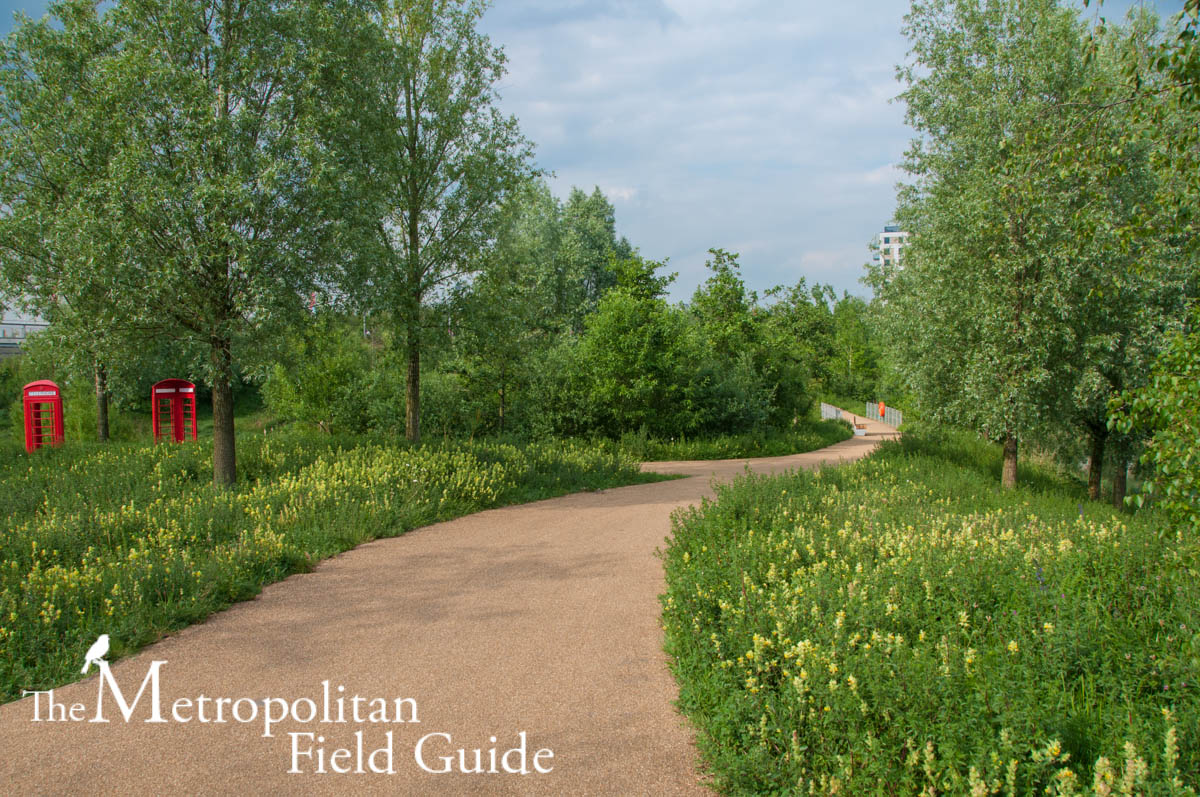 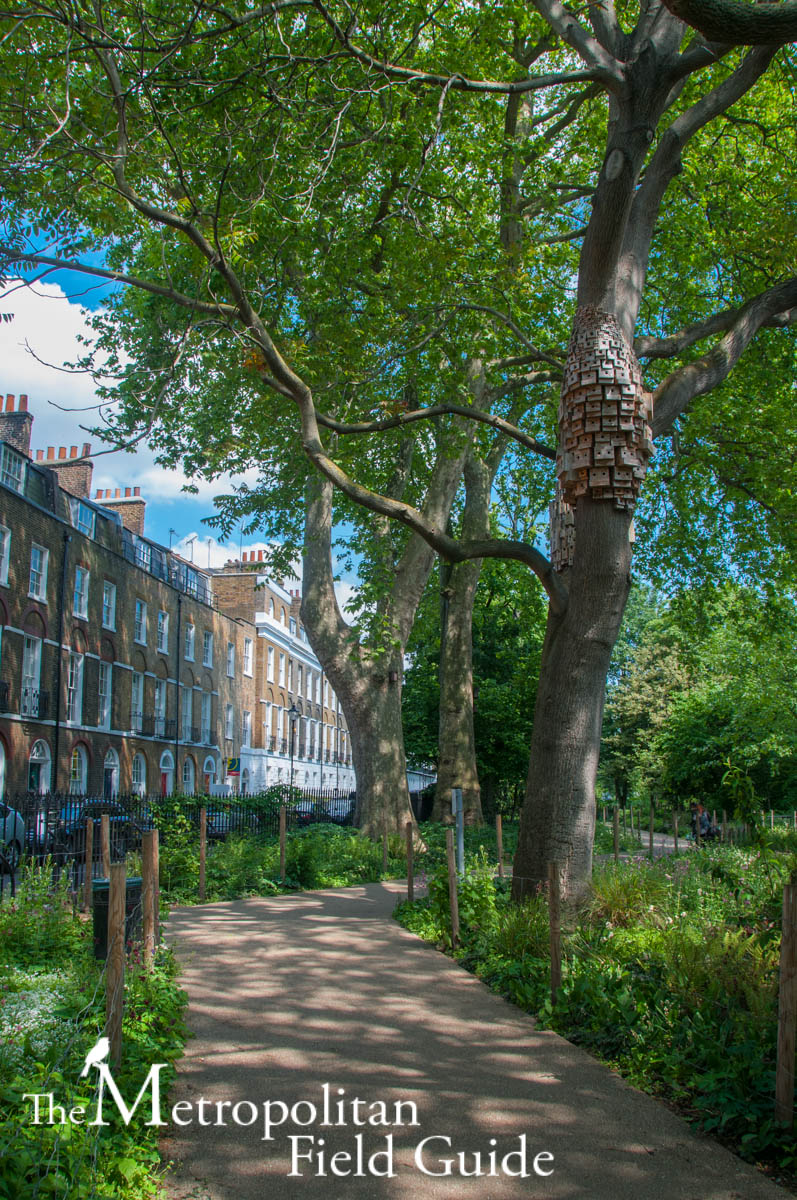 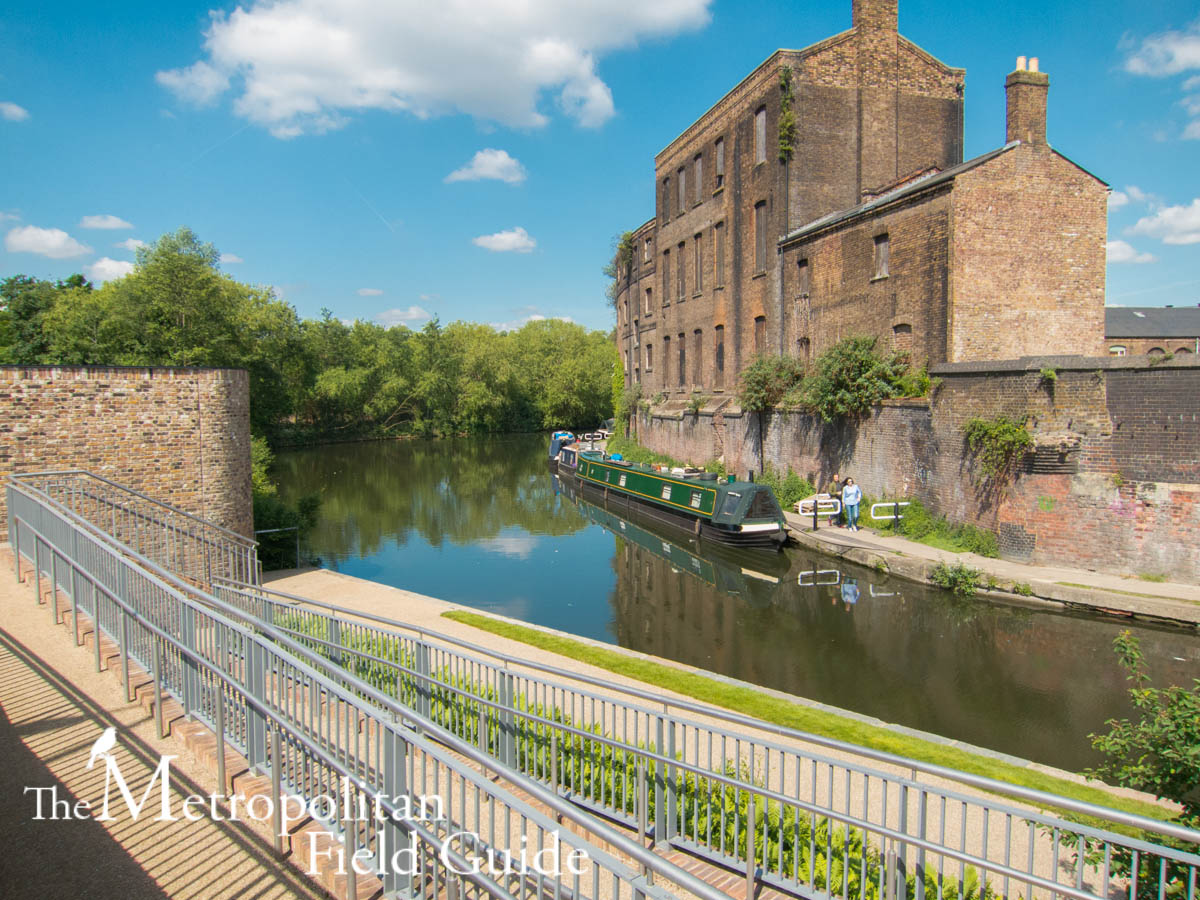 Earlier this year we took a trip to London. It was the second time we’ve visited the city only this time we had a toddler with us which made it a whole different experience. We visited a lot of parks and urban nature which I have unfortunately yet to write about. Here is a highlight of some of the things we saw in London with more thorough posts to come early next year. 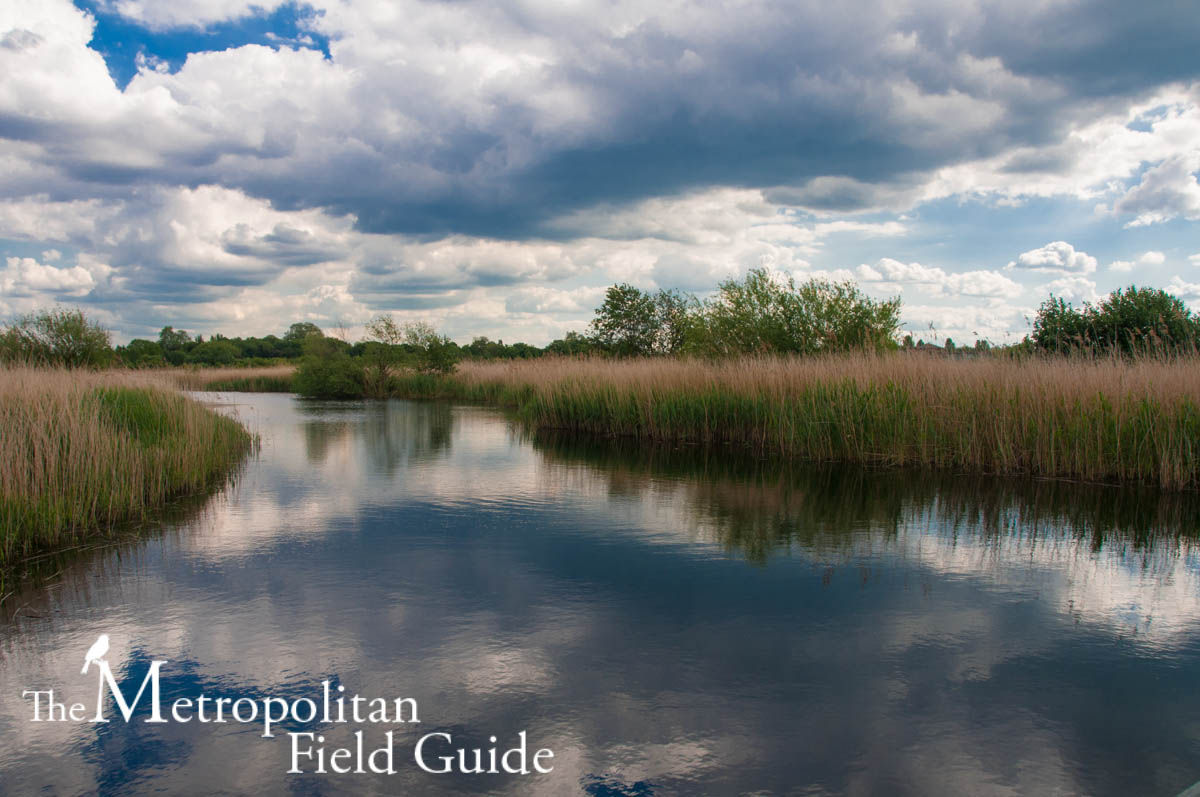 Last time we visited London we didn’t have time to visit the Wetland Centre, so this time it was on the top of my list of things to see. It certainly didn’t disappoint. It’s a beautiful park with ponds, canals, mud flats and woods. There’s plenty of educational material about water birds, wetlands and even some otters while the wild sections are full of native birds, dragonflies and butterflies. There are also two special features, the first is a beautiful, large bat house which I first learned about when I wrote the Sculptural Bat Structures post. Also at the center is a rain garden designed by expert Nigel Dunnett and features a green roof shelter made from a reclaimed shipping container and has built-in insect houses. I like this photo because it shows the beauty of the park and it feels like it’s in the middle of nowhere, yet just beyond the field and trees are apartment blocks. It illustrates how it’s possible to have nature in the city.

View the full gallery of the London Wetland Centre.

One of the best natural history museums in the world, I don’t think I could set foot in London without being drawn straight to this place. It’s a beautiful mix of modern and historic collections and the architecture is simply unique. The building’s structure is full of animals and plants and there are many things hidden in the detail. One of my favorite parts of the museum is the wildlife garden. It’s perhaps one of the best documented wildlife gardens thanks to the museum scientists and a wide variety of wildlife is regularly seen there, ranging from foxes to birds to butterflies. It also features many different habitats and plants which can be found in the United Kingdom. I like this photo because it shows the classic and modern architecture side-by-side, sitting peacefully alongside the wildlife garden.

The Olympics were long over, but the park was very much still alive when we visited it. Much of it was full of people strolling the paths and playing in the water fountain, but another part of the park was full of birds and butterflies and other wildlife. The wetland area was designed for wildlife such as hundreds of bird houses, over a hundred bat boxes, egg laying habitat for snakes and nesting banks for kingfishers for example. It’s a beautiful, peaceful and reflective place in the park. It shows how places of quiet and habitat can belong in the city and in fact, how they’re necessary both for wildlife and for our own escape from city life.

View the full gallery of the London Olympic Park.

Looking at this photo, you may think it’s just a regular park, but if you look closely in the tree, you can see a city growing there. London is a city full of little surprises like this. Pockets of habitat, art installations and other nature are easy to find if you look. This one is located in Duncan Terrace Gardens, an otherwise normal neighborhood green space. Designed for birds and insects, it reflects the architecture of the surrounding streets and sits high in the tree waiting for occupants. It’s an example of one of my favorite things to find in the city, art merged with habitat.

View more photos of the Spontaneous City in the Tree of Heaven.

There’s very little that shows the stark contrast between the hustle and bustle of the city and quietness of nature better than the Camley Street Natural Park. It’s situated directly behind Kings Cross Station, a massive hub with two separate train stations and a tube stop where 6 lines meet. It’s one of the busiest transit hubs in Britain, yet, walk 2 minutes north, enter the park and the change couldn’t be more dramatic. Completely enclosed by trees, a tall stone wall and bordered on one side by a canal, the city noise disappears. It feels a hundred miles away from Kings Cross instead of throwing distance from the train tracks. Inside the park is a chaos of nature and other than a narrow path and a pond with a deck, there’s very little to show any human influence. Stinging nettles grow along the path and our toddler got her first lesson in not touching nettles. This photo is taken from outside the park, along the canal and shows that little patch of wilderness amongst the very urban surroundings.

Visit my other 5 Favorite Photo posts: 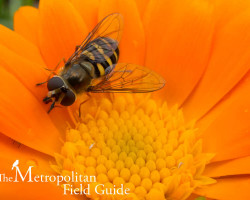 One of my favorite insects to find in the city, and they're incredibly easy to see if you know what to look for, are the hover flies. The family Syrphidae contains about 6,000 species (890 in North America). They're known as Syrphid 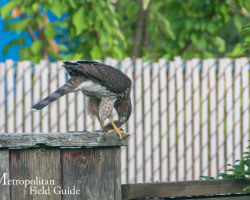 When I sat down to write the previous post, 5 Favorite Washington Nature Photos of 2014, I nearly had an anxiety attack trying to pick only a few photos. Instead of putting myself through that, I decided to do a