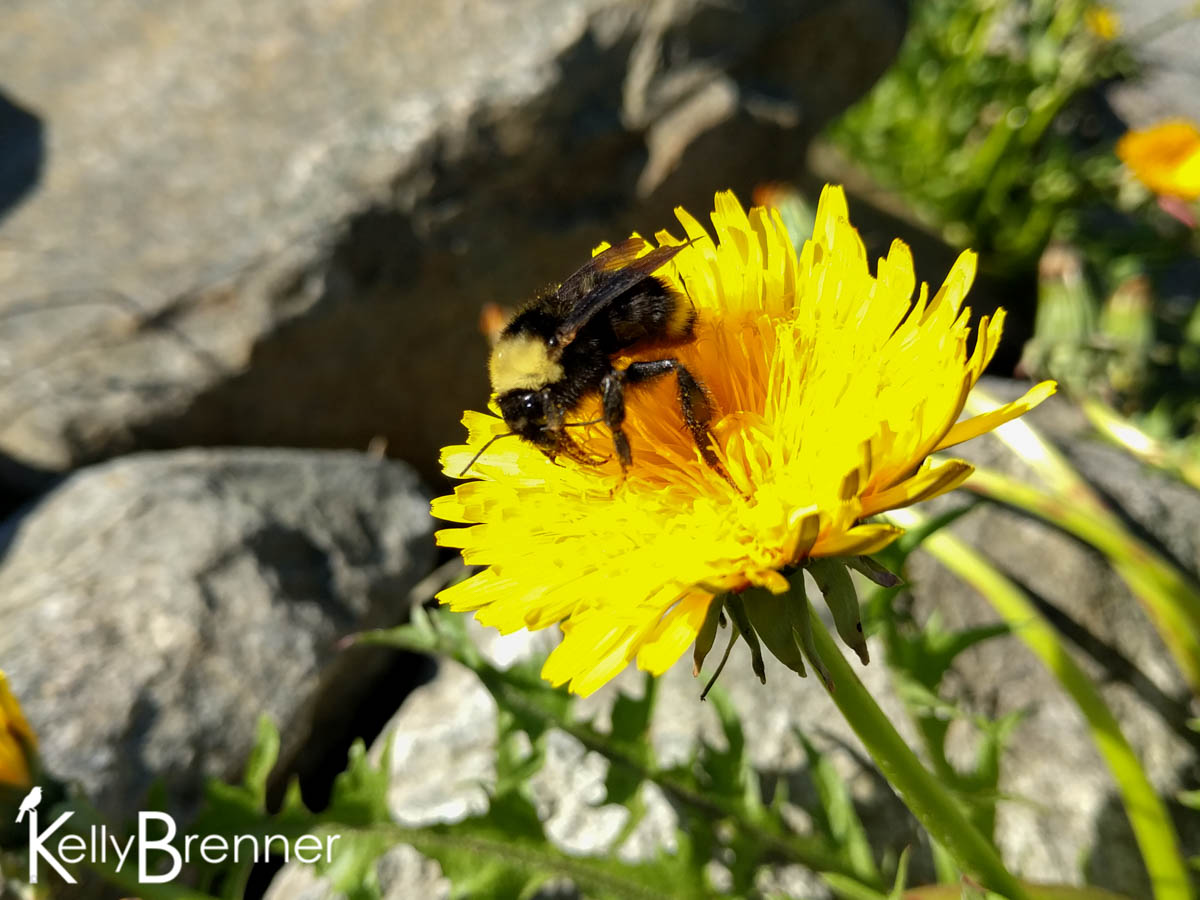 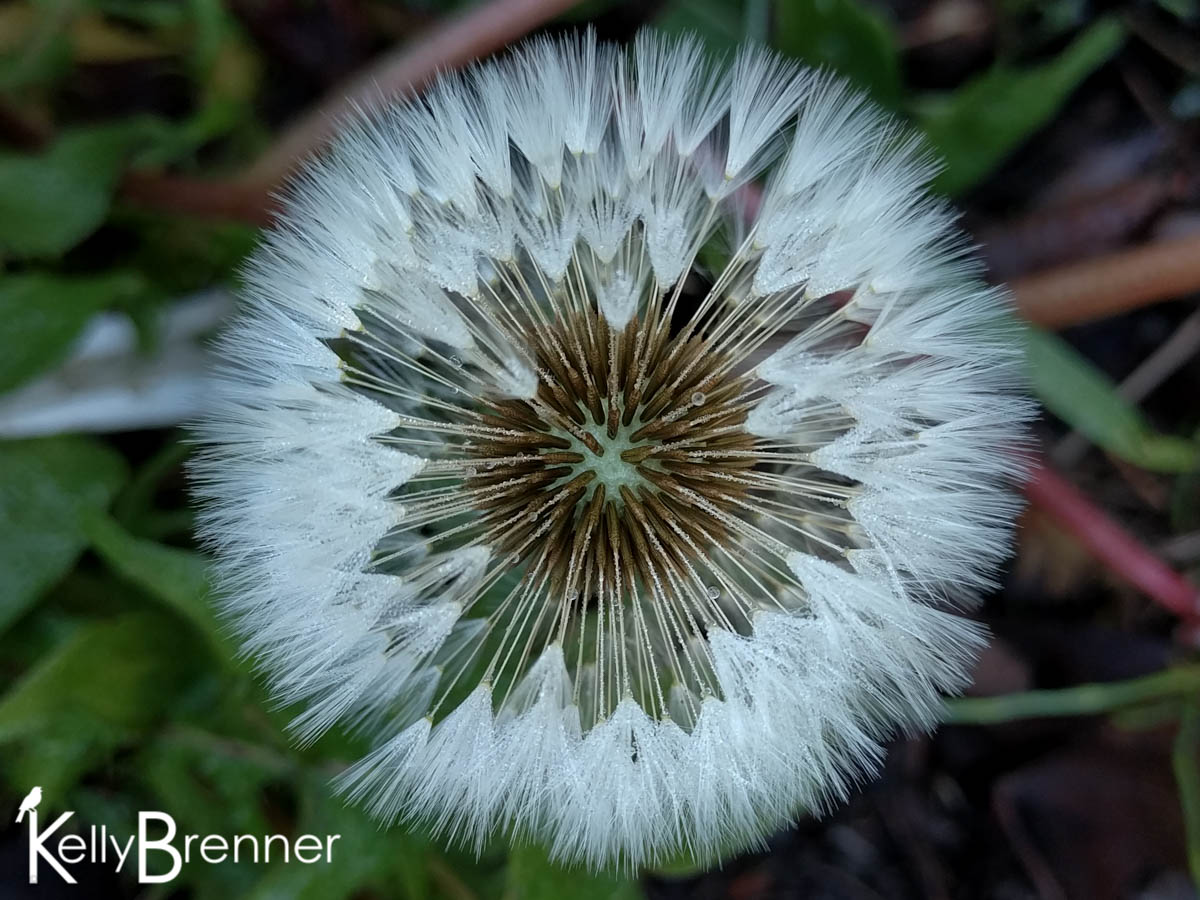 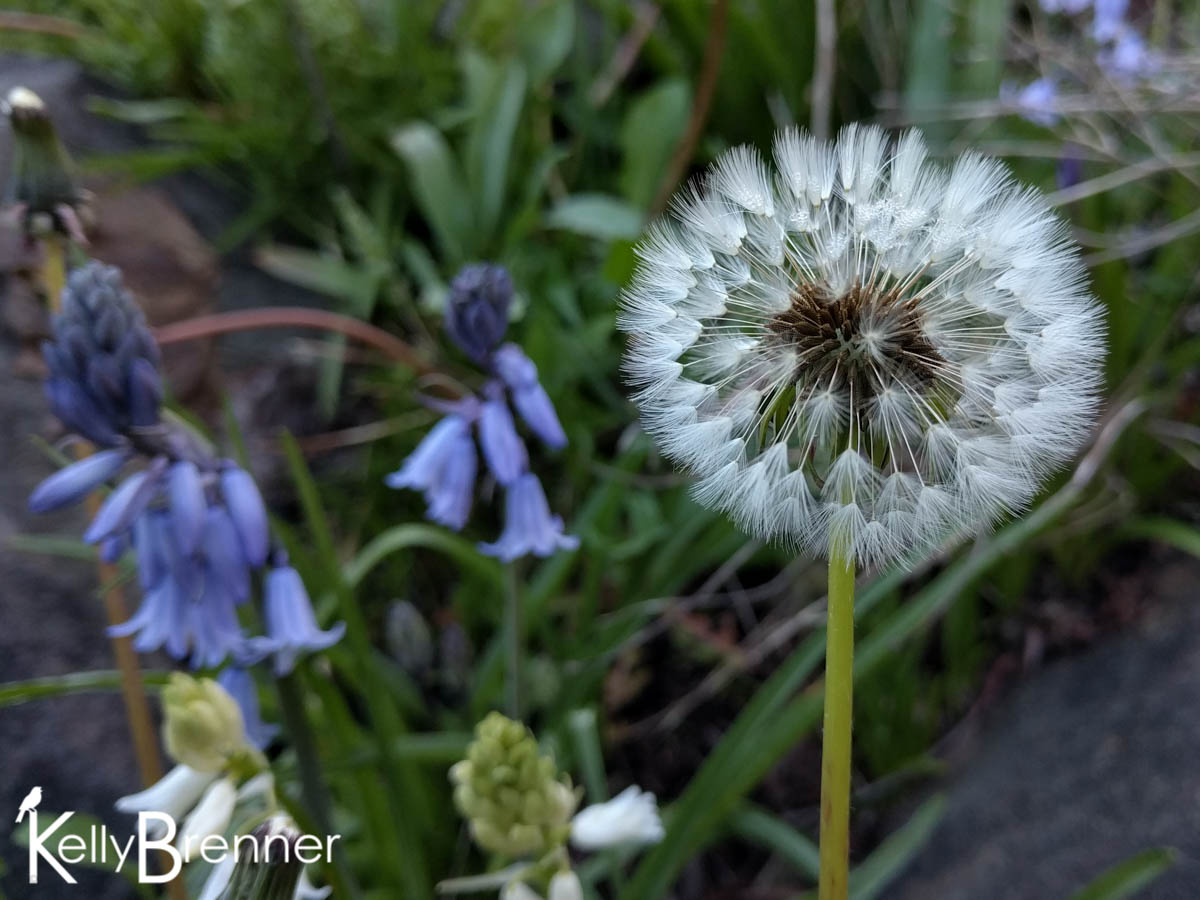 I thought I’d try something different today, instead of reporting on what I’ve seen or done,  I’m going to write from a spot in the arboretum about what I’m seeing and hearing at that moment. Here goes:

I’m sitting on a stone bench formed in a large circle, partly in the sun. It’s clear and sunny, no clouds in my view now, but it’s only 50 degrees or so. I can hear an airplane and bird song all around me. There is an American Robin singing cheer up, cheerio and I can hear a Song Sparrow as well. Over in the distance is a snag and I can see Black-capped Chickadees flying in and out of a hole near the top, building a nest.

Close to me is a large fly, hovering over a patch of mulch, occasionally diving down and then back up. I watched it through my binoculars and it holds its legs out to the side, a very peculiar look, like a person skydiving.

There are two towering Douglas Fir trees about 30 feet away and the tips of their branches have turned yellow with new growth.

One of the large flies landed near me and through my binoculars I got a better look at it and I think it may be a Bee Fly.

There are a few wispy clouds in the sky now and I’m checking my Cloud Selector Wheel, they look like cirrus clouds.

To my left I jsut saw a kinglet in the shrubs, but I didn’t see its head to tell if it was a Ruby-crowned or Golden-crowned.

A woodpecker’s knocking is being carried on the wind and I can just barely make it out. At the same time, Anna’s Hummingbird males are singing – one in front of me and one behind, and I just heard one do a dive display.

A Spotted Towhee suddenly flew up to the top of a plant next to a snag and it’s now singing a little trill song as it hopped to the top of the snag.

As I sat watching the flies I noticed a shadow on the bench in front of me and when I looked up and behind me I found an Anna’s Hummingbird sitting in the top of the Pacific Madrone right over my head.

There’s now the noise of a chainsaw somewhere behind me where they’re starting to do a major construction project in the park building a new trail. I wonder how many trees will be cut down and how many have nests in them.

I appear to have a front row seat to a fly battlefield. There are several flies trying to hover over this patch of mulch and when they spy one other, they come together in a tussle. One seems to fly higher and another lower, but they often come together. I’m not sure if they’re all the same type of fly or different. At times there are upwards of five in the space battling.

I thought I just heard a brief frog croaking and I think there’s another nest in the snag next to the circle, but the entrance is on the other side and I can’t get a look at it. Now a Red-breasted Nuthatch it calling and I see Cabbage White Butterfly fly right past the circle.

My attention keeps returning to the bee flies, they are fast moving,  one moment they’re hovering more or less in one place, then the enxt they dissapear, quick as lightning before returning.  They land ocassionally, but never very close to me and not for long. I’d dearly love to get a photo of them but it’s impossible with my phone. Maybe I’ll come back with my camera on Friday and try to capture photos. 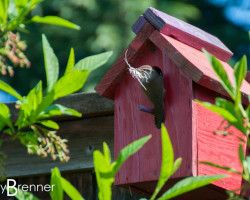 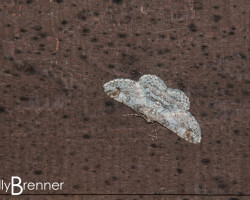