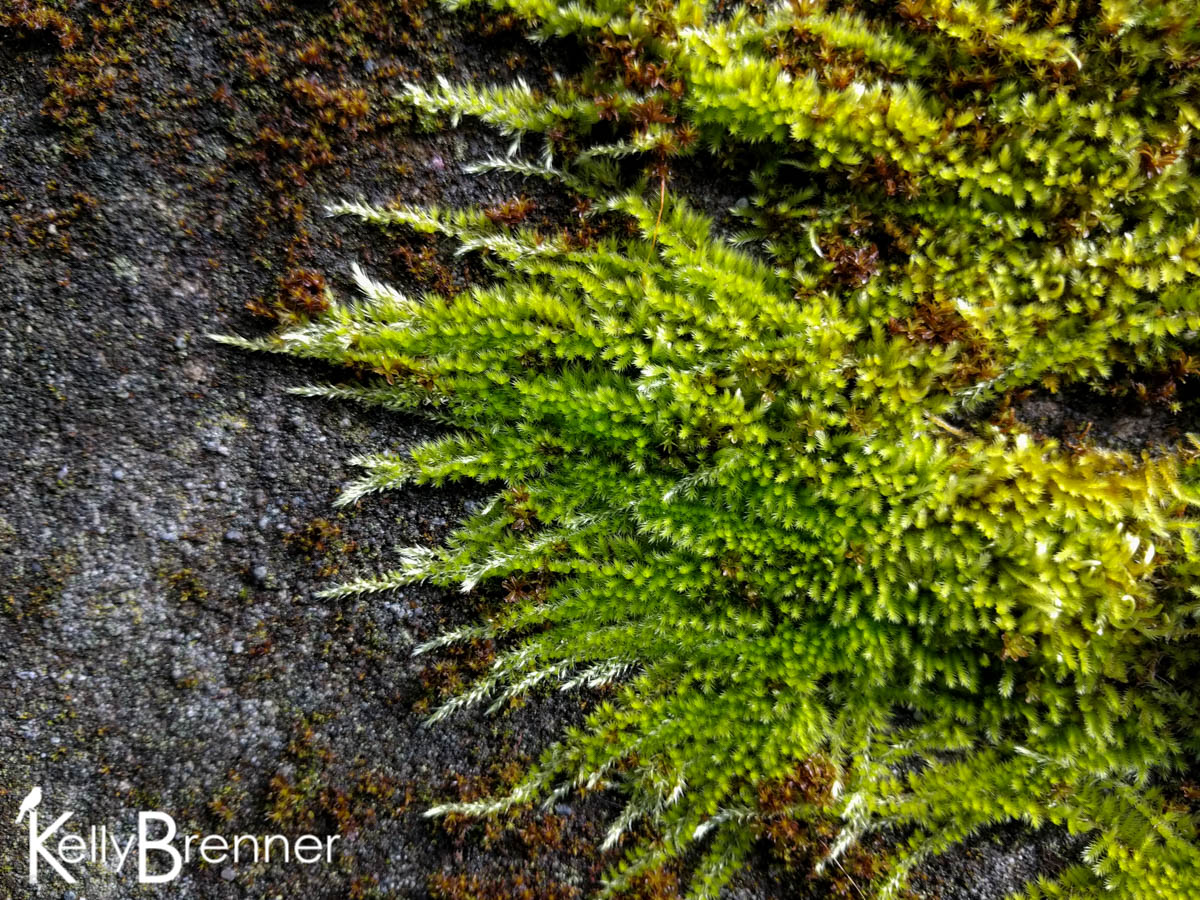 At the end of the day yesterday I heard a sudden crow ruckus outside and when I looked out the window I could see a lot of activity in a deciduous tree near our house. Outside I found a couple dozen or more crows cawing loudly, some in the tree and others flying around it. There didn’t appear to be any hawks or other predators around and I’m completely baffled as to the meaning of the gathering. After a short time they dispersed, some landing in nearby trees and others flying away, but all went mostly quiet.

After a sunny few days, this morning we awoke to clouds and a wet ground. As I drove through the arboretum I thought I’d take a walk to the Japanese Garden and visit when it opened. I took a route I don’t generally walk, along the west side of the park, on the opposite side of Lake Washington Boulevard. It was a nice way to go and I encountered a number of things I hadn’t seen before. On the stone bridge that crosses over the road, I found some moss growing in an intricate tapestry along the walls of the bridge. I later found that theme repeated on the trunk of a snag which had winding black threads growing up the side of the tree. I’m not sure what they were. On the same snag I found some blue-gray colored fungus.

When I made my way to the Japanese Garden it wasn’t open and although I waited over 10 minutes, it still showed no signs of opening so I walked back through the arboretum going through the other side of the park. I’m glad I did because I encountered a number of interesting things. The first encounter was an immature Bald Eagle soaring over the south end of the park and as I recorded a video of it, the sound of a nearby airplane gave the impression of the eagle comically zooming around like an airplane.

When I stopped to check on the Barred Owl, which had been roosting in a different place over the last couple of weeks, I saw it back on the original roosting tree, but on a different branch. It was easy to spot today because two crows had taken grievance with its presence there and I watched as the crows cawed and tore violently at the branches of a nearby tree. Once in awhile I could hear a loud crack as they broke a branch off. This behavior seemed to be in response to the owl, not as nest gathering. As I watched I saw a large bird soaring just over the treeline right over the owl and crows, it was an immature Bald Eagle, likely the same individual I’d encountered a few minutes prior to that. At the same time I listened to a Steller’s Jay calling. Quite a snapshot in time.


Liked this? Take a second to support Kelly Brenner on Patreon!