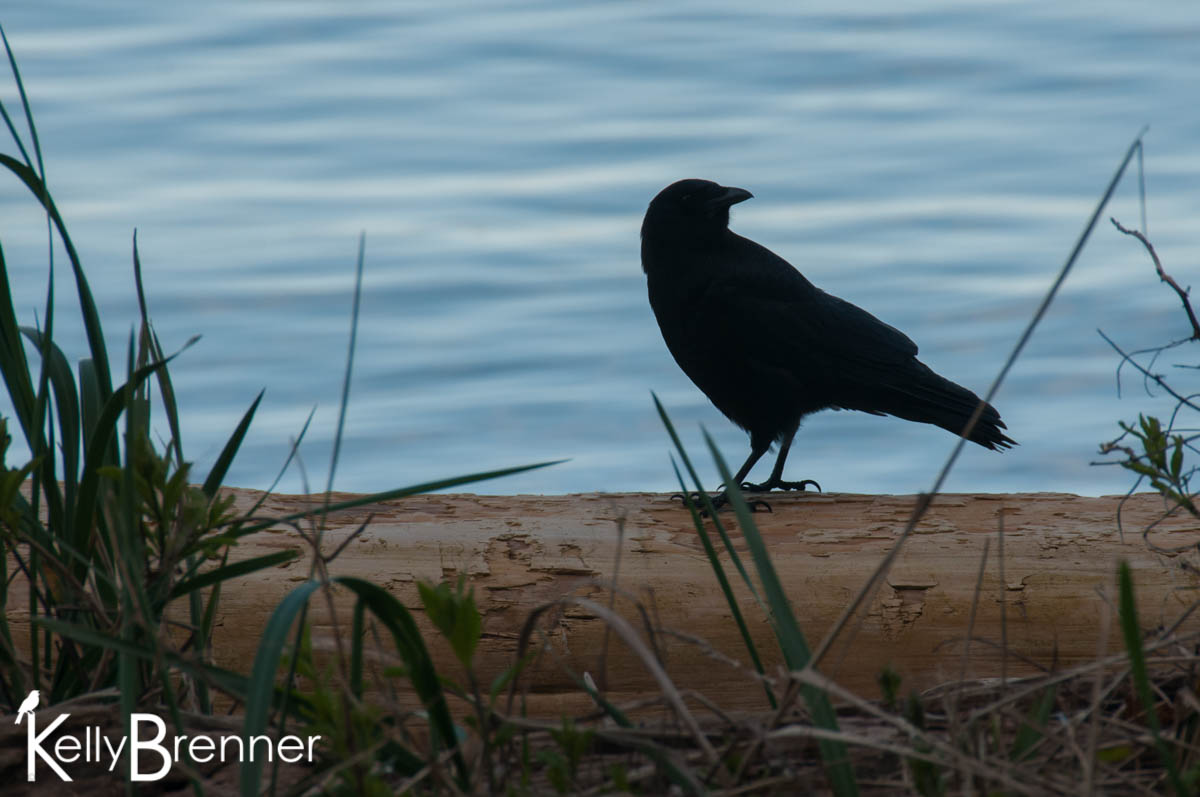 For one reason or another, we had never been to Lincoln Park in Seattle. It’s possibly one of the largest parks we had not yet visited, but today we finally made a point to go there. Our weather has been interesting lately but today promised no rain, only some clouds, the perfect combination for outdoor adventures and photography. We started by walking through the forest paths before descending steeply down to the beach. Once we made our way to the shore, we were immediately treated to a seal popping it’s head out of the water and Horned Grebes swimming near the shore. Shortly after we heard the call of a Bald Eagle and found it sitting high over the beach in a Douglas Fir tree.

As we wandered down the beach I heard the beginning of a crow mob ahead of me and as I walked closer to where they were gathering, the caws grew louder and greater until they flushed their query out of the trees. At first I didn’t catch a glimpse of what it was, but then I heard the distinct quork call of a Raven as it landed in a Douglas Fir tree above the beach near me. It didn’t stay there long and I watched the crows again flush it out of the tree and chase after it back down the beach the way we had come from. Where last time I heard a Raven, I wasn’t absolutely sure because I only heard, not saw it, this time there was no doubt because it was significantly larger than the crows chasing it. That’s the third time I’ve seen or heard a Raven in the city of Seattle. The first was in Discovery Park, the second at Washington Park Arboretum. I recently saw a report of a Raven in Seward Park as well. I wonder if they’re moving into the city or if it’s the same one or two individuals frequenting the larger parks of the city.

After lunch on the other end of West Seattle, we wandered across the street to Alki Beach, which we’d visited on Day 3 of 365 Nature, and there I found a number of Surf Scoters as well as more Horned Grebes. At one point all the Surf Scoters took flight low over the water away from the beach and I wondered what had alarmed them. It was quickly apparent as a Bald Eagle flew low over the beach but well above the masses of people, oblivious to the giant raptor over their heads. We then watched an immature gull down an ice cream cone, minus the ice cream, paper wrapper and all.