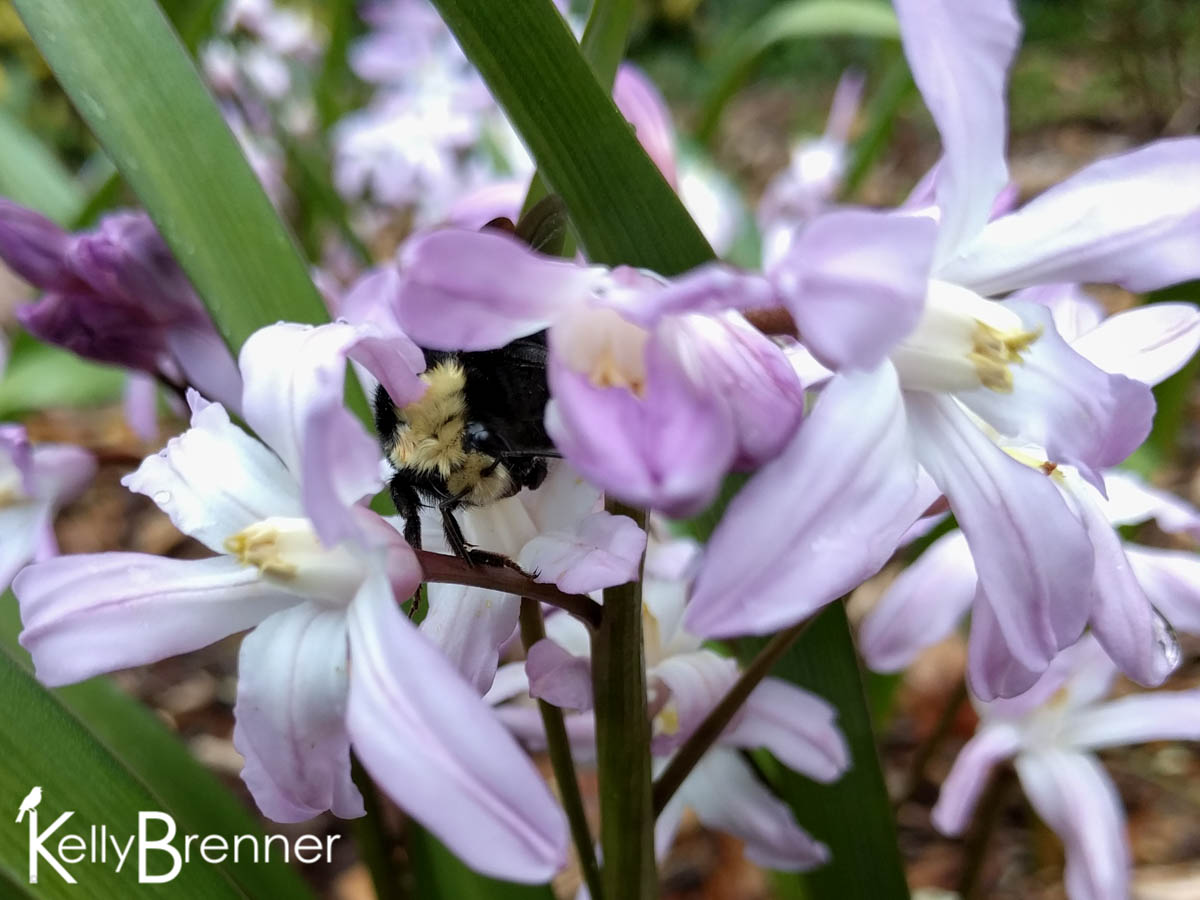 By Kelly BrennerMarch 16, 2016No Comments

A convocation of eagles was the peak of my nature experience today. Earlier in the day I had heard a Bald Eagle calling while I watched the pair of resident Pileated Woodpeckers foraging on a Douglas Fir tree. Prior to that I had been listening to the rather eerie song of the Varied Thrush. When I thought about trying to describe the song, the thought of a big truck’s breaks came to mind, but that description is completely inadaquate for the beautiful  song of the Varied Thrush. It makes several long buzzing sounds, each a little higher in pitch than the next and after a break it begins again. It’s unlike any other song I can call to mind and it takes me to a different place whenever I come across it.

I also came across a bumble bee on the path and I picked it up and carried it to find a nectar plant. The morning’s weather was sneaky, the sun came out early before retreating behind some dark clouds.  Without the sun the air cooled down significantly and I wondered if the bee had come out to warm only to be rendered immobile by the cold clouds. It was possible it had also been stepped on, as one wing was sticking out, but that may have also been cold muscles. In hopes of keeping it alive I found a patch of flowers which would be in the sun should it return and I deposited the bee on them.

Later as I sat by a creek looking at the ferns and Skunk Cabbage I heard another cry of the Bald Eagle. When I looked up I saw a pair of eagles flying in perfect formation with each other as though dancing. I watched them fly east and curiosity won out and I followed them. When I arrived on the main trail with a break in the trees I could see not two, but four individual Bald Eagles soaring over the next door golf course. As I watched I was shocked to see two more large birds join them, higher up in the clouds. By my very surprised count that was six Bald Eagles. A convocation of eagles soaring over Seattle.