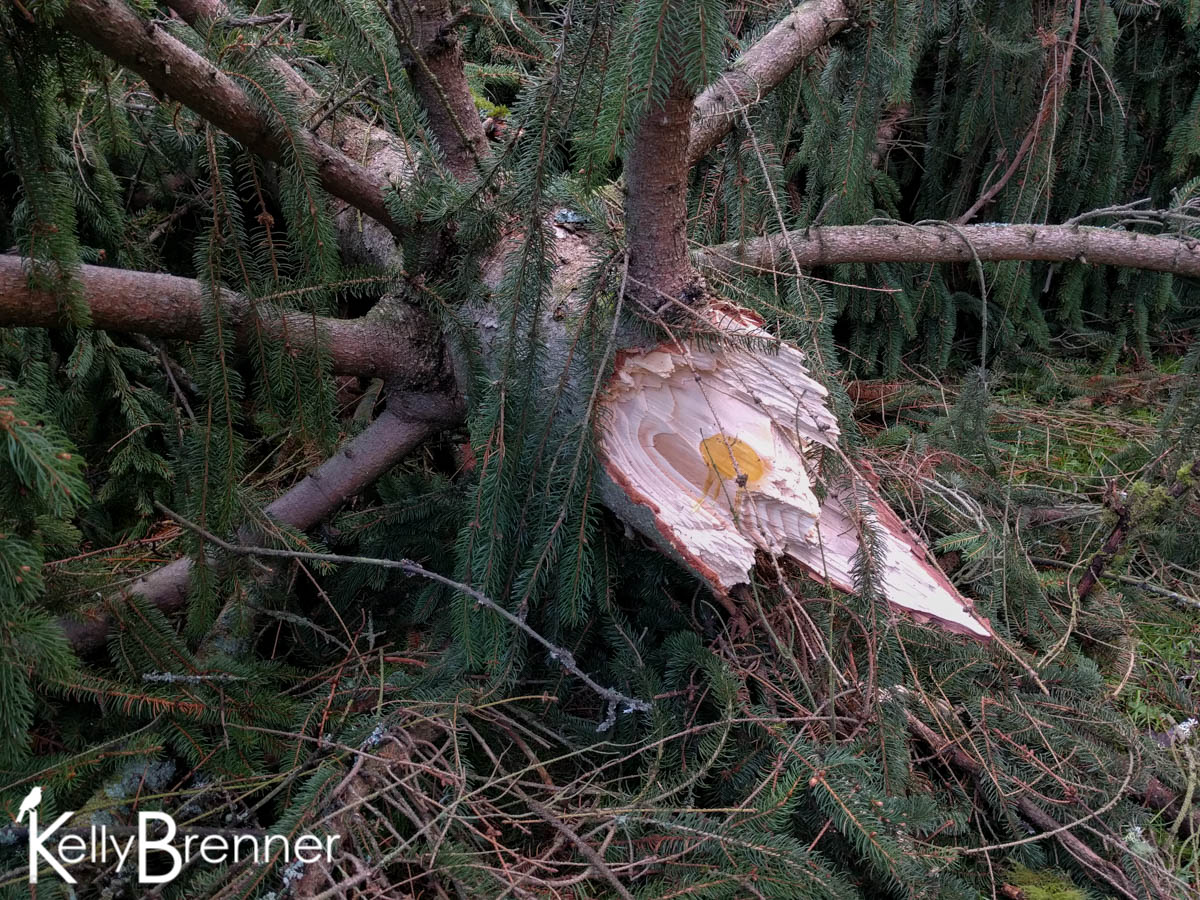 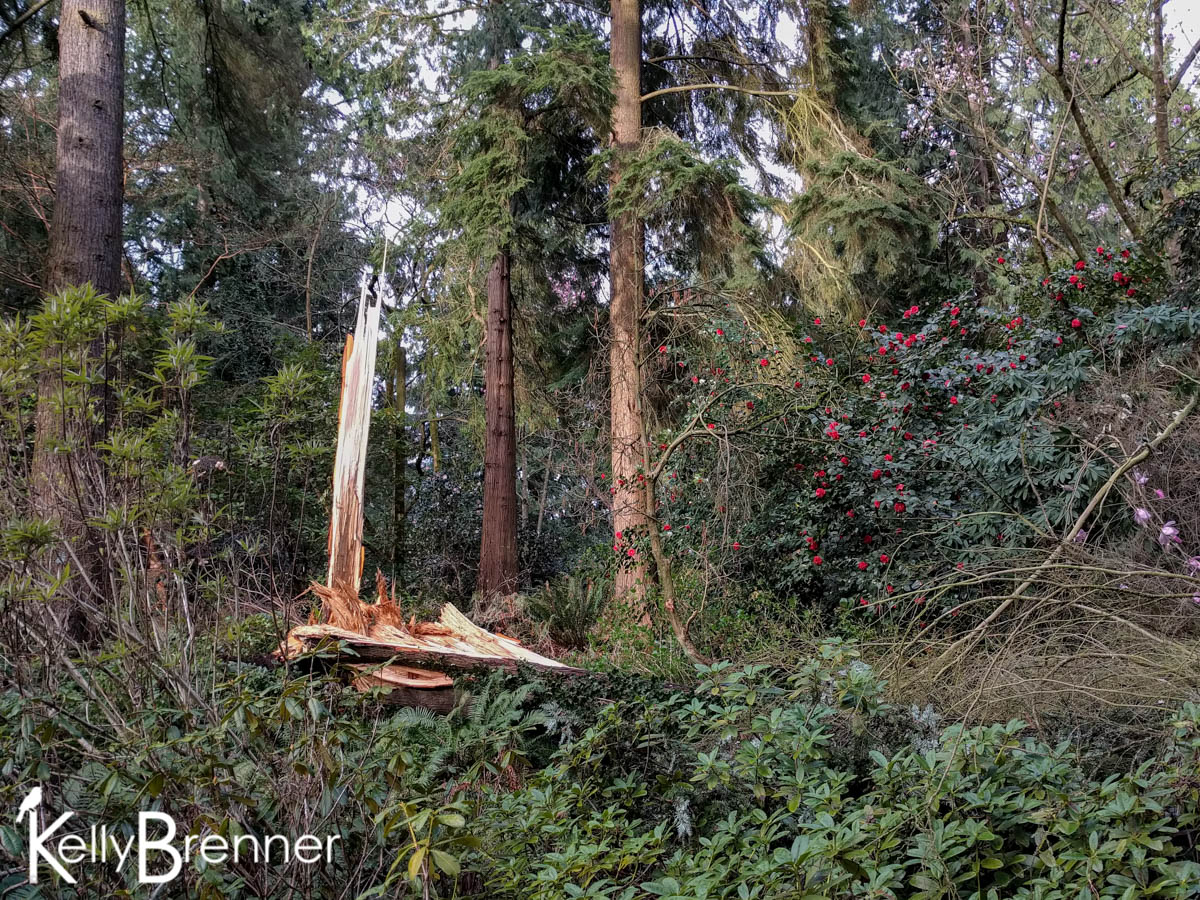 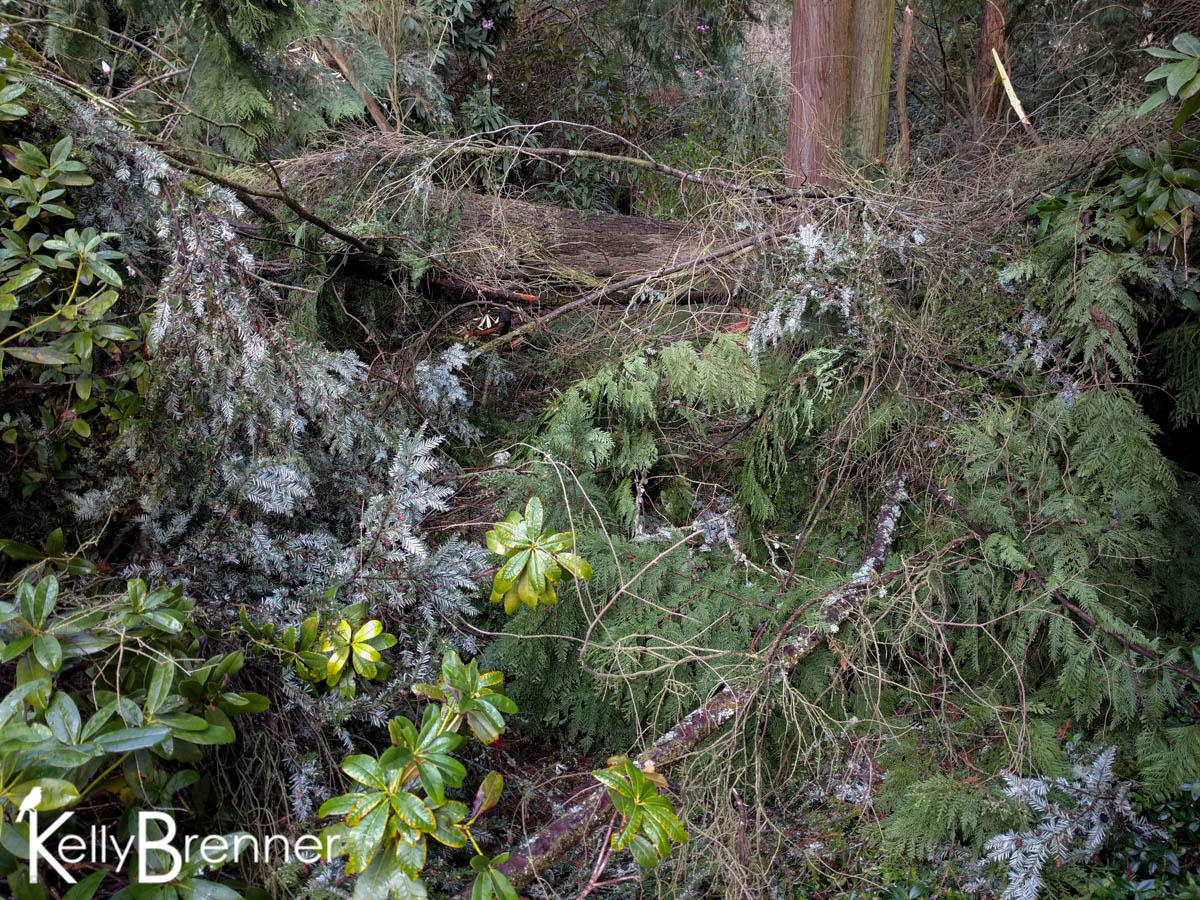 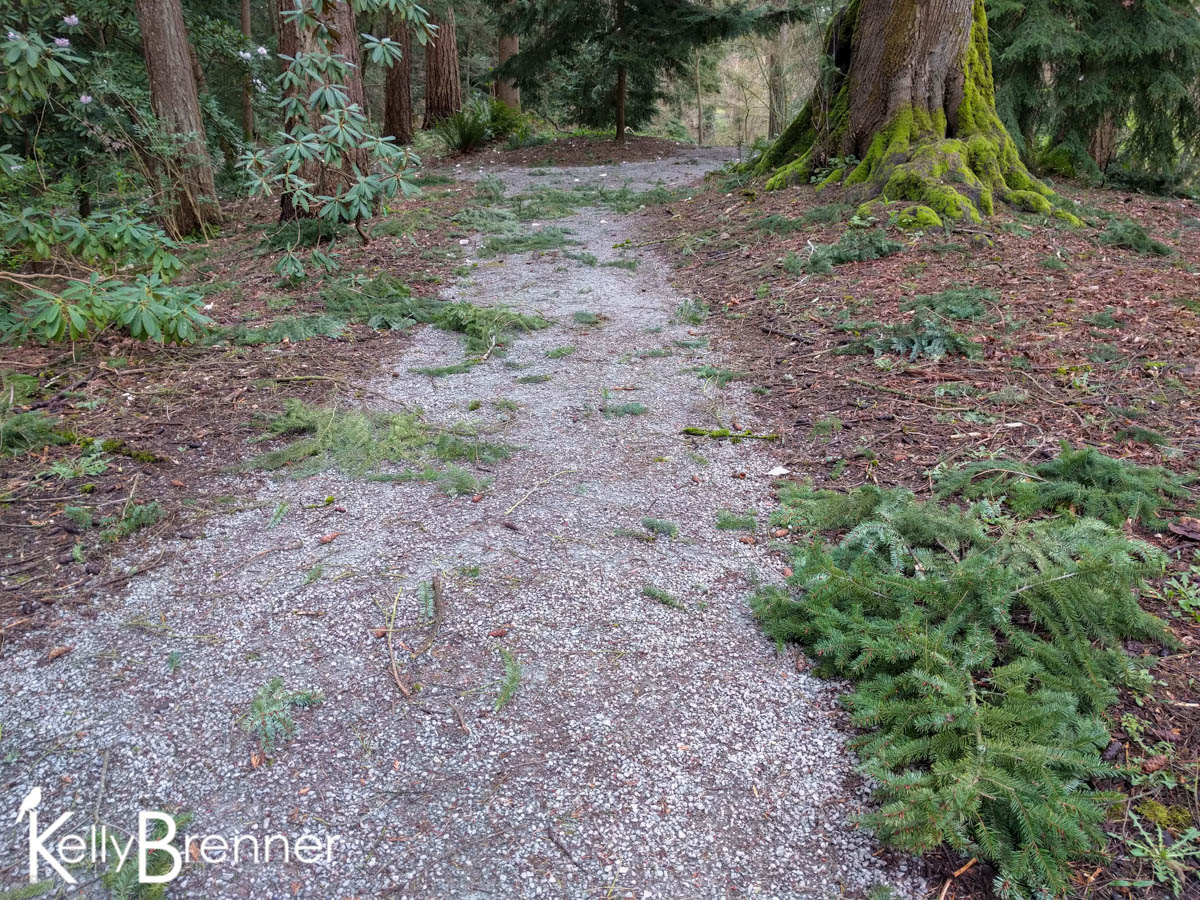 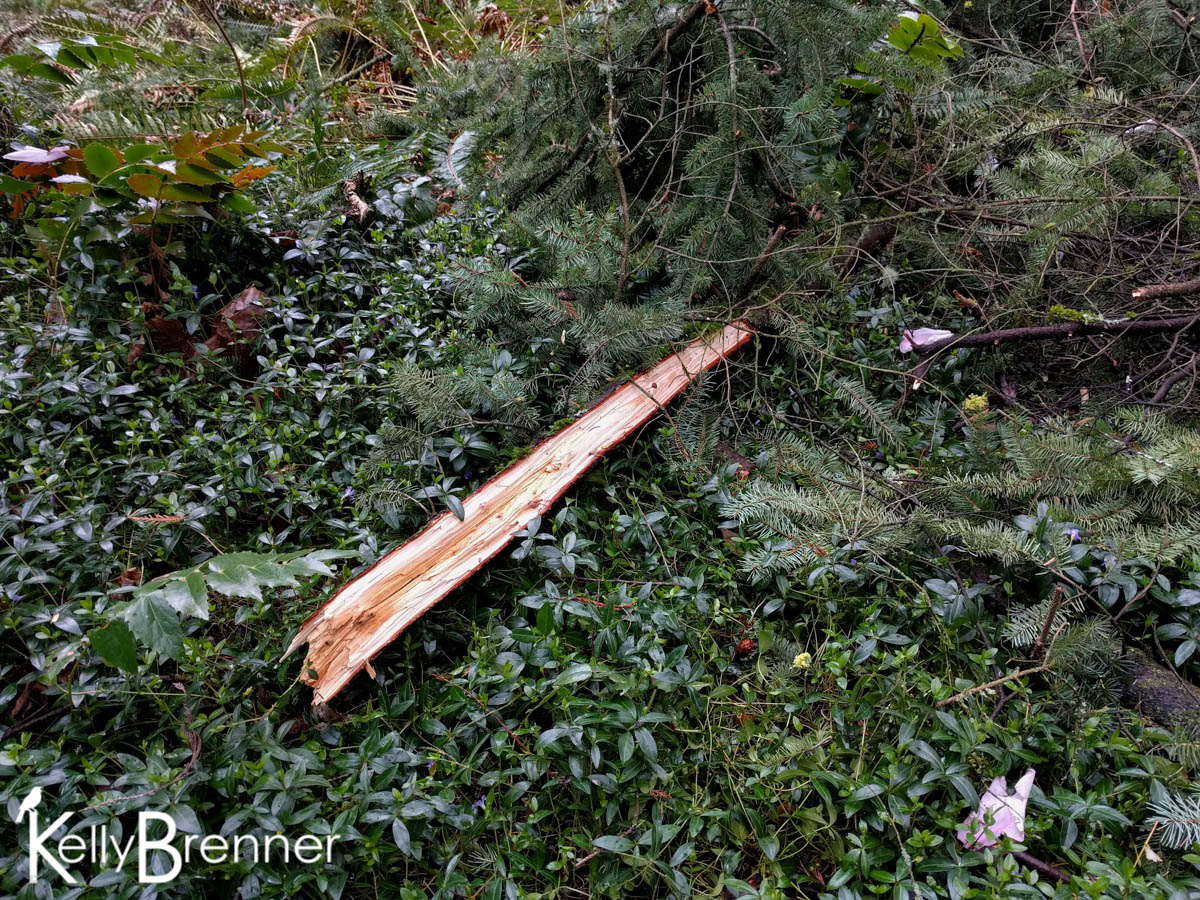 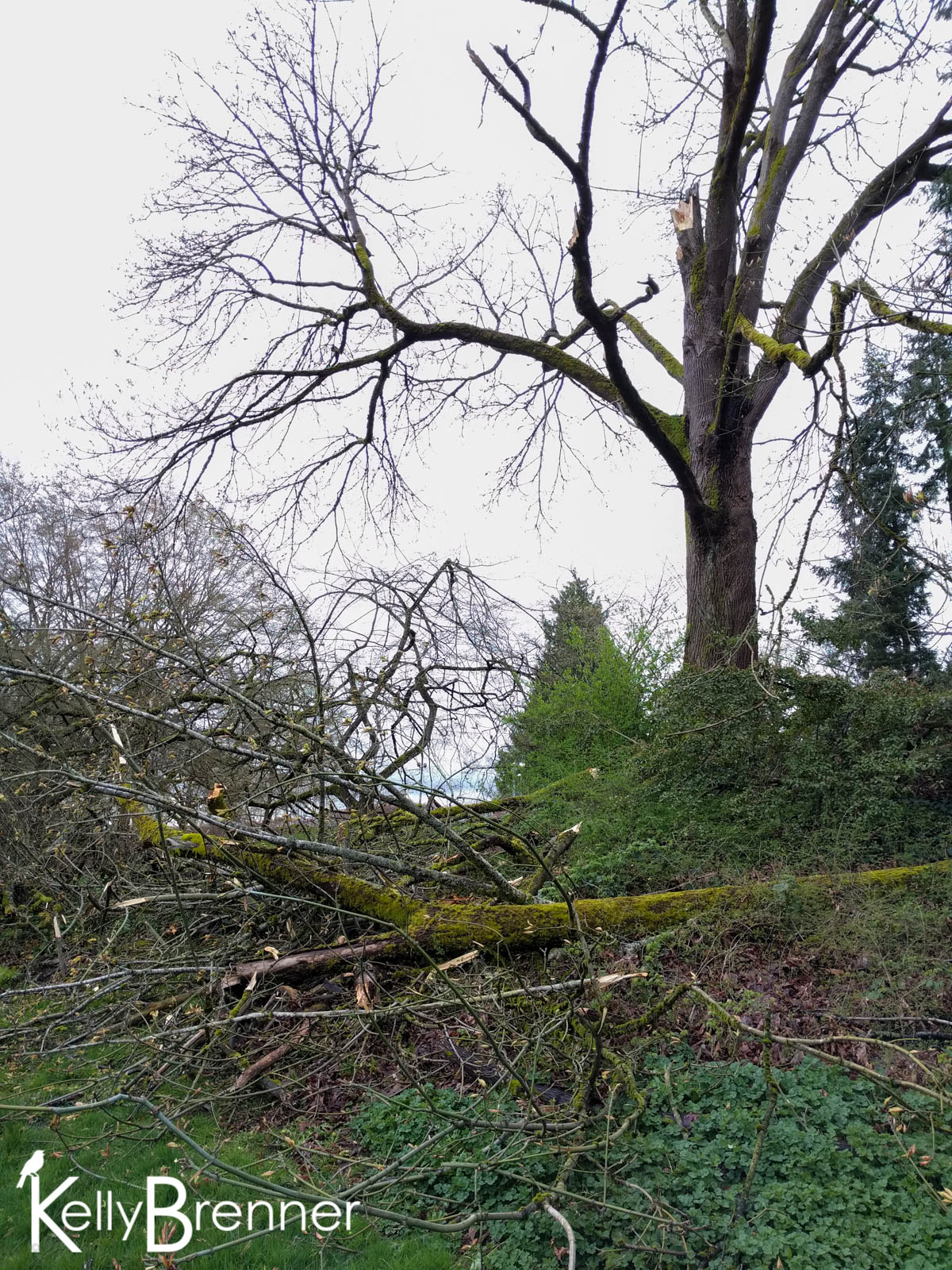 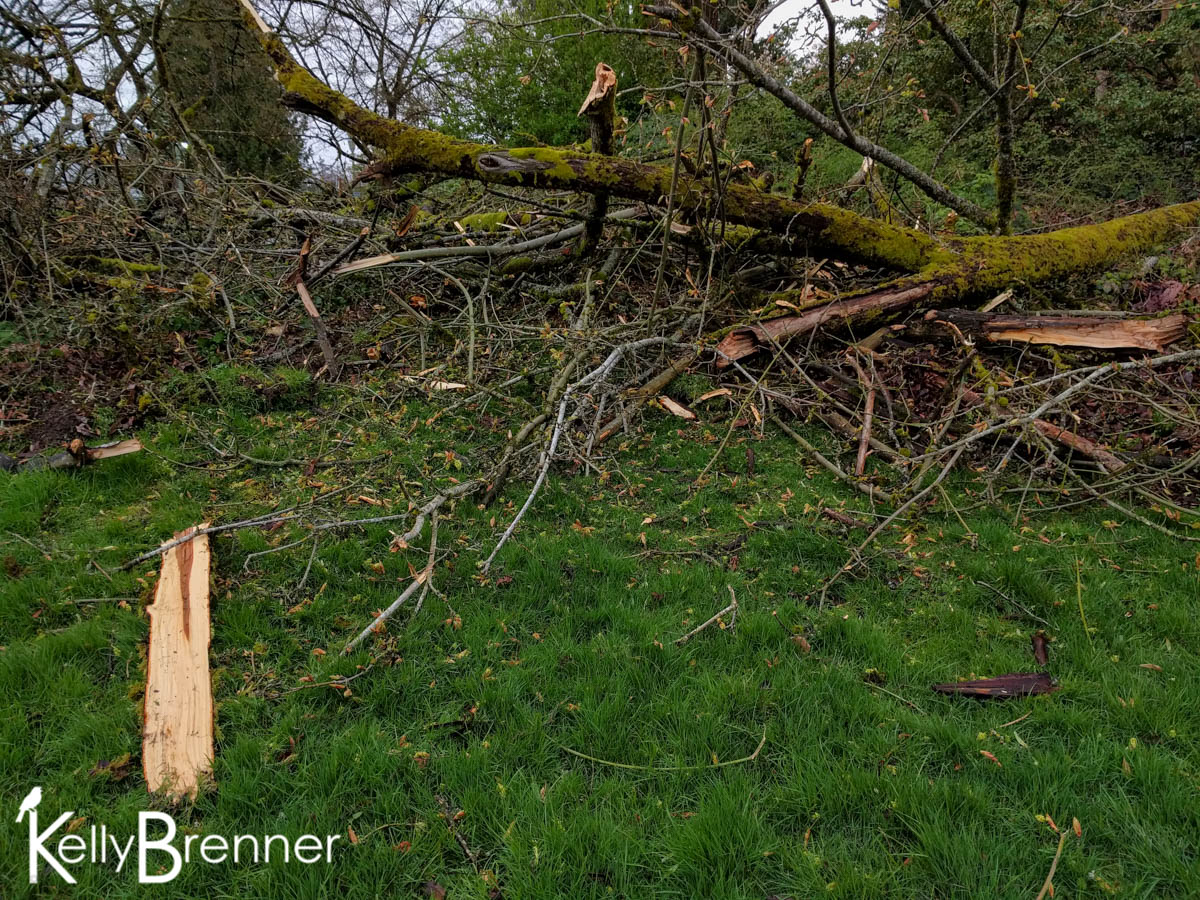 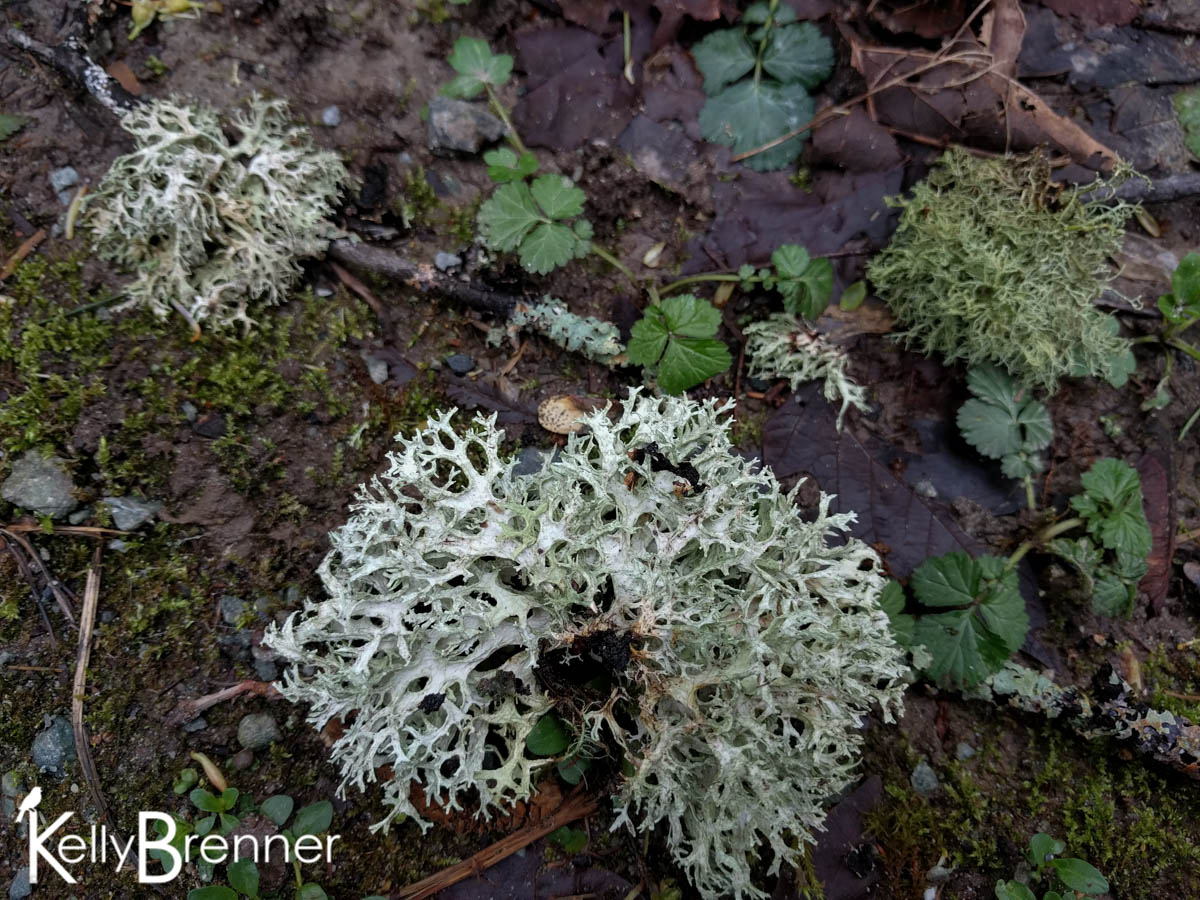 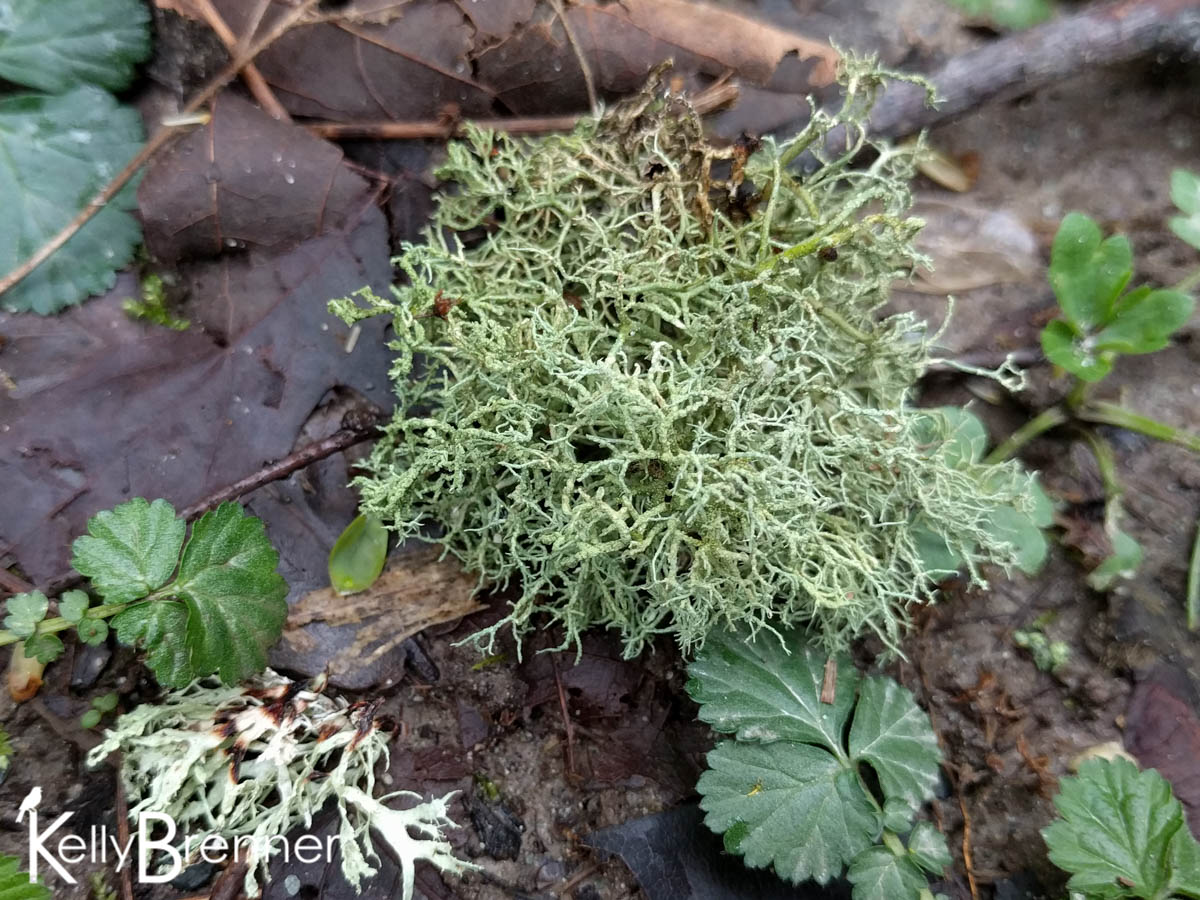 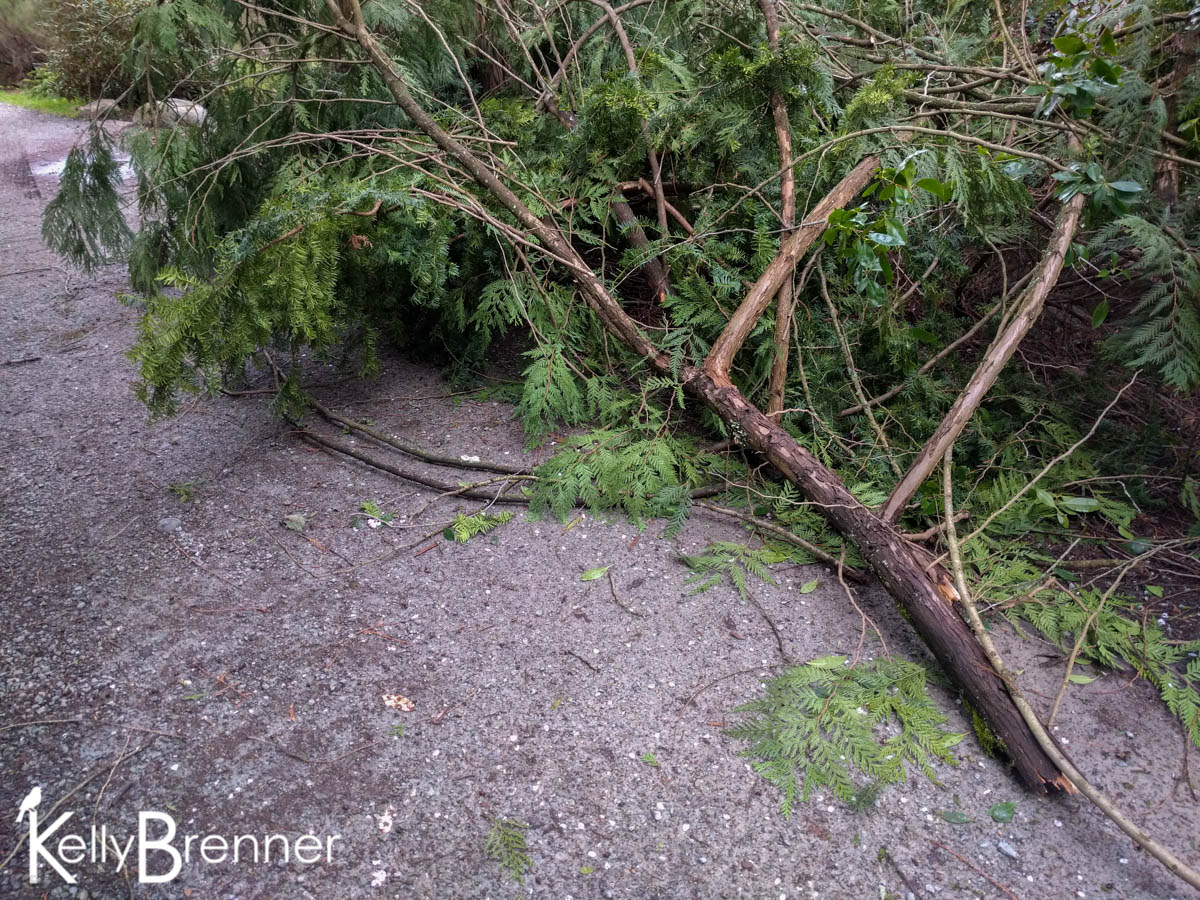 Yesterday we had a big windstorm. Not the first of the year, it started around midday and continued until the evening. Once it finally settled it was followed by a big hailstorm which covered the ground in white.

This morning I walked around the arboretum looking for storm damage, it was very easy to find. At least two full size Hemlock trees had fallen, and I found numerous branches, some as big as a small tree. Several paths were either blocked or had branches across them. I was a little sad about the fallen trees, mostly because the parks department was already busy cutting them up and feeding the branches into a chipper. Many of the branches I found on the ground were covered in moss and lichens, entire old communities were being chipped. After reading about moss and lichens and learning about tardigrades I was sad the branches weren’t simply moved off the path where their tiny communities could still live. I hope some of the larger logs will survive the chipper.

Lichens and mosses grow very slowly, some of them may have been nearly as old as the trees. When I find fallen branches I frequently pick them up and look at them through my hand lens. It never ceases to amaze me just how much life is contained on a single small branch. There are lichens and mosses of course, but living in them are a number of tiny invertebrates like ants, beetles, springtails and things I can’t even guess at. The benefit of the windstorm is that it brings a lot of things which grow high up, down to a level to be examined. Many times today I picked up smaller branches covered in moss and lichens and examine them before tossing them into the shrubs and off the path, hopefully safe from the chipper. On one Madrona branch I found an entire ecosystem of mosses and lichens in a hole in the branch perfectly contained in the small area. It looked like an island living in a shallow hole on the branch.

On an old snag where Brown Creepers used to nest I found the entire outer layer of bark on the ground today. There were branches of Douglas Fir everywhere, as their strategy for dealing with the wind is to shed small branches. Loose moss and lichens were also all over the ground everywhere I looked. At one location I found a branch which had landed tip down in the wet, soggy grass as though it were a javelin. A good reminder to avoid areas under trees during a windstorm. 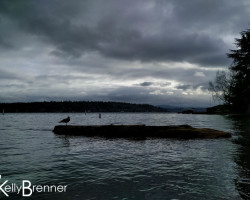 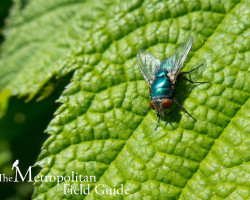