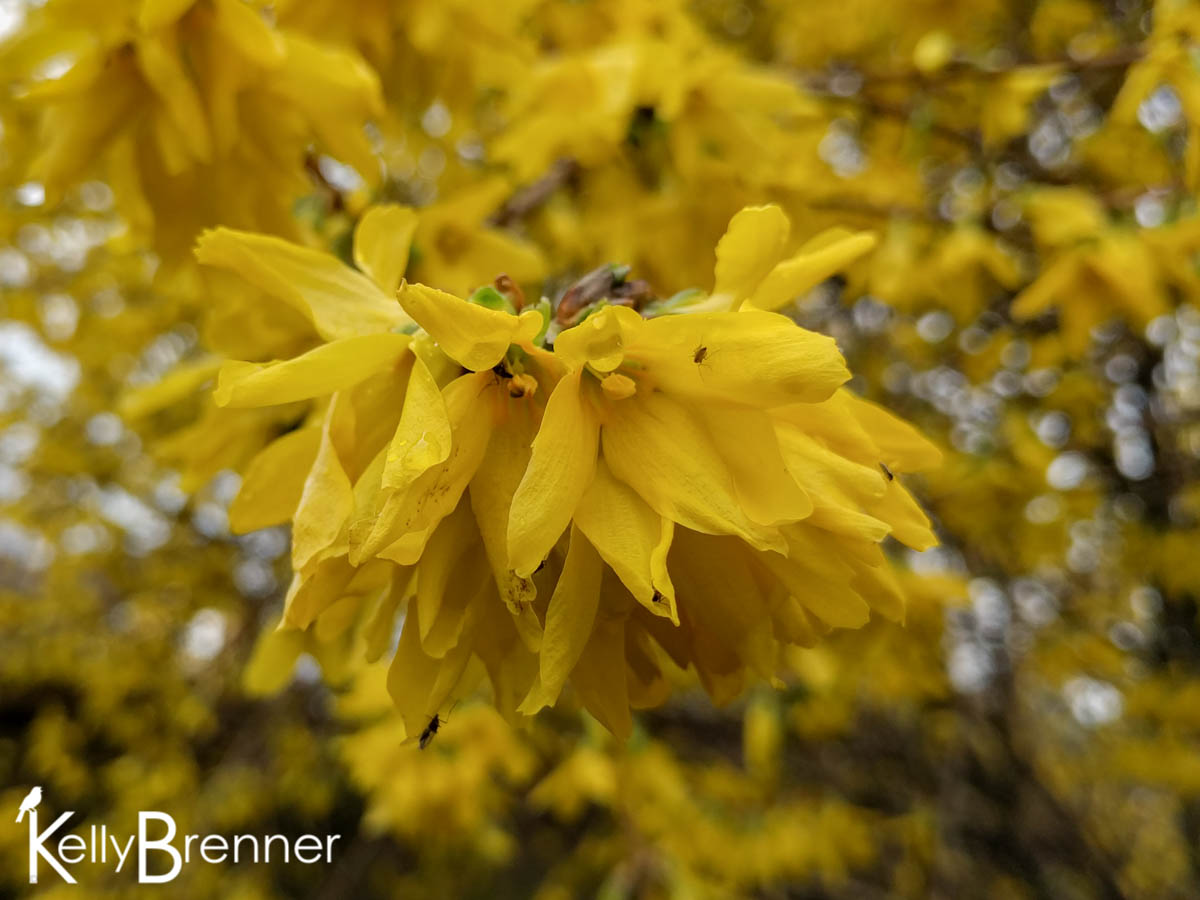 By Kelly BrennerFebruary 27, 2016No Comments

As I’ve already learned with this 365 Nature project, whenever I set out to record something for that specific day, it never turns out as I planned. Originally, I had planned to go take sunny photos of our blooming Forsythia today and write about how it’s like our yard is always sunny. In reality when I finally went outside, the sun had slipped behind the clouds and an unexpected rainstorm had materialized. The other thing I’ve learned with this 365 Nature project is to just go with it – whatever it is. The Forsythia wasn’t bathed in a golden glow, but it was bathed in beautiful droplets of water. It was still a sunny beacon in our backyard, shiny and golden even though the sun had been kidnapped by the clouds, albeit temporarily. By the time I sat down to write, the sun had escaped and was shining on the yellow flowers once more.

The other thing I discovered once I got outside and started taking photos of the long branches of yellow flowers, were the petals of many, if not most, of the flowers were covered in tiny flies. Whether they were hiding from the short rainstorm or finding some nectar in there, I don’t know. It was a spectacle I have not noticed before and didn’t expect to see when I go out there. It just goes to show life is full of little surprises if you just go stick your nose into flowers in a rainstorm.

And really, a Forsythia is much more interesting with bugs in the flowers.