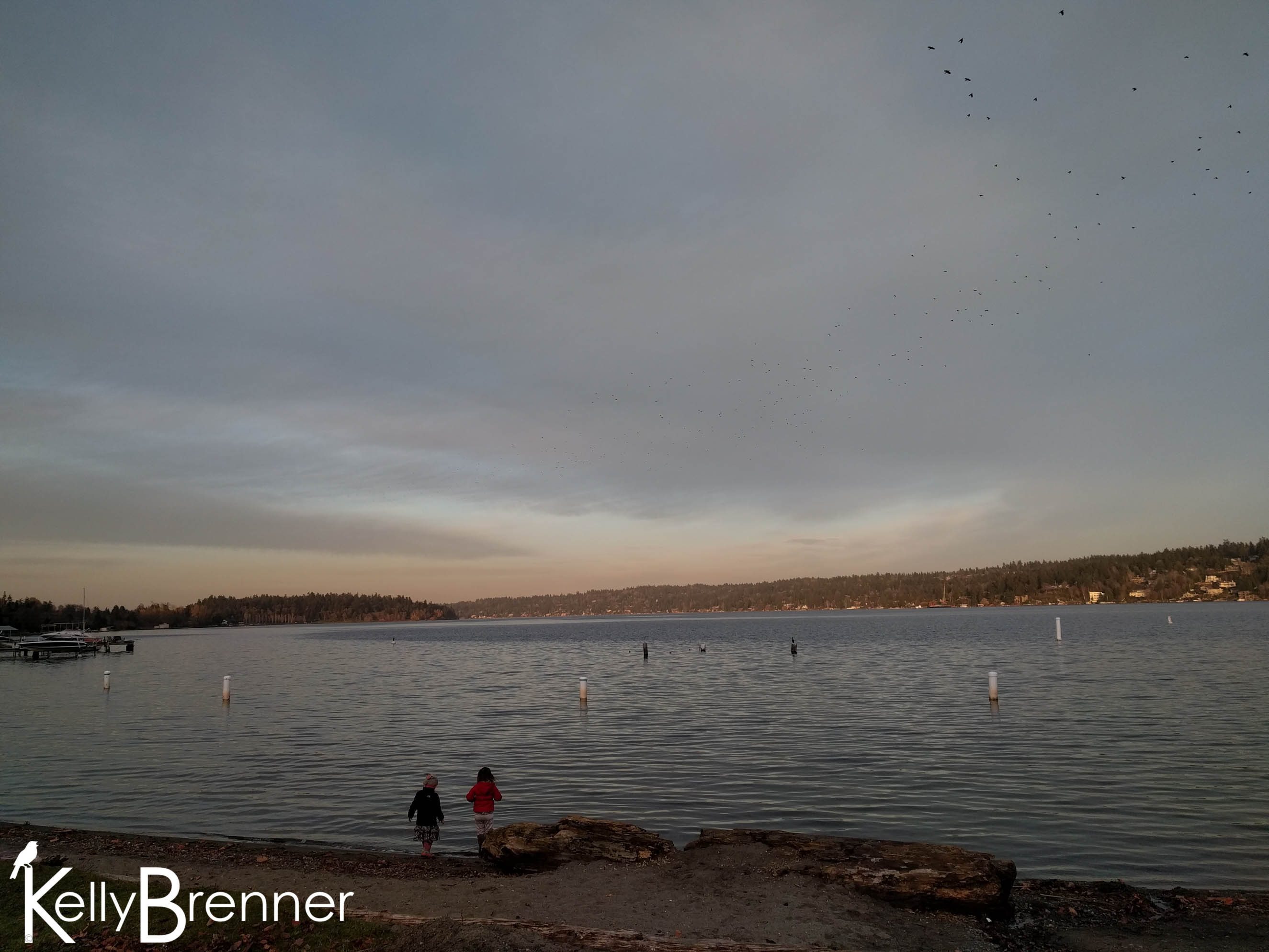 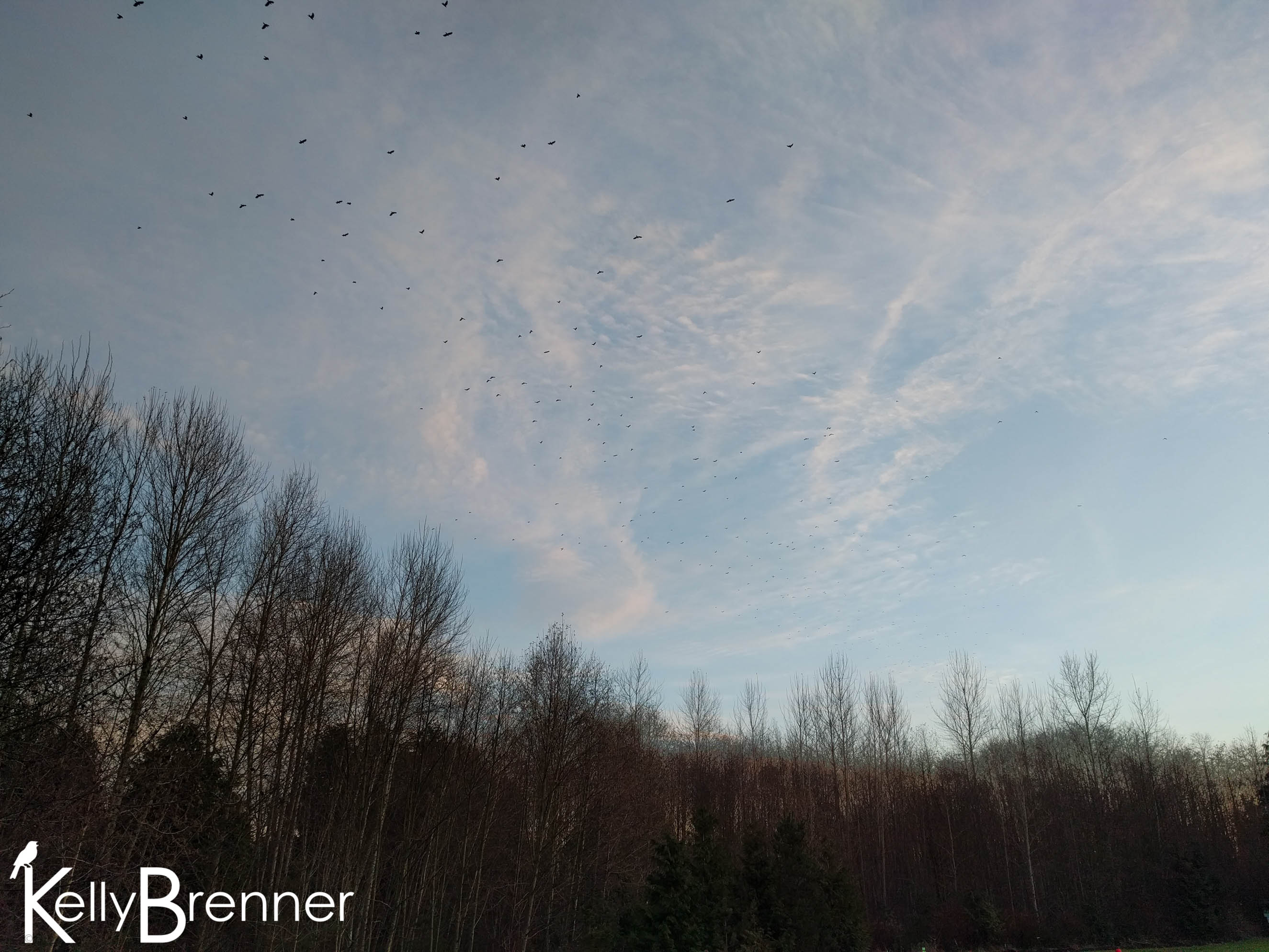 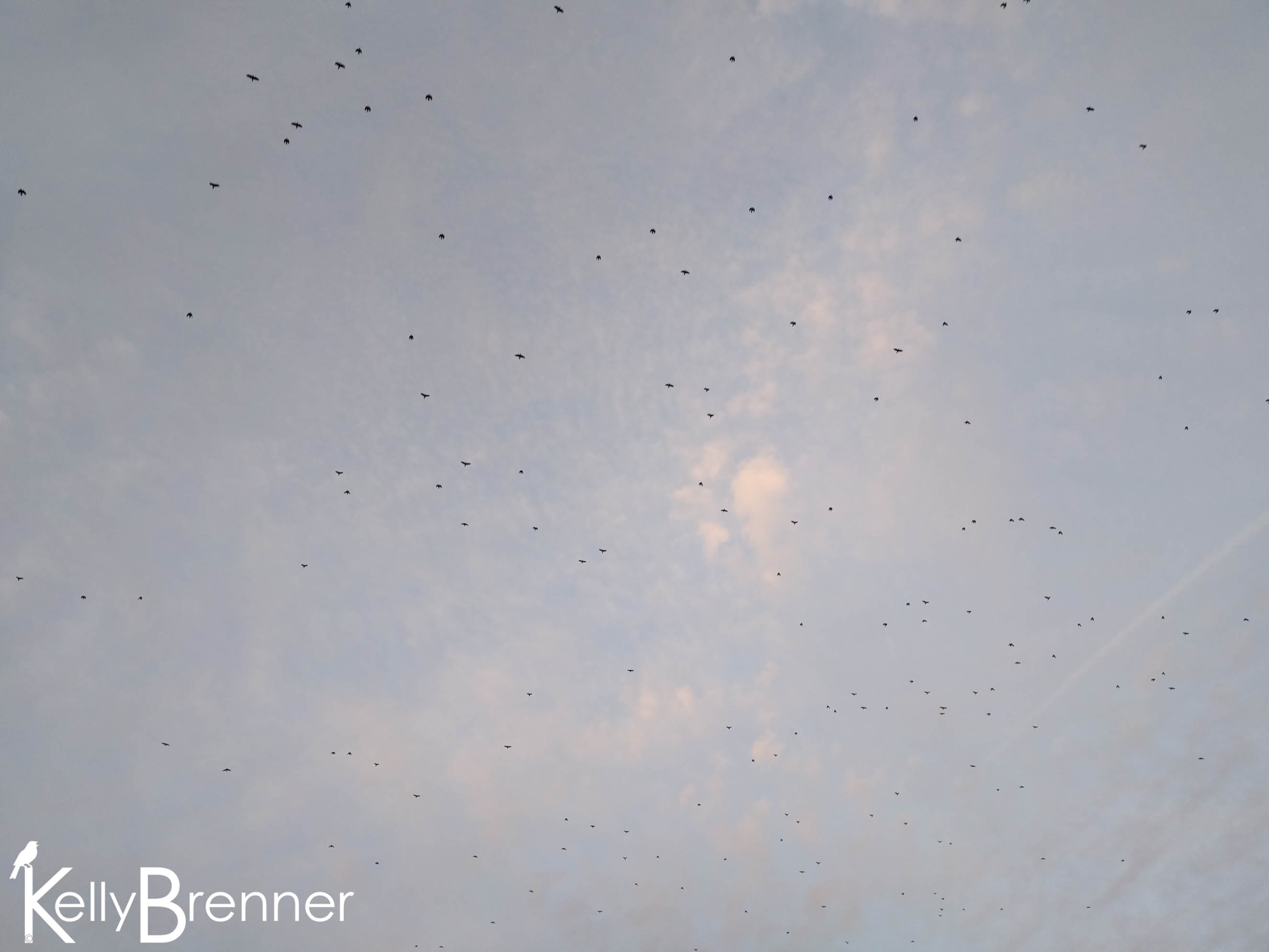 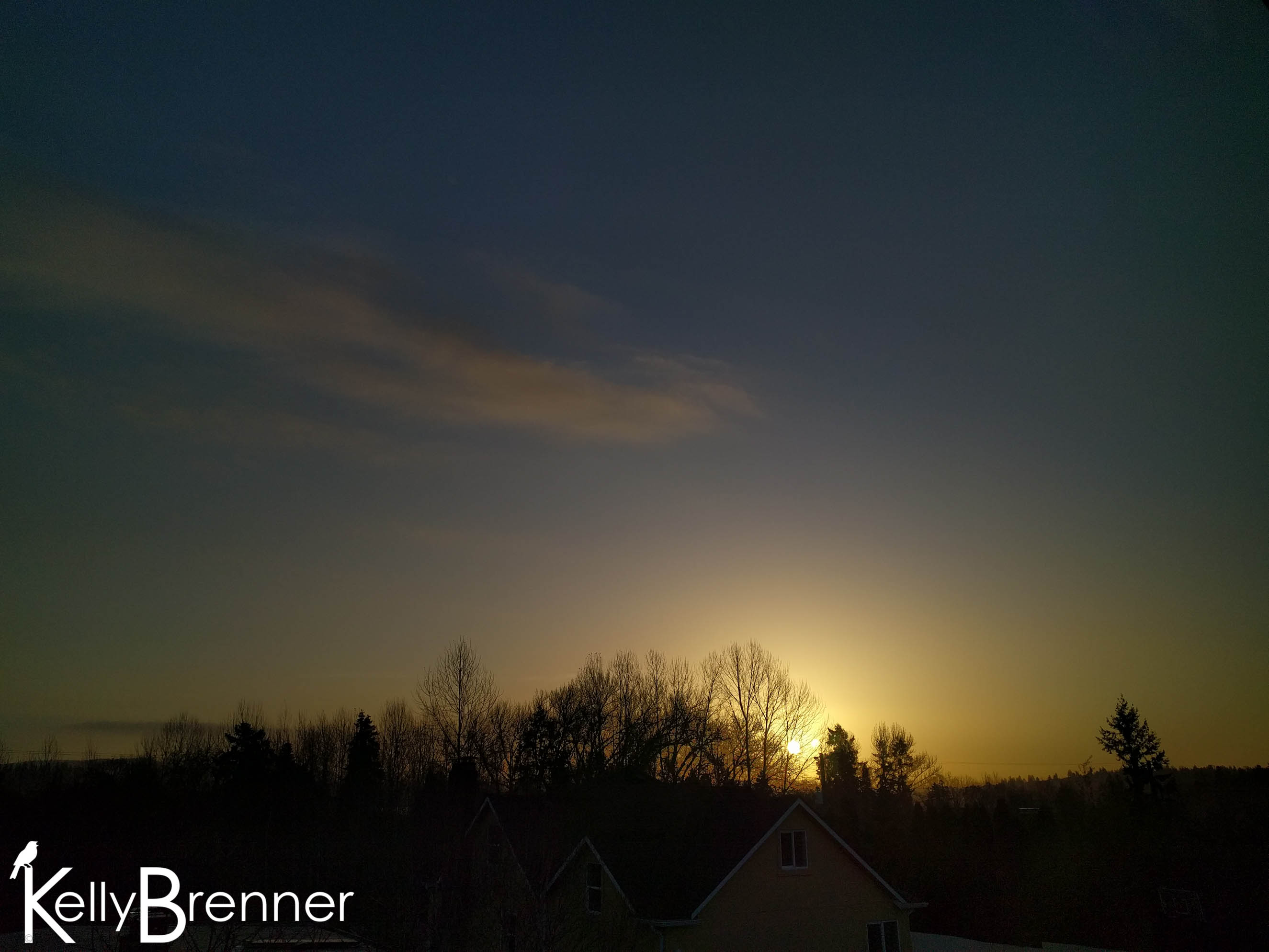 I watched the summer solstice sunrise this morning through a clear blue sky. It’s the first official day of winter although here in Seattle it’s felt like winter for a couple of weeks. We’ve had snow and many freezing days, while the mushrooms have slowly faded away. Many people see the solstice as a time to start counting the days to spring, but there are many benefits to these longer nights. As the sun rises later and sets earlier, the beautiful sunrises and sunsets are more accessible at reasonable hours, particularly for kids. It’s also easier, if you’re not a morning person, to watch the birds early in the day because they’re active later.

Of course, one of my favorite aspects of the longer nights is the late afternoon crow rush hour. They fly so early that it’s still afternoon and I can always catch them flying overhead going south to their roost. Tonight we were at the beach along Lake Washington behind our house with visiting friends when the crows started flying over coming from Seward Park, along the lake. They flew directly over us in several waves, wide swaths of evenly spaced crows black against the changing sky. The setting sun cast light back to the east, reflecting off the clouds and down onto the surface of Lake Washington, book-ending my day. 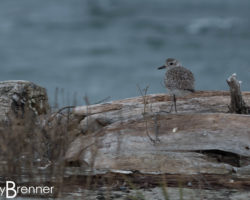 In 2016 I’m doing a 365 Nature project. Learn more about the project and see all the 365 Nature posts. I've been feeling the pull of an adventure lately and today I finally had a chance to escape and took it.

In 2016 I’m doing a 365 Nature project. Learn more about the project and see all the 365 Nature posts. Although the forecast called for rain, it's a bright and sunny day here in Seattle. All morning the wind raged through