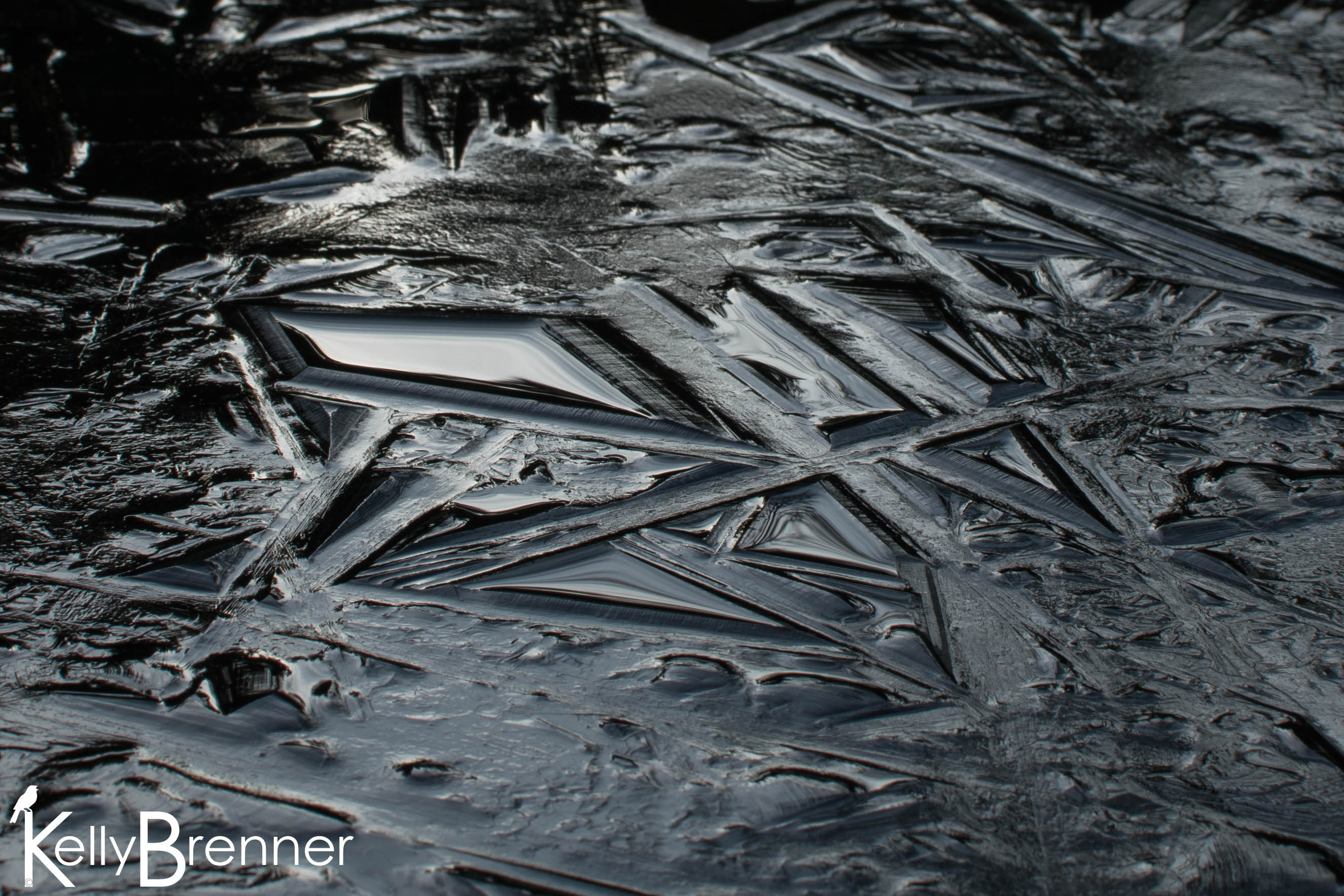 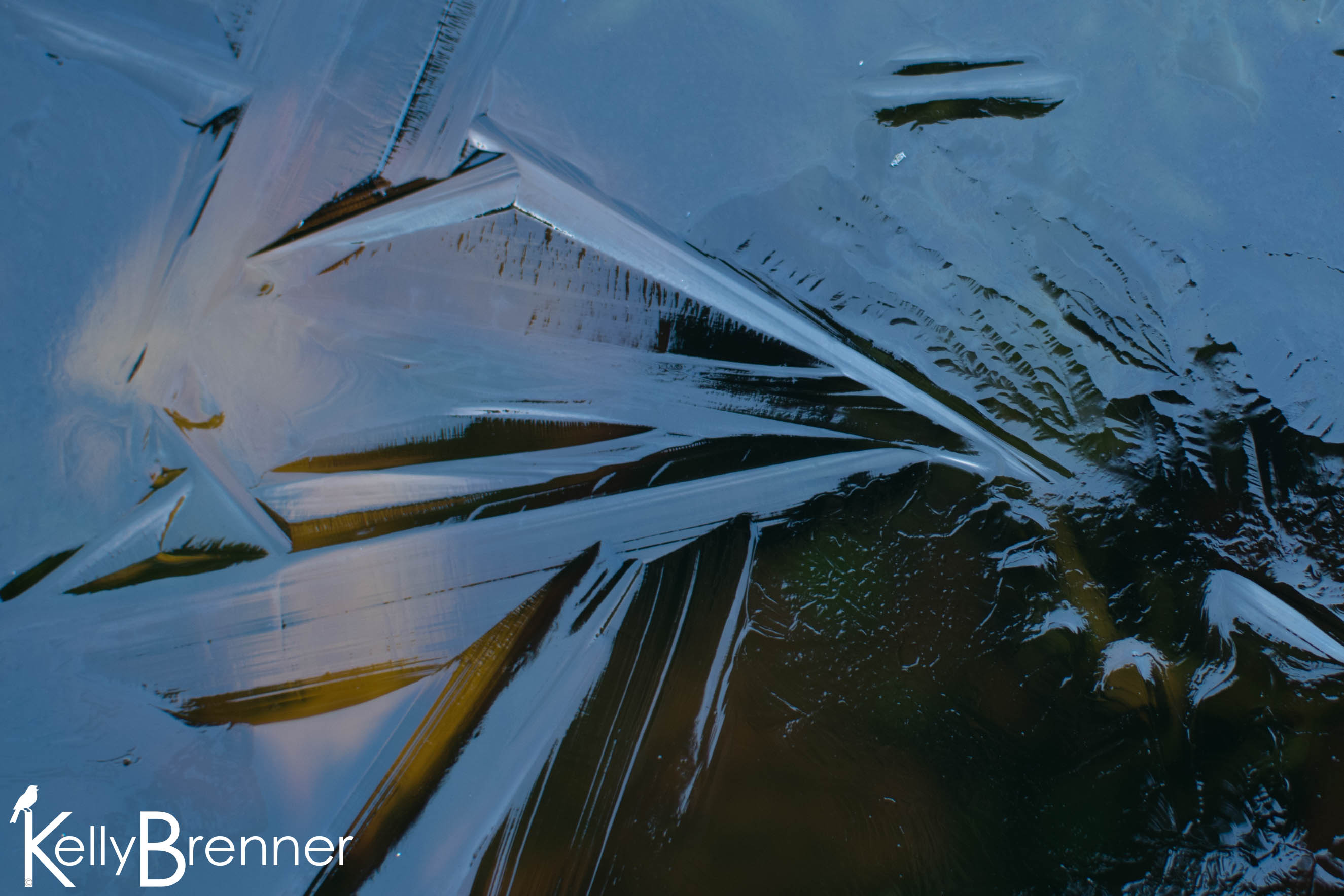 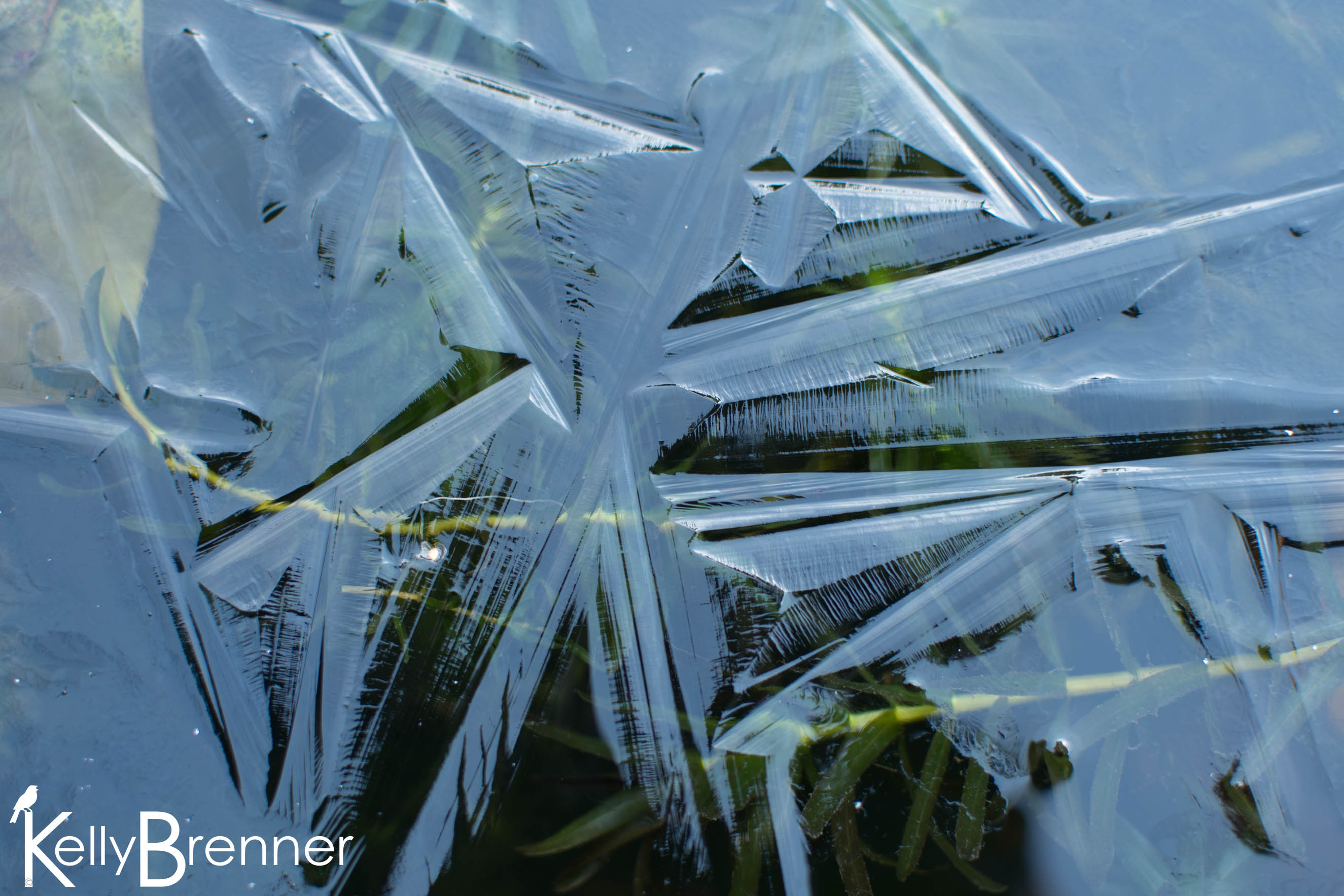 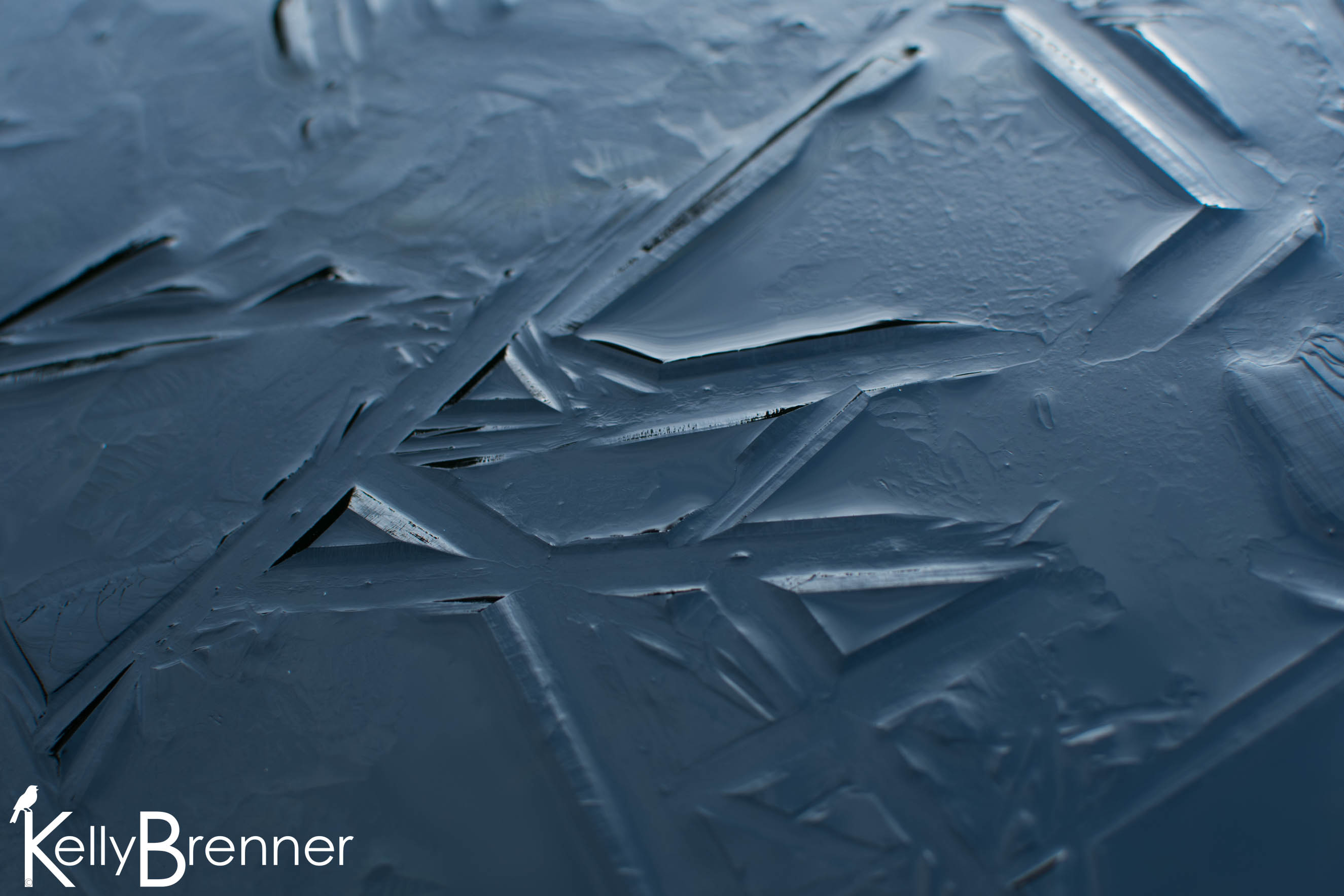 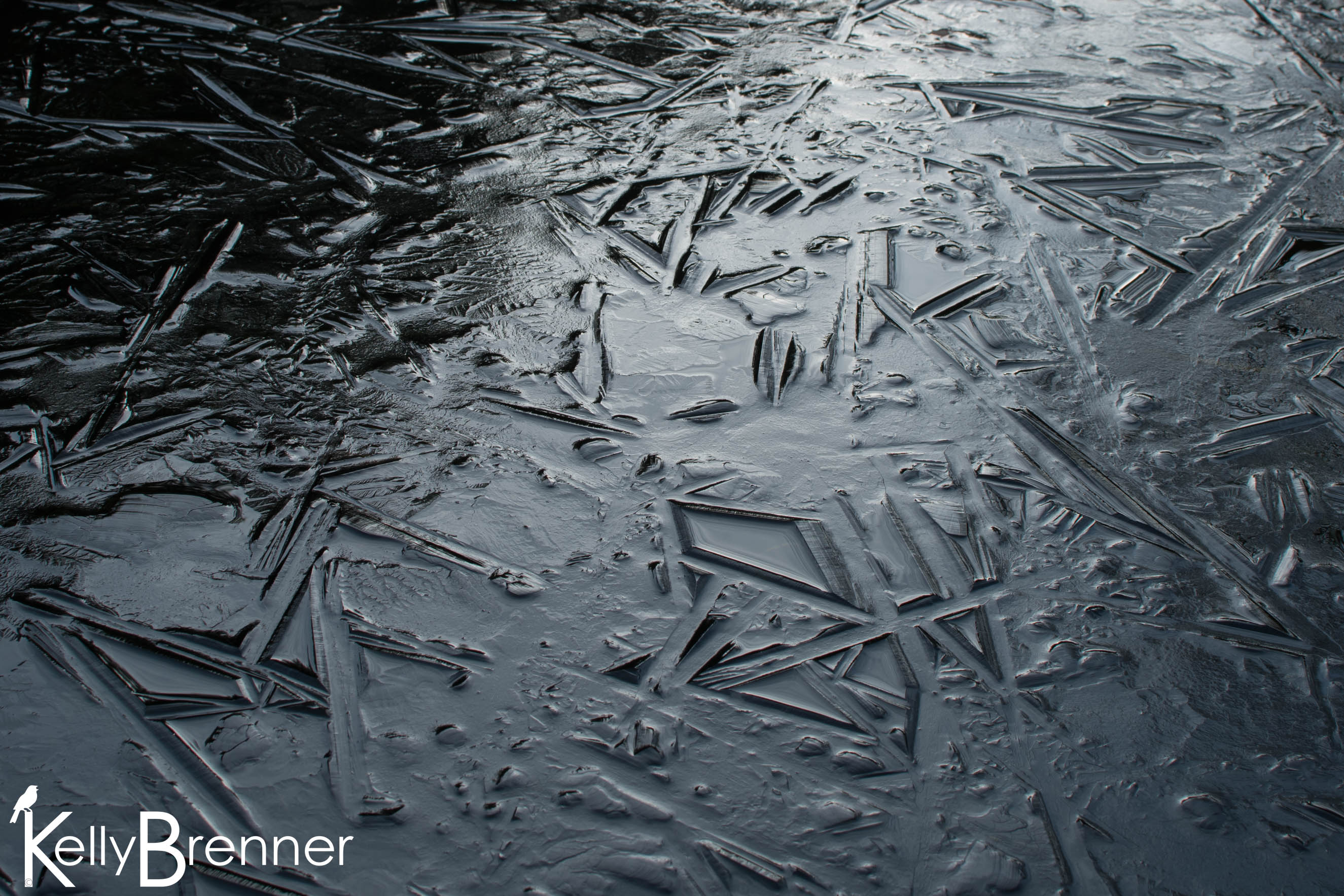 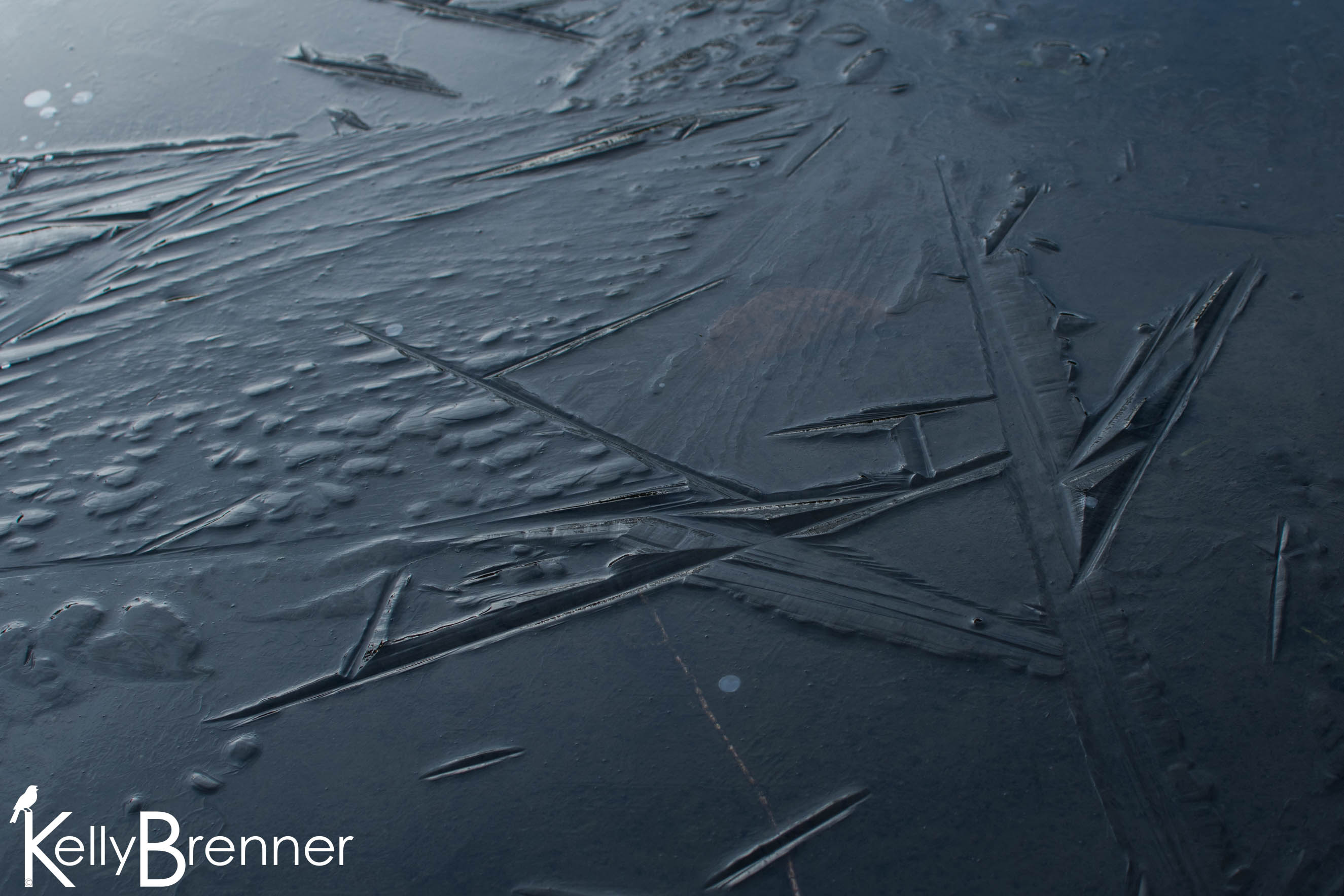 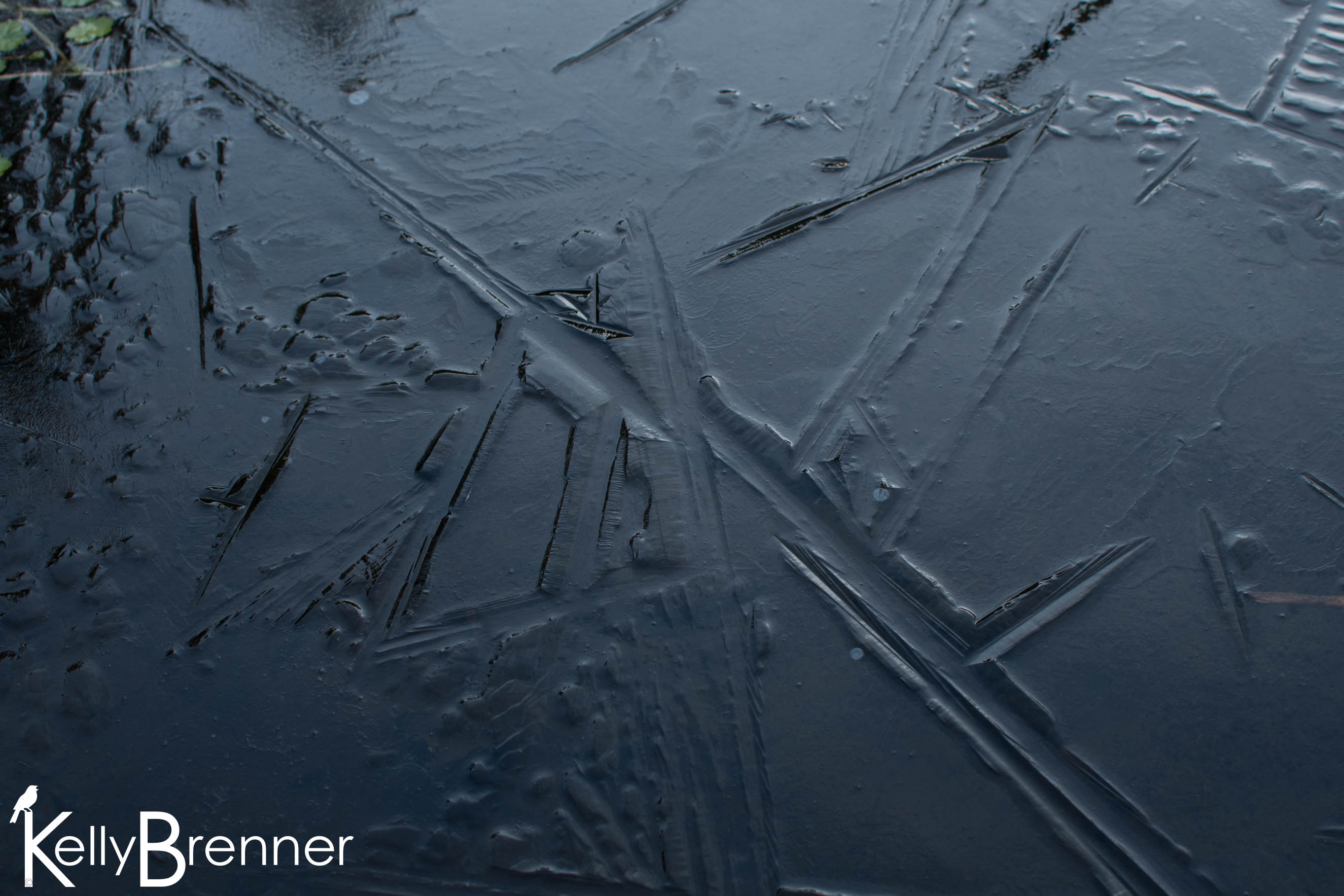 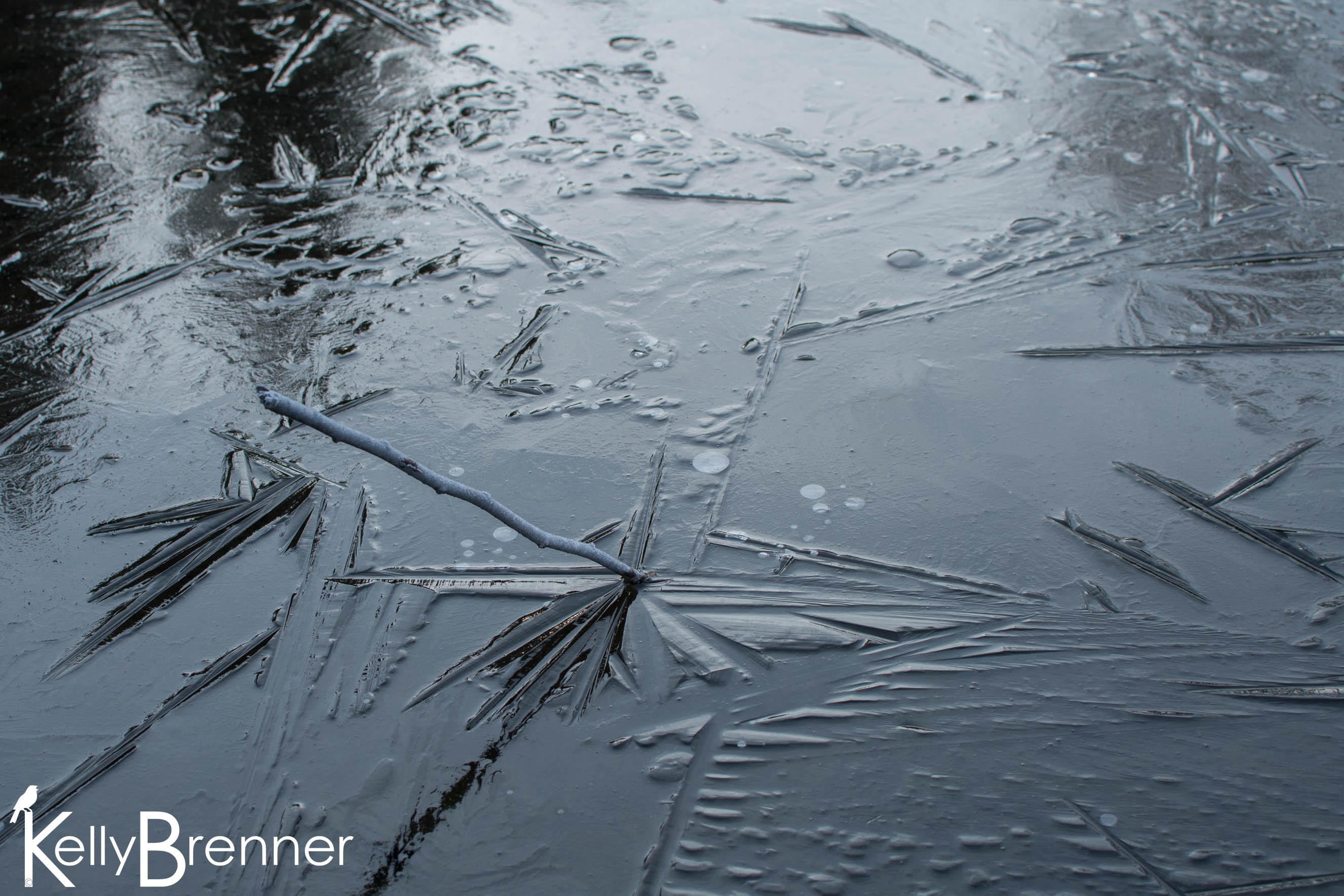 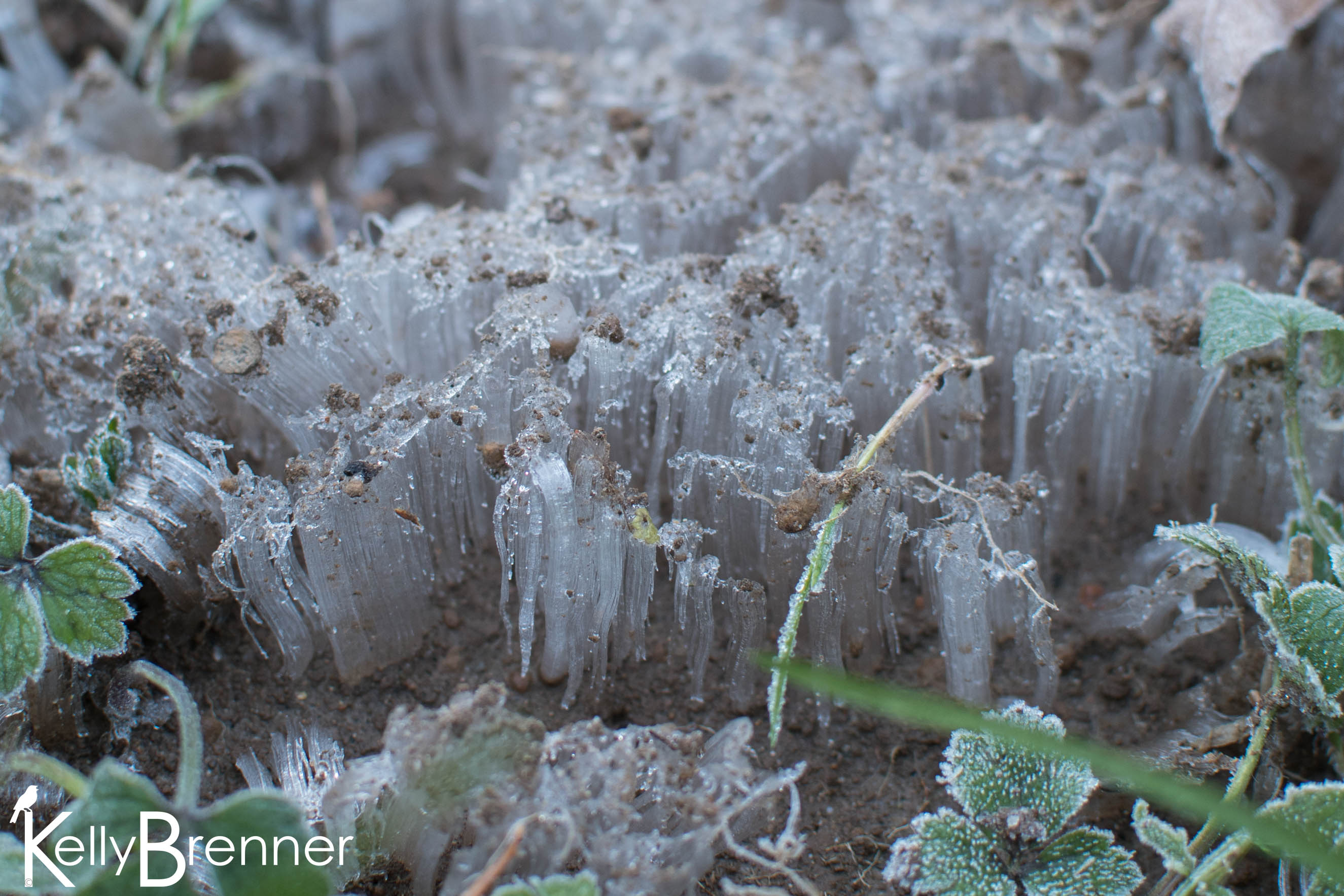 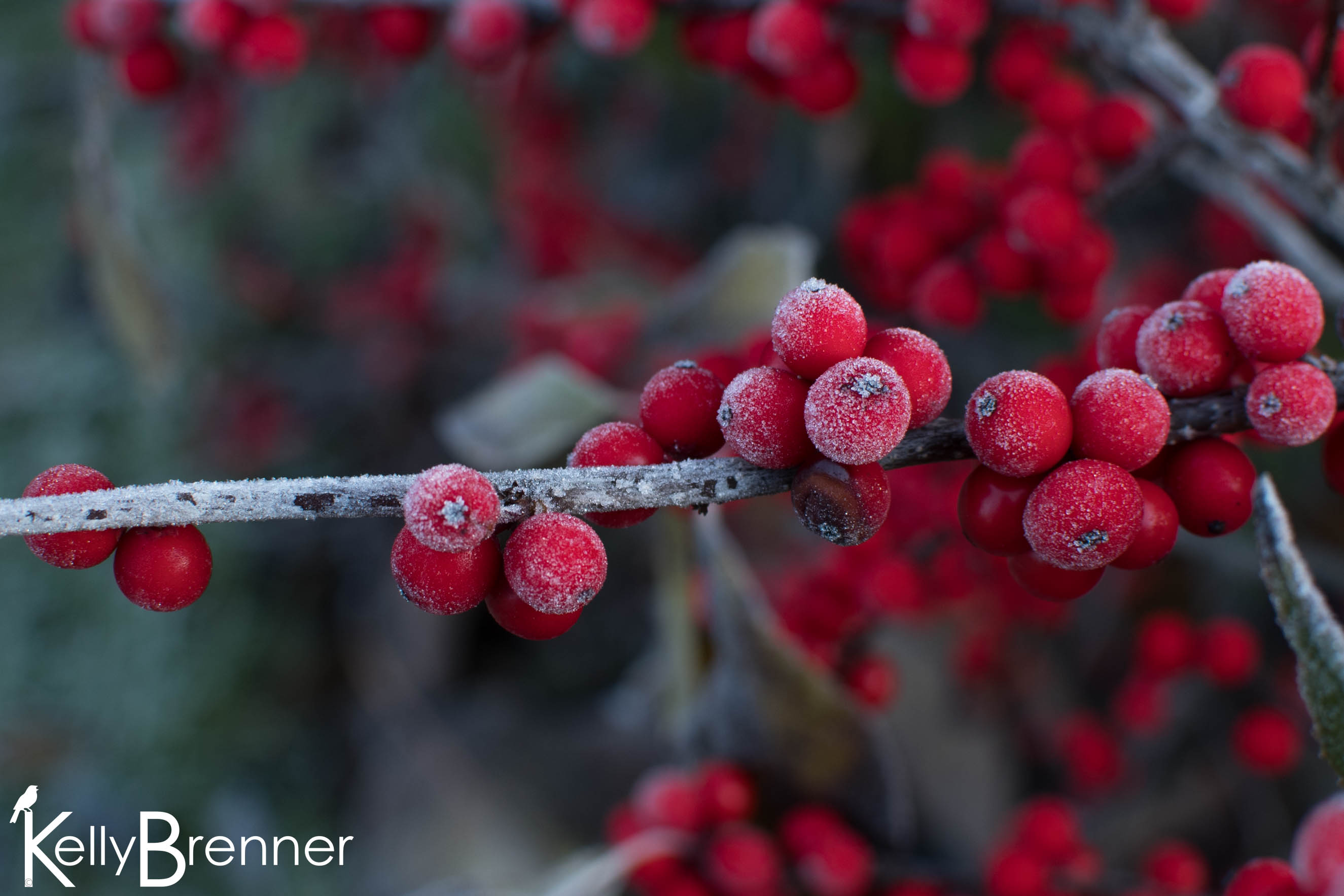 We’re currently experiencing quite a cold spell here in Seattle. Yesterday I felt cold all day because my long underwear was in the laundry and I never warmed up, even after we returned home. The arboretum is also frozen, but only away from the trees. Under the canopy of trees, there is no frost on the ground at all. But step away from the trees and out into the fields and the grass is frosty, ice forms along the veins of fallen leaves and cones turn white. In patches of bare ground, or around mole hills peculiar forms appear in the soil that look like miniature basalt columns pushing up out of the ground. The ice freezes the water in the soil, pushing columns of soil up. In other places, spikes of ice grow out of the ground, like reverse icicles.

During my cold walk I visited the pond I spent so much time at during the warmer months and found it also frozen. Patches of water were still free of ice, but most of the pond had a thin layer of ice. What I found interesting were the patterns in the ice. There were ragged lines, like lightning running across the pond, but in other places, the jagged lines gave way to soft bubble shapes. Looking very close, a topography emerged creating miniature mountain ranges. Where sticks protruded from the water, a ray of icy lines spread out from the point. I always thought of frozen ponds as smooth, but today as I studied the pond I found that’s really not the case. I stood over the frozen water and saw aquatic plants and fallen leaves trapped below the surface, as though frozen in time. We don’t often have such cold to freeze ponds so it’s nice to get the opportunity to study it. And from the forecast, it looks like we’ll have quite a few more days to study ice this week. 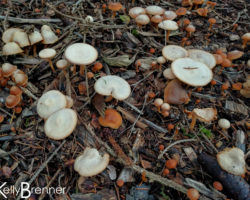 In 2016 I’m doing a 365 Nature project. Learn more about the project and see all the 365 Nature posts. As we make the transition to winter, officially December 21st, I'm noticing quite a change. Not only is it much colder 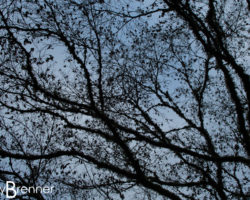 In 2016 I’m doing a 365 Nature project. Learn more about the project and see all the 365 Nature posts. Today I continued my theme from yesterday on Day 347 of looking at trees, but instead of looking down because of the