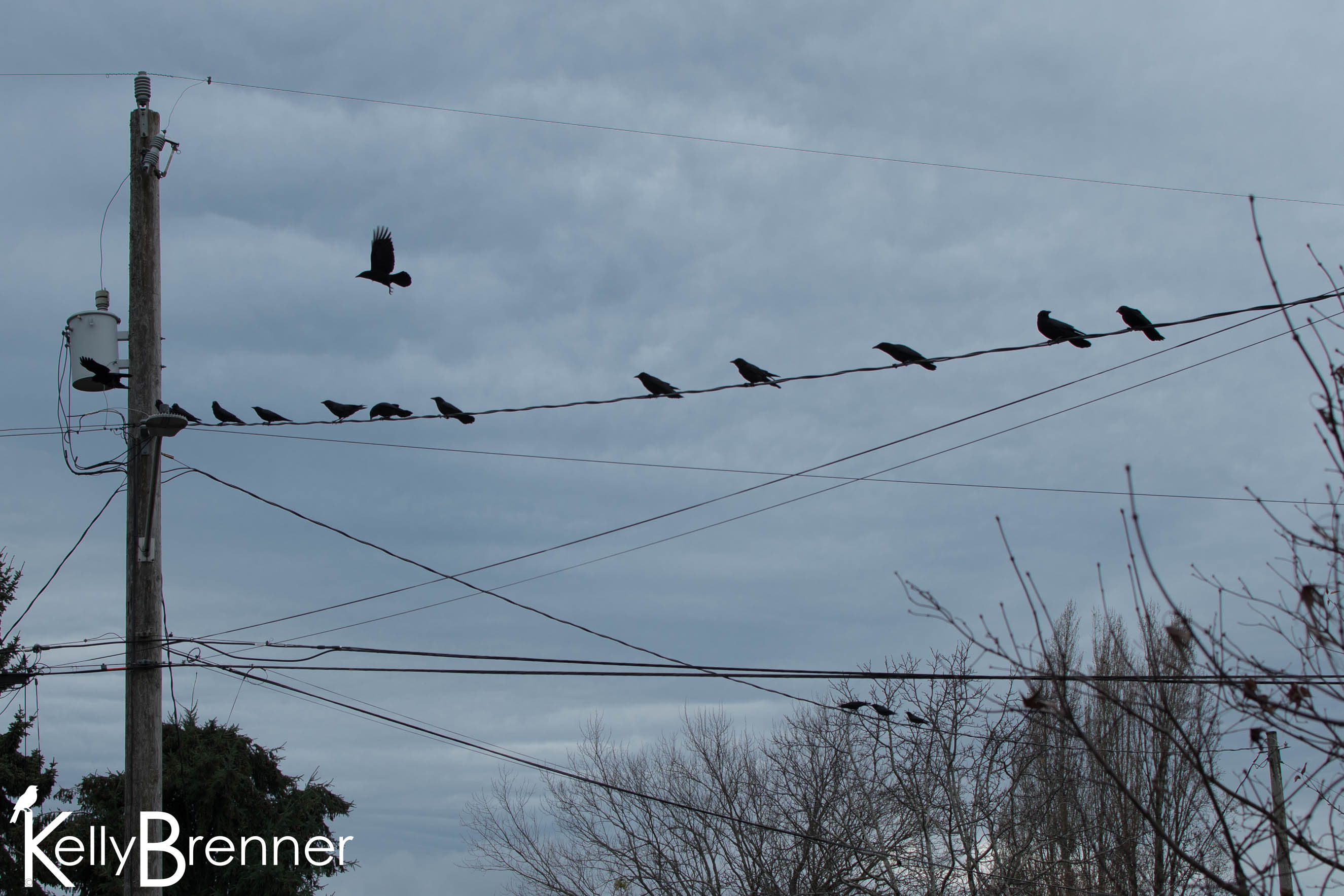 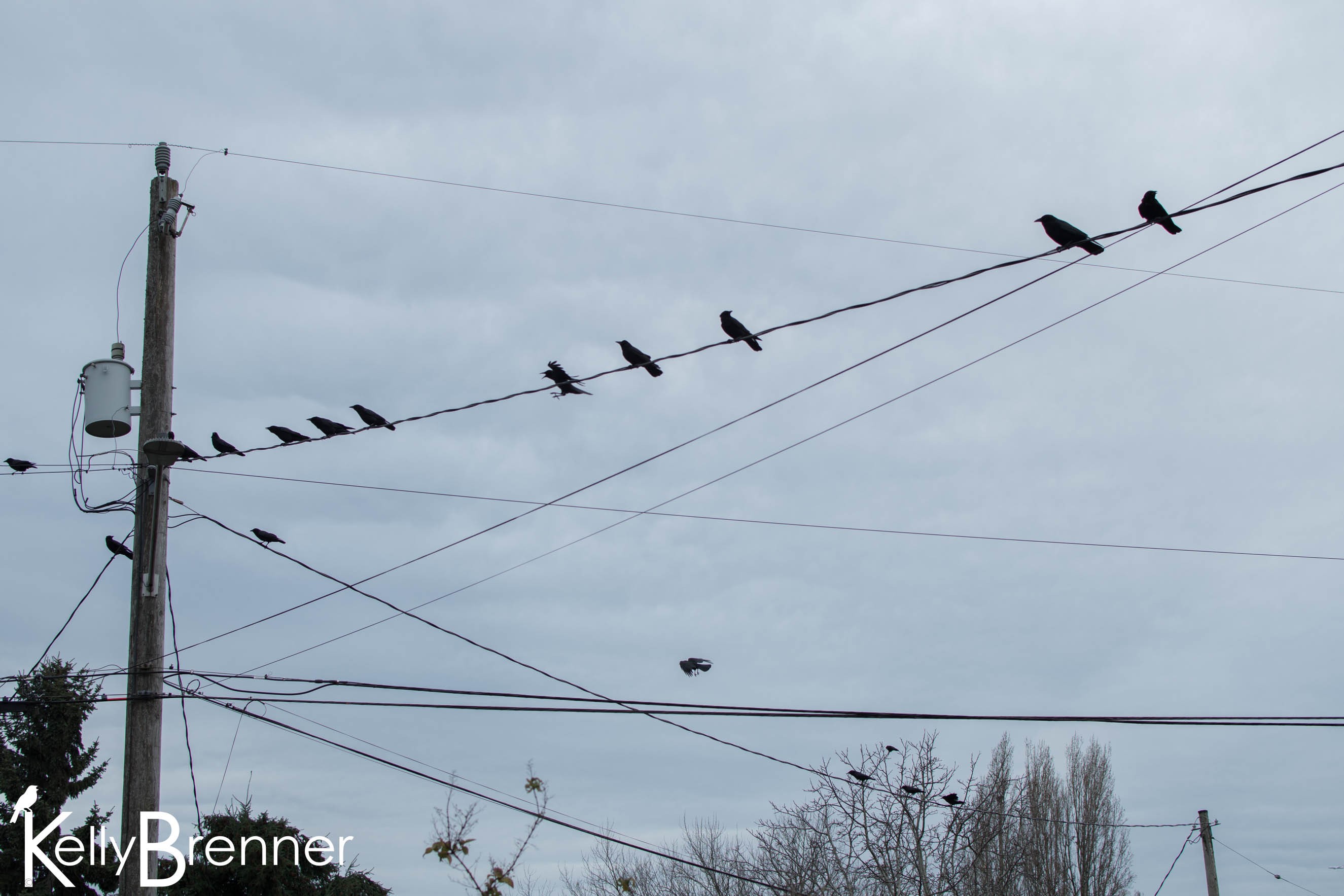 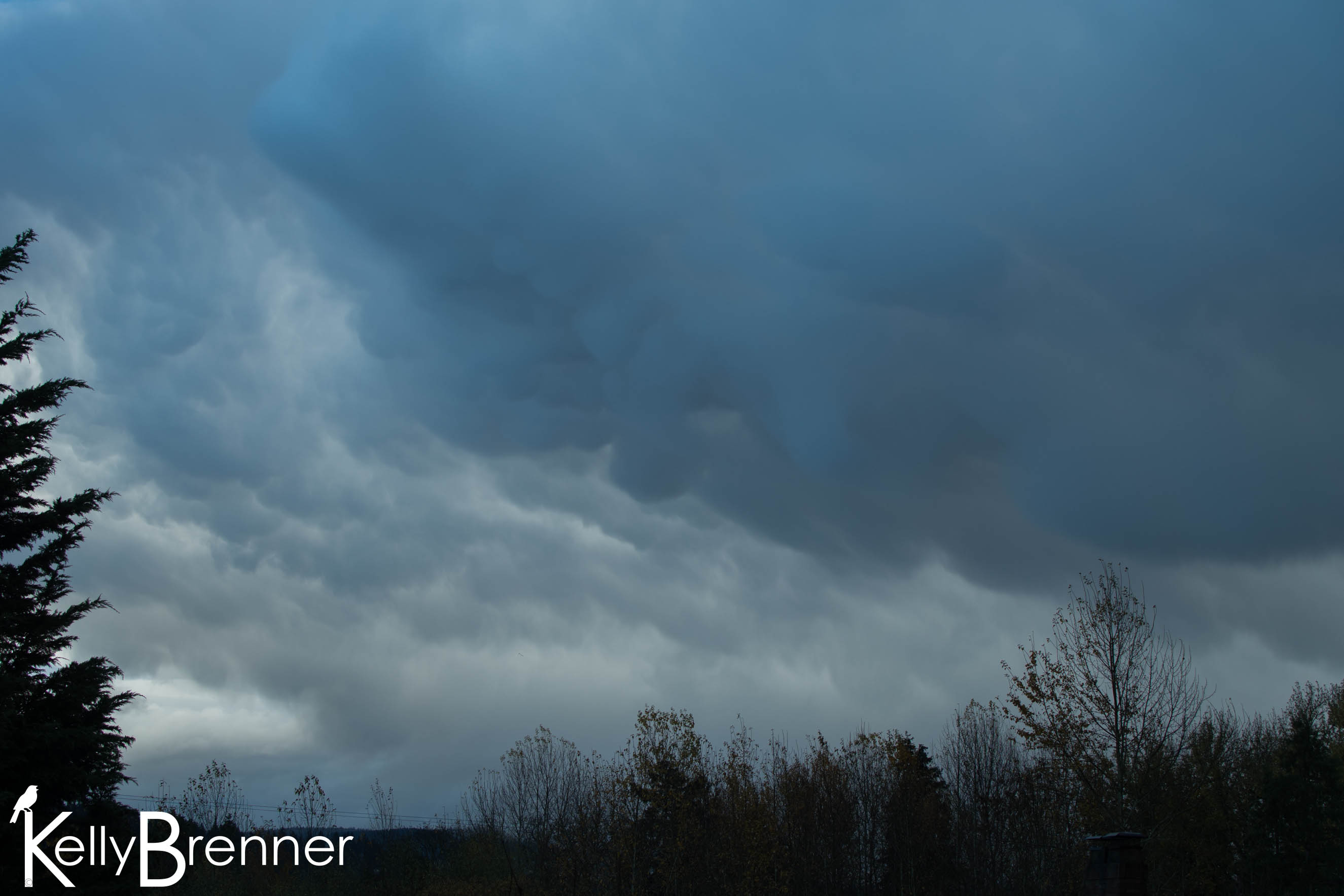 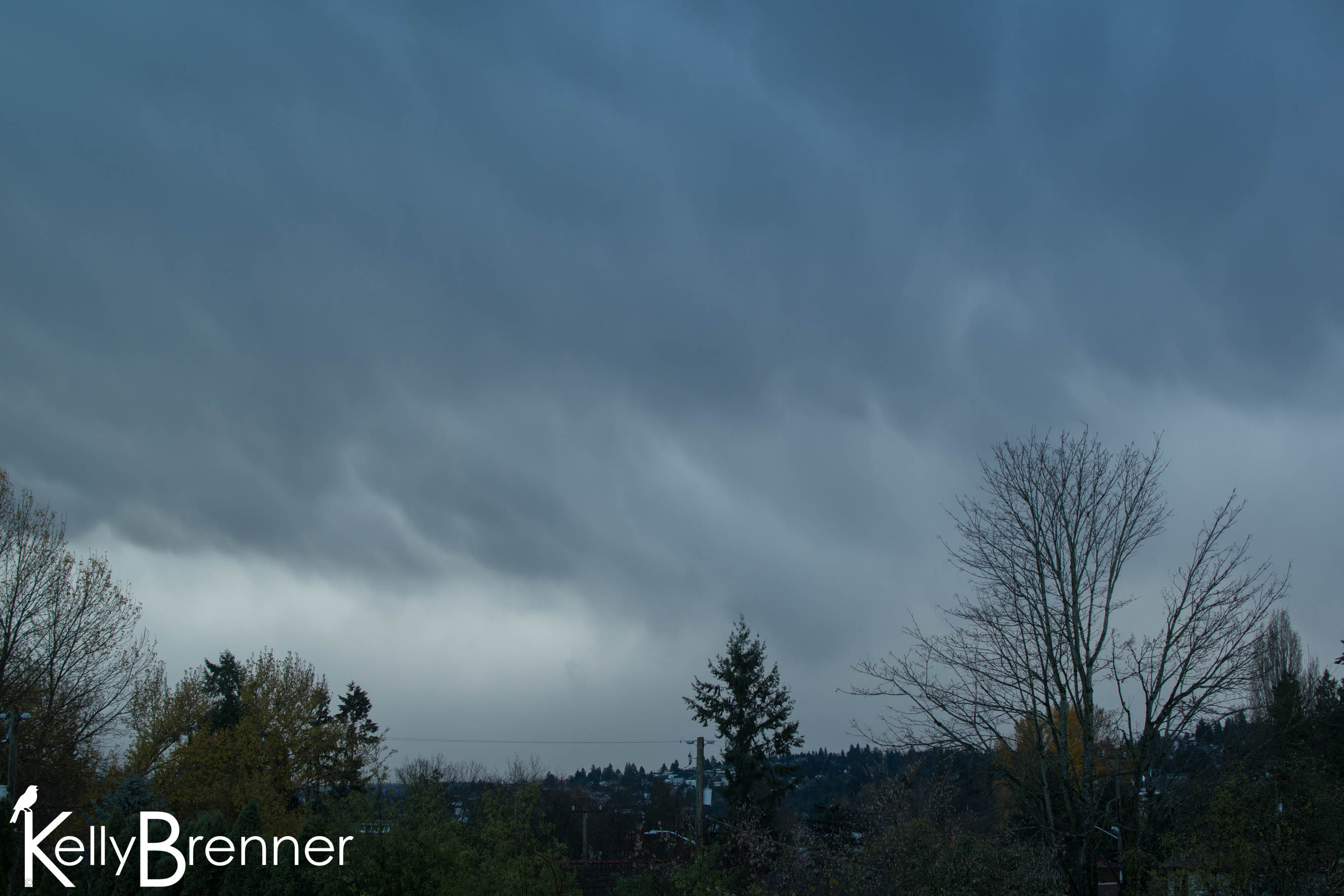 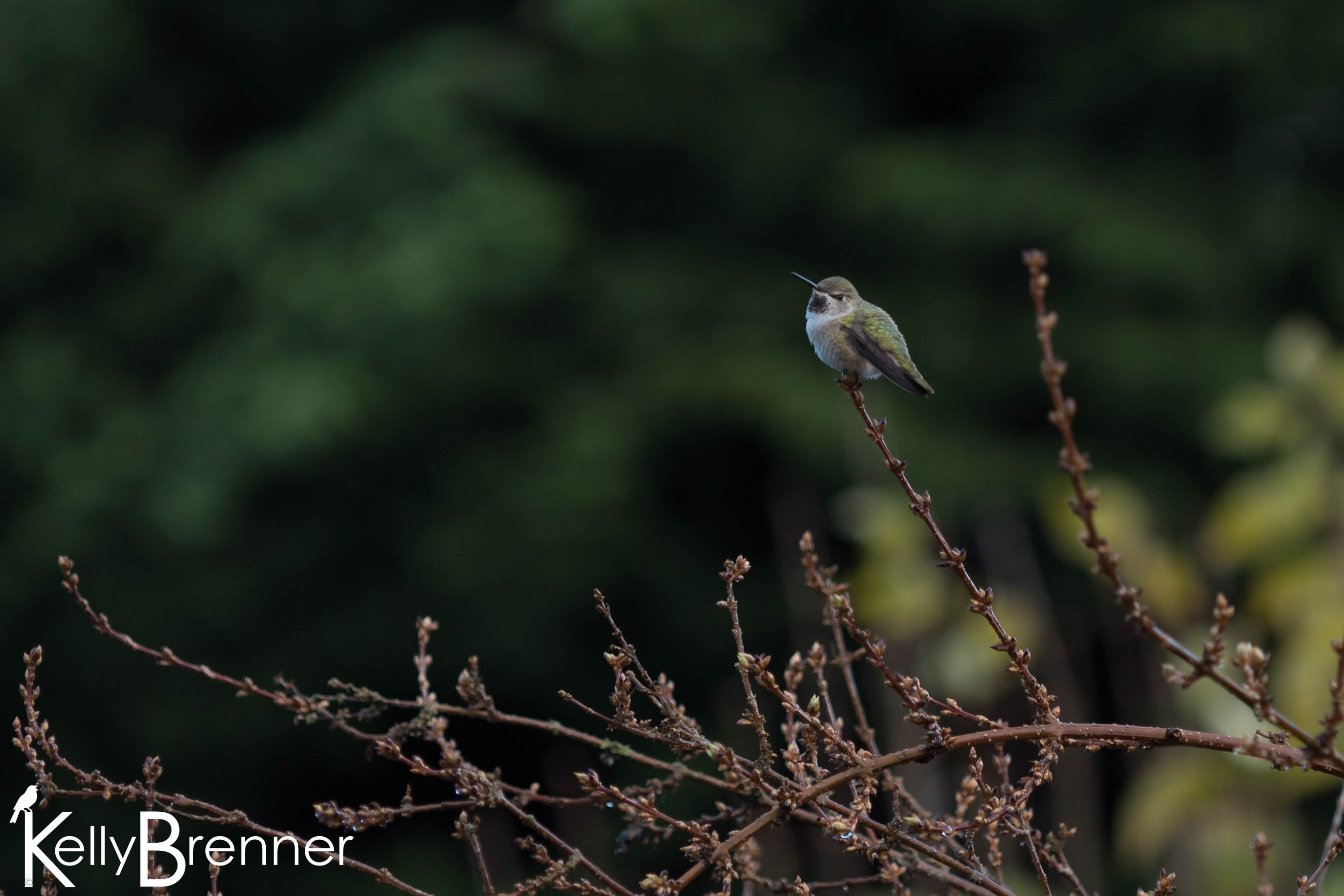 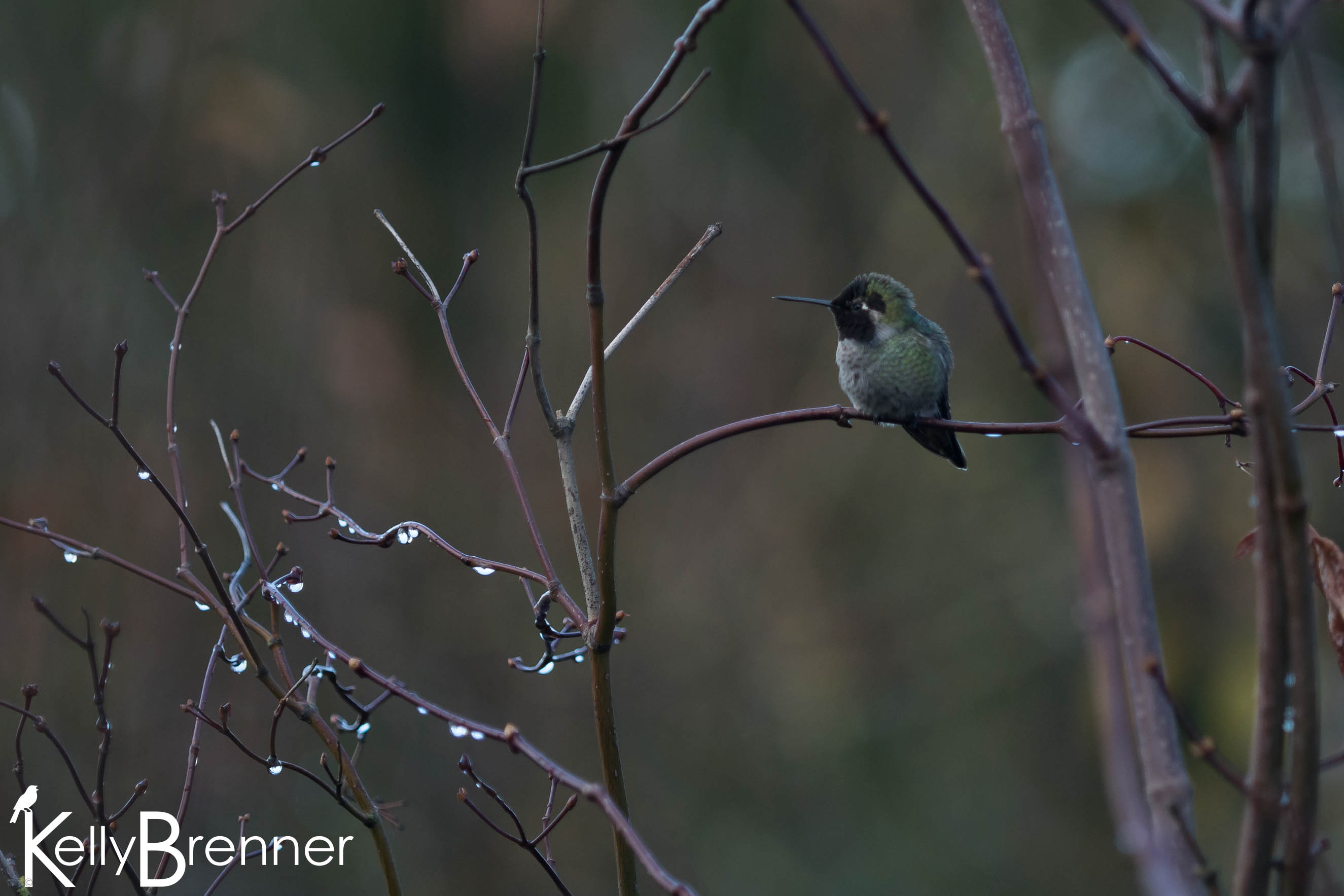 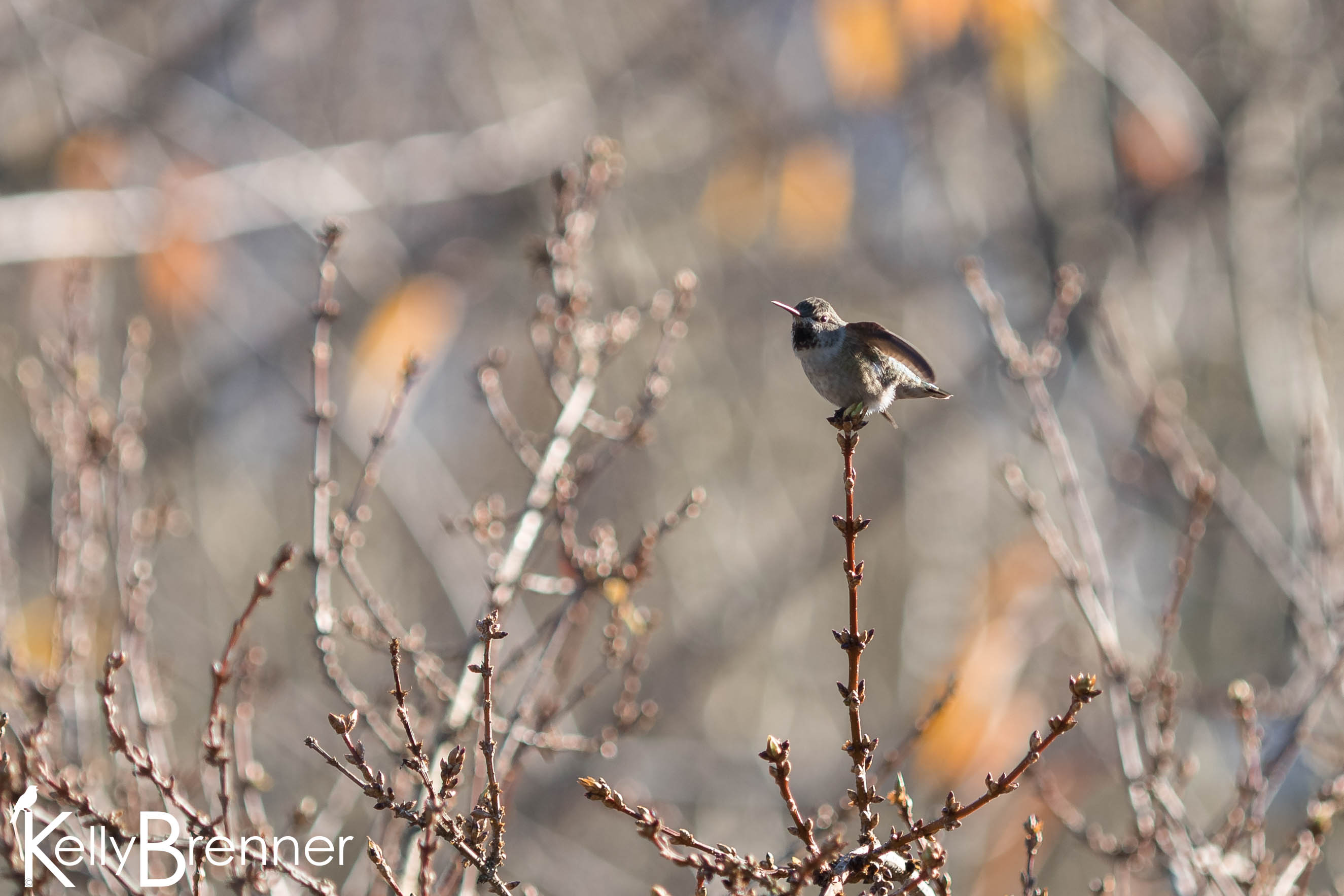 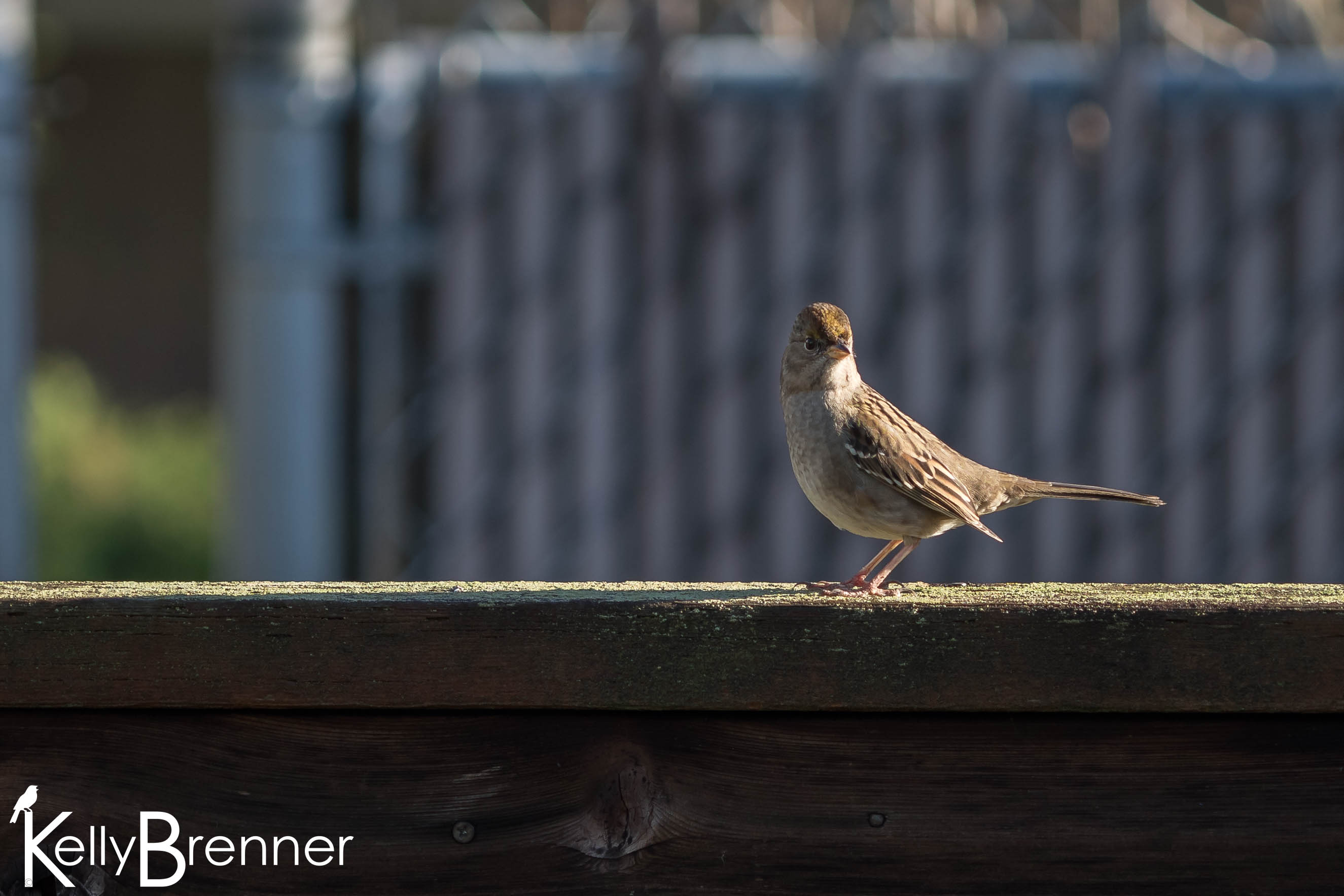 With the possibility of snow coming tonight, Seattle has turned it’s collective eye to the sky. This morning I saw reports of snow to the southeast of us and surveyed the sky. I was surprised to see clear, blue skies to the north and to the east and south dark clouds. But most interesting to me were the clouds directly east. I had to get my cloud selector wheel to figure out what they were because they had a bubble texture to the bottom of the clouds. I believe these were mamma clouds, which the selector describes as “cloud lobes clearly hanging downwards.” They were minimal, but quite interesting because I can’t recall seeing them here over the last year, despite my new-found cloud watching interest.

The blue skies soon took over and created a sunny morning which I took advantage of to see our yard birds more clearly. The Anna’s Hummingbirds continue to zip around our yard and peace and war roll through in regular waves. It’s hard to take photographs of them because they leap up in a split-second to chase after one another. The sparrows are likewise hard to capture with the camera because they keep to the undergrowth in the yard. The only times I can get a good shot is when something scares them up and they land on the fence.

One bird that is never hard to photograph is the crow. Last night I heard a big ruckus out front and found a dozen crows or more lined up on a power line with more in our maple tree. I wondered if a hawk was in the tree drawing the crows in, but I could find no predators around. We did have some raccoon excitement a couple of nights ago when one tried to take a neighbor’s chicken. But I didn’t see any raccoons either, and they don’t usually appear in our neighborhood until dusk. Why the crows were gathering with such noise, I don’t know. This is one reason crows are always so interesting, there is so much unexplainable about their behavior and still so much to learn. 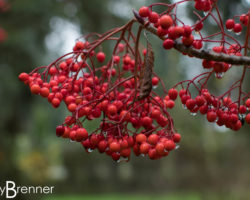 In 2016 I’m doing a 365 Nature project. Learn more about the project and see all the 365 Nature posts. Today is cold, the coldest it's been in a long time. Shortly before we left for school this morning it started 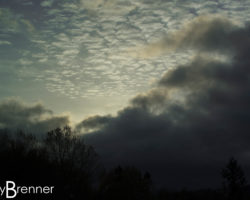 In 2016 I’m doing a 365 Nature project. Learn more about the project and see all the 365 Nature posts. Over the duration of this 365 Nature Project I've repeatedly written about and taken photos of clouds. I even joined the