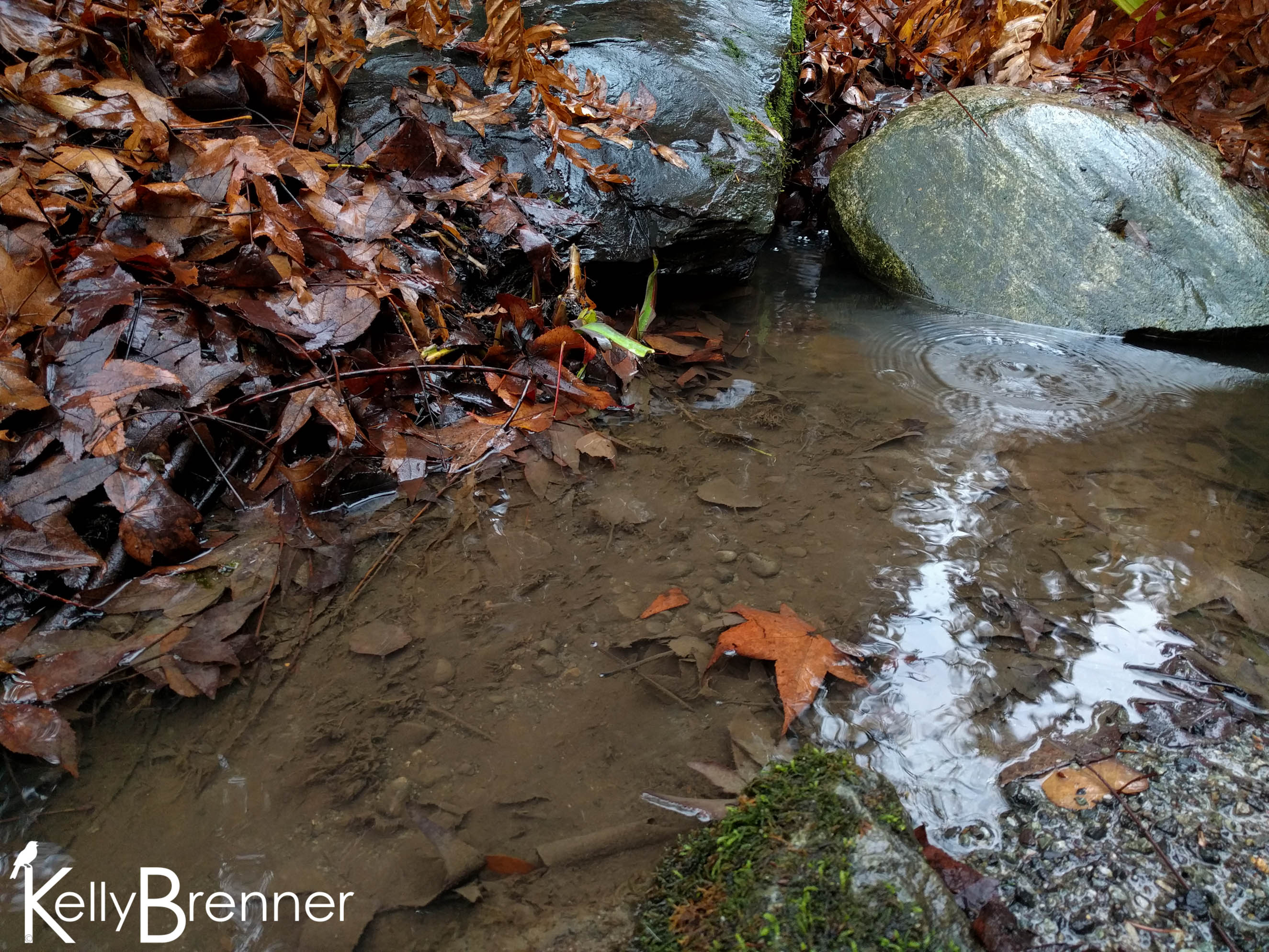 By Kelly BrennerDecember 2, 2016No Comments

There is one thing I really like to do at the arboretum after a rainy night – visit the creeks. There are three, but one is currently under construction being renovated and brought to the surface. The other two I visit regularly as they are bookends on my walks. The first is on the north end of the park and connects two ponds. In the spring it’s full of Skunk Cabbage and in the summer it’s shaded with a towering perennial. This time of the year the fallen leaves line the banks which are now free of the vegetation. It always has water trickling through because it flows from a pond.

The other creek is on the opposite end of the arboretum and is one of my favorite places in the entire park. It runs across the park, from the east side down a winding path, into an open mudflat, though a lawn and into the pond I visited so regularly during the summer to watch dragonflies. The upper section of the creek runs alongside the path and like the other creek, it’s lined with Skunk Cabbage during the spring. It also has ferns and Redwood Sorrel along the banks and a Dawn Redwood towers over the tiny creek, leaving the banks strewn with the brown needle-like leaves this time of the year. This creek often runs dry and most summer long it has no water. During the wetter months it has a steady trickle, but after a large rainstorm or a period of rainy days, it has more water running downhill. It has a series of micro waterfalls which make a welcome trickling sound, helping mask the ever-present leaf blowers, cars, airplanes and other noise.

As I returned to the start of my walk, I took a side trip to the ponds on the north end of the arboretum. I’ve been visited periodically waiting to find winter ducks, but hadn’t seen many yet. Today they were back. A row of a dozen Green-winged Teals stood on an invisible log under the water and  nearby a few Northern Shovelers foraged. I also spotted a few Wood Ducks, although they’ve been a steady presence there all year. Yesterday along Lake Washington I spotted the first goldeneyes of the season as well and watched a Bald Eagle diving at a raft of coots. Now that the winter birds are back, it really feels like winter has come. Especially with a threat of snow in the forecast.