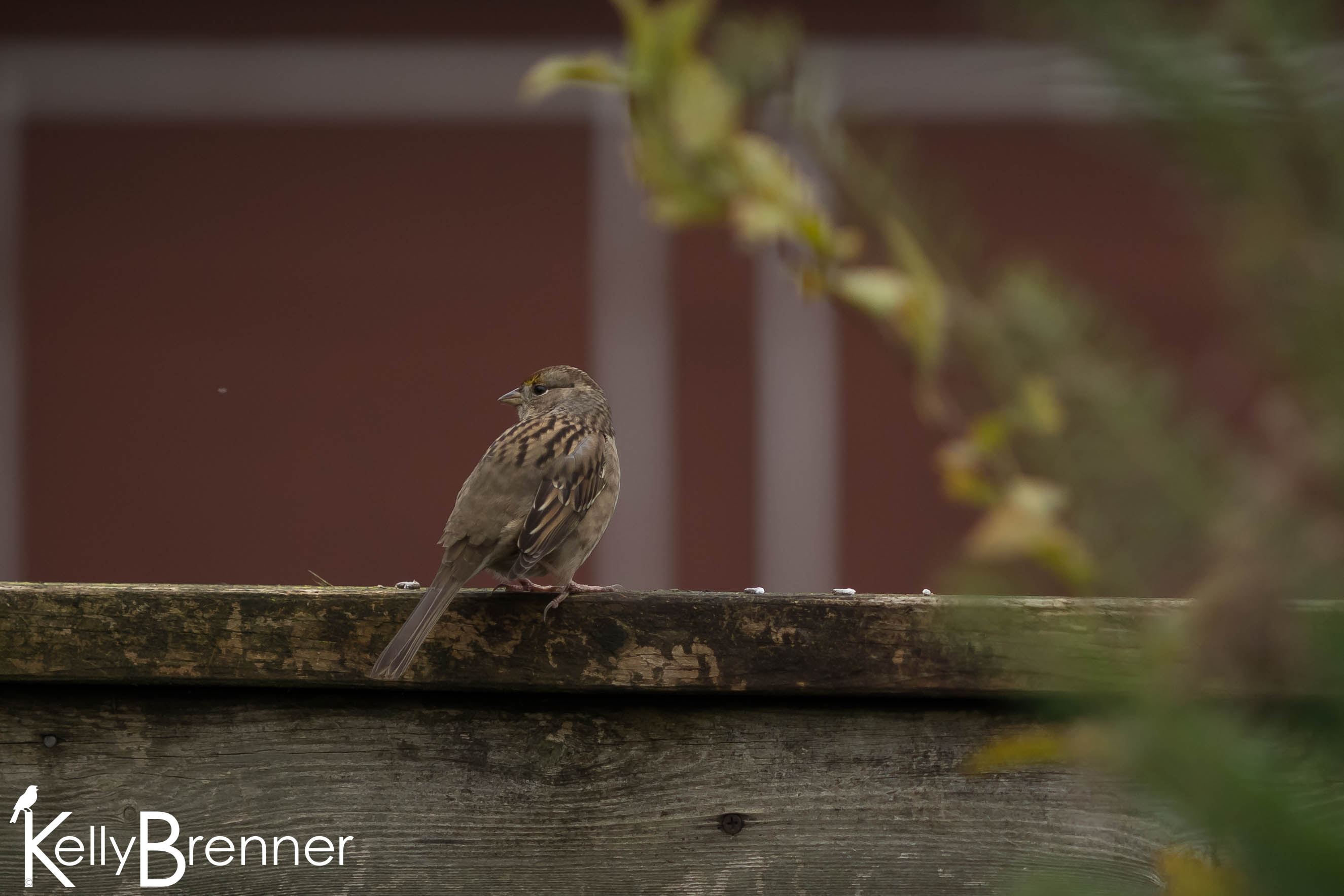 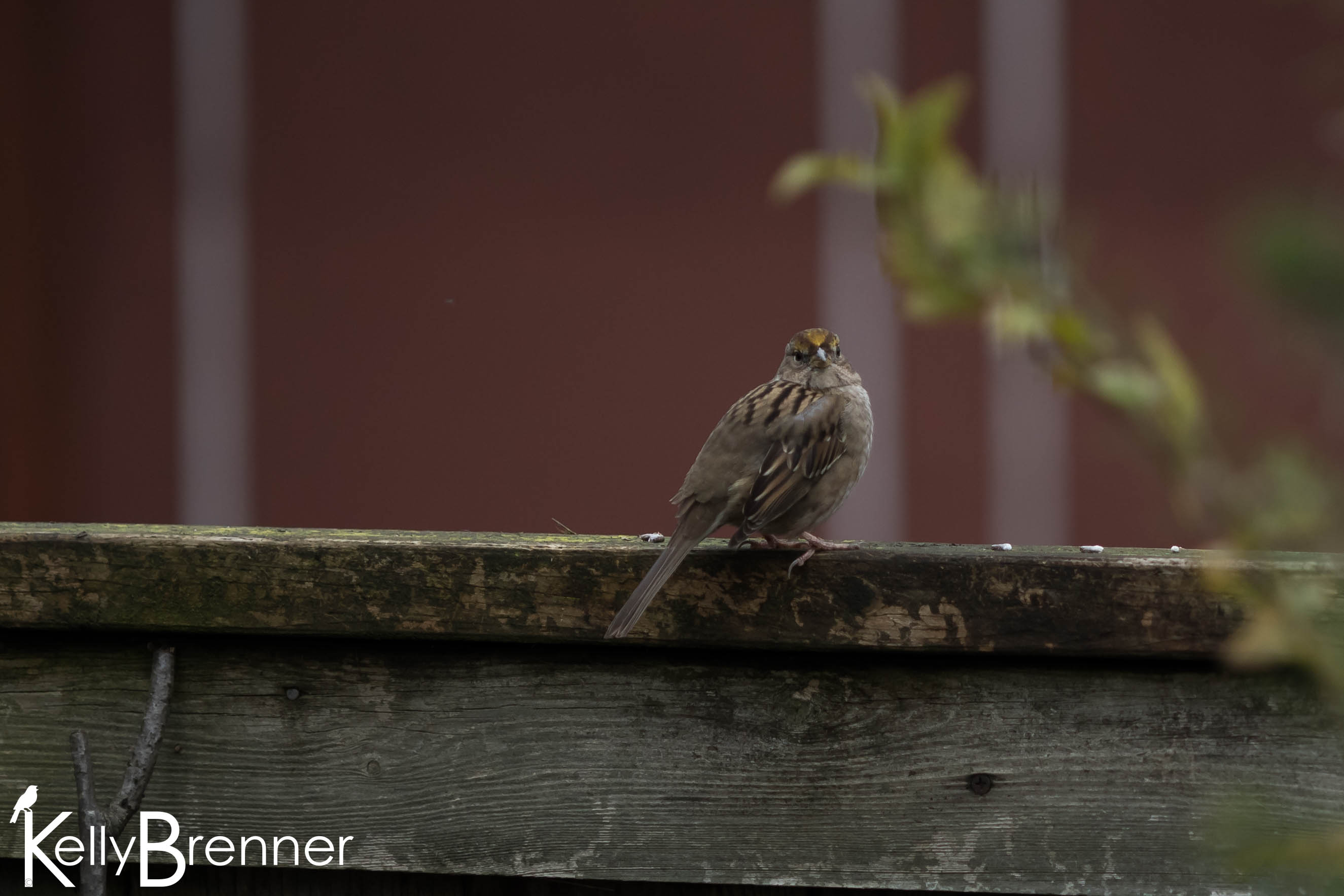 This morning started out rather sunny, but the clouds swiftly took over the sky turning Seattle into a stereotypical late autumn day.  The weather has been cooling and gray, so overcast it’s hard to tell what time of day it is without a watch. Next week is expected to cool even further allowing for a chance of snow in the lowlands, always an exciting prospect here in Seattle where snow is not overly common. The birds don’t seem to mind the weather and they’re always out foraging in our yard when I look outside. I frequently forget to fill the bird feeders, so many of those birds come and go and are not a constant presence.

The birds that are always here are sparrows. We have a few House Sparrows that visit, but they prefer the neighbor’s yard where there is a steady supply of chicken feed. We also see a few Song Sparrows, but the ones we get most this time of year are the Golden-Crowned and White-crowned Sparrows. They don’t depend on the feeders, although they will forage underneath the trees where the other birds knock seeds down on the ground. Where I see them most frequently is in the backyard where I’ve planted many native plants. They seem to like the aster and fireweed seeds and I constantly see them foraging around on the ground under the plants. When we let the dog out they often fly to the top of the fence where I can get a good look at them in their winter colors. Golden-crowned Sparrow are much less striking this time of year with fewer defining lines, but still retaining a yellow crown. The White-crowned Sparrows don’t change as much, but we see immature birds, which are tricky to distinguish from the immature Golden-crowned Sparrows.

In 2016 I’m doing a 365 Nature project. Learn more about the project and see all the 365 Nature posts. There is one thing I really like to do at the arboretum after a rainy night - visit the creeks. There 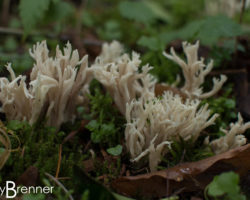 In 2016 I’m doing a 365 Nature project. Learn more about the project and see all the 365 Nature posts. It's autumn and I've given up trying to avoid fungi. They're simply everywhere, and so interesting that I just can't walk by