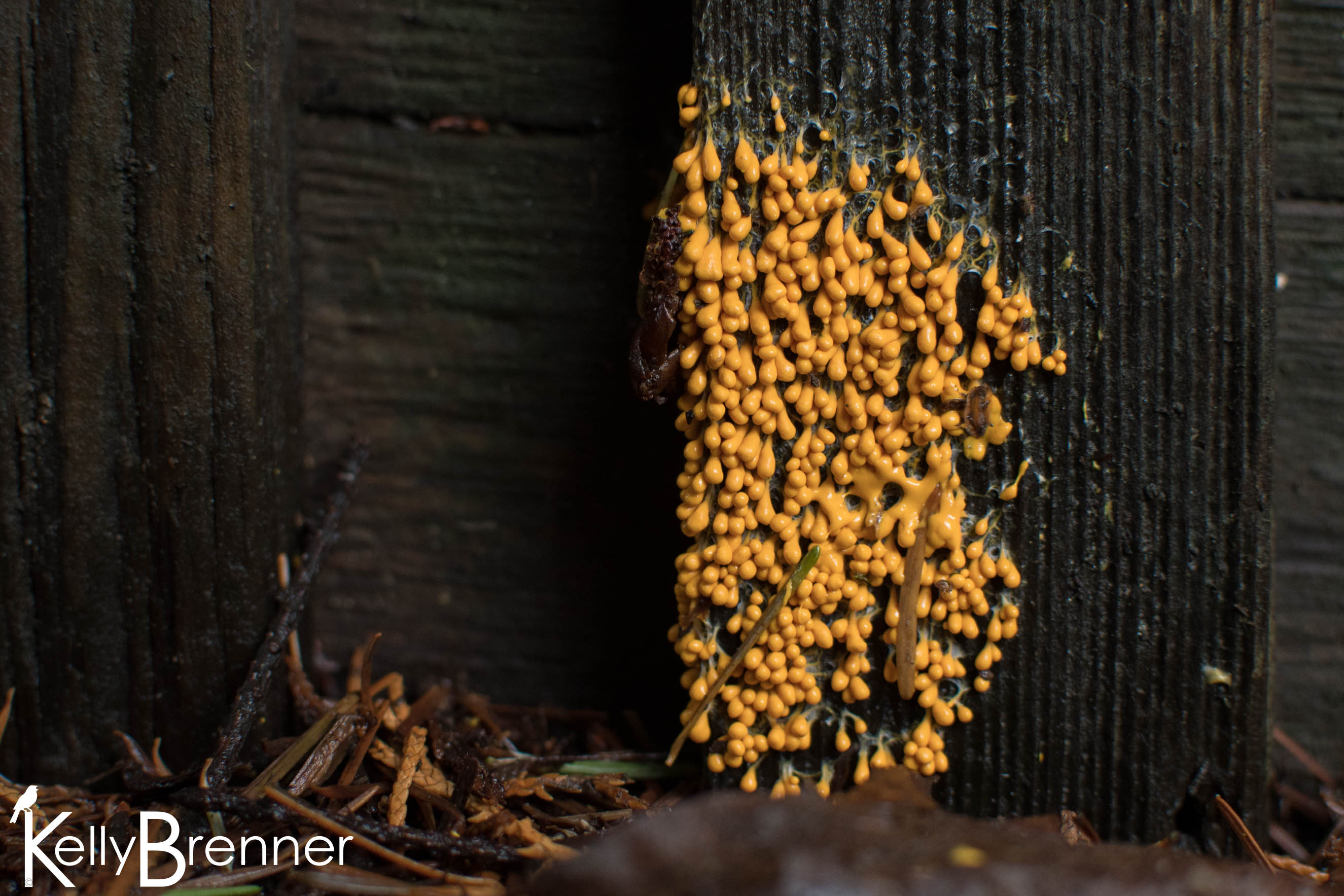 After a little more than a week away, I was back in the arboretum for my walk. Things have changed little, the trees are a little more bare and the weather is a little cooler. But looking closer there are always signs of change. There are fewer freshly emerged mushrooms now and the fungi I did find were mostly in stages of decomposition. They all looked like they were melting slowly. I did find a few new mushrooms, one patch I spotted from the road as I dropped my daughter off at her forest preschool. I walked back to look at it and from a distance they looked like huge marshmallows. When I got closer, I changed my mind because the texture and cracks in the cap looked more like fresh-baked rolls.

As I looked at the mushrooms I heard an explosion of crows behind me and I turned and realized it was the same group of trees from Day 320 where the crows led me to a Barred Owl. Today I followed the siren call and discovered, yet again, a Barred Owl in the trees. The crows almost immediately left, flying to a nearby field to forage under fallen leaves. The owl turned its attention to me and stared down at me with its dark eyes and feathers fluffed into a scarf. Once in awhile a crow or bird would attract the owl’s attention before it returned its gaze to me. I watched it several times open its mouth wide and turn its head upwards.

I left the owl and walked only a short distance before I found some slime mold. One large patch was growing on a fence post with orange teardrops dripping down the wood like melted cheese. A couple of feet away, bright yellow slime mold covered branches, leaves and cones, tendrils running between points. I found four separate patches of slime mold, all within a five foot space. Usually when I find slime molds they’re only in a single patch and I don’t find more nearby. This time was unique and I’m sure it’s not a coincidence there were so many close together. I suspect there was a great deal under the leaves and soil that I couldn’t see, connecting it all together.