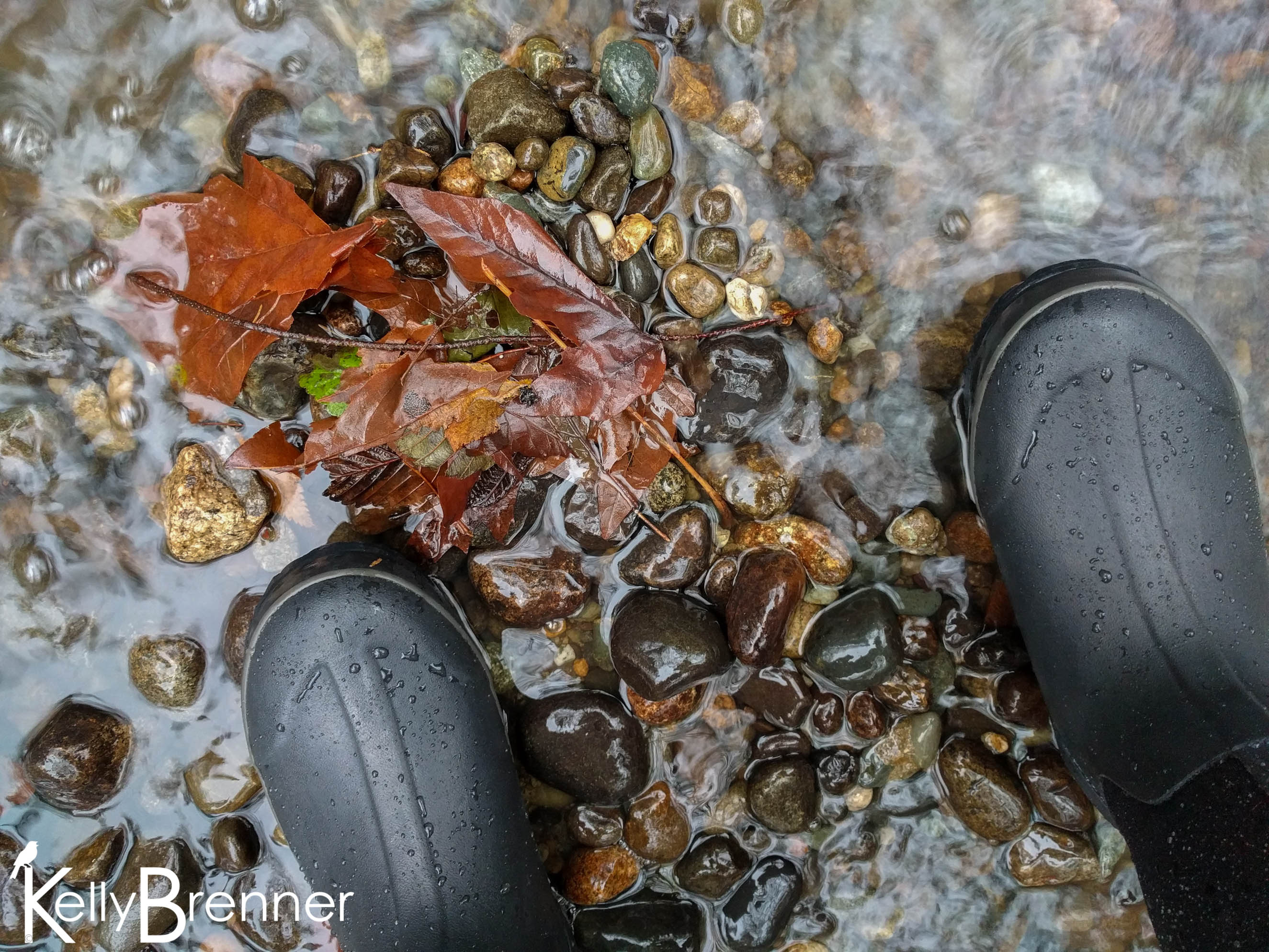 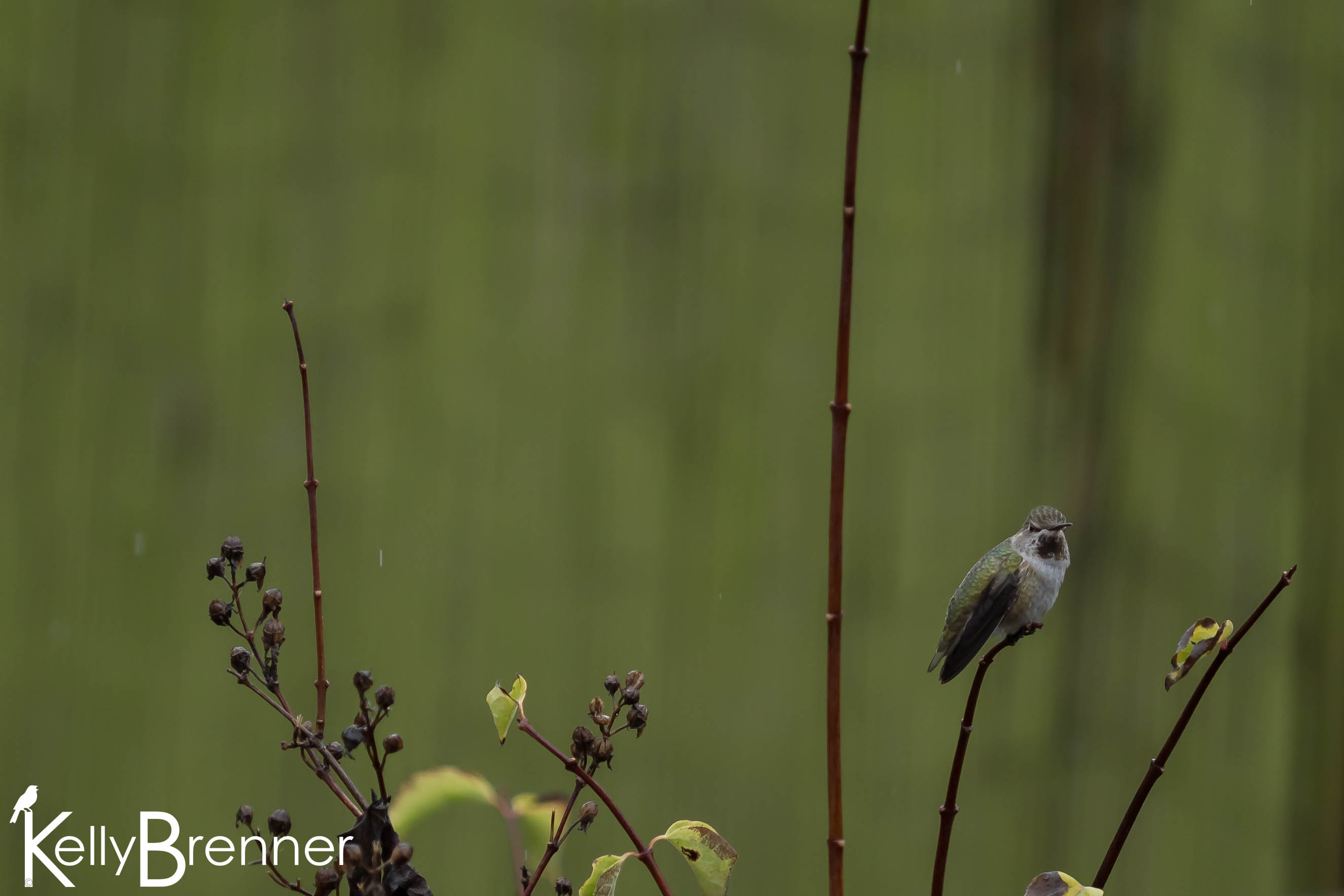 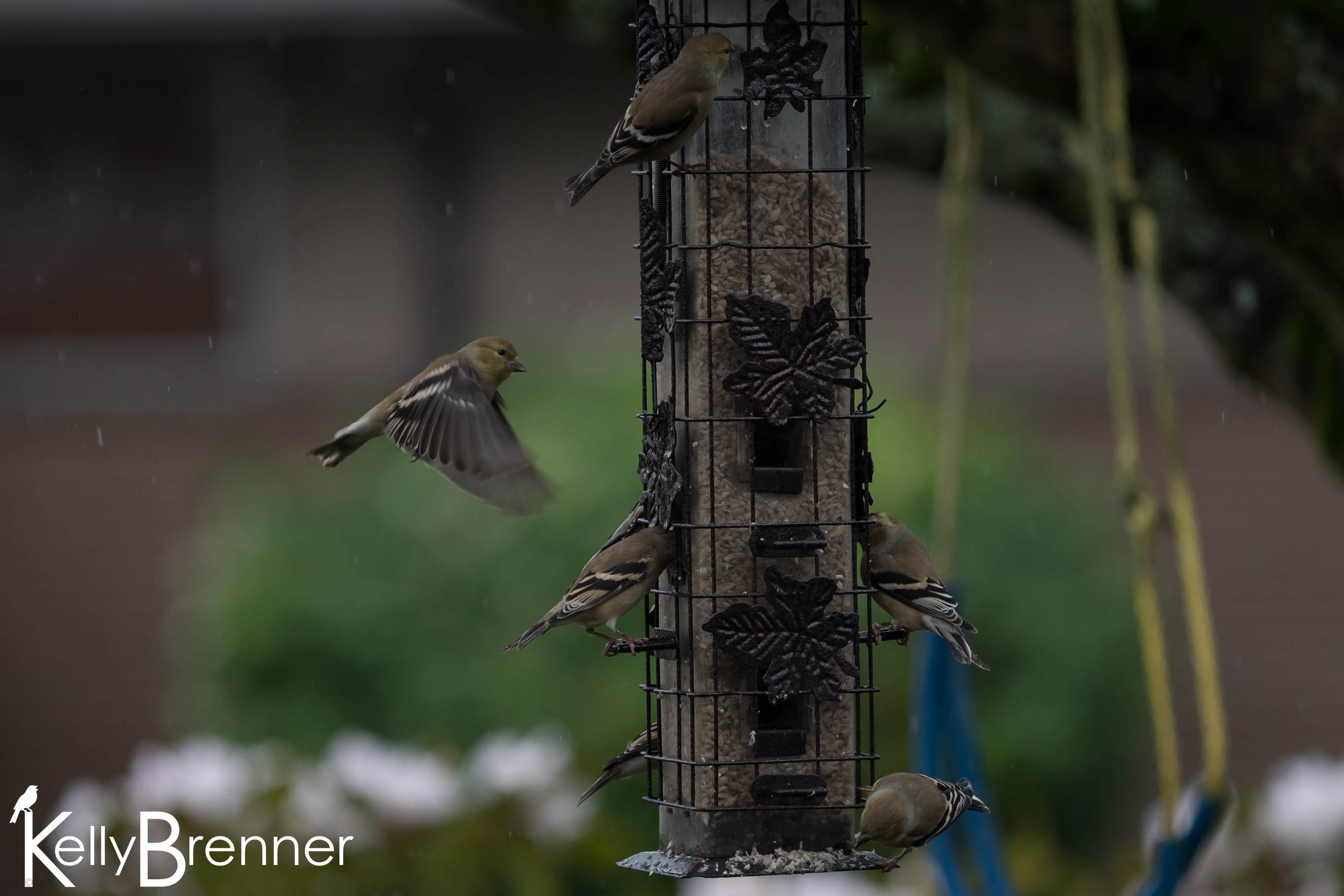 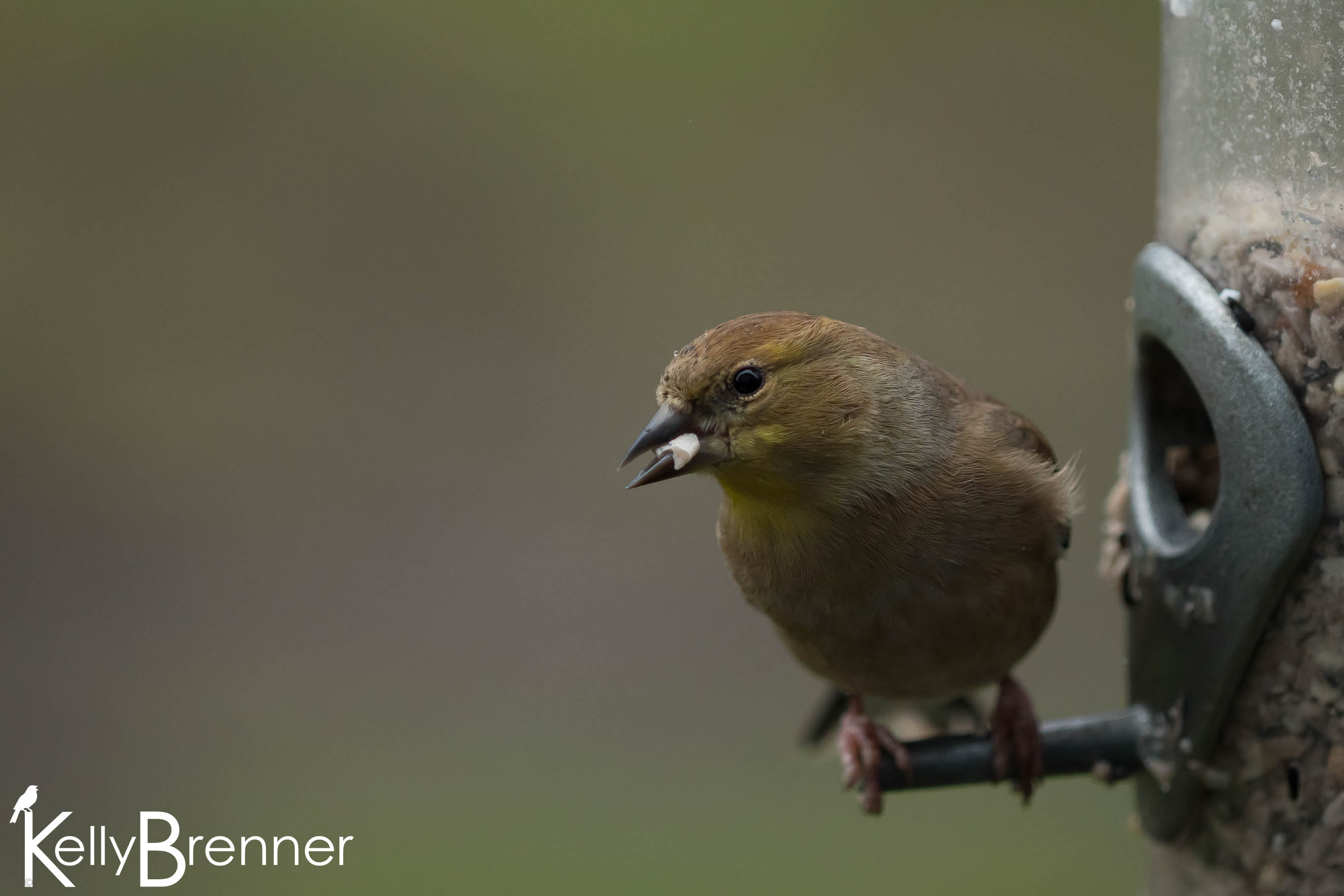 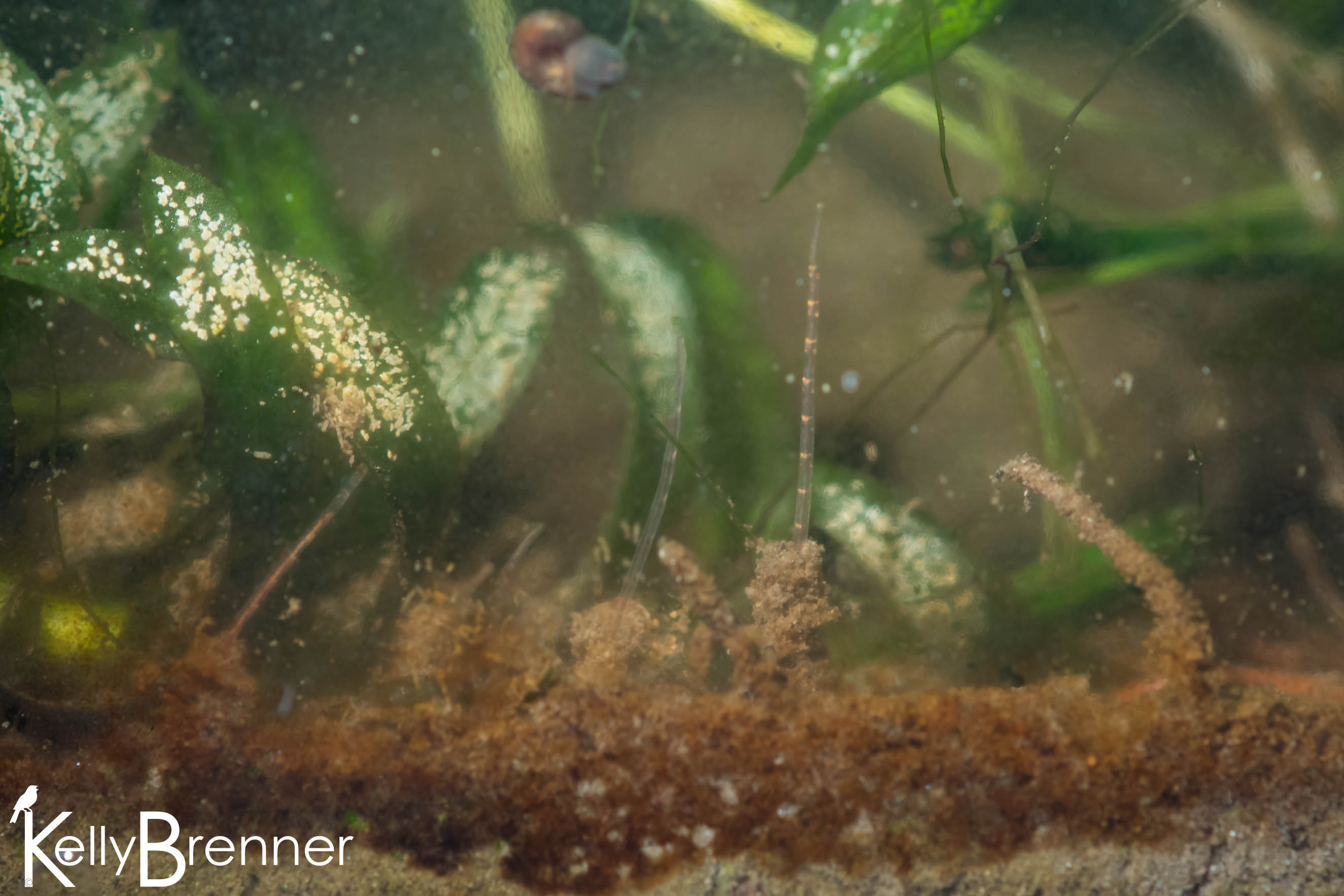 This morning as we started our Thanksgiving cooking, I took a break to watch the bird in our yard. I’ve recently put the hummingbird feeders back outside after having them down all summer. There is one feeder in the front, which typically sees a male Anna’s Hummingbird, while in the backyard, a female Anna’s Hummingbird regularly visits. Occasionally I see a female out front, or a male out back, but for the most part they seem to stick to their own feeders. This morning I watched the female visiting the backyard feeder on our window and then I observed her sitting in our plants. Her favorite perch seems to be the Mock Orange branches where she rests between feeds.

In the front yard the feeders were full of American Goldfinches and they were joined by a few House Finches, Black-capped Chickadees and House Sparrows. The gray squirrels, three of them, have taken up residence in our front yard this morning as well, foraging on the ground. White-crowned Sparrows and Dark-eyed Juncos also are foraging on the ground when the squirrels leave them alone. At one point, there were nine crows also taking advantage of the fallen seeds and a Steller’s Jay checked in looking for peanuts.

I also spent some time watching my wetland in a bottle, a nature aquarium. It’s been very dark and hard to watch the animals inside, so I use the flashlight on my phone to light up the water. There are a few damselfly larvae in each container which are always interesting to watch. I have yet to observe them catching prey, but I hope I will get lucky one day. A week ago I spotted the dragonfly larva which is in the larger jar. It used to be easy to find because when I turned the lazy Susan, it always retreated hastily allowing me a glimpse of it moving. It must have adapted to the movement though because I hadn’t seen it in a long time. Then as I spun the container around last week, I came eye-to-eye with the dragonfly larva as it peeked out from between aquatic plant leaves.

Today as I turned the flashlight on, I immediately noticed worms waving in the water. I got out my hand loupe and found a cluster of a half dozen worms or so, some with their ends directly in the rocks and soil, others appeared to be sticking out of tubes. The tube worms reminded me of the marine counterparts, but lacking the feathery appendages. They mostly stayed still, retreating quickly if I touched the container. The other worms however waved back and forth rhythmically as though they were dancing.

As I watched the worms, I received a text message from our neighbors. They were all going for a walk in Dead Horse Canyon and we were invited. I looked outside and saw pouring rain and naturally, we all went. We walked up the canyon in the rain, stopping to splash around in the creek before heading home. All of us wet. This is the way of the Pacific Northwest. 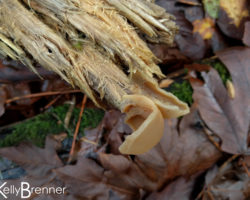 In 2016 I’m doing a 365 Nature project. Learn more about the project and see all the 365 Nature posts. On our last weekday off of this holiday break we met some friends from my daughter's preschool to play and go 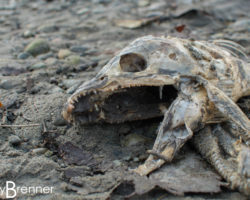 In 2016 I’m doing a 365 Nature project. Learn more about the project and see all the 365 Nature posts. This morning we met a friend from my daughter's forest preschool at Carkeek Park in northwest Seattle. This time of year,