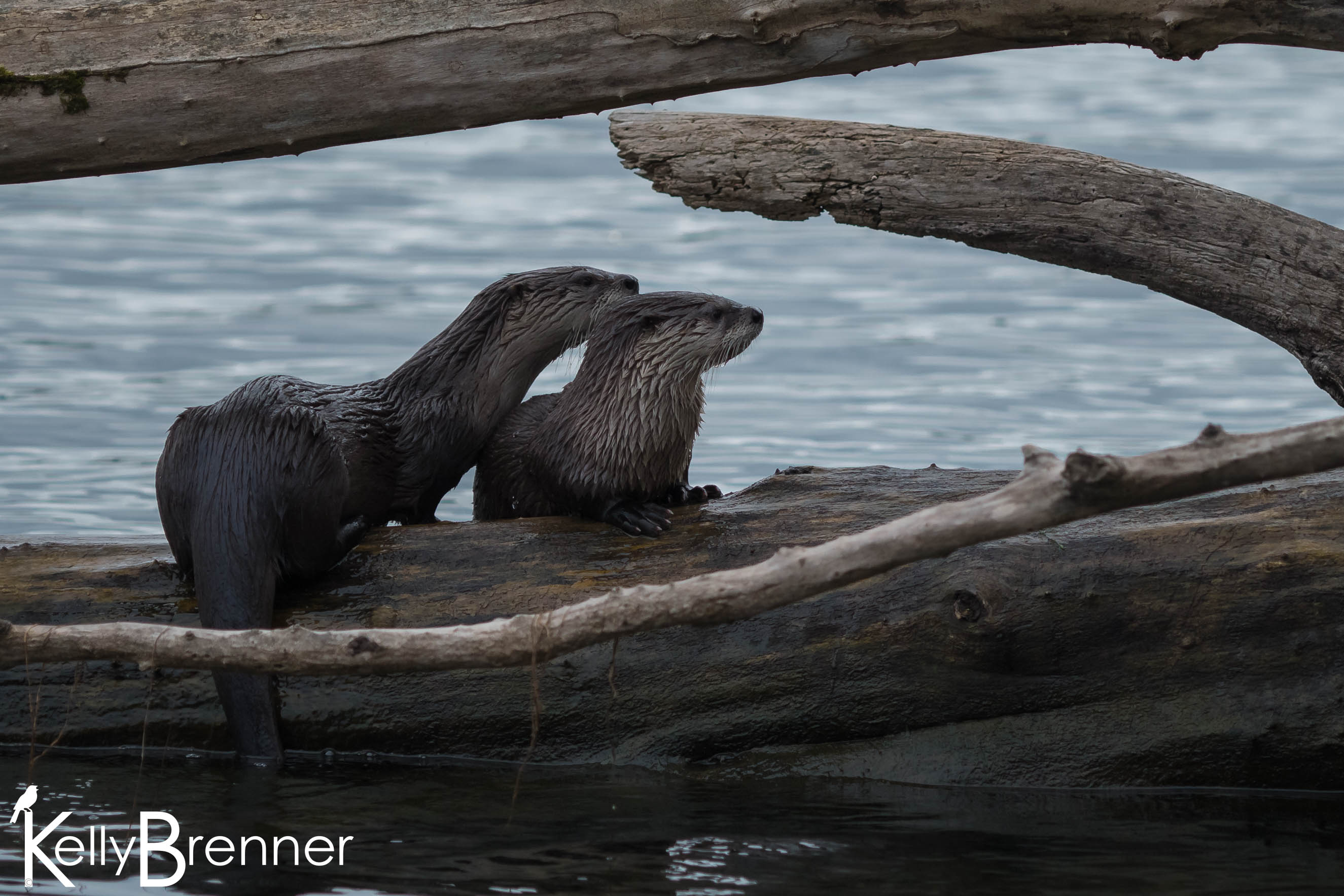 We have no school this week and since it wasn’t raining this morning I decided we’d take advantage in the break to visit somewhere new. I’ve heard a lot about a particular park on Mercer Island, just across the I-90 bridge, but never visited. Luther Burbank Park is on the north end of Mercer Island overlooking Bellevue on the east side of Lake Washington. The park has a playground, tennis courts, off-leash dog park and beaches. It also has wetlands, which is what drew me to visit. I hoped to see some winter ducks in the lake or in the wetland ponds because I’ve been seeing mergansers, buffleheads and grebes along Lake Washington during our commutes to school.

We walked straight down to the water and looked out to see pretty much nothing at all. The few crows flying between trees were nearly all the birds I could see on this dark day. We took a trail leading along the edge of the water, but a dense planting of vegetation blocked most of the view. However, a couple of small beach access points were available to look out. As we approached the second beach access I kept hearing a strange chirping sound coming from the water side. It didn’t sound like any bird I could identify though and as I stepped onto the beach, I was amazed to see an otter in the water near a log, staring right at me. Very excitedly, I pointed it out to my daughter and took a quick photo with my 35mm lens. Then, motion in the water made me look the other way where I saw two more otters swimming in the water in front of us.

I quickly switched lenses to my 200mm and starting taking photos. One of the otters had a fish and they all hauled out onto a log in the water to eat. After a short time all three dove back into the water and dove down a few times before emerging again with another fish. This time all three climbed out of the water and onto the log and stayed. After they finished the fish, they took turns rubbing against each other, scratching and cleaning their fur. I suspect it was a mother and two large pups.

On the other beach a man with an off-leash dog kept their attention and I was able to snap away without much concern from the otter family. Later, another man with two off-leash dogs visited the beach we were on and they still looked unworried by the attention. After watching them for over half an hour, they all slipped back into the water and swam away from us. I’ve never been so lucky with otters before and have only seen one at a time. This was quite a treat, especially after the tantalizing glimpse I got on Day 323.