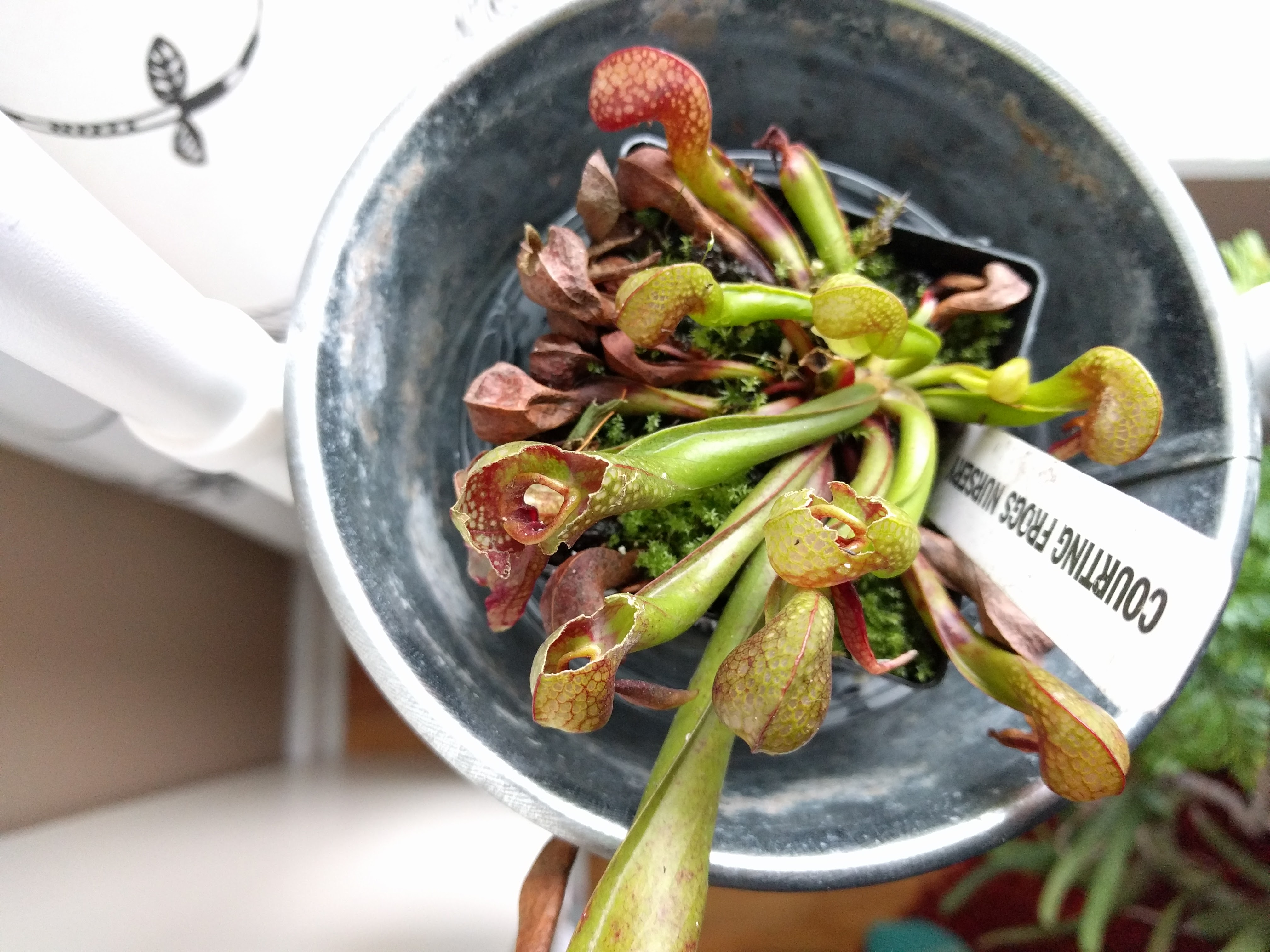 Over the summer I purchased four carnivorous plants and placed them in a container of water on our back deck steps. My daughter and I enjoyed looking at them regularly to see what insects they had caught. We saw many flies inside the pitcher plants and tiny bugs stuck on the sundew plants. The cobra lily was harder to observe because the openings are on the underside of the plant so we never saw what it was catching.

About a month ago I brought two of them inside for the winter, but left the two native plants outside, anticipating bringing them in when we hit freezing weather. This week I was outraged to find something had attacked the cobra lily. Holes had been chewed on the tops of each stalk and some had been chewed off the plant entirely. I highly suspect the rats which have been so problematic this year. It’s impressive one, that they were able to hang from the edge of a deep container to chew the plants. And two, that they figured out there was a food source inside of the plants. I can’t imagine what other animal may have done it other than rats. While it’s impressive, it’s infuriating at the same time. This year rats also dug holes under my freshly transplanted native plants, disturbing the sensitive roots. I also found they had chewed off all the lowest branches of one of my young Vine Maple trees. We also had to put two of our picnic table chairs in the garage because the rats had been chewing the crossbar on the bottom of the chairs. Not to mention the rat poo I find everywhere. That is one urban animal I could do without.

Maybe I should try and find one of the rat-eating carnivorous plants discovered int he Philippines to put in my backyard. It seems only fair. 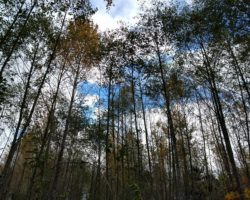 In 2016 I’m doing a 365 Nature project. Learn more about the project and see all the 365 Nature posts. There is no school this week and since this morning was dry, if cool, we took at walk to the wetlands 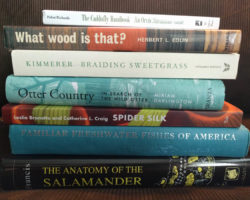 In 2016 I’m doing a 365 Nature project. Learn more about the project and see all the 365 Nature posts. It seems I can't go anywhere near a bookstore without stopping in and if it's a used bookstore, all the better.