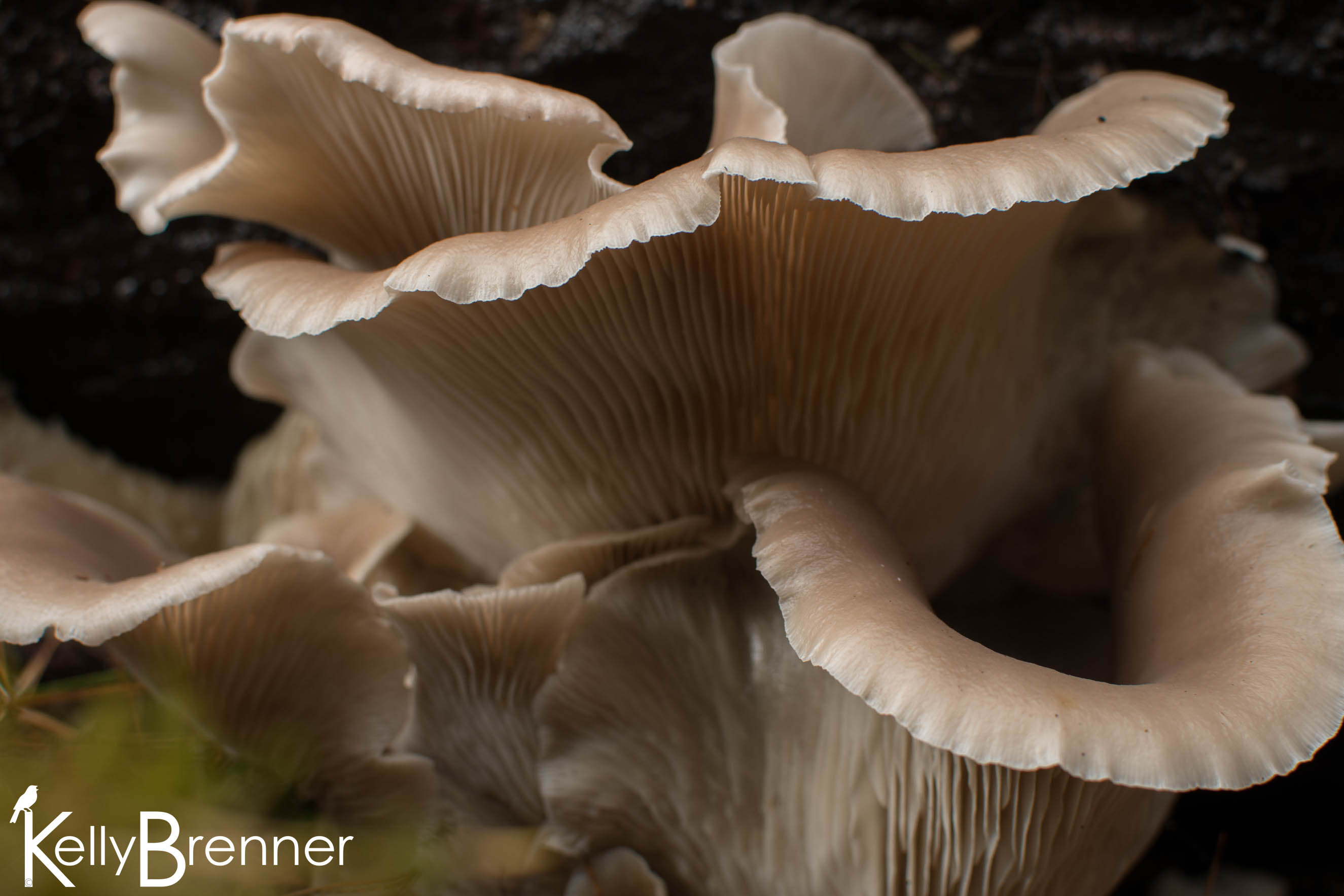 Over the last month I’ve been very focused on fungi, and at times it seems inevitable. Because I’ve noticed so many mushrooms, my eyes have become fungi radars and I can’t seem to not notice them. If they’re different, or particularly nice specimens, I have to stop and take a photos. This results in a disproportionate amount of fungi photos each day I go for walks.

Today was no exception. I immediately noticed three clusters of small brown mushrooms, which led me to discovering a rat skeleton next to them. It had been there awhile and many of the bones had been dispersed by mysterious means. But the skull was still there with the tail, which had surprisingly not rotted like the rest of the body. A very short distance along I made another fungi discovery, this one as large as the others were small. They were growing out the end of a log and were large and whitish-brown. A small reddish fly walked along the top surface and this is something I’ve noticed with many mushrooms this autumn, a constant presence of flies on them.

Later I noticed on another log common orange specks of slime mold, but with it was a larger, very pink ball which may also be a slime mold. On the underside of the log were three more, but they were harder and darker and shined like pearls.

Around the arboretum small branches were scattered on the ground, the result of a windy weekend. I picked many up to examine the mosses and lichens and on some I found tiny springtails walking along the branch.

A particular storm drain caught my eye because it had lichens growing on the vertical edges of the grate. As I took photos of the lichen, I noticed a small, red insect which looked like a wasp, walking along the drain.

Near the end of my walk I encountered a couple of large flocks of birds with Bushtits, kinglets and others swirling around me. I also spotted a pair of Varied Thrush in the same area. At one Pacific Madrone tree, I spotted a couple dozen robins feeding at the top where berries were still plentiful. As I watched, a large bird came in and I identified it as a Band-tailed Pigeon. This was exciting because twice I’ve found their feathers in the arboretum, but until today, I had never seen one there. On Day 315 while I was watching the Barred Owl, I thought I may have seen a group of three pigeons fly away from the same madrone tree, but they were gone so fast I couldn’t tell for sure. Now that I’ve seen them in the same place, I greatly suspect that is indeed what I saw last week.