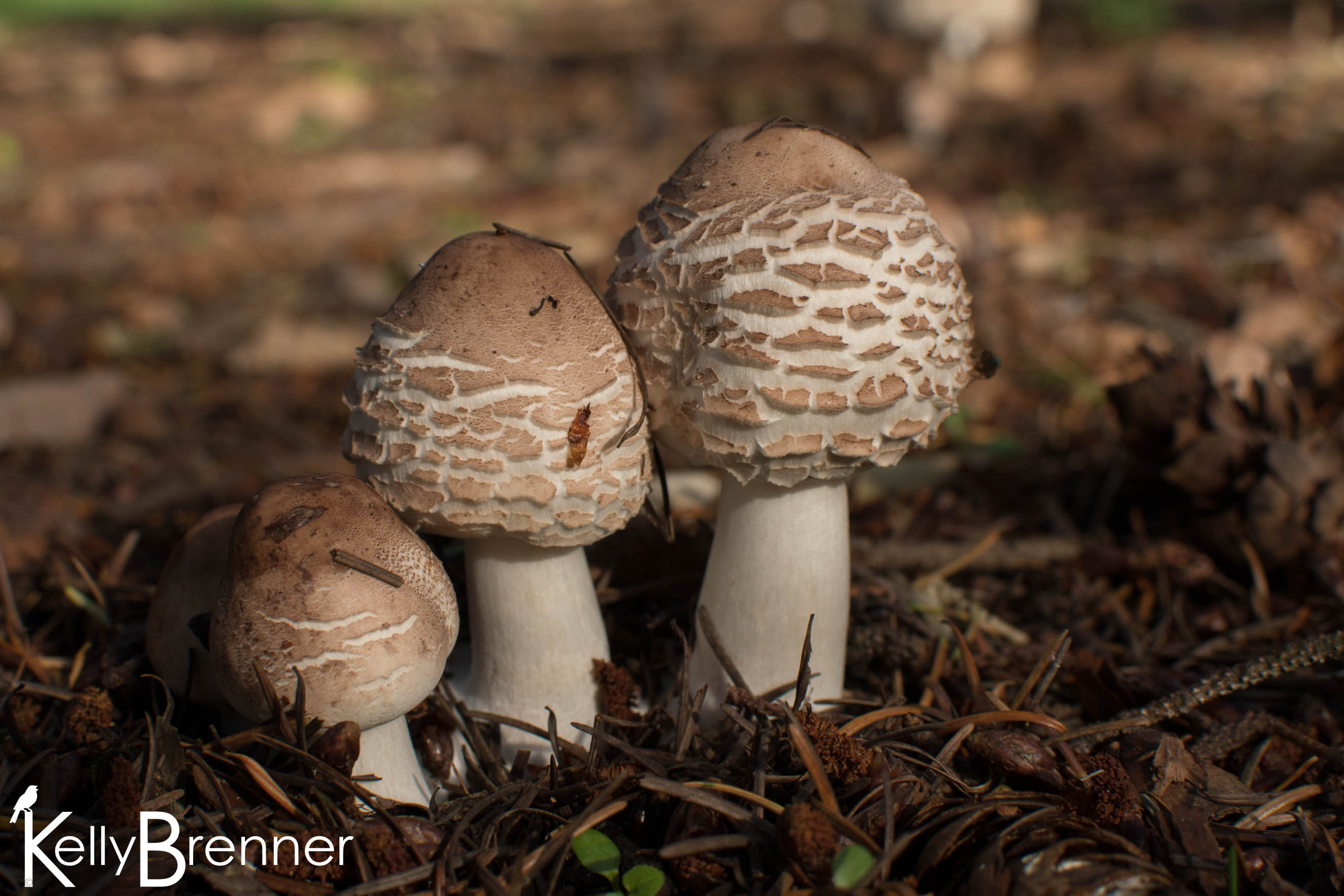 Today I walked through the arboretum and very quickly was stopped by a flock of frantic songbirds. Chickadees, kinglets and wrens were high in the trees bouncing around like ping-pong balls. It was easy to see why, a Barred Owl sat dozing on a branch of one of the trees, completely ignoring their protests. It barely moved its head and I never even saw it open its eyes. I believed it was the female because I think the male roosts further south in the arboretum. This was the area I had spotted one of the owls last autumn, so perhaps this is the regular winter roost of one of them. I decided to find out if it was half of the resident pair or if the individual I see regularly at the other roost had wandered north today.

I made my way to the southern roost and found it empty. No owl was around as far as I could see so instead, I took stock of the smaller things. Some mushrooms growing along a log, a bright green lichen growing amongst moss on a tree. At the southern end of the arboretum I turned and started walking back north, but on the eastern side of the park this time. I found some great mushrooms growing under an evergreen tree and took many photos and then I set off to find the orange coral fungi I’d seen on Day 313.

As I looked at the coral fungi, crows erupted into a frenzy behind me and I stopped to go see what they were upset about. I looked in the tree and found four crows and a couple of Anna’s Hummingbirds jumping and hovering around the branches. I moved around, under the tree, to the right and left, but it wasn’t until I stepped back and stood still when I finally found it. A Barred Owl sat in the scrawny tree against the trunk. Unlike the first owl, this one was not calm and I could see from its movement, it would move soon. After a minute it did fly, right over me and into a stand of trees behind me. I followed and watched two crows continue their pursuit of the owl. My daughter’s classroom was very close and I thought about telling them about the owl, but I wanted to make sure it wasn’t going to fly again first. It calmed down and the crows became less persistent so I took a chance and went and told the teachers. The class was getting ready for a walk and I was happy to show them the owl. By that time the crows had given up entirely, leaving the owl in peace. It was hard to see, but luckily for the kids, the owl shifted on the perch and started preening. If it hadn’t moved at all, the kids may never have been able to find it because it blended in so perfectly in the tree. I think many still had a hard time spotting it.

This was likely the partner of the first owl I saw, but since I had been walking, there was a slim chance it could have been the same owl. It could have been chased to this unusual perch by crows. So I walked back to the first owl and was happy to find it still there. Now I can say with certainty that I saw both owls today, an unusual occurrence.