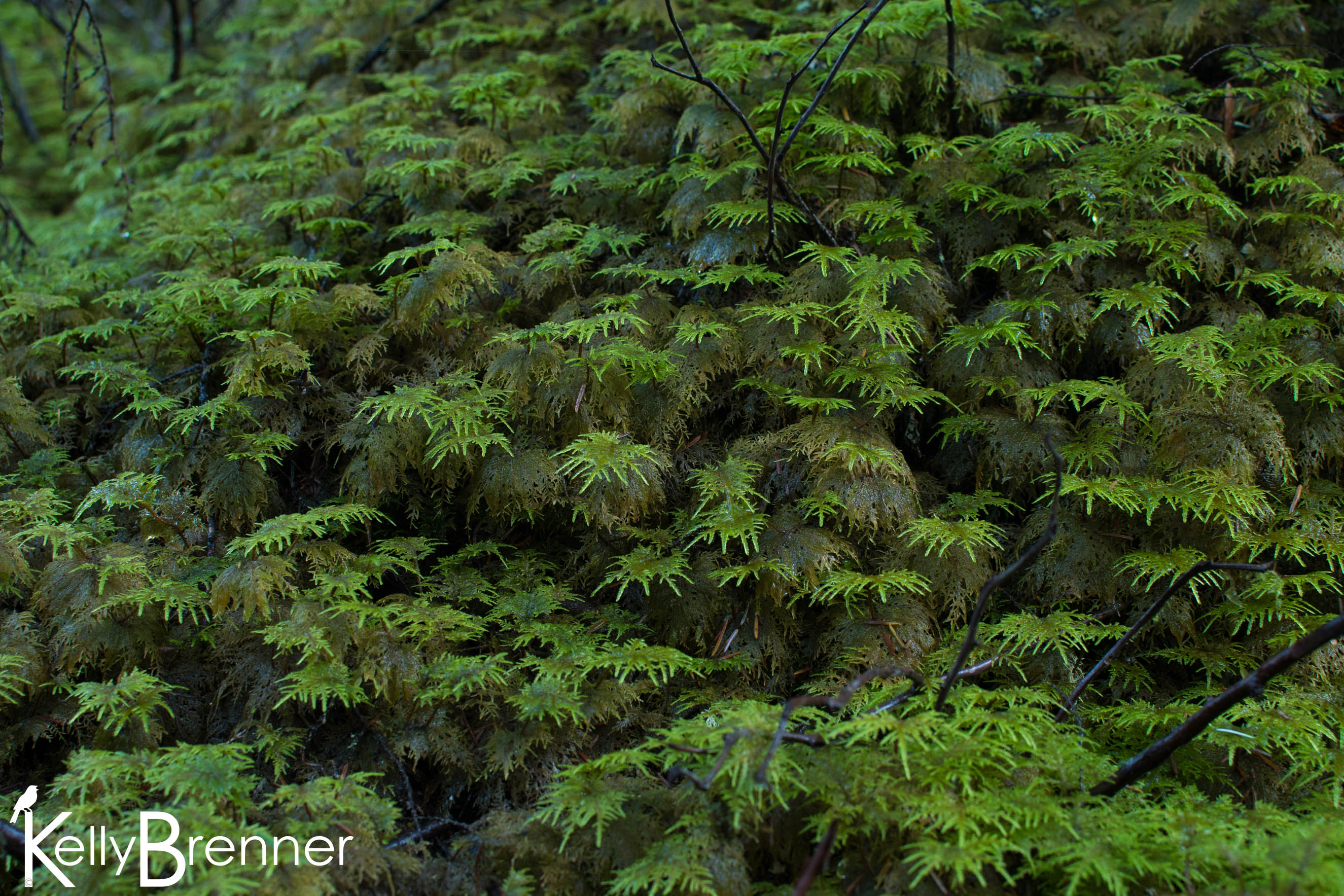 Twice during the night I was awoken by pounding rain. The first time it clinked against the glass of the skylight and must have included hail. The second time was a torrential downpour, but by the time I got up in the morning, the rain had all passed. Though cloudy, there were already breaks in the clouds and it looked like the sun would persist later on. I made up my mind to visit somewhere I’d been wanting to go, but had been waiting for a dry day. I’d heard about the Shadow Habitat, a nature preserve southeast of Seattle containing a rare peat bog. There are precious few bogs left in King County and it’s a special treat when one is protected and taken care of. This one wasn’t always taken care of though and tons of garbage had to be removed before restoration efforts commenced. Today though, it’s a peaceful short stroll along a boardwalk into the bog.

The first half of the trail is a common walk through a northwest forest, with down wood hosting a wide variety of fungi this time of the year. As I got deeper in I heard a raven call, then a Pacific Wren and later, a frog croaking and a Douglas Squirrel scolding. Arriving finally at the bog made me stop in my tracks and examine the unique landscape before me. Rolling hummock mounds stretched along, under hemlock trees on both sides of the boardwalk. The view of the sphagnum mosses was overwhelming because it was a tapestry of many textures, punctuated by mushrooms of all sizes and colors. The recent rain water clung to the different mosses and mushroom caps held little pools of water. There was little standing water exposed, a few areas at the base of trees, but otherwise it was hidden. The mosses were beautiful, lush and green. When I knelt down to look closer, it was like being in a tropical rain forest, only in miniature. Tiny flies were stuck to the mushrooms and small invertebrates crawled around the forest.

I’m very glad there is still a bog habitat left in King County and that it’s open to the public to see this special place.