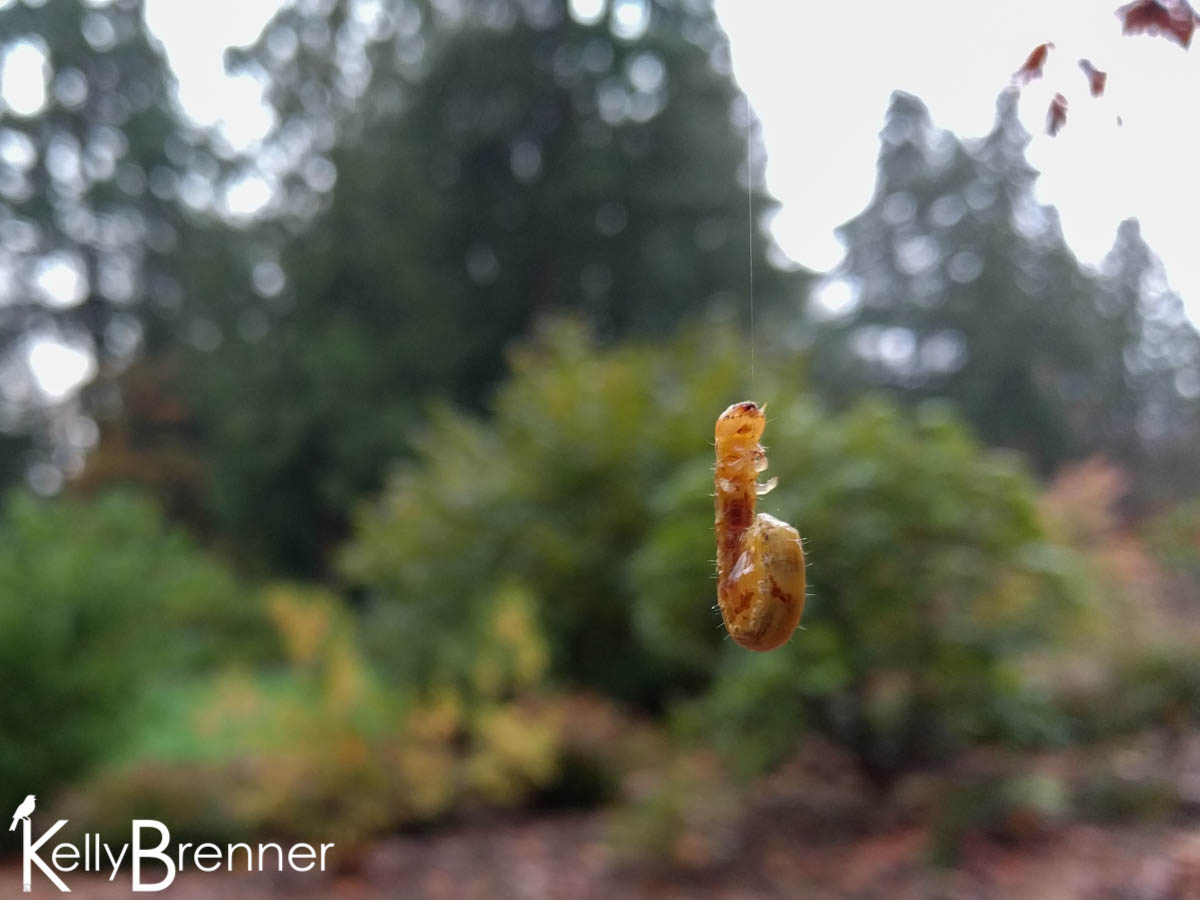 By Kelly BrennerNovember 1, 2016No Comments

Although the calendar has ticked over to November, the weather continues on like nothing has changed. The wet days and nights continue today and instead of a rainy walk this morning, I had a drizzling walk. Under the trees, large rain drops still splattered down on me, but away from the trees, a thick mist wrapped around everything. My glasses were coated in tiny drops of rain and the mist has the amazing power to sneak in everywhere. In many ways it’s worse than the rain because the rain falls straight down, powered by gravity. The mist however, shrugs off gravity and floats gently down, and sideways, allowing it to infiltrate everywhere.

On my walk, I was stopped suddenly by a large inchworm hanging down on a thread of silk exactly at eye level. I frequently see small inchworms, but this one, which is of course a moth caterpillar, was quite large. I watched it hanging from it’s backside as it repeatedly tried to pull itself up. It spun around like it was on a tire swing as it in turn reached up to the thread of silk and then fell back. Eventually it was able to haul itself up and start the slow climb back up the silk. I left it and continued on my way through the rest of the arboretum.

About twenty minutes later I returned to the same tree and stopped to look for the caterpillar. It had moved, but only just. It was maybe a foot higher than it had been when I first encountered it, still struggling to climb back up the thread of silk and making excruciatingly slow progress.