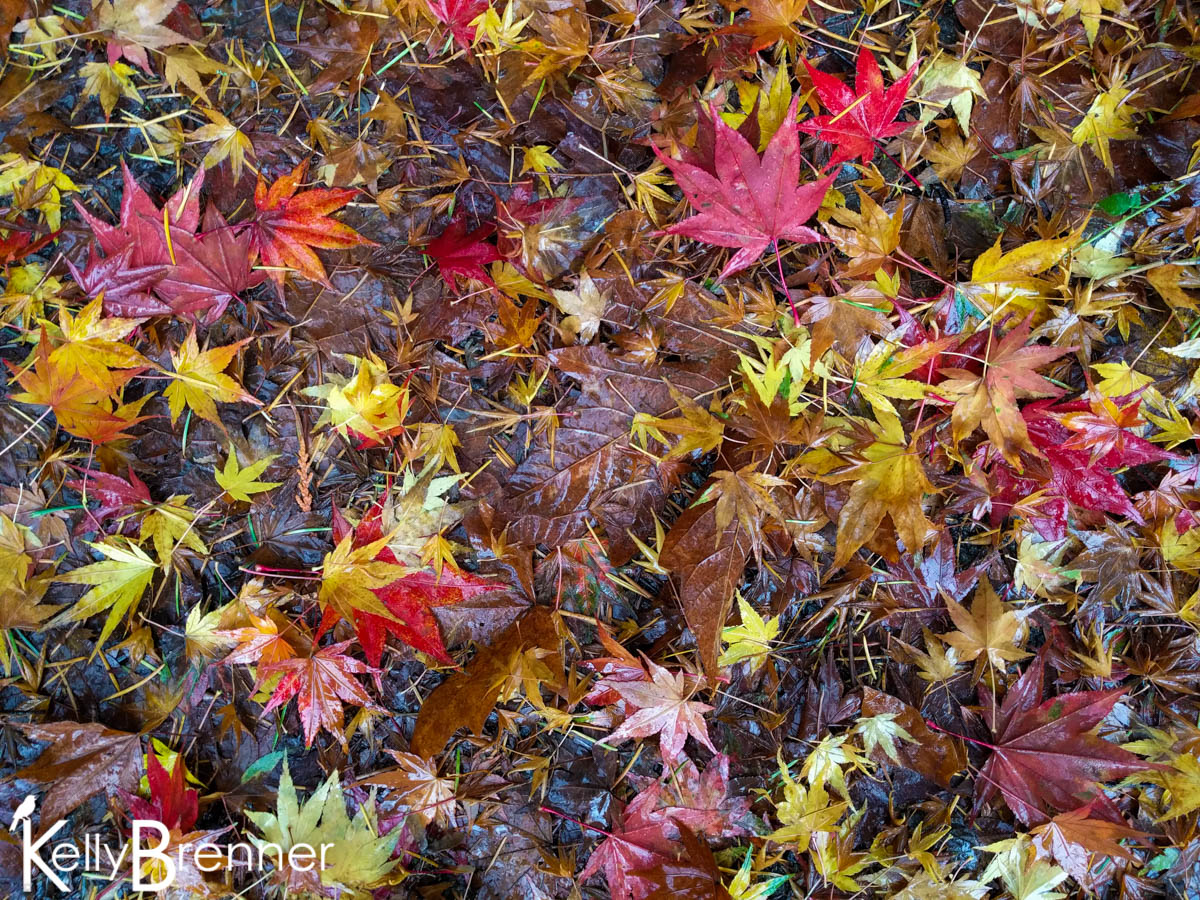 By Kelly BrennerOctober 31, 2016No Comments

Seattle has officially had the wettest October on record and on this last day of the month, the rain is working to make that record secure. This morning started out wet and I dropped my daughter off in the pouring rain. The school takes it in stride, the kids are bundled in rain gear and they see a rainy day as a great mud pit day. I however, am not so well suited.

Never-the-less, I set out for a walk when I detected the rain easing a little this morning. I trudged through the paths as gusts of wind blew a confusion of leaves and samaras spiraling down from the sky. On the path, the flowing rain water had eroded small channels and a braided river mapped out the rain’s path. The paths were covered in puddles, some spanning the width of the trail while in other places, leaves covered the ground, making the branching dirt tracks easy to miss. The rain stopped falling outside the trees, but in the forest it continued raining, even harder when a gust of wind dislodged big drops from the remaining leaves. Twice those drops lodged a direct hit in my left eye, miraculously squeezing between my face and glasses.

Juncos were honorary ducks and they were out in large numbers, among the only birds I saw. Each flock I passed flew up to the trees as I disturbed them, but they showed no sign of being bothered by the wet morning. I encountered exactly no people on my walk until I returned closer to the visitor’s center. Despite getting a little wet, it was well worth the effort because despite the rain, wind and chaos of swirling leaves, it was peaceful.