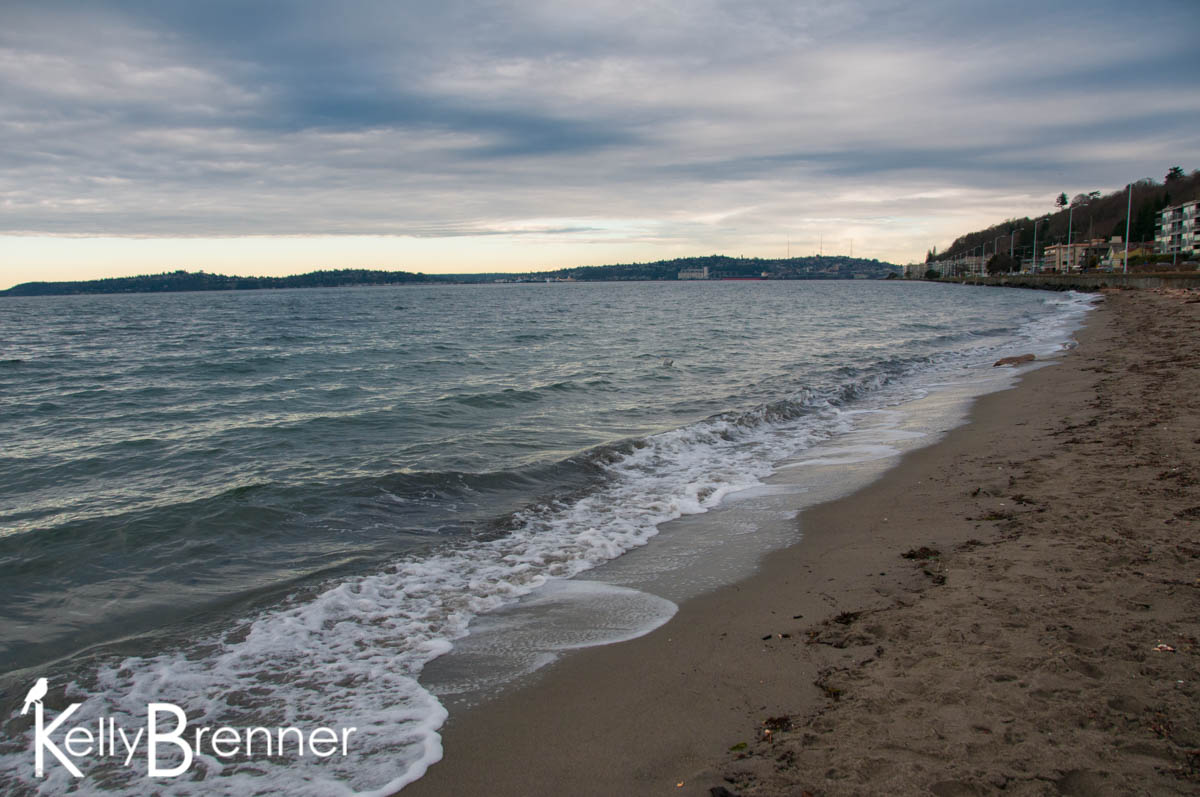 By Kelly BrennerJanuary 3, 2016No Comments

Today, on our last day of winter break and Day 3 of 365 Nature, we visited Alki Beach, located in West Seattle. I hoped to find Surfbirds or turnstones, both birds commonly found in West Seattle during the winter, but I didn’t have a lot of hope because it wasn’t low tide. Instead what I found was a large flock of Sanderlings feeding up and down the beach. I’ve seen them there before but they’re always great fun to watch. At first I stalked them up the beach, but then I changed tactics and instead sat down in the sand and waited for them to come back up the beach to me. This technique paid off and they would feed right up  to within a few feet of me then run at lightning speed past me. It looked like somebody hit the fast forward button when they ran, they moved impossibly fast on tiny legs. I sat and watched them feed up and down the beach in a long, trailing line. At one point I looked to left down the beach and found they had gathered up together into a group of probably 30 individuals.

We also looked along the beach and found crab claws and shells and other typical beach flotsam. I kept an eye out in the water for Orcas which are occasionally seen from West Seattle. None were seen today but I did see large groups of grebes, a pair of Surf Scoters, Buffleheads, Canada Geese and of course, plenty of gulls in winter plumage.

When we arrived, the first clouds we’d seen in a week started to roll in. Slowly they moved over the sunlit and snow covered Olympic mountains creating a beautiful landscape scene. The sky to the north was colored as if it was sunset instead of mid-morning. Despite being in the low 30’s, there were many people at the beach, some walking or wandering while others played volleyball. This is the Pacific Northwest.