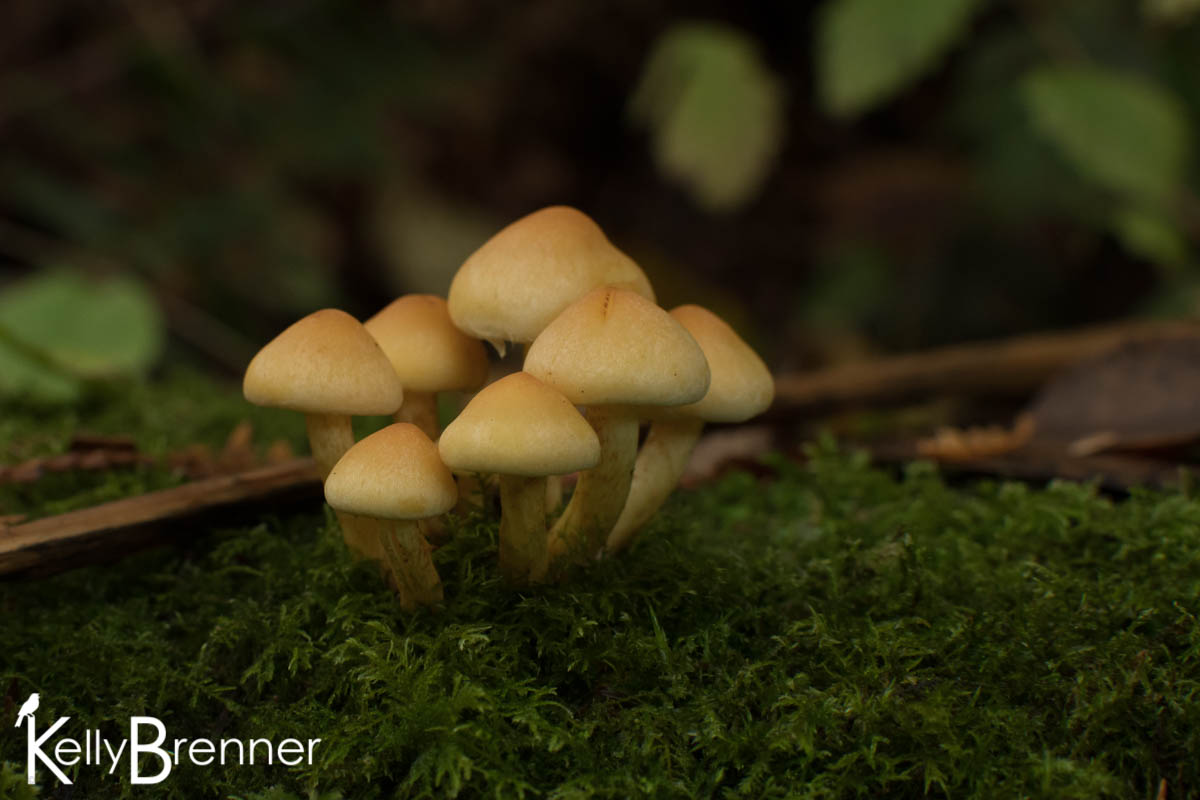 Today I went on an accidental mushroom hunt. I didn’t mean to, I had taken photos of mushrooms for Day 292 just yesterday, but shortly after I set out I came across the most quintessentially autumn scene of a cluster of butter yellow mushrooms on top of a log. As I took photos I noticed more and more mushrooms all around me and the more I looked, the more I saw. Some were easy to spot, but not enough is said about the ability of fungi to blend into the ground. I took a photos of a group of three small, brown mushrooms and went to take another photo from the other side and in the two steps, I lost them. I couldn’t see them in the leaves until I retraced my steps and spotted them again. Others I passed by unnoticed, until something else caught my attention and when I stopped, I finally saw the hidden mushrooms.

The diversity of mushrooms in the arboretum is staggering. And what’s more amazing is that what I found today is just a small selection of fungi there. Some mushrooms I saw a month ago are now long gone and I know there will be more to come as the season wears on. Today I found more sizes, shapes and colors than I could have imagined and in all types of locations. Some were among the leaves, others in the grass and more among the mulch. They all have their preferred locations and it’s fun to discover new types in the different parts of the arboretum.

Photos were very challenging today because it was so dark. The sun broke through the clouds a couple of times, but most of the mushrooms were in the forested areas. I’m hoping there’s a break in the rain tomorrow morning and I can return with my tripod to get better photos.