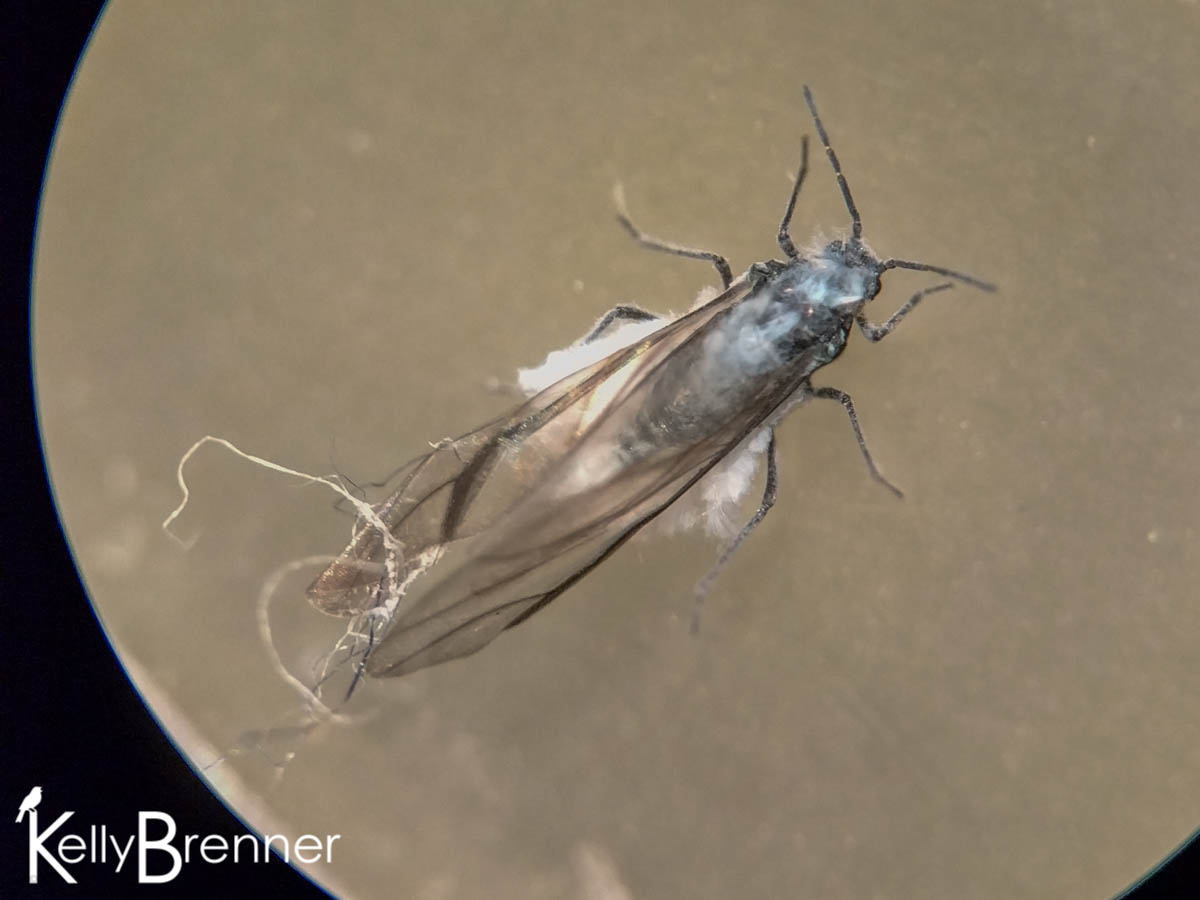 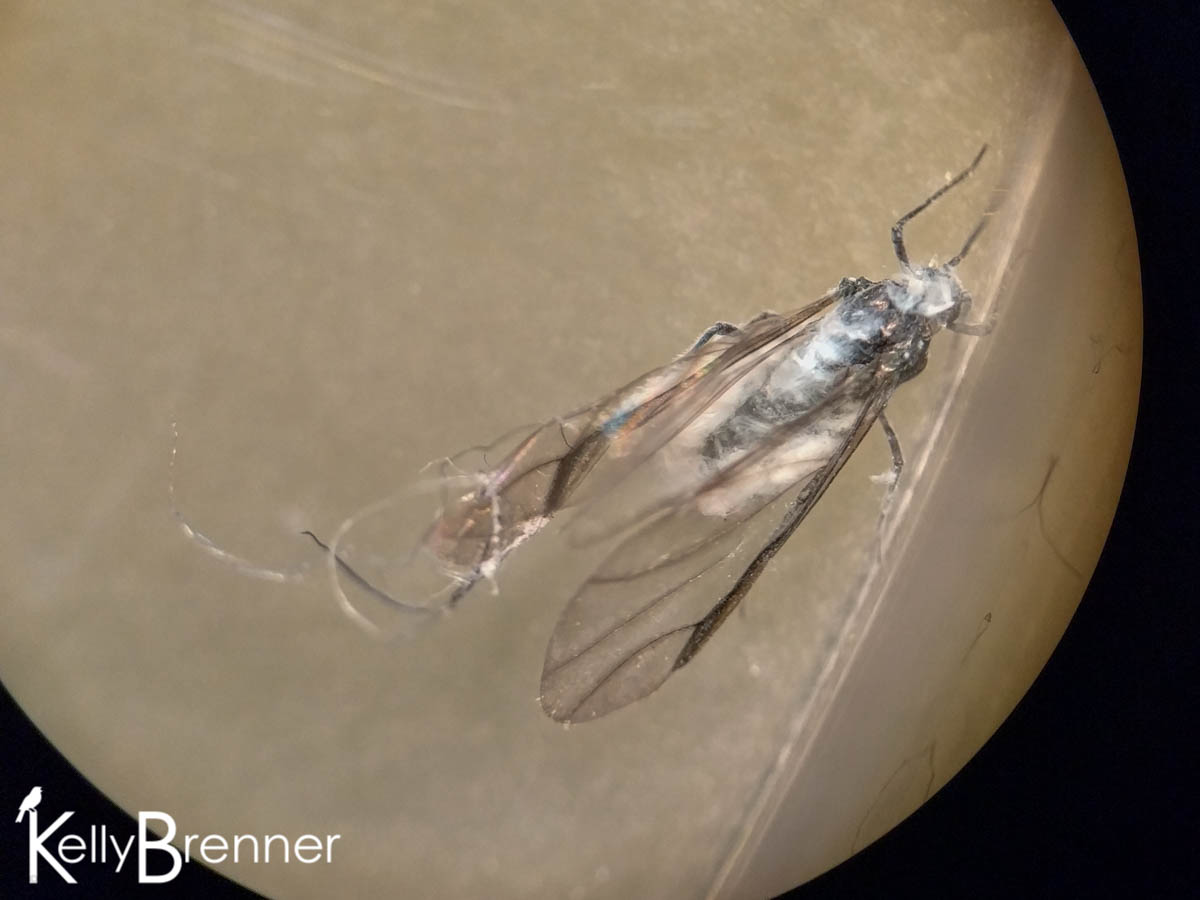 In recent weeks I’ve noticed tiny flying blue, fuzzy insects around Seattle. Last year at this same time I noticed them as well in the arboretum where they were flying in dense quantities and stuck all over spider’s webs. They are very easy to catch as they simply float through the air like airborne seeds. Last year I admired them and then thought no more about them until I saw them again this year. I was curious and put them on twitter where they were identified as aphids, of all things. These dainty, pretty little flies were the flying version of woolly aphids. Most of the time these aphids stay on their chosen plant, elm, maple, apple or other tree, but late in the season they produce winged versions. These winged aphids are both male and female and use their flying freedom to find a mate.

I’ve spotted a couple in our backyard, but last night I noticed more than usual and went out and caught one. Another I plucked from a spider web by our front door. The spider web aphid I put in a petri dish to take photos of today and I was surprised this morning when I went to get it and saw it walking around, returned from the dead. It is nearly Halloween after all. While the other I had caught was nearly dead and had somehow shed all its woolly fluff. I put the still-fluffy aphid under the microscope to look at and take a couple of photos. They are much more magical in the air, when freshly caught. They shimmer blue, which is amazing considering their tiny size. The fuzzy body and shimmering blue makes them look like tiny fairies flying around the yard. I never would have thought aphids could be so magical. 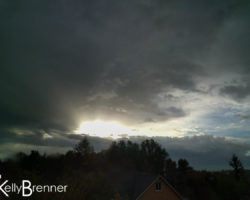 In 2016 I’m doing a 365 Nature project. Learn more about the project and see all the 365 Nature posts. We are in the midst of a series of big storms here in the Pacific Northwest. We have had torrential rain 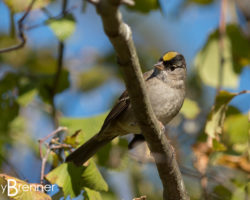 In 2016 I’m doing a 365 Nature project. Learn more about the project and see all the 365 Nature posts. This morning I set out through the arboretum hoping to see the deer which has been seen over the last week