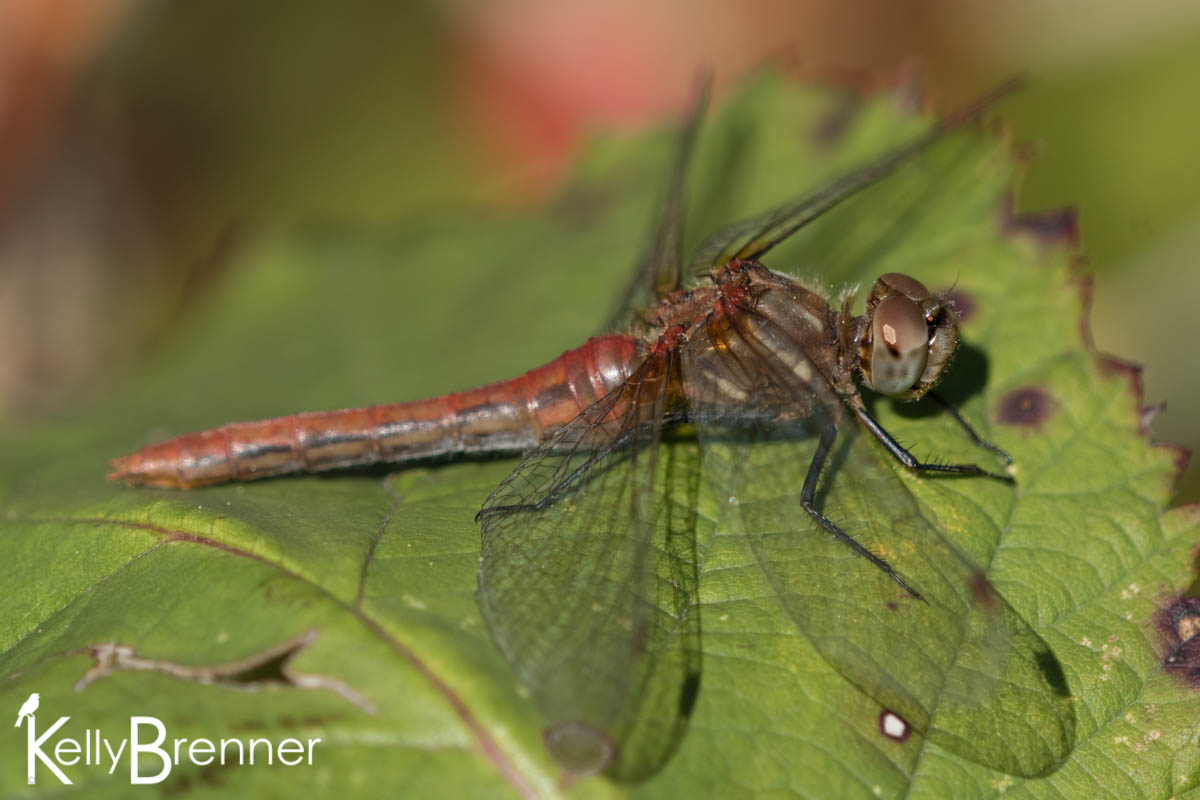 By Kelly BrennerOctober 11, 2016No Comments

This morning started with a definite autumn chill in the air because the skies were clear overnight. With the prospect of a sunny morning, I opted for a visit to Magnuson Park. I didn’t expect to find any dragonflies with the morning temperature in the mid-40’s, but I was hoping some ducks and other birds would be easy to find in the quickly shedding trees.

It was cool when I arrived, not yet 50 degrees and I set off walking and immediately found a large cluster of mushrooms in the mulch. I walked into the sun and studied the unique architecture of the different seed heads – thistle, Queen Anne’s Lace, spirea all silhouettes in the sky. I spotted a few goldfinches and heard Red-winged Blackbirds, but the pond was empty. No insects flew around, no ducks swam on the first ponds I saw. It wasn’t until the large pond near the  end when I finally spotted some ducks. Gadwall and Mallards were sitting quietly in the center of the water doing mostly nothing at all.

As I walked back along the large pond I finally spotted one dragonfly cruising high up in the trees, in the sun. I checked my phone, it was 51 degrees. I surveyed the reeds along the pond looking for exuvia and found none at all, but I did see one Pacific Forktail damselfly. I returned to the other side of the wetlands and a low-flying insect caught my eye and upon stopping to watch, I saw it was a dragonfly. It landed and I could see it was a meadowhawk, but not one tolerant of my presence. A step too close and it moved and I followed. A photo later I identified it as a Striped Meadowhawk. A few more steps and this time I startled a grasshopper, which in turn startled the dragonfly. As we continued our two step dance, a male Anna’s Hummingbird sang right above us.

I revisited the eastern most pond after my lunch and discovered a grasshopper and another Striped Meadowhawk, this one much more tolerant of me. A Great Blue Heron and Pied-billed Grebe foraged in the water and a Belted Kingfisher surveyed the pond. I heard a tapping sound and found a female Downy Woodpecker excavating a hole in one of the snags along the edge of the pond. She nearly disappeared inside before popping back out to look around and resume drumming.