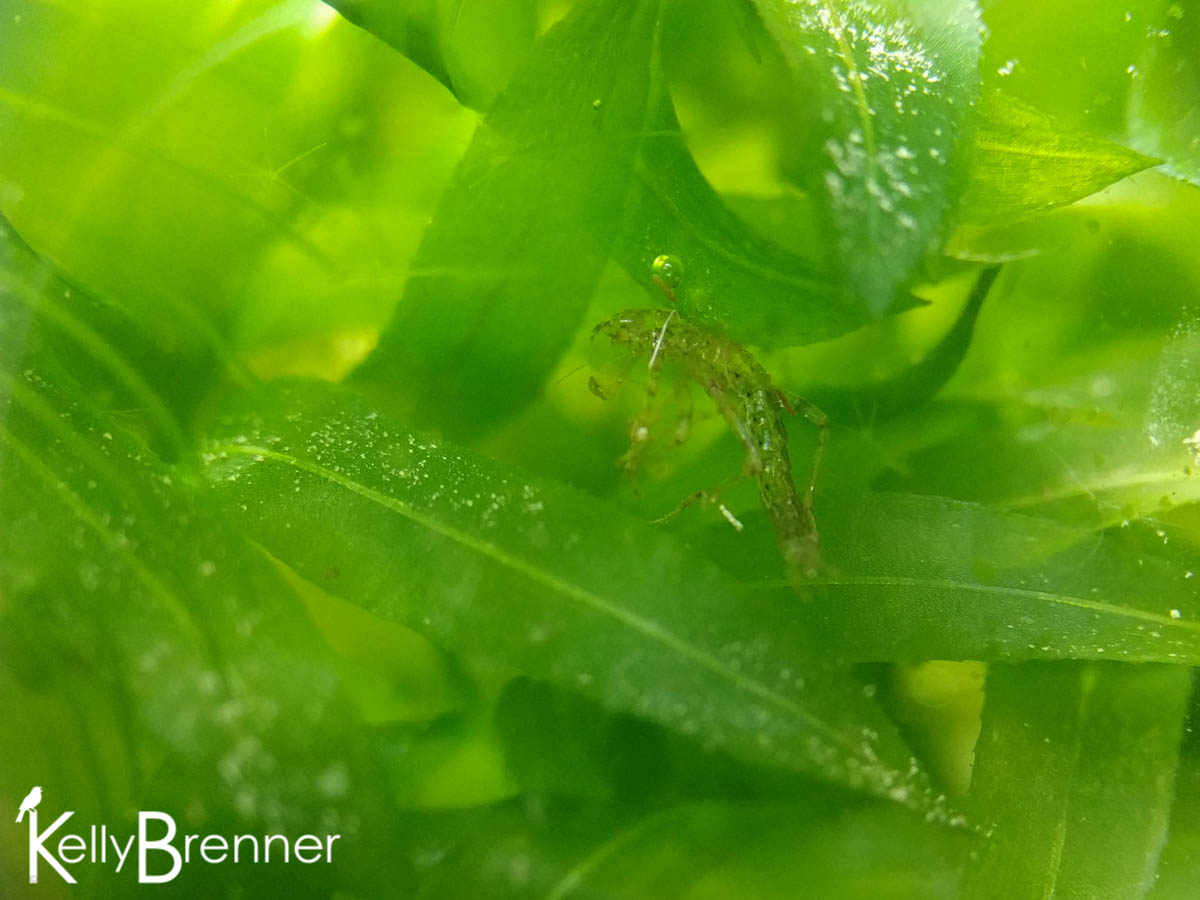 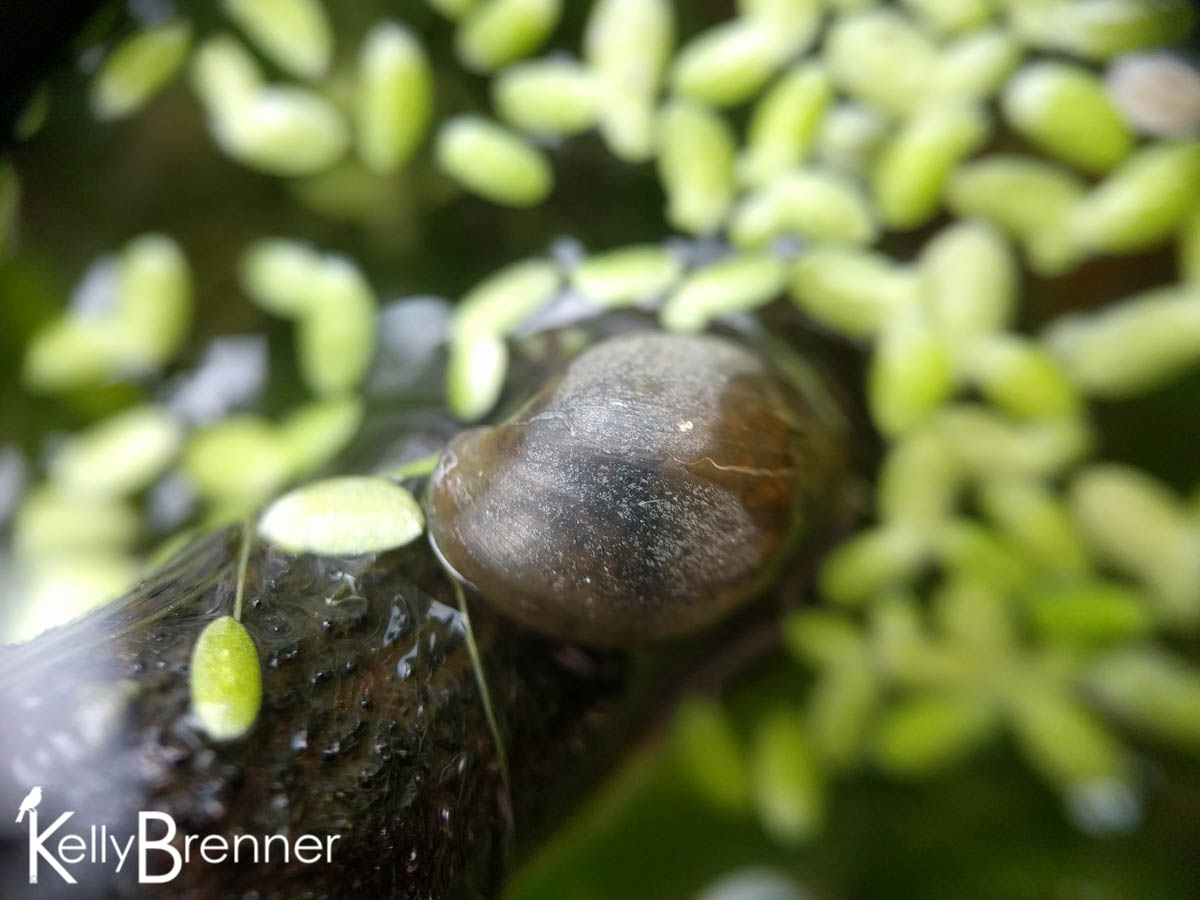 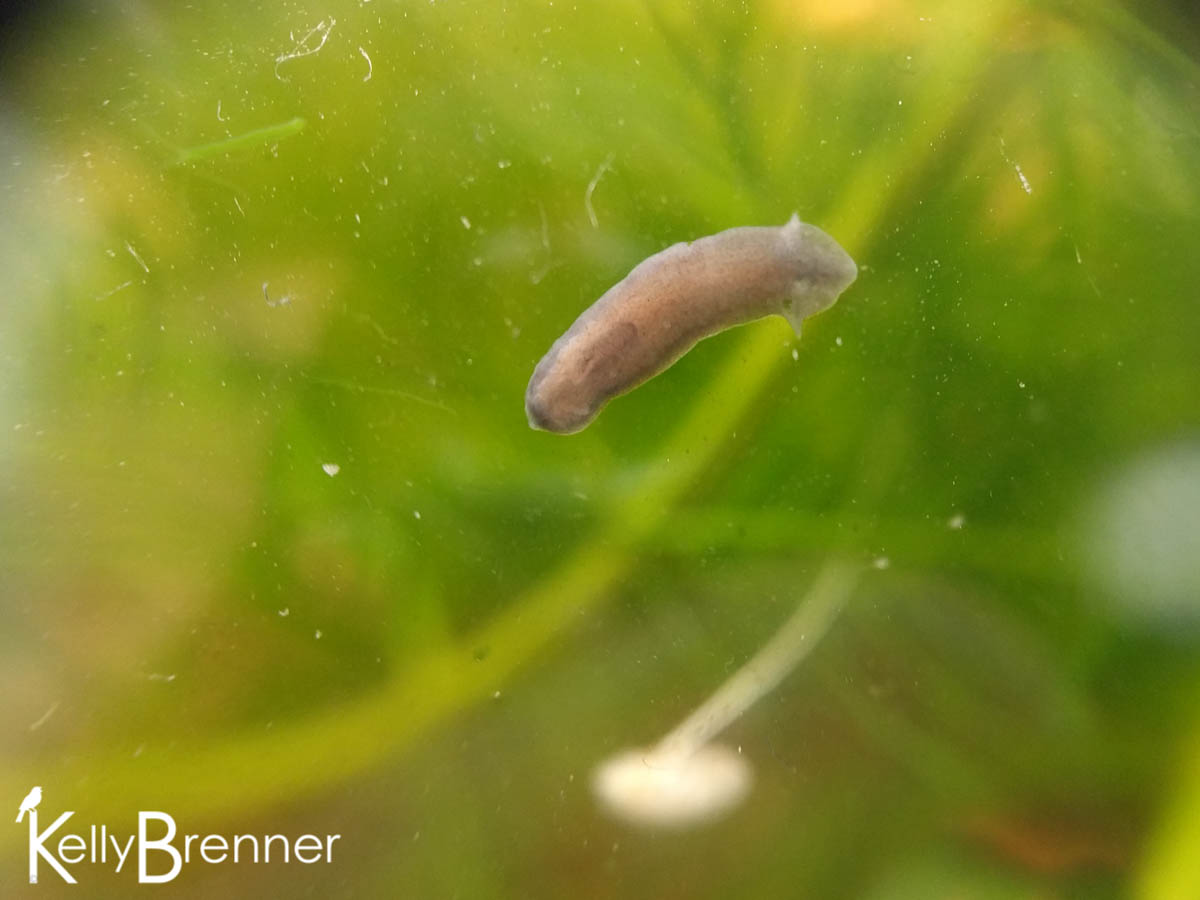 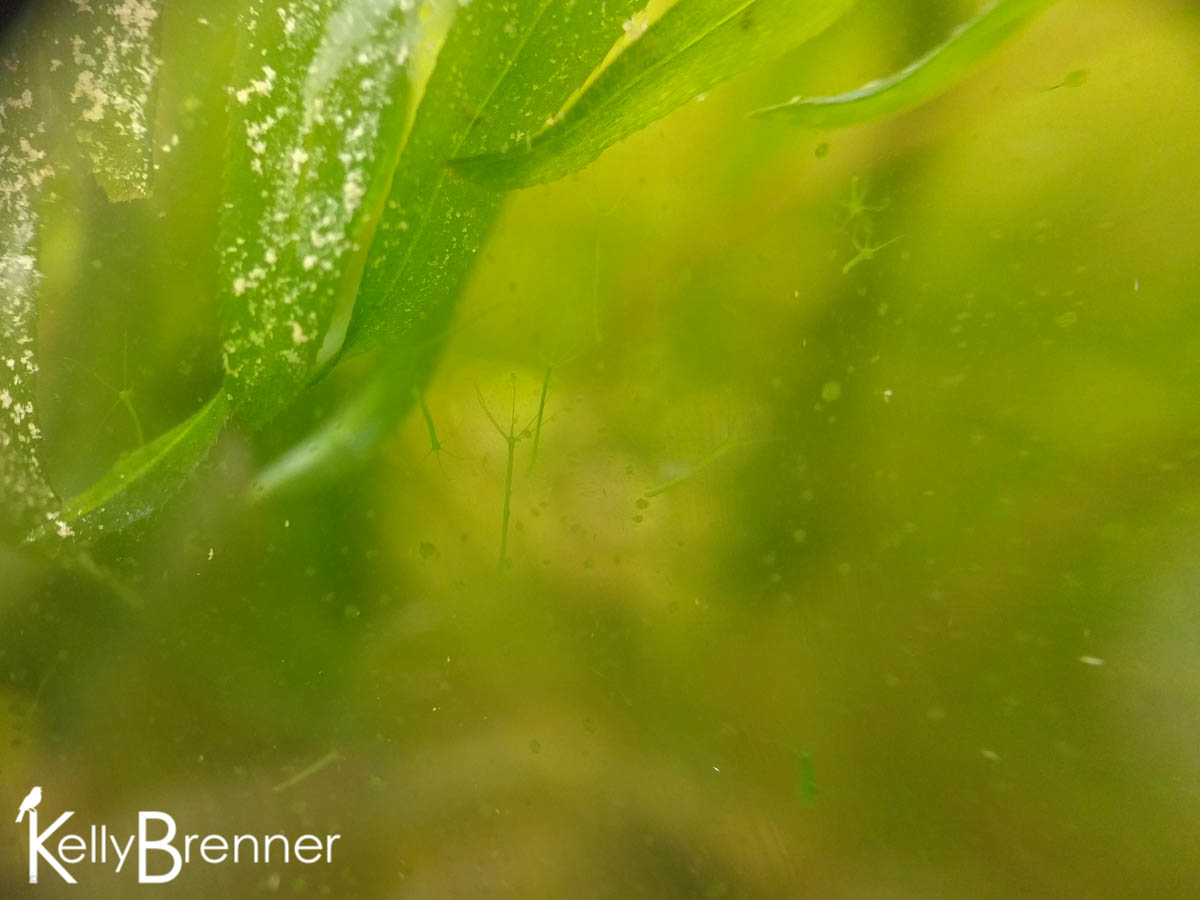 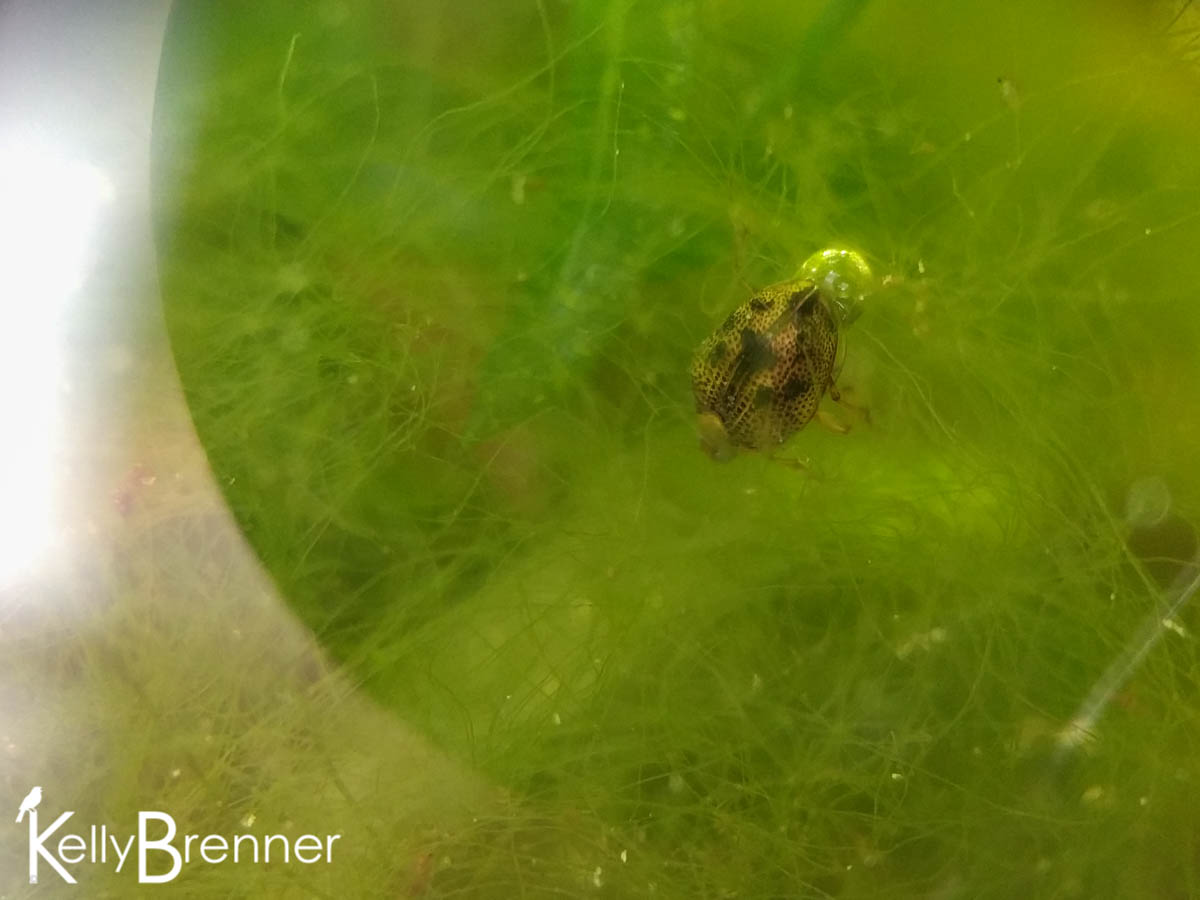 I continue to watch my wetland in a bottle and notice changes constantly. Often times, I collect damselfly larvae, daphnia, scuds and other animals, pour them into the jars and never see them again. Whether they’re hiding in the vegetation or eaten by predators, I don’t know. But a few days ago I noticed something larger in the container, a dragonfly larva. I had put a couple of them in, that I saved from the arboretum algae that had been raked out of the pond on Day 273, but I have to think this one was somehow in there before this because it’s so large. How this monster of a larva could have grown so large without being seen before shows how quick and secretive it is.

The first time I saw it, the larva was sitting on one of the small, flat stones I put in the jar, but as soon as I touched the glass, it quickly darted away and out of sight. The next time I saw it, the larva reacted in the same way, but darted towards the glass and stayed while I ran to get my phone to take a photo. Naturally, it slipped away as I returned. It’s hard to believe such a large insect could be hiding in a relatively small container. I suppose I created the habitat a little too well.

Today, while looking for the dragonfly larva again I looked to see what else I could find. The green hydra continue to be plentiful, but brown hydra are still hard to find. I still see a lot of water fleas and copepods swimming around, but today I found no scuds. They often hide in the leaves of the vegetation so they’re harder to find when the light outside isn’t bright, which it’s not today. Of course, they could have all been eaten by the dragonfly larva. Floating in the vegetation, I spotted a dragonfly larva skin, maybe from the large one I’ve been seeing. I also found a couple of water beetles and water boatman and the grazers, flatworms and snails are always plentiful. I’ve noticed once in a while a snail will climb up the jar and rest just above the water level and I wonder why they do this. 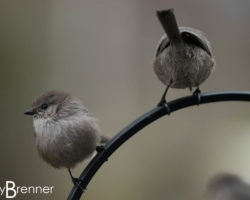 In 2016 I’m doing a 365 Nature project. Learn more about the project and see all the 365 Nature posts. We have had a lot of rats in our yard this year. In the past, over the four years we've lived 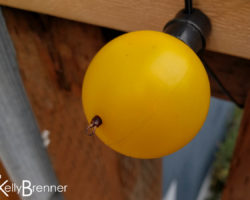 In 2016 I’m doing a 365 Nature project. Learn more about the project and see all the 365 Nature posts. Overnight we had a blustery storm that continued blowing into the morning. My initial goal today was to photograph all the