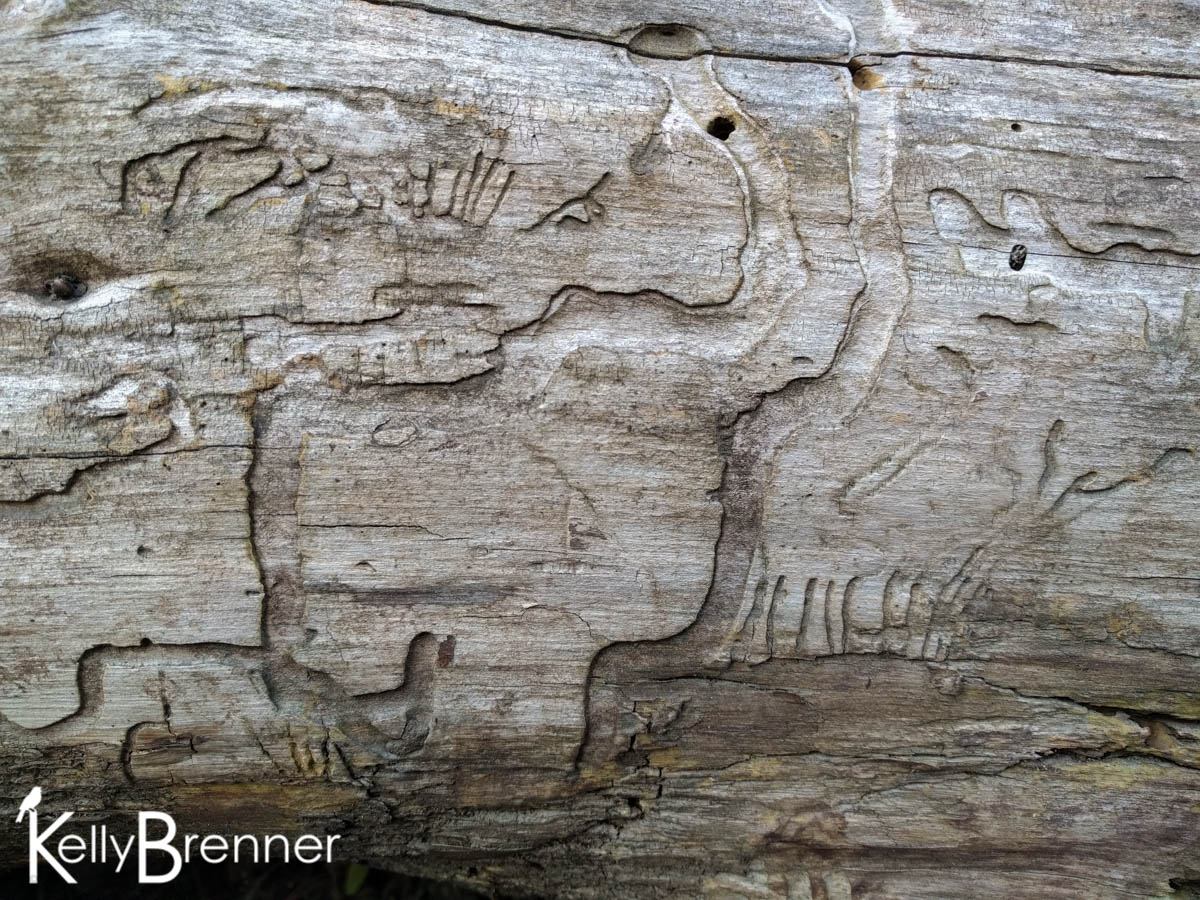 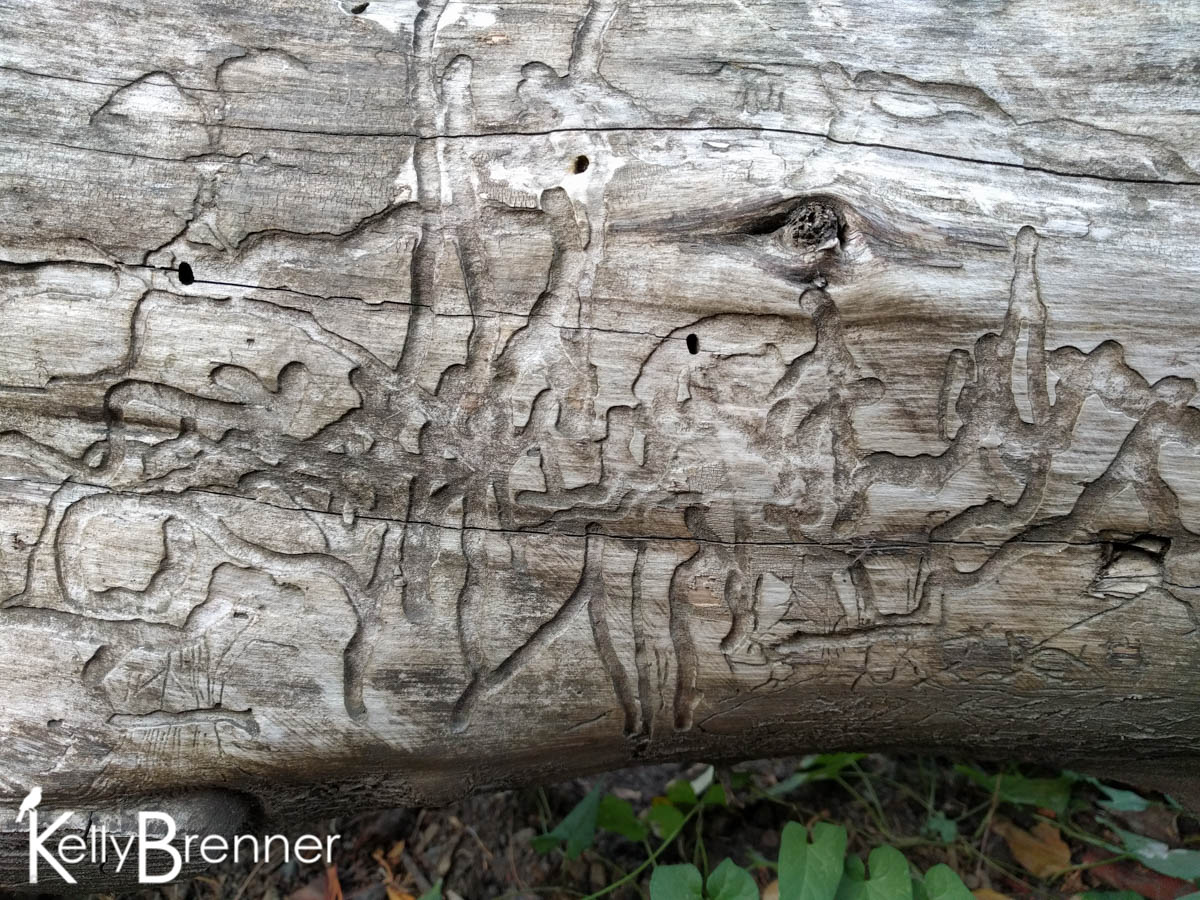 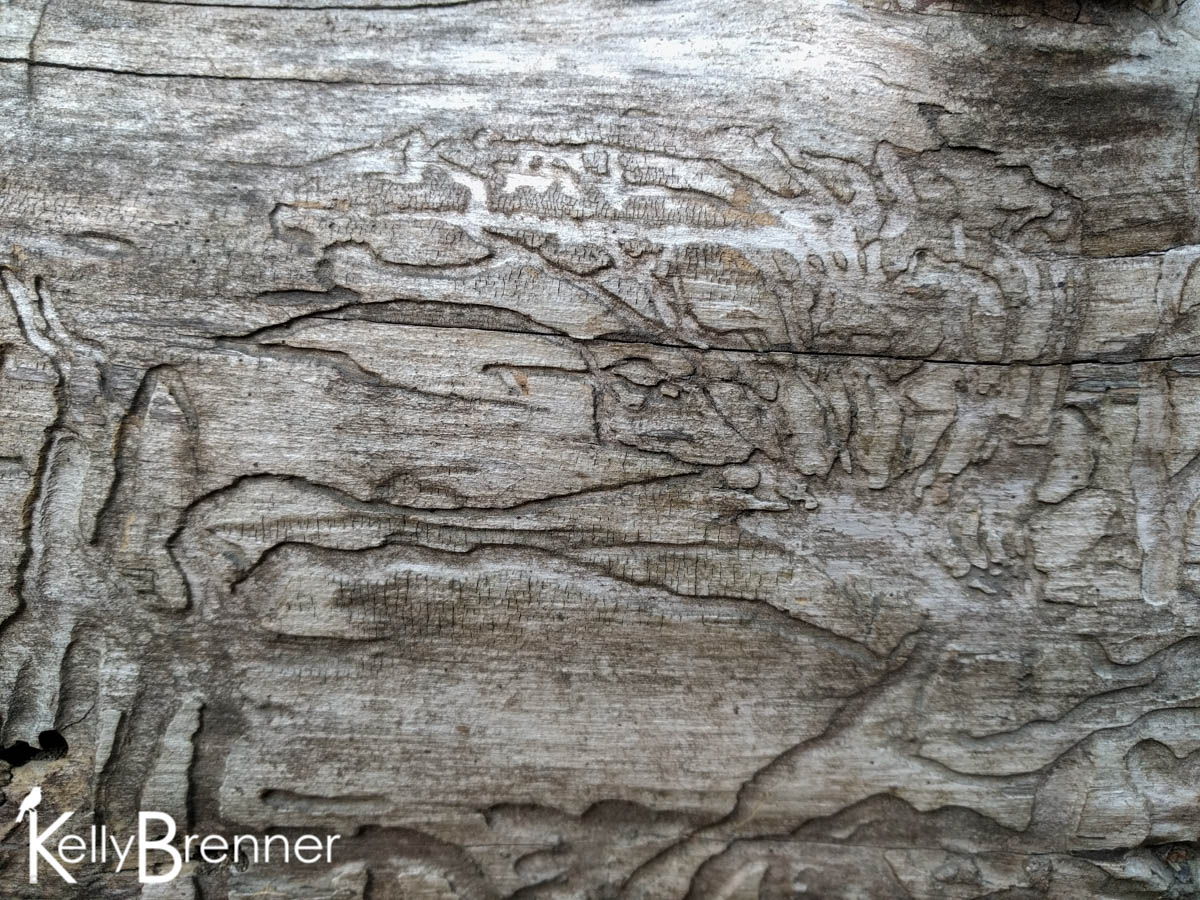 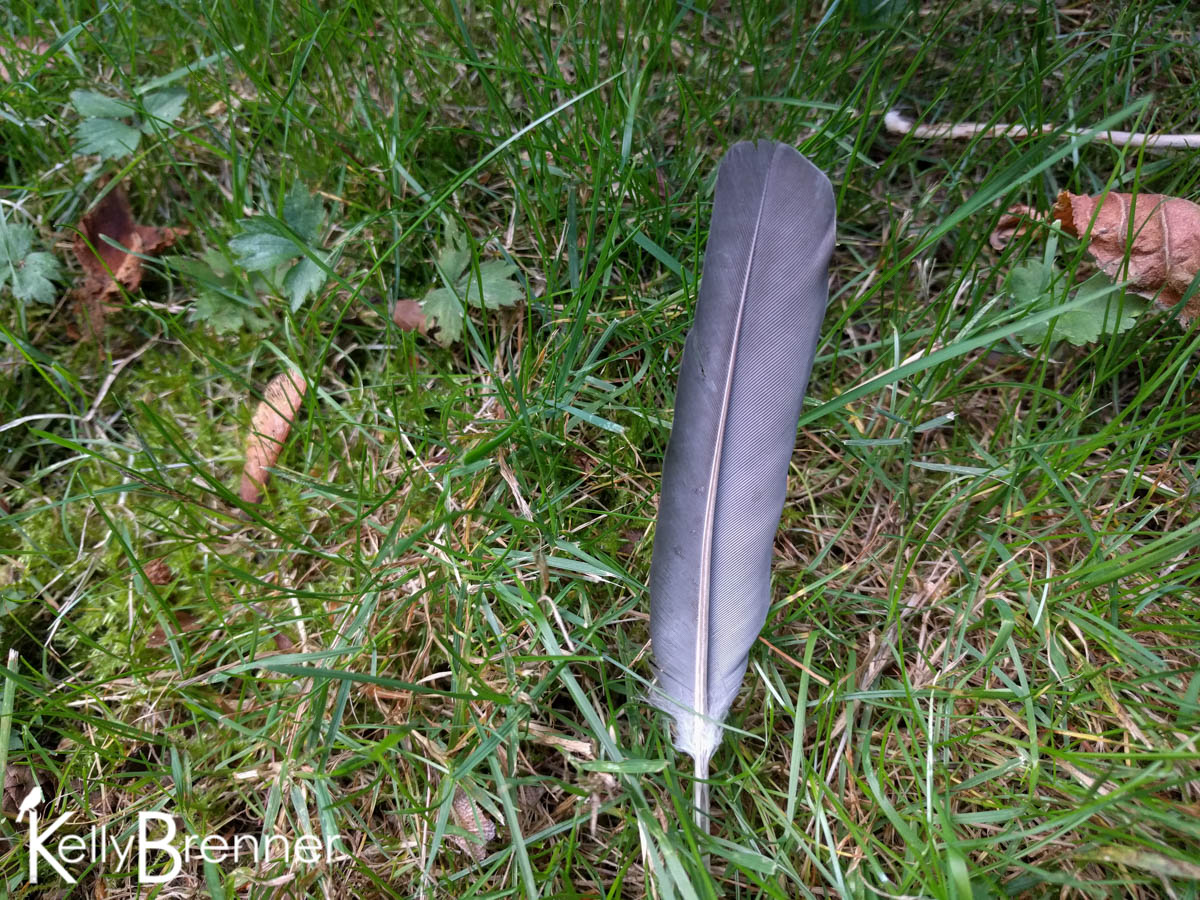 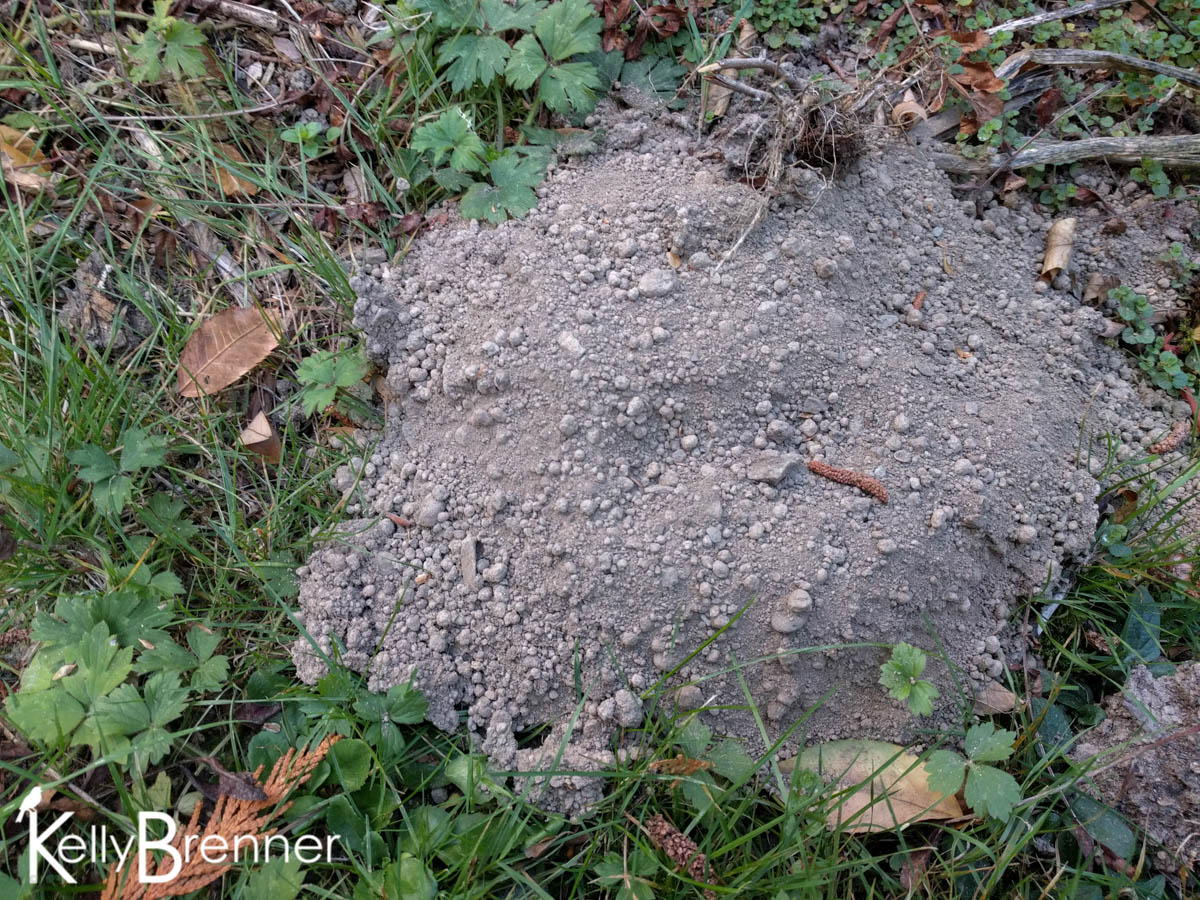 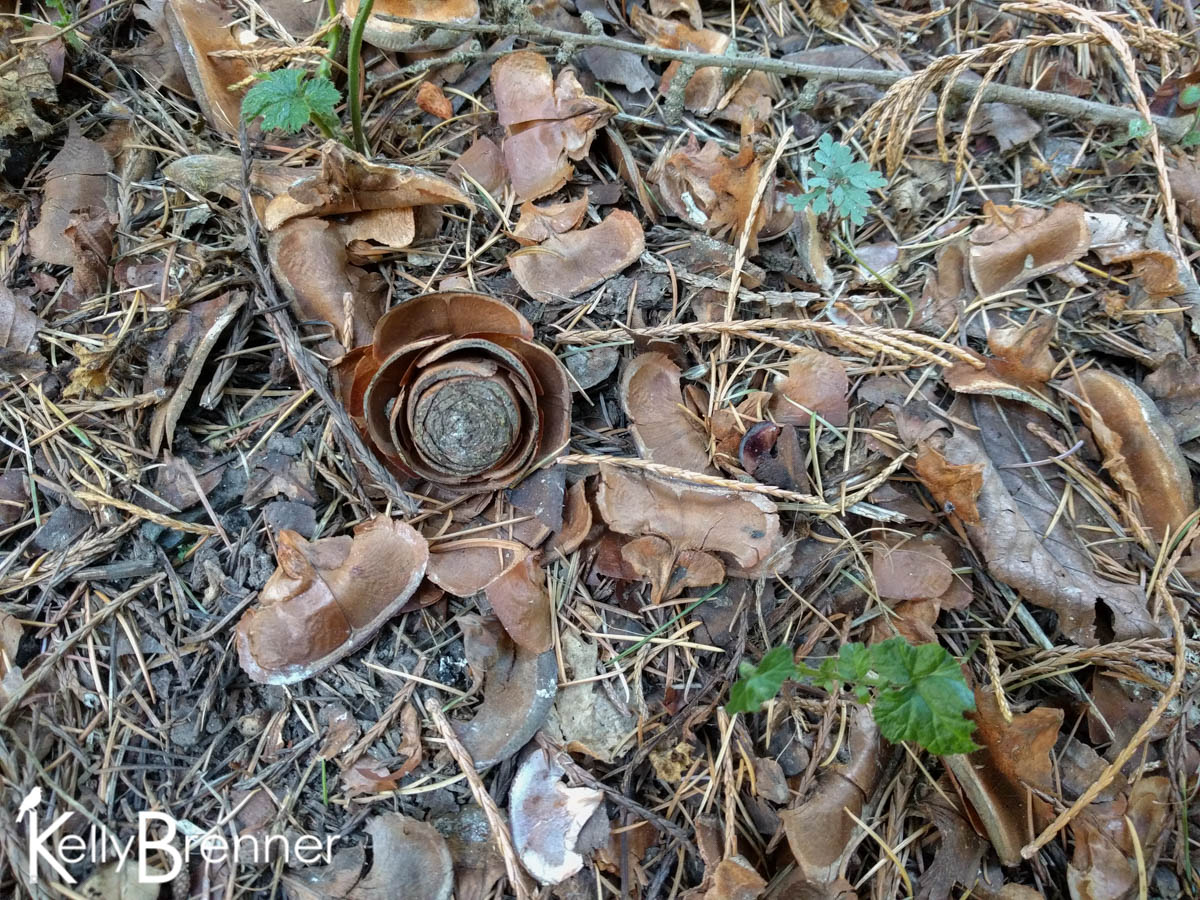 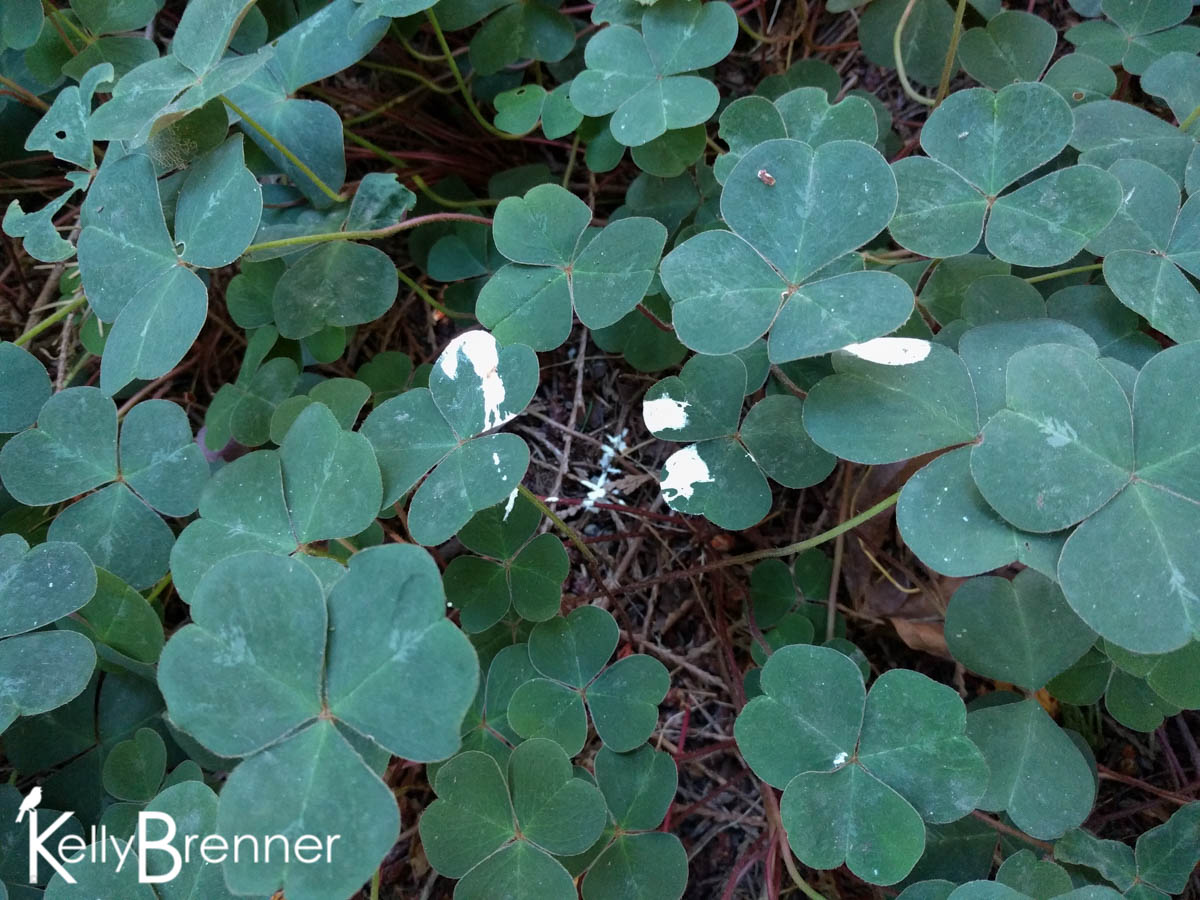 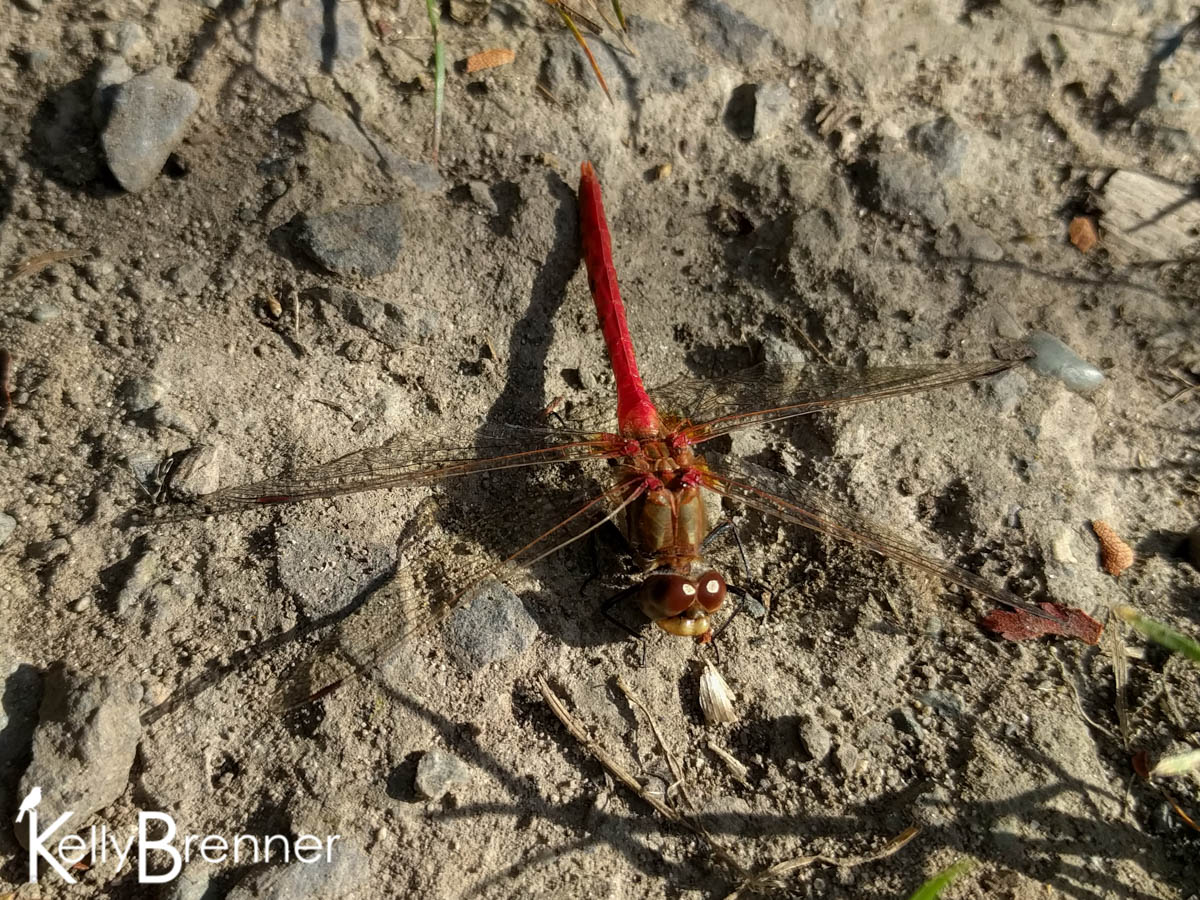 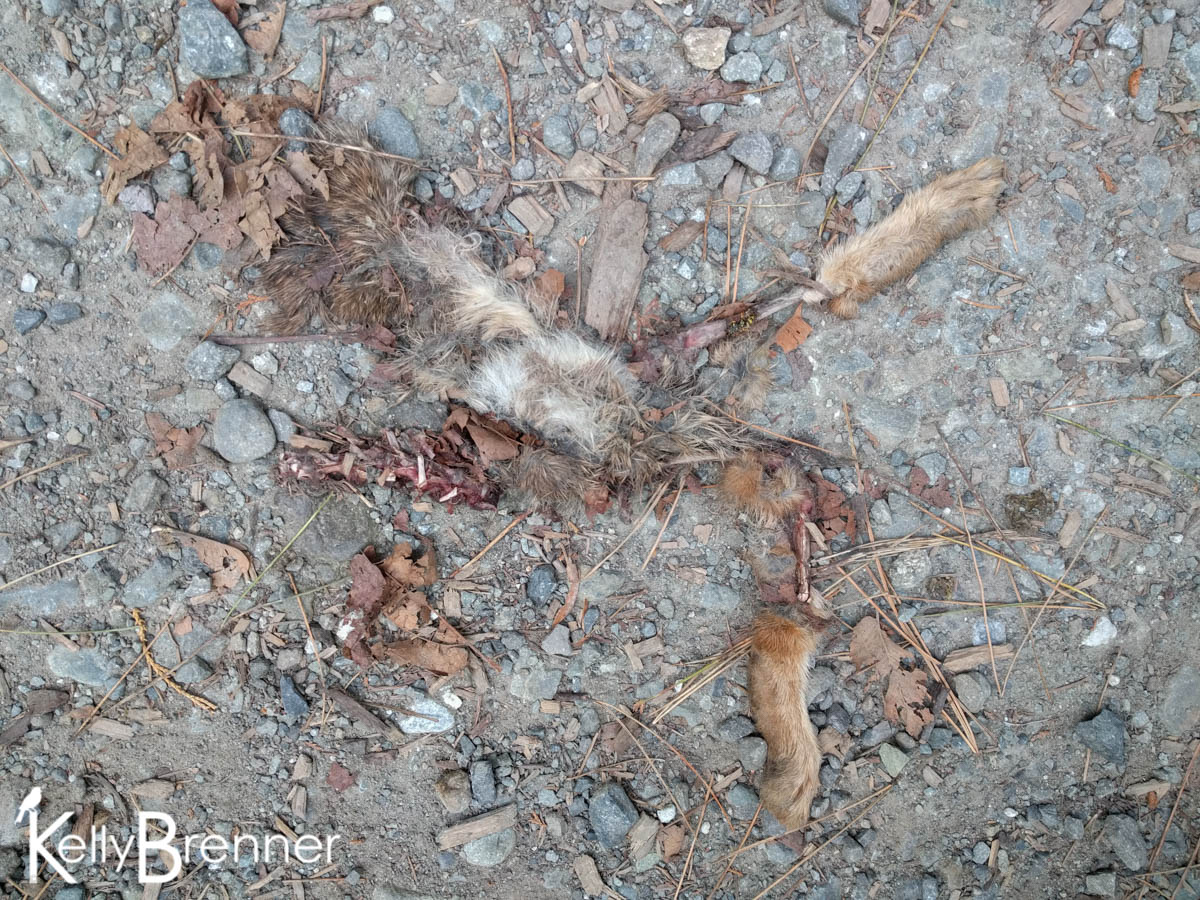 This morning I set off on a trail I hadn’t traversed in awhile at the arboretum and very quickly made the discovery of the remains of a rabbit. There wasn’t much left of it, a, couple of feet, part of a spine, it had been picked apart. How it came to be there is a mystery, but I’ve seen many rabbits around the arboretum so it’s presence there is not a surprise. Whether it died of natural causes and was dragged there, or if a predator disposed of it I don’t know. As I walked, I looked for more signs of wildlife and it wasn’t hard to find them.

Many of the logs that have been placed along paths in the arboretum have what look like abstract carvings in them. They are easy to find and fascinating to look at, but it’s not an artist who created them, but beetle larvae. As the bark falls off the old tree stumps, the tracks are revealed underneath in the wood.

I also spotted a black feather under a shrub, was it from a Robin, a crow? Was the bird hiding in the shrub or did the wind blow the feather there?

Other signs I often see are splashes of white on leaves, bird poo. If there’s a lot of it in one area, it usually indicates a roost a bird frequents.

Under a cedar tree I found few whole cones, but piles of the chewed off scales from the cones. Certain indicators that squirrels have been frequenting the tree for the seeds.

All around the arboretum, small piles of dirt can be found, dense in areas of turf. The obvious sign of moles in the area. Also in the turn, I found small holes dug into the grass, probably a squirrel hiding seeds, or digging them up. 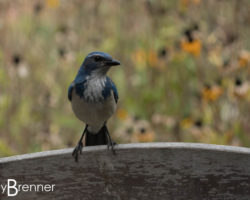 In 2016 I’m doing a 365 Nature project. Learn more about the project and see all the 365 Nature posts. Ever since I put our feeders up on Day 254 the birds have been returning in greater numbers every day. First 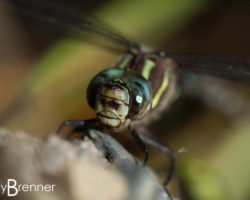 In 2016 I’m doing a 365 Nature project. Learn more about the project and see all the 365 Nature posts. Today feels like the last hurrah of summer. And what a glorious sunny day it is. Although I've been waiting impatiently