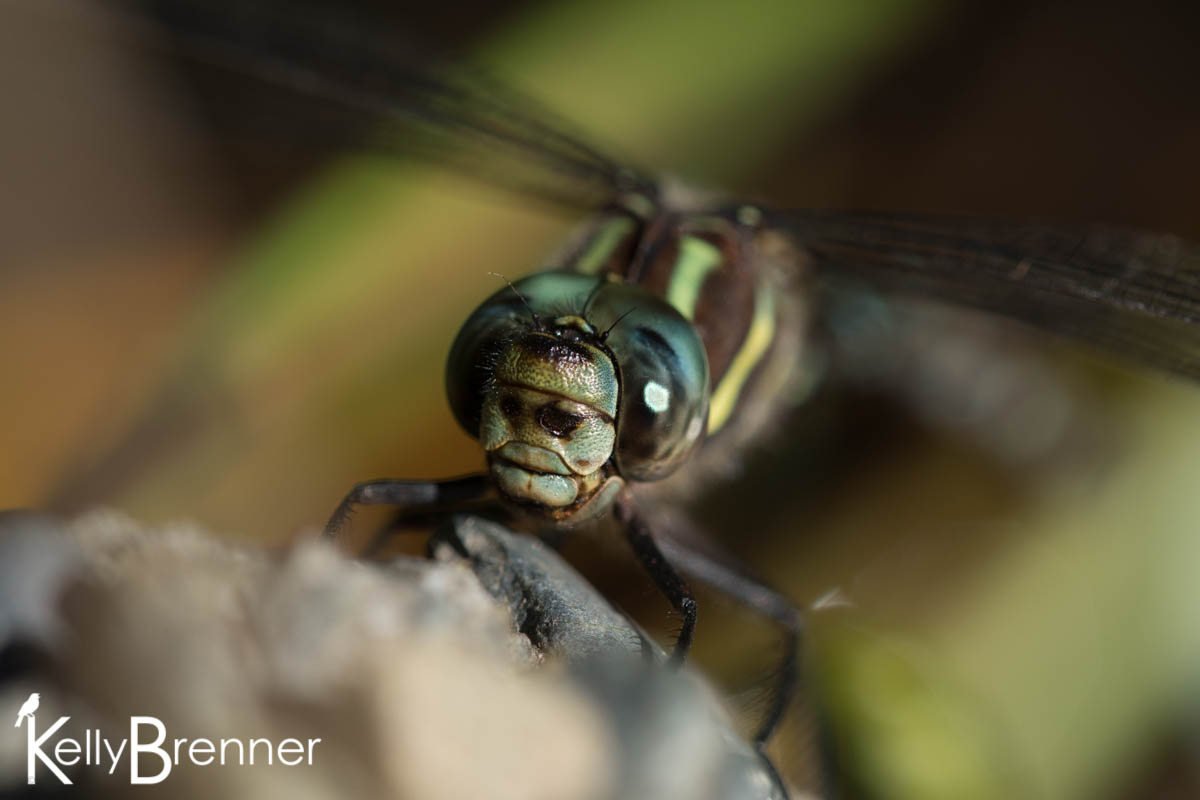 Today feels like the last hurrah of summer. And what a glorious sunny day it is. Although I’ve been waiting impatiently for the arrival of autumn, today’s last embrace of warm weather turned into a wonderful experience at the pond I’ve visited so much this summer. I arrived as the sun lit up only a small piece of the pond, but before long the sun spread over the trees and the pond was fully illuminated. Very early, much to my surprise, damselflies starting landing around me despite the cool morning air, all Pacific Forktails as far as I could see. They were actively hunting and I saw more than a couple catch small flies in midair. A short time later the first dragonfly, a darner, fly flew across the pond within a foot of me. It’s the only dragonfly I’ve seen since Day 258. Over the time I was there today, I spotted at least three individual darners. Later I spotted a small red dragonfly, the same species I last saw on Day 258, a Striped Meadowhawk. This one was much less tolerant of my presence and I couldn’t get very close to it.

Also like Day 258, I spotted the swarms of daphnia again. Today was similar in numbers to Day 258 and less like the smaller swarms I saw on Day 266. As the sun warmed, I could see many large swarms of the water fleas. Interestingly today, I also spotted another swarm, before I saw the larger water fleas. This swarm was at the surface of the water, as opposed to deeper down like the larger daphnia swarm. The other swarm looked like daphnia as well, but certainly different looking, probably a different species and much smaller. I also did some pond dipping and found many scud and a few damselfly larvae. There were snails and flatworms as well.

I always keep an eye on the reflection of the pond as I watch the invertebrates underwater because birds often fly over the clearing and I can usually tell what they are by their reflection. I often see Pileated Woodpeckers, Northern Flickers, crows and Steller’s Jays fly over the pond, but today, a group of five large birds made me look up immediately. It was a group of Turkey Vultures, likely passing by on their migration.

As I left, one of the darners landed on the concrete wall in front of me and I was able to take a number of photos of it. I believe it was a Paddle-tailed Darner (Aeshna palmata). A wonderful end to summer days.