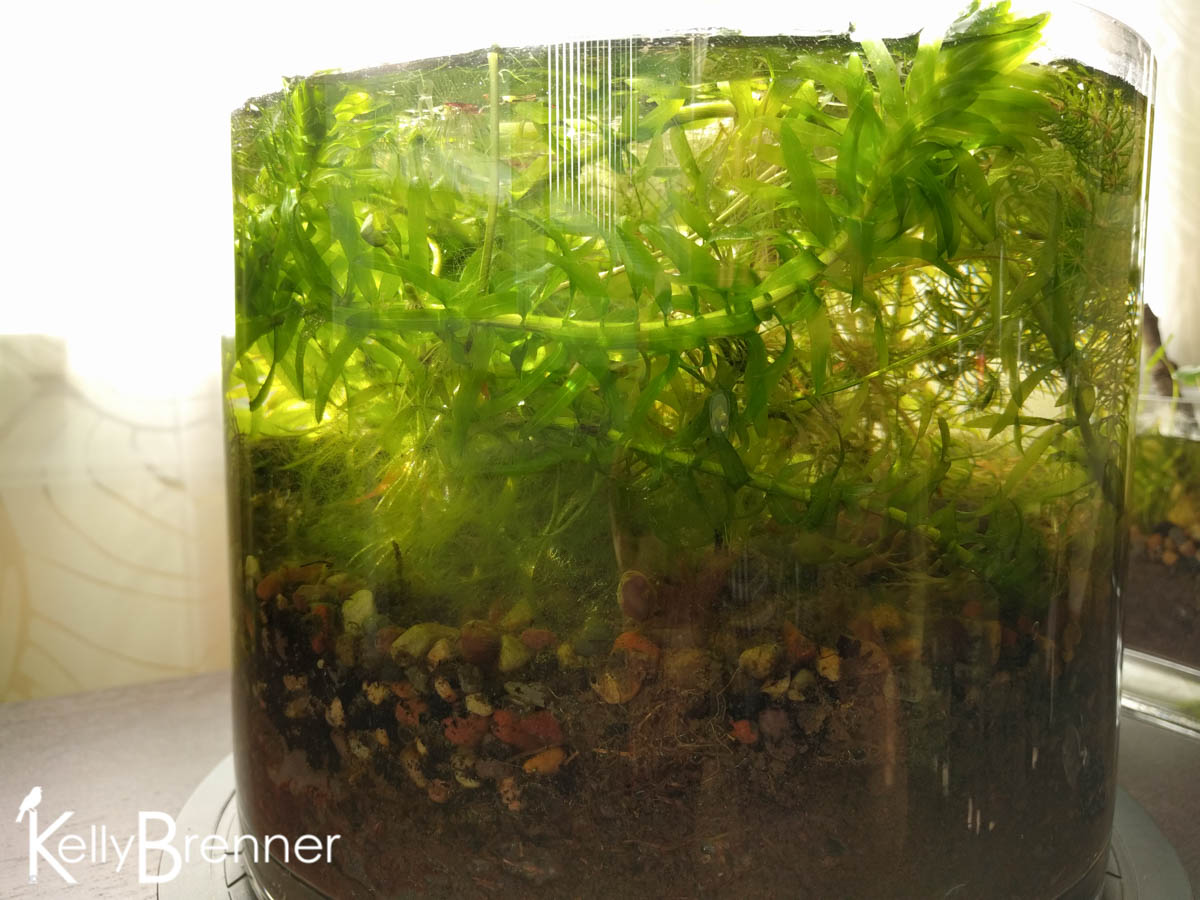 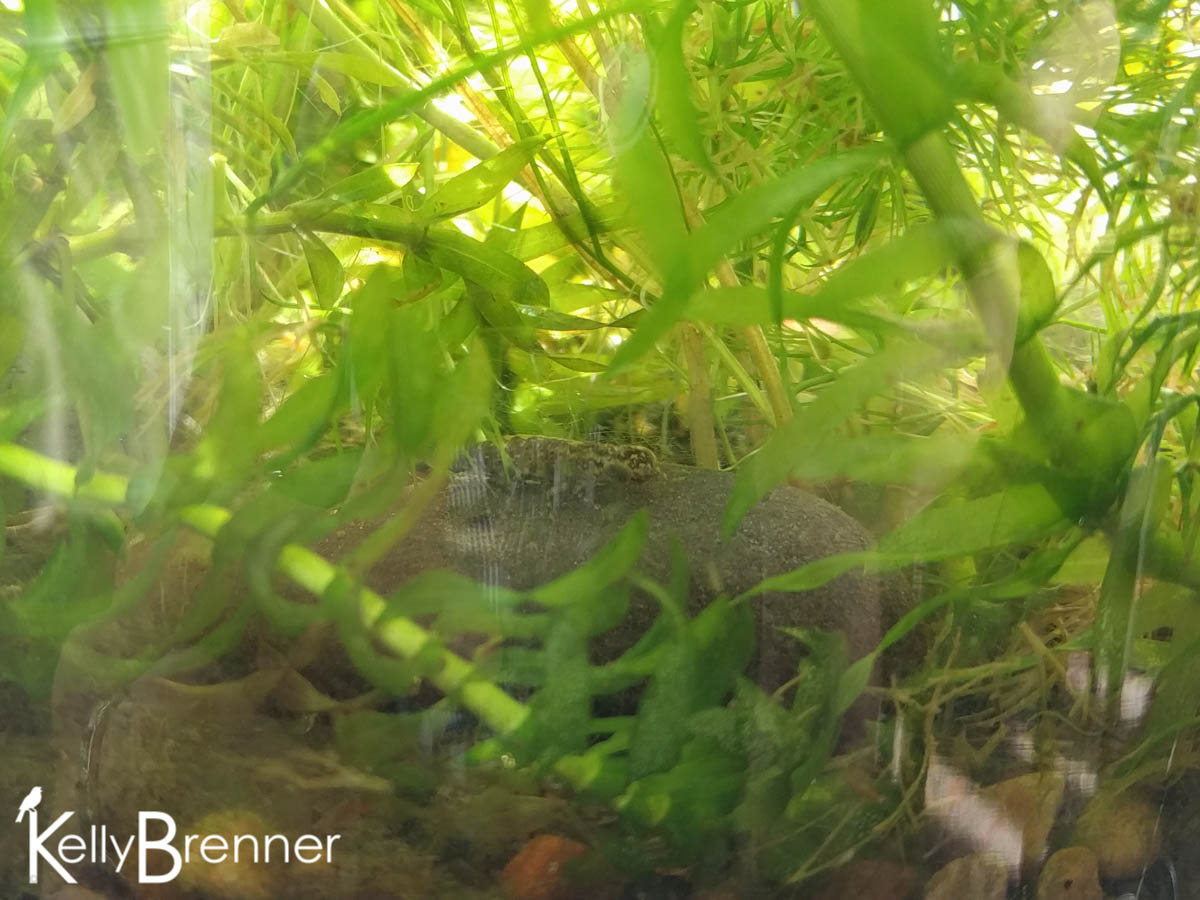 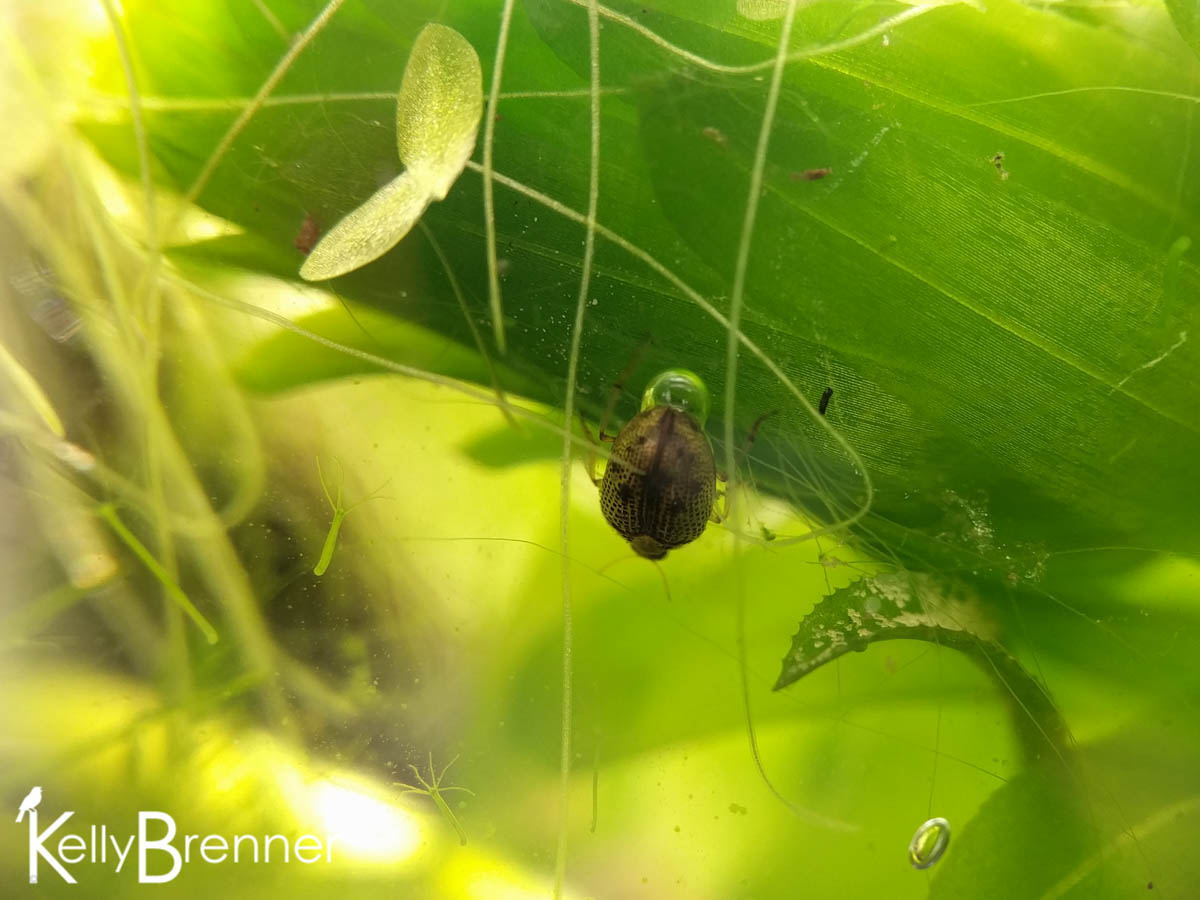 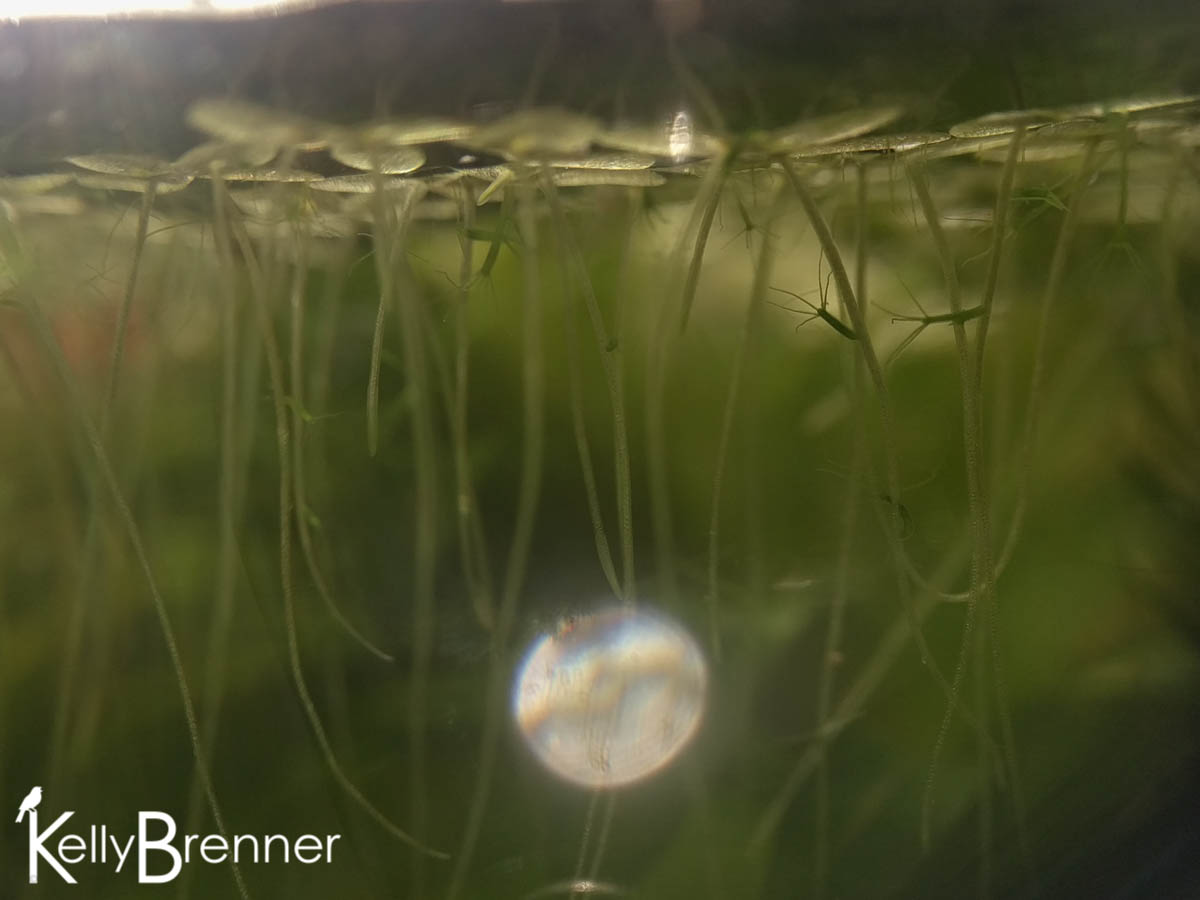 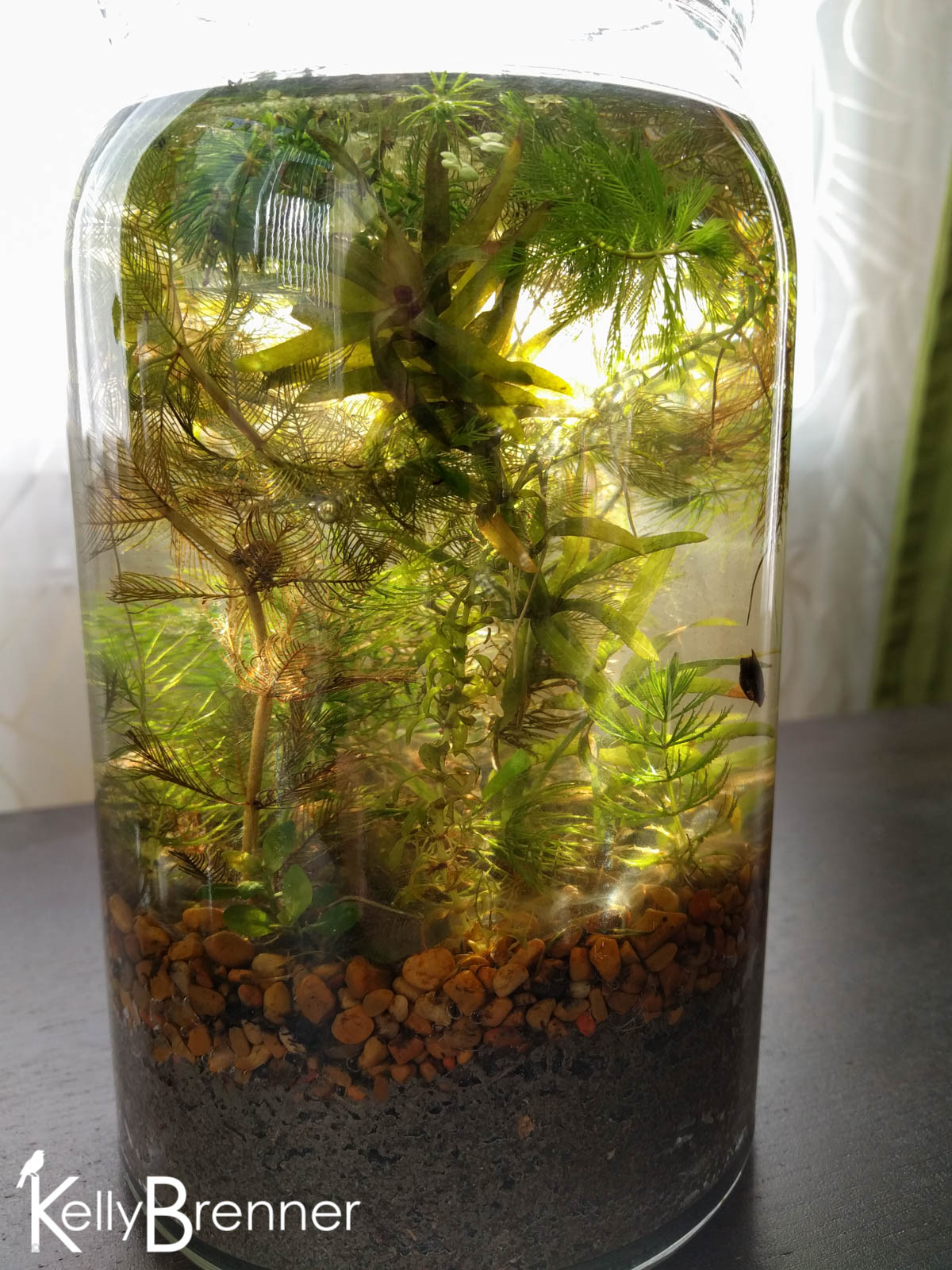 If there was any doubt that my daughter was born in Seattle, all one has to do is observe her when the sun comes through the dining room windows in the morning. She closes her eyes and says the sun is too bright and hides in the shadows. It’s surprising she doesn’t hiss as well to complete the vampire effect. While I’m pretty much the same way, I have found one benefit to the blinding morning sun, it creates great light for my wetland in a bottle. Even though it sits in surrounded by corner windows, the vegetation has grown so much it’s hard to see what’s inside unless a bright light illuminates it, such as the morning sun.

This morning I took some time to look inside and was happy to see another dragonfly larva sitting on a rock. The first one I spotted I suspect perished because I haven’t seen it in a long time. This one not only looks different, but it acts different. The first, a darner, usually was found on the underside of a stick while this one I find on top of a flat rock. This morning I also found some water boatmen swimming along with water beetles. There are still many green hydra but I haven’t found many brown hydra lately. I haven’t sat down and looked really close in awhile so maybe they’re still there, just in much fewer numbers.

The plants, particularly the Common Duckweed (Lemna minor) and Canadian Waterweed (Elodea canadensis) are growing really well, too well. I’ve scooped some of the duckweed and put it in the other two containers. The waterweed, of which I think are three individual plants, are growing so long they’re circling the glass container and blocking my view of the inside. I suspect I’m going to have to cut them back a little bit, otherwise they’ll fill up the entire container. The plants make a huge difference, in the first container I made, the snail died and an earthworm which must have been in the soil, also perished. Without enough plants and animals the water became cloudy with a thick film floating through the jar. I added more plants and pond water and a short time later the water is clear again. It’s educational to watch ecology on a small scale.

I’m finding it hard to see into the middle because I’m farsighted. I can’t see anything right in front of my face and if things are close to the glass, I can use my hand loupe, but if they’re more than an inch away from the edge, I can’t see them. I need something that allows me to see further into the wetland. 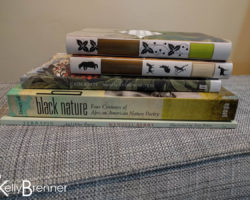 In 2016 I’m doing a 365 Nature project. Learn more about the project and see all the 365 Nature posts. A neighbor and friend had a grand opening for her new poetry book shop here in Seattle and I went to 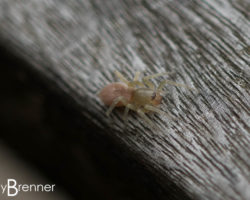 In 2016 I’m doing a 365 Nature project. Learn more about the project and see all the 365 Nature posts. Some may say "when life hands you lemons, make lemonade", but I say, when the wind blows a spider onto your