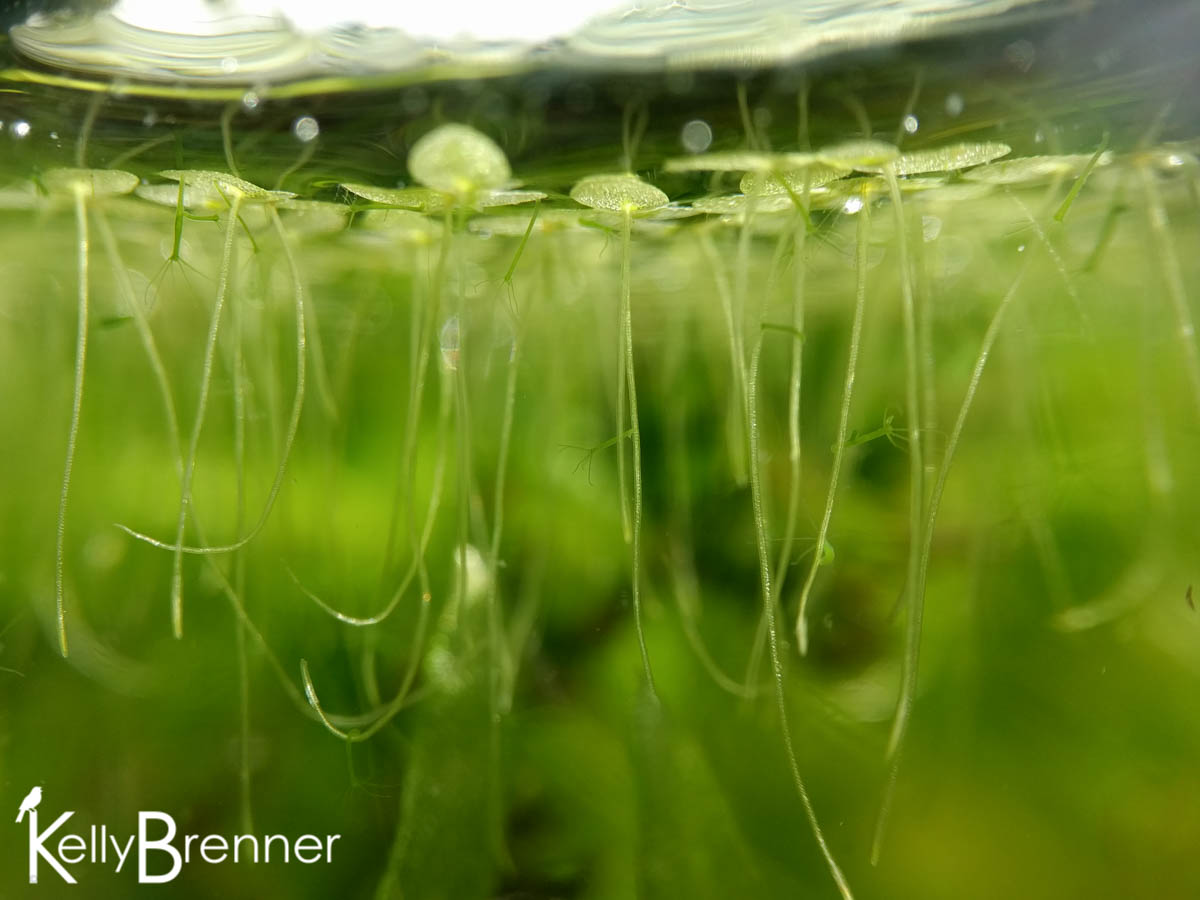 By Kelly BrennerSeptember 9, 2016No Comments

The sun was shining through the dining room window this morning and illuminated my wetland in a bottle offering a wonderful look at the life inside. Since I put it together on Day 223 I’ve watched it grow and change. I’ve added plants collected from waterways around Seattle and most have done very well, but one of the most successful has been the duckweed. I believe I have two types growing now in the container, the smaller Common Duckweed (Lemna minor) and the slightly larger, although still very small, Greater Duckweed (Spirodela polyrhiza). The Common Duckweed has spread into large patches in the container, while the Greater Duckweed consists of just a few individual plants.

In my book, Wetland Plants of Oregon & Washington, it states waterfowl and shorebirds will eat the plants, along with the invertebrates and aquatic insects the live with it. Curious about that, and with the bright sunlight illuminating the container this morning, I took my hand loupe and focused on the duckweed. I wasn’t surprised to see Green Hydra (Hydra viridis) attached to many of the roots and thallus of the duckweed. The Green Hydra is all over my wetland and I have found them on nearly every surface, from the rocks to the glass to the plants. My new book, Freshwater Invertebrates of North America says the Green Hydra are green because of the “presence of symbiotic unicellular algae (Chlorella), which produce sugars that help feed the hydra.” With the wetland in a glass container in front of a window, it’s no wonder the Green Hydra are doing so well.  I also saw a lot of tiny invertebrates swimming around the roots of the duckweed, some snared in the hydra’s stinging tentacles.

Overall, it seems a healthy ecosystem so far. The water is clear, the plants are thriving, and there are many invertebrates living there.